Top Posts
The Paradox of AI and Investing
Malaysia’s Fight Against Climate Change: Perspectives from a Central Banker
Crypto-assets and the Relevance of International Private Law
Whither International Banking Regulation?
Interview with Mr. Selman Bicaco Urrutia, Head of Private Banking...
Interview with Ms. Jelena Galić, Chairperson of the Board of...
Home Banking Eskan Bank as the Provider of Choice for Affordable Housing in the Kingdom of Bahrain
BankingCompanies 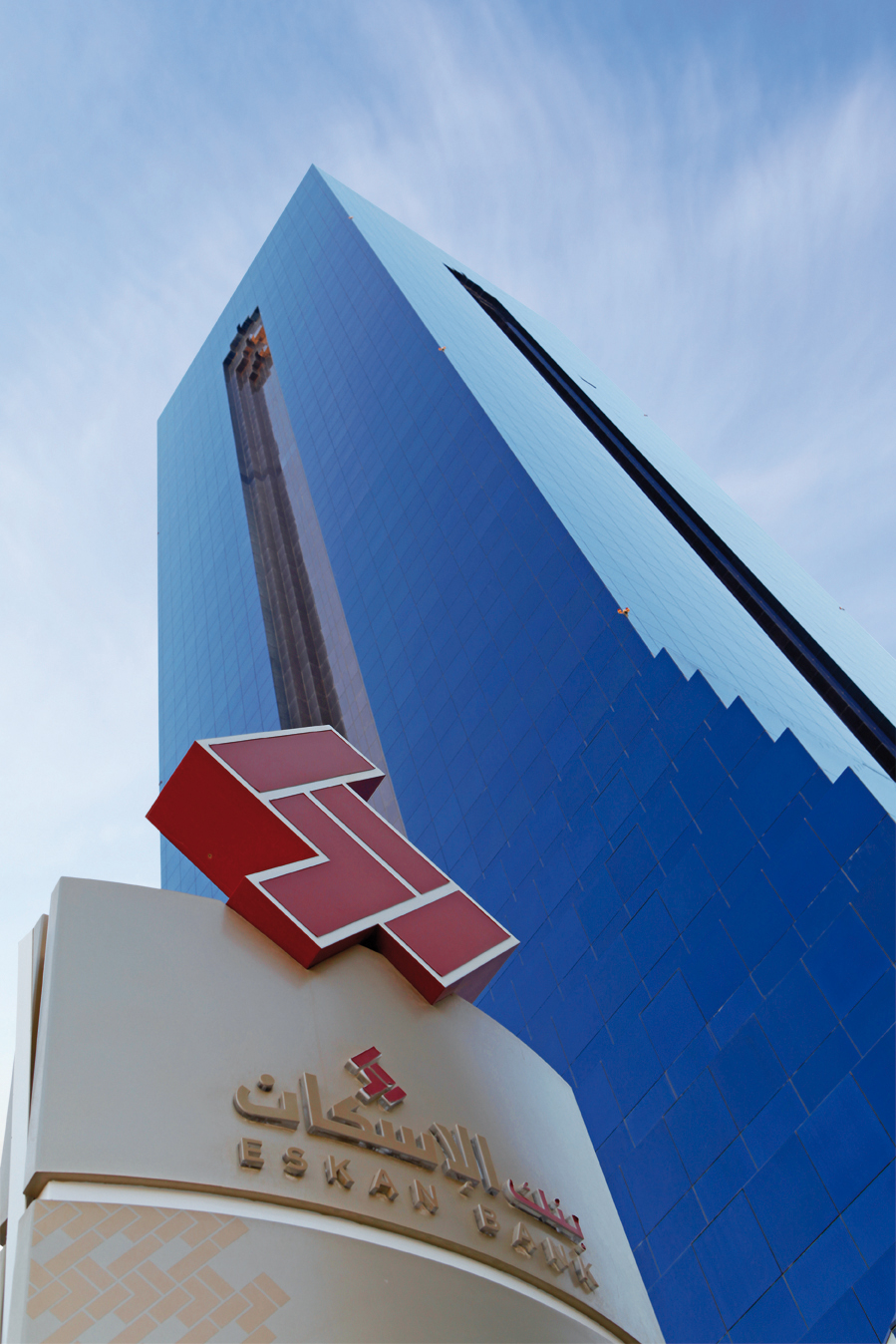 The Kingdom of Bahrain, an archipelago located just east of Saudi Arabia with a rich history, has in recent years been lauded as one of the fastest-growing, and freest, economies in the Middle East. The government of Bahrain has taken an active role in promoting the welfare of its nearly one million citizens. A prime example of this campaign is Eskan Bank (EB). Established in 1979 and fully owned by the government, the bank’s mandate is to provide financing to the low-to-medium-income population segment, specifically to acquire (purchase/construct) a primary residence, and contribute to related property development. Eskan Bank is the Kingdom of Bahrain’s leading residential-mortgage provider, with a crucial part to play in helping realize the national goal of providing a home to every family. EB’s motto and guiding principle is: “Developing synergies to create sustainable communities.”

Eskan Bank has demonstrated its dedication to fulfilling its social-responsibility role by developing affordable, subsidized housing solutions, fostering cohesive communities and improving the quality of life for eligible Bahraini citizens. The bank’s team of skilled professionals strives to develop long-term relationships with housing-finance clients so as to develop in-depth insight and understanding into each client’s particular needs and circumstances and provide them with the maximum number of housing-related choices. During its 36 years of existence, the bank has assisted more than 50,000 Bahraini families (representing approximately 35 percent of citizens) by providing more than BD 700 million in mortgage financing. With its authorized share capital of BD 400 million and paid-up capital of BD 108.3 million, EB operates under a restricted conventional retail banking license issued and regulated by the Central Bank of Bahrain (CBB). Its total assets at the end of 2014 stood at BD 610.7 million.

As the retail-banking, mortgage-financing arm of the Ministry of Housing (MOH), which is responsible for the allocation of social-housing financing to eligible citizens, EB supports the MOH’s efforts to reduce the waiting list of beneficiaries of social-housing services. The bank has been instrumental in developing and shaping the evolving Bahraini mortgage market over the past three and a half decades. EB’s top priority is to help deliver homes to Bahraini citizens that are enjoyable to live in, economically maintained and attractively priced. As part of its ongoing improvement drive, EB recently restated its core values, which include integrity, respect, ownership and innovation, with a particular emphasis on the “respect” it displays in so many different ways to its customers.

In addition to mortgage financing, Eskan Bank and its subsidiaries develop affordable housing at subsidized prices and design housing projects as cohesive communities as opposed to segregated segments, with free common areas, facility maintenance and management, and active owners’ associations. The bank is increasingly paying more attention to design details that better serve customer needs in their property-development work, such as through the inclusion of green technology. EB has been instrumental in raising funds and forming partnerships with property developers for the construction of affordable housing units and community and commercial real estate projects. The bank encourages active private-sector involvement in addressing the Kingdom’s housing needs and has created innovative financial packages that attract private-investor participation.

Although its concentration has and continues to be in home ownership, property development and investment, EB has aimed for systematic and consistent growth during the past 10 years and has continued to extend its network and scope of services. It has expanded its range to additionally offer such services and products as investment and retail banking, Sharia-compliant financing, treasury and capital-management services. 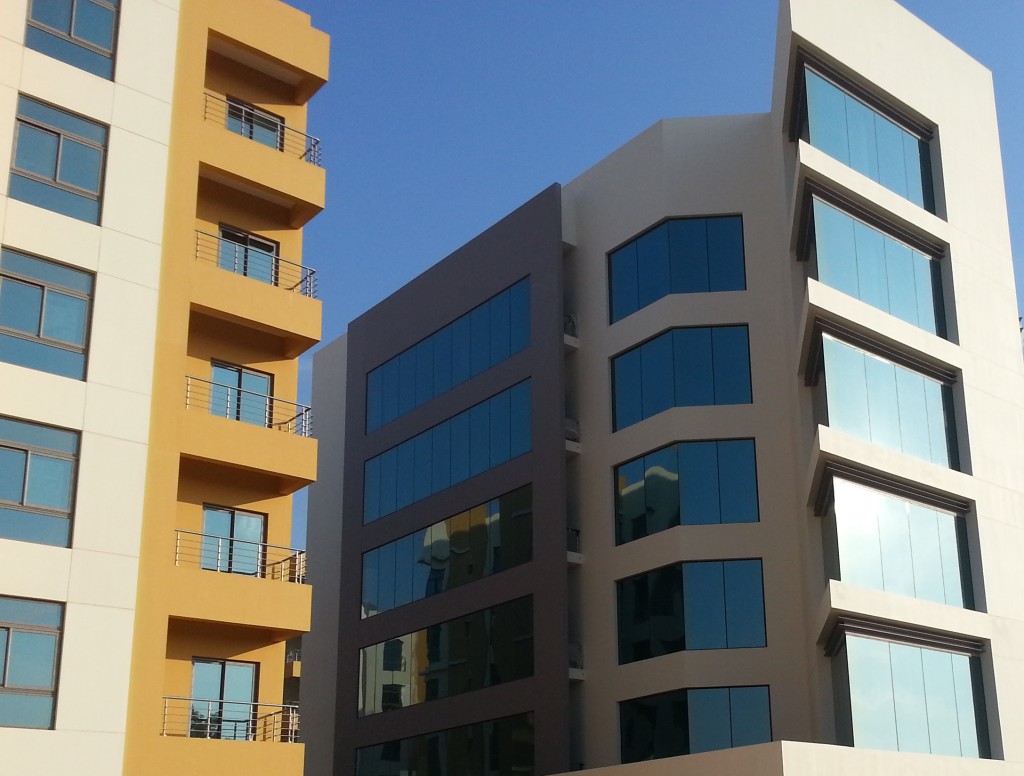 Eskan Bank’s contribution to the prosperity and stability of the Kingdom is uncontested. By providing the means by which lower-income citizens are able to purchase homes and by involving private-sector financial and real estate development providers, the bank has played a significant role in creating a stable economic and social platform across the country. The positive ripple effects to the wider economy have been immeasurable. Amidst the highly competitive and saturated Bahrain retail-banking sector, Eskan Bank stands out as the undisputed housing bank of Bahrain, with a Ministry of Housing mandate that completely covers the beneficiaries of the MOH’s social-housing services, approximately 80 percent of the employed Bahraini population.

EB’s wholly owned property-development subsidiary, Eskan Properties Company (EPC), was established in 2007 to develop affordable and social housing, community, commercial and tourist projects in partnership with private-sector participants and government officials. Priority is given to projects that will create low-to-medium housing units that can be serviced by the loans of EB or commercial lenders. Its stated vision is to aspire to contribute to the social fabric of Bahrain by designing, creating and regenerating sustainable communities. The subsidiary’s services include project assessment, design management and planning, project-development management, surveying, sales and marketing, and facilities management. The company seeks to be recognized as a top-notch real estate development firm and has developed a wide-ranging consultant network through which it offers feasibility studies, urban development, land assessment, architecture, design and construction. Its talented staff aggressively pursue development opportunities in key geographic areas of the Kingdom, all with the goal of improving Bahrain’s commercial and mixed-use communities.

One project, the Social Housing Financing Scheme (SHFS), is a collaboration with the Ministry of Housing and the government of Bahrain that allows private-sector developers to sell their affordable housing units to social-housing customers through MOH-subsidized mortgages from participating retail banks; in effect, the government subsidizes mortgagors as needed. Eskan Bank is currently the subsidy administrator, acting as the liaison between the government and banks, ensuring monthly subsidies are paid toward customer instalments. Additionally Eskan Bank will soon spearhead the execution of all services of the scheme on behalf of the government, a task awarded to EB based on its high-calibre track record and superior customer-service standards.

Another program designed by the bank is called Tomooh, meaning ambition. This involves guaranteed buyback options to purchasers of EB-developed apartments, often young couples just starting out with limited disposable income, allowing them to sell their apartments in seven to ten years at market prices less a 10-percent discount and move up to more enhanced residences, such as single dwellings or villas. There is a long-held stigma attached to apartment living in Bahrain, which this program aims to correct by providing quality housing at affordable prices. Other initiatives include a dual-pricing system to discourage speculation, annual architectural and engineering awards to university students to foster excellence in the field of housing development, and cross-subsidization of mixed-use development leading to lower prices of social housing for the benefit of EB’s target market. 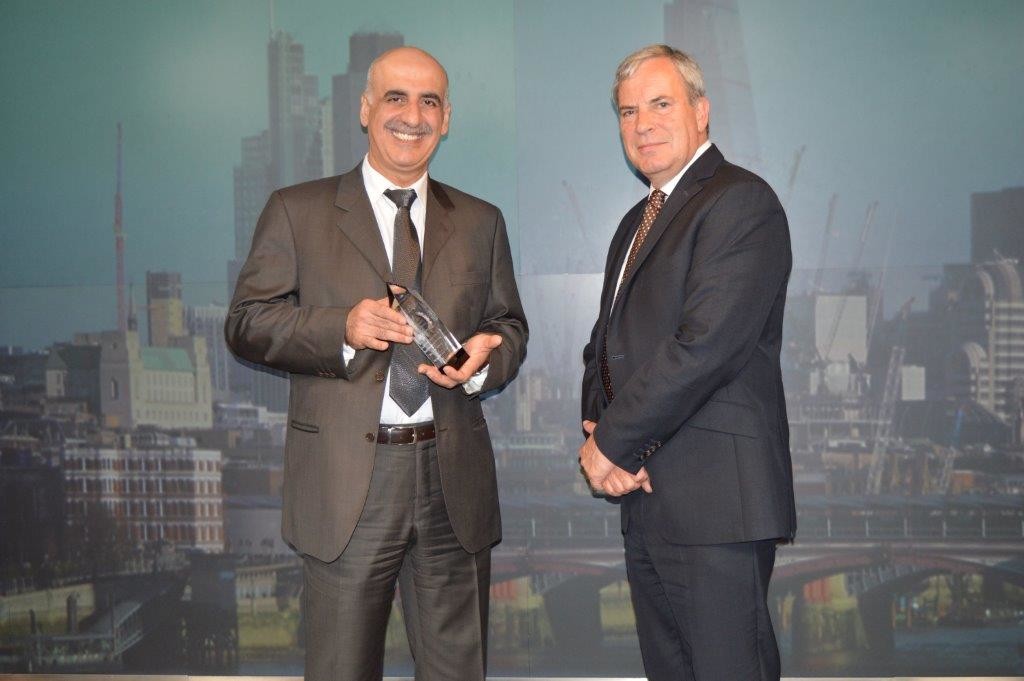 Eskan Bank began implementing a five-year strategy in 2012 that significantly strengthens the bank’s ability to stand behind the social agenda of Bahrain’s Economic Vision 2030. This initiative outlines the bank’s role in assisting the MOH to significantly reduce the backlog of housing applications of low-to-medium income families. Accelerated construction of social housing units in partnership with the private sector will be the principal means by which this goal is achieved. As part of this project, the bank plans to build 2,500 housing units by 2016 on its own land and through joint ventures with the private sector.

During 2014, Eskan Bank reached a record number of customers served and provided BD 61 million worth of mortgages. This has been made possible from productivity boosts resulting from reduced customer turnaround times and the initiation of process re-engineering. Process re-engineering is now a regular yearly exercise at Eskan Bank that enhances customer satisfaction from faster processing of mortgage disbursements.

As part of its innovative work in the mortgage market, Eskan Bank has been the enabler for other financial institutions to assume enhanced roles in the social/affordable housing sector. Examples of this include introducing the concept of pari-passu mortgages, allowing customers to obtain more competitive top-up loan rates from local banks extended over a much longer tenure when compared to personal loans. This has been achieved by allowing banks to create pledges on house title deeds prorated to their contributions and standings in pari-passu rankings. This creates less costly funding for the beneficiaries of social-housing services that can be repaid over longer, more manageable periods of time.

Into the future, Eskan Bank has set in place a plan to expand the range and competitive edge of its products and services to customers, while maintaining a strategic focus on high standards of customer service. By concentrating on these goals, the bank is forecast to go from strength to strength over the coming years. Key to development will be continuing to work successfully on the five-year project with the Ministry of Housing that was launched in 2012. The social agenda of Bahrain’s Economic Vision 2030 will help provide a better economic platform for growth, development, success and stability for Bahrain’s future. The work of Eskan Bank within the housing market is a core feature of Bahrain’s developmental trajectory.