Top Posts
Why Banks and Not Platforms Will Be the...
The New “Business as Usual”
How AI Is Changing Customer Experience
New Rules for International Banks that Provide Cross-Border...
The Crisis Will Be Lengthy, and No Sharp...
An Updated Bank Secrecy Act/Anti-Money Laundering Examination Manual...
Home Banking Eskan Bank: Making Home Ownership a Reality for Bahrain’s Citizens
BankingCompanies

From a financial standpoint, Bahrain’s Eskan Bank has enjoyed a very fruitful 2015, particularly in terms of the performance of its core business—housing. The bank recorded positive growth in its mortgage-loan portfolio and also made great strides in several of its social and affordable housing initiatives. Total net income grew by a healthy 8 percent during the year, while the bank’s capital-adequacy ratio continued to improve to 151.72 percent. Indeed, housing, particularly from a social context, has become the heart of Eskan Bank’s existence and success. 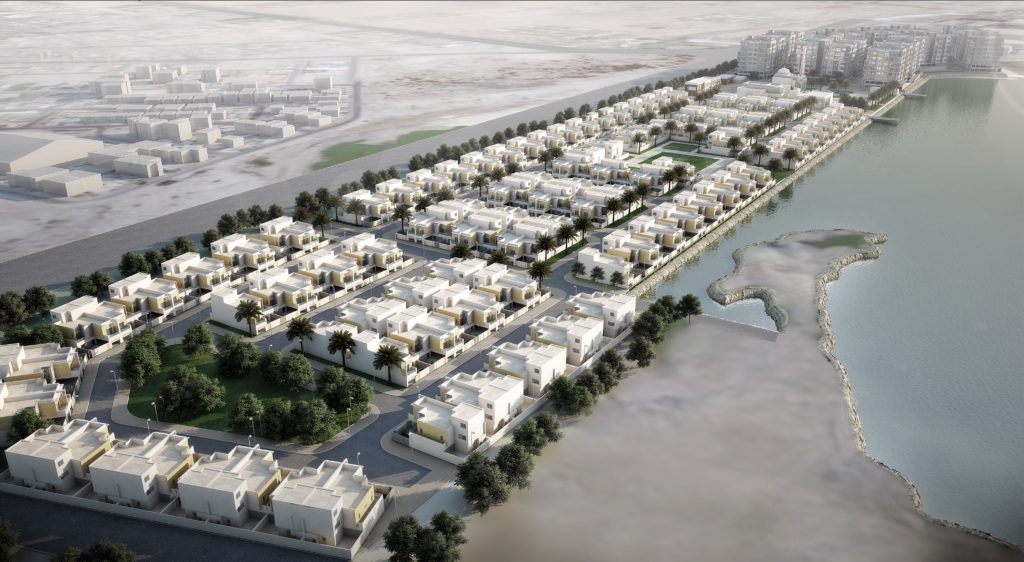 Eskan Bank’s business revolves around real estate, through property-development services, including construction of buildings; management of property; research and consultation; security services; and real estate-related sales and marketing services. Within this broad area, however, its commitment towards improving social housing has now increasingly taken over as the bank’s core function. The stated provision of “innovative and sustainable housing solutions” for Bahrain’s citizens forms the backbone of Eskan Bank’s presence in Bahrain, and its crucial involvement in this area—more than any other—epitomises the bank’s success in recent times. Although the Ministry of Housing (MOH) is responsible for the allocation of social-housing financing to Bahraini citizens, Eskan Bank provides pivotal support through the processing and disbursing of approved social-housing financing applications to the citizens. In doing so, the bank comprehensively—and somewhat exclusively—assists the government of Bahrain in achieving its housing-sector goals.

In order to achieve such goals, moreover, Eskan has managed to develop key partnerships with the private sector that have allowed funding for social-housing beneficiaries to be raised. The partnerships have also helped to increase the overall supply of housing units, as well as ease the burden on governmental agencies such as the MOH and the Ministry of Finance (MOF); introduce new investment opportunities to private banks, developers and landowners; and deliver high-quality, affordable housing more quickly to eligible citizens. Through the bank’s property-development subsidiary, Eskan Properties Company (EPC), social, affordable community and commercial projects, in partnership with the private sector and the government, are consistently developed. 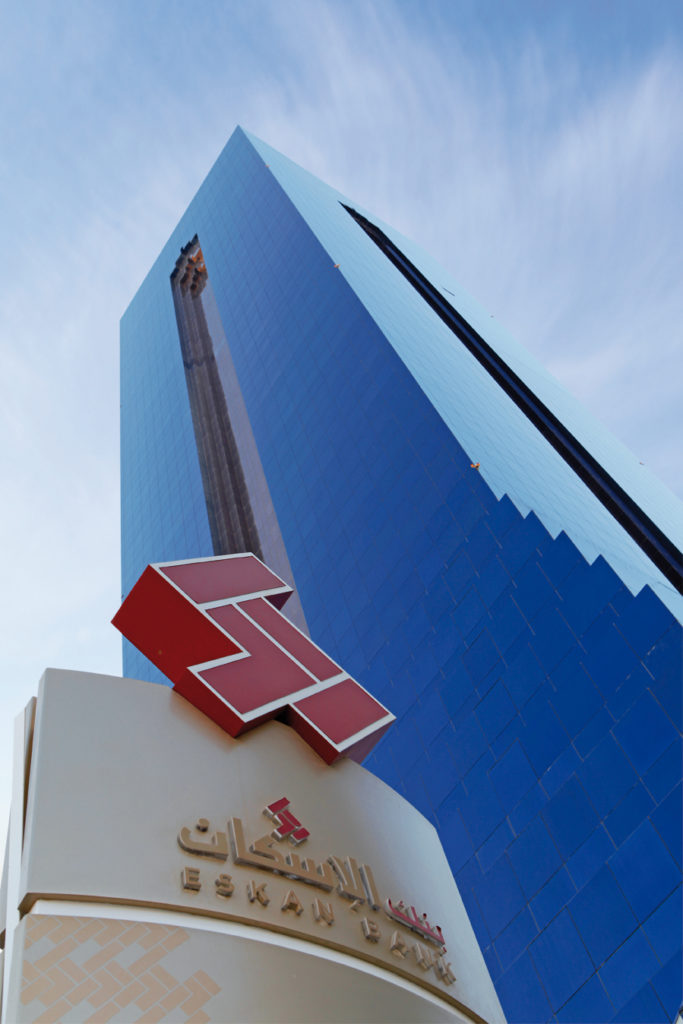 Eskan Bank has a long and prestigious history with regards to Bahrain’s real estate market. Having been established in 1979, its main mission was to provide mortgages for Bahrain’s low-to-medium-income citizens, and also to engage in community-related property-development activities. Since then, the bank has provided over BHD 772,8 million worth of mortgages, which have benefited more than 54,452 Bahraini families.

Today, Eskan offers investment banking, retail banking, Sharia-compliant financing, and treasury and capital-management services, in addition to property development. It is Bahrain’s unequivocal leader in residential-mortgage provision and one of the biggest banks in the property-development market. It is wholly owned by the government of Bahrain, and as such, it supports the social agenda of Bahrain’s Economic Vision 2030, part of which is to assist the MOH in significantly reducing the backlog of housing applications by Bahraini families on low-to-medium incomes.

One could describe Eskan Bank’s approach to customer service as holistic. Although its primary responsibility remains the private Bahraini citizen, its close working associations with the government and private sectors mean that the bank’s very definition of what customer service constitutes is broader than that of other regional banks. For Eskan, the term customer can be categorised under the public, the private sector, the government and/or even the environment, given that solar power and LED lighting are both used on Eskan Bank’s latest development of 18 villas in Hamad Town. This supports the environment in the form of lower and cleaner energy demand, as well as helping residents themselves through lower electricity bills, which in turn allows the government to lower subsidies. 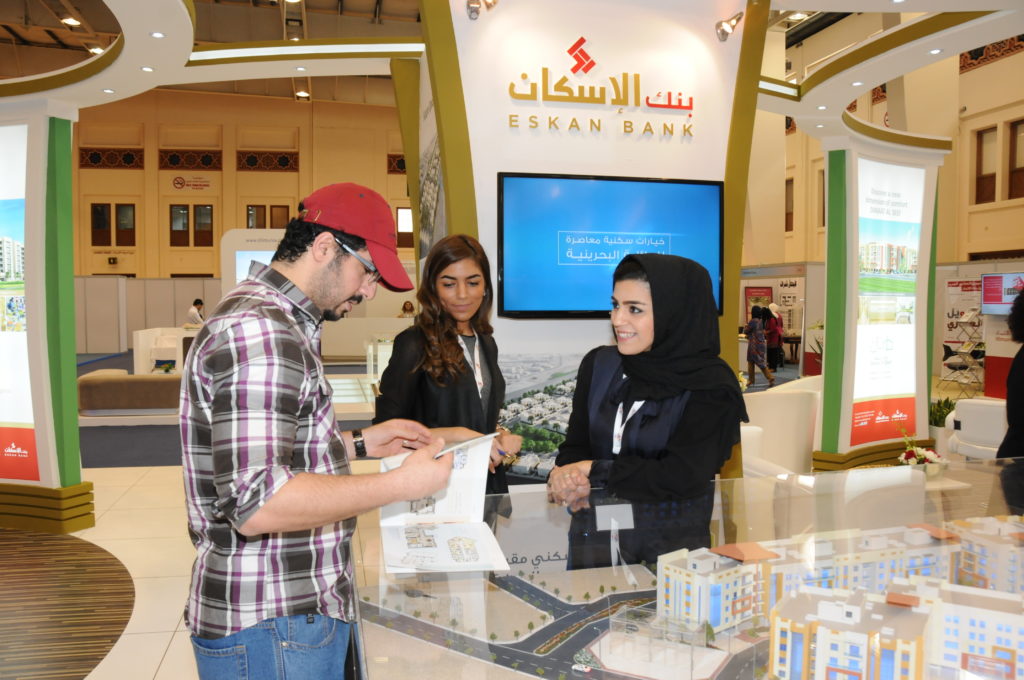 Such an approach has emerged from a shift in Eskan Bank’s primary focus away from retail banking and toward devoting more resources to the affordable-housing sector. This has allowed the bank to extend its reach to potentially new client segments, meaning that government entities such as the MOH and MOF; the private sector, including property developers, financiers, landowners; and the general property-buying public who require housing assistance can all be covered competently. In doing so, solutions are designed partly with the aim of benefiting as many customer groups at the same time as possible. Last year, for instance, Eskan Bank worked with the government to pass new regulations that would allow homebuyers to obtain cheaper top-up mortgages from any participating bank on a side-by-side basis. This opened up a new income stream for private banks, made mortgages more affordable for beneficiaries, and helped trim the government’s waiting list.

The Tomooh programme is a prudent example of such cohesion being demonstrated by Eskan Bank’s customer-service remit. The initiative is designed to accommodate the Bahraini citizens’ general aversion towards apartment dwelling, while also supporting government efforts to promote such a mode of living, ultimately to create better planned cities. Therefore, Eskan incentivises low-income families to purchase an apartment as their first home and guarantees to buy it back at 90 percent of its market value between eight and ten years later, enabling the families to build equity and eventually afford bigger homes.

Eskan Bank also invests generously in new technology, primarily to allow the bank to handle more customers. Indeed, new IT (information technology) infrastructure has enabled the entire loan-application process—from application to disbursement—to be dramatically reduced from six weeks to just 15 days. In addition, the bank has implemented the Electronic Funds Transfer System (EFTS)—a national funds transfer-and-payment system—that has facilitated significantly greater speed and transparency for customer transactions. The bank’s staff can also now identify more easily those customers and debt-holders that are struggling to make repayments on outstanding loans, and in so doing, alleviate some of their problems by rescheduling their loans to more manageable levels. Such technology adoption allows the bank to be more in tune with its customers’ needs and provide a more tailored level of service than would otherwise be possible. It also gives Eskan a wholly improved level of efficiency on which to operate. 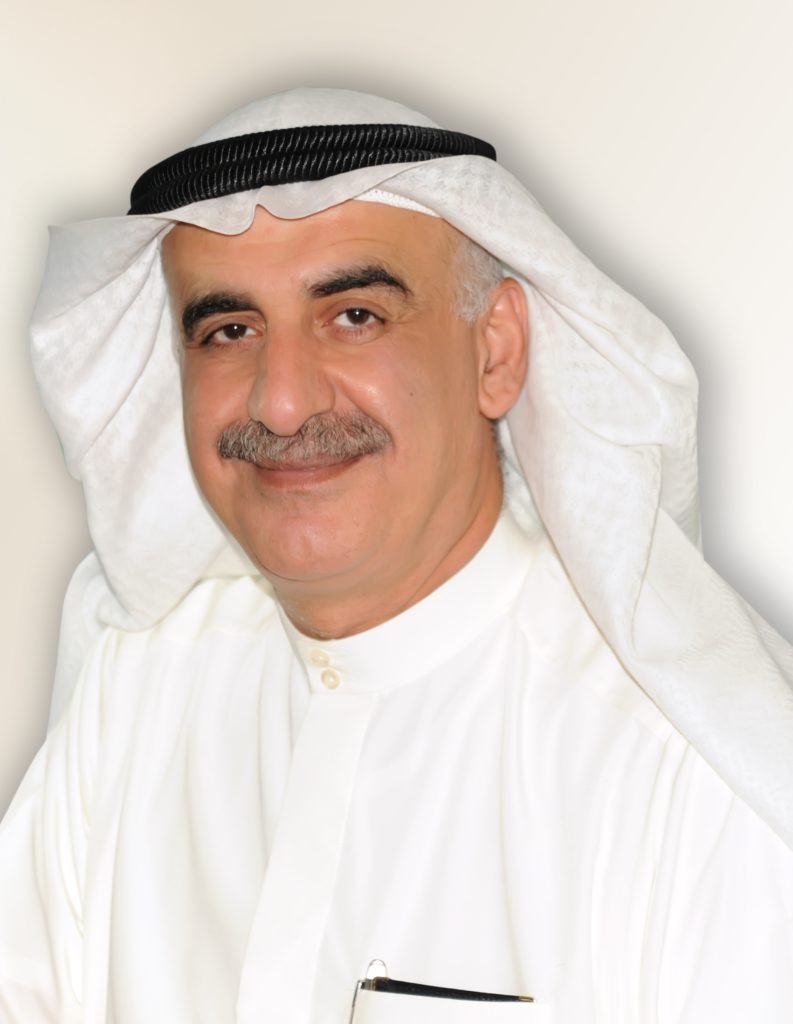 Eskan Bank’s consistent excellence in customer service is underpinned by its dedication to ensuring that all employees are happy themselves. During the last year, this level of happiness was high, indicated by record levels of measured employee satisfaction. Through a fair and transparent appraisal process, the active promotion of a positive work environment and consistently available opportunities for career advancement, Eskan has fostered a productive working environment in which employees remain highly sensitive to the needs of customers. An internal hire policy also makes sure that better opportunities are made available to those who are already employed with the bank, thus rewarding employee loyalty to Eskan; as well, the bank is currently engaged in a Young Leaders training programme for its employees. The bank’s four stated core values are: Integrity through ones actions, Respect for others, Ownership of one’s tasks and Innovation in creating beneficial customer solutions. And it ensures that all employees adhere to these principles in their daily conduct with customers, as well as internally within the bank.

Beyond the mere numbers generated by Eskan on its financial statements—albeit as impressive as they are—the bank has fundamentally transformed the concept and perception of affordable housing in Bahrain. Through its development projects, modern, state-of-the-art housing units have been developed that genuinely provide those in need of affordable housing with high-quality living standards. Furthermore, the projects are proving to be environmentally responsible and are inducing the creation of tight communities.

Given that Eskan Bank’s national strategy has now been widely acknowledged by the private sector, the lender can continue shifting its core focus towards a more consultative role, supporting private-sector initiatives that seek to address issues around the provision of social housing in Bahrain. In addition, Eskan aims to continue providing pivotal support and expertise for the government’s national housing strategies, while ensuring that the quality of life for the initiatives’ beneficiaries distinctly improves. In practice, this will primarily involve ensuring that 40,000 housing units are delivered to those families most in need of such housing, and is done so as quickly as possible to ensure that the projects’ backlogs are kept under control and the government’s budget is not exceeded. Eskan also aims to facilitate financial empowerment of end-users through the housing finance scheme Mazaya, which substitutes governmental accommodation for people with access to financial assistance in the ownership of an affordable home.

The bank has set its sights on attracting even more private-sector funding sources, while potentially importing sizeable international finances for support with large-scale projects. The launch of the Real Estate Investment Trust (REIT) is also in the pipeline, one that will open up the opportunity for Bahraini citizens to invest in real estate projects and benefit from the rental income generated. Eskan Bank’s initiatives going forward will continue to improve the process of customer interaction, providing even more transparency, and ultimately generating much socioeconomic sustainability for Bahrain.

There Has Been Blood: A Summer Without Solace

Why Banks and Not Platforms Will Be the Future of Funding SMEs By Alastair Tyler, The London Institute of Banking… https://t.co/dG1IzU5O9u

Reply Retweet Favorite
The Crisis Will Be Lengthy, and No Sharp Upturn Lies Ahead By Philippe Waechter (@phil_waechter), Chief Economist,… https://t.co/06IBRDW6rq