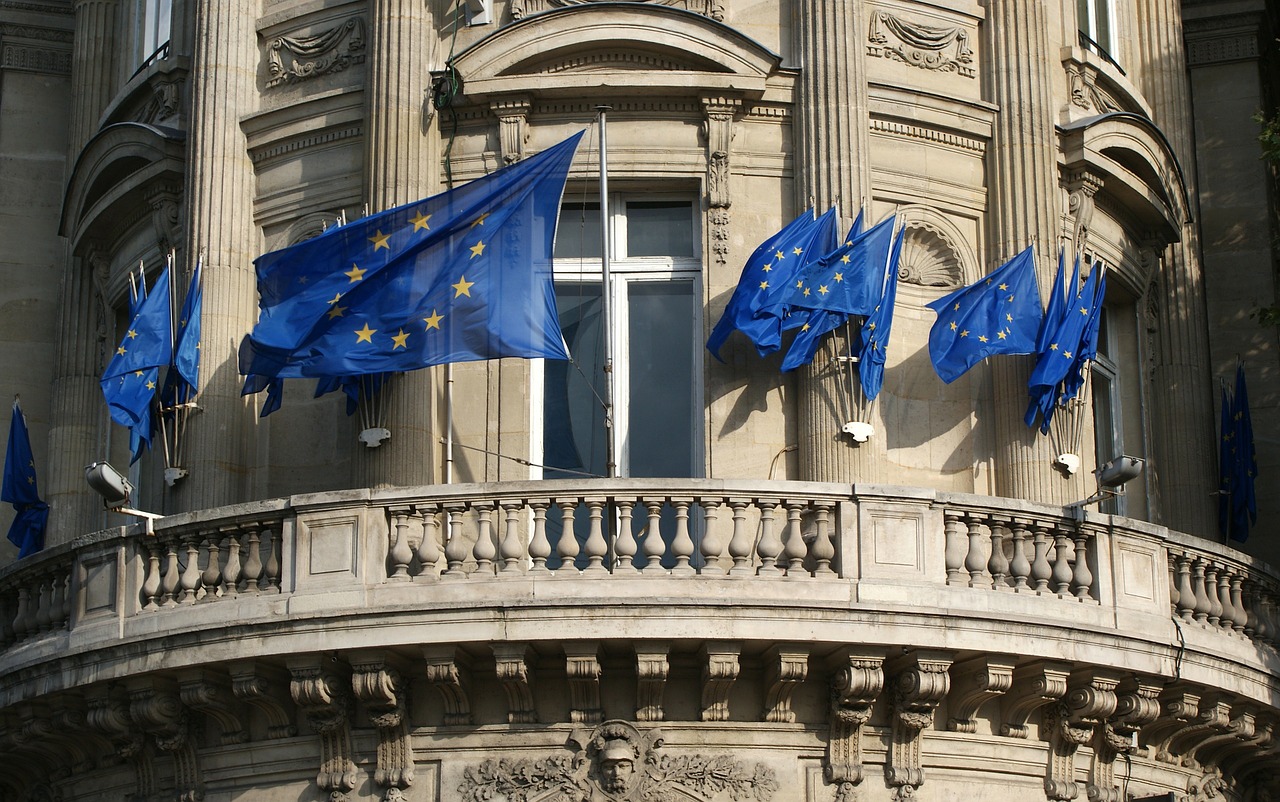 Global financial regulators have been grappling with the challenges of restoring and enhancing stability to the banking and financial-services sectors since the global financial crisis more than five years ago. In Europe, Brussels-based regulators have been working with policymakers and senior banking executives to improve the health of the financial sector and the wider economy, and also to help rebuild the continent’s mechanisms for feeding growth sustainably and consistently. As part of this phase change, regulators have recently carried out a number of stress tests on the largest European Union (EU) banks, the results of which have indicated that 25 of the 150 banking institutions assessed have failed their stress tests and fallen short by an amount of €246 billion in their combined capital buffers. Many of these have taken steps to remedy the situation and have set in place regulatory-approved plans to make up the shortfalls. Therefore, officially 13 banks out of the 150 banks that have been assessed have failed. These tests assess whether a bank is in the position to survive a rapid economic downturn by having sufficient capital in place. The European Central Bank (ECB) and the European Banking Authority have since revealed that the 13 banks that have failed the tests must add to their capital buffers to meet the requirements sufficiently—specifically capital shortfalls amounting to €9.5 billion ($12 billion)—so that they demonstrate they are strong enough to withstand financial-crisis economic conditions should they arise in the future.

To target the struggles of the EU economy and financial sector since the 2007-2008 credit crisis, regulators have been working towards putting in place sets of tests to more closely monitor and control the riskiness of the banking sector. Economic experts have noted, as frequently reported by the media, that pre-crisis banks were not properly regulated and their balance sheets were not properly controlled and monitored. By checking and placing restrictions upon the assets and liabilities on bank balance sheets, regulators are attempting to ensure that banks are properly prepared to guard against economic shocks and the potential losses associated with these shocks. A large part of the European economy’s difficulty in rebuilding since the time of the crisis has been due to a lack of finance and capital available across the economy. Banks have been reluctant to lend to individuals, small businesses, other banks and large corporations for fear of the potential riskiness lurking within the EU financial sector. These tests are designed to highlight and extract the weaker banks from the sector so that those remaining may develop a greater level of confidence and begin to facilitate lending in increasing amounts again and drive economic growth through investment in a stable manner. Additionally the tests will potentially signal to investors across the globe that the European financial sector is rebuilding strength, safety and stability.

The tests were carried out by the European Central Bank in conjunction with domestic regulatory bodies across 130 Eurozone-based banks—and across those of 18 nations as well as of Lithuania that will join the European Union in the new year. In addition the European Banking Authority has assessed 123 banks spanning 28 EU nations, including a number that are not officially part of the Eurozone—such as the UK. Combining the two samples, the tests were administered to meet an agreed-upon standard across the largest European banks proving ability to survive a range of economic downturn scenarios. In addition to the stress and scenario testing, an asset-quality review was carried out by the ECB and national regulators, designed to ascertain the asset quality and value held on balance sheets before scenario testing. The stress tests were designed to simulate a three-year period of economic shocks. Banks also had to demonstrate that they held sufficient capital to survive a downturn that would cause Europe’s economy to decline seven percent below current estimates and forecasts, combined with a rise in the unemployment rate to 13 percent, in order to pass the tests. To pass banks also had to show core capital buffers exceeding eight percent of risk-weighted assets under a scenario of economic development forecast through to 2016. Under the crisis scenario, a simulation of the EU falling into a two-year recession was put upon a bank’s balance sheets—including scenarios of panic, rapid downturns and collapses—under which the bank had to demonstrate  capital-buffer maintenance of at least 5.5 percent.

Economic advisers, investors and analysts across the globe are optimistic that these types of test phases will lead to positive gains in bank share prices and additionally have the potential to lead to a phase of positive consolidation in the banking and financial-services sectors as the weaker banks are removed or taken over. The goal is in part to reassure worldwide investors and the wider public that stability has been restored to the European banking system. This reassurance will hopefully also restore vitally needed confidence to investors and lenders and stimulate crucial EU economic development and activity—which has been severely lacklustre over the past five years. Households and businesses urgently need financing and loans to develop and grow. The ECB was put in charge of monitoring large European banks after the banking crises of Spain, Ireland and Cyprus occurred. Euro-based countries placed the ECB in charge of this supervision last year when it was established that national supervisors were not fulfilling their roles sufficiently when it came to stabilising the banking sector and the associated cross-border risks. This ECB role will be in full effect from this November. Hence, the ECB set the deadline for stress testing for the end of this October so that they may establish a proper starting point and assessment of the banking system at this time.

This stage of testing has indicated that a substantial number of the shortfalls were with Italian banks—which will now need to raise an amount of €3.3 billion in capital to meet test requirements. These results have meant confidence has dropped in the Italian economy for investors, as the results are seen as an indication of a weak and unstable financial system and economy. In particular Italy’s  Banca Monte dei Paschi di Siena, considered to be the world’s oldest bank and Italy’s third largest, was found to be one of the worst offenders in the ECB stress testing; its share price subsequently slumped a large 15 percent after the test findings were announced. Banca Monte dei Paschi di Siena failed the stress tests with a €2.11 billion capital shortfall and is now grappling with its future altogether; the bank may be bought by a larger rival bank. In addition Greek and Cypriot banks had three failing banks in each nation, but for now they are indicating that the capital shortfalls may be manageable. Meanwhile, Spanish and German banks performed well in this phase of tests, although certain major German banks only just passed, and understandably regulators, investors and analysts are now keeping a closer eye on these institutions and their balance sheets.

The failing banks have been given two weeks to either remedy their capital shortfalls or set in place plans that the regulators find acceptable to make up the deficits. These banks must increase their capital buffers and are likely to do so by selling new shares or divesting assets. In worst-case scenarios, banks may seek help from governments. However regulation has been set in place ensuring that shareholders and subordinated creditors absorb losses prior to any taxpayer money being given to a bank. Regulators will then allow banks nine months to execute their plans and meet capital-regulatory requirements satisfactorily. Phases of stress testing have been carried out in the past, in 2010 and 2011 most recently. However these tests were not as effective in fulfilling their purposes and have been criticized by economic and banking experts for being redundant, given that certain banks passed the tests at the time and soon after required taxpayer bailouts. Computational failings left the tests ineffective and inadequate in identifying weak banks and problem areas of balance sheets. In this phase of stress testing, the ECB carried out a more comprehensive and thorough assessment of bank assets and their quality, and it used this assessment to ensure that they are properly and accurately valued. As part of this asset-quality review phase, the ECB checked that banks had not overvalued asset holdings. This valuation phase administered by the ECB resulted in banks having to reduce the value of assets by a total amount of €47.5 billion and additionally identified €135.9 billion of troubled assets, known as nonperforming exposures—that banks had failed to identify as such prior to testing. The stress tests were then performed after the asset-quality review results had been established.

Overall this phase of testing is a step in the right direction, and analysts, investors and economic experts are indicating support and optimism for the changes being made. Some are calling for greater capital buffers, but overall the testing is working somewhat as intended—restoring confidence, albeit very slowly. The testing and publication of the results have helped build transparency and trust in the European financial system and may help rebuild growth into the future if the ECB continues with its thorough approach.

Capitalising on the Cloud Opportunity