Over the last five years, Cambodia has experienced strong, consistent economic growth. The country’s GDP expanded by 7 percent in 2014 and has grown by more than 6 percent every year since 2011. Its inflation rate, meanwhile, has remained modest, staying below 5 percent since mid-2012. However, foreign direct investment (FDI) has been moderately constrained in recent times due to political tensions and labour unrest in the garment industry. Net FDI inflows fell by 9.9 percent in 2014 as a result, while the deposit market also showed signs of weakening. Despite the fairly challenging conditions for the banking sector, local lender the Foreign Trade Bank of Cambodia (FTB) has demonstrated remarkable levels of resolve, with 2014 proving to be a year of significant growth. Among its many highlights, FTB’s total assets grew by 27.63 percent during the year to reach $609 million, shareholder equity rose by 14.63 percent to $81.97 million, non-performing loans ratio was maintained at a comfortable 1.53 percent, and net profit after tax increased by 14.6 percent to $10.46 million. The bank also achieved strong growth in deposits and loans, of 28.67 and 33.32 percent respectively, while its total capital was maintained comfortably in excess of the mandated requirement of the National Bank of Cambodia. 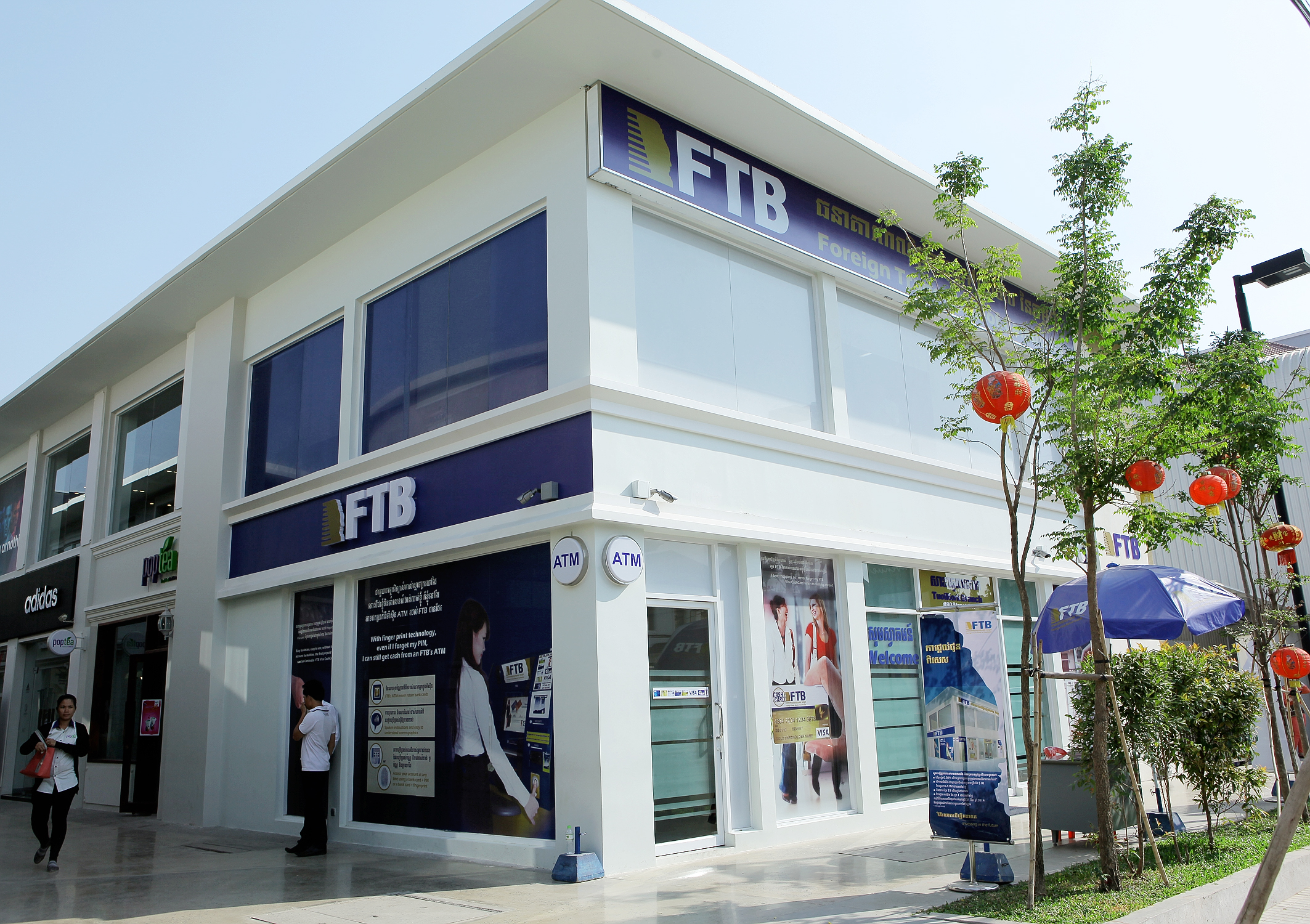 The exterior of Tuol Kork Branch

FTB was first established in 1979 under the umbrella of the National Bank of Cambodia, when the country had adopted a planned economic system and the banking sector was under government control. Over the years, the bank has evolved from being a fully state-owned entity to embracing the free market in 2005 by becoming a government-private joint-stock bank. Since then it has shed the majority of its state ownership—today only 10 percent of the bank is owned by the government. 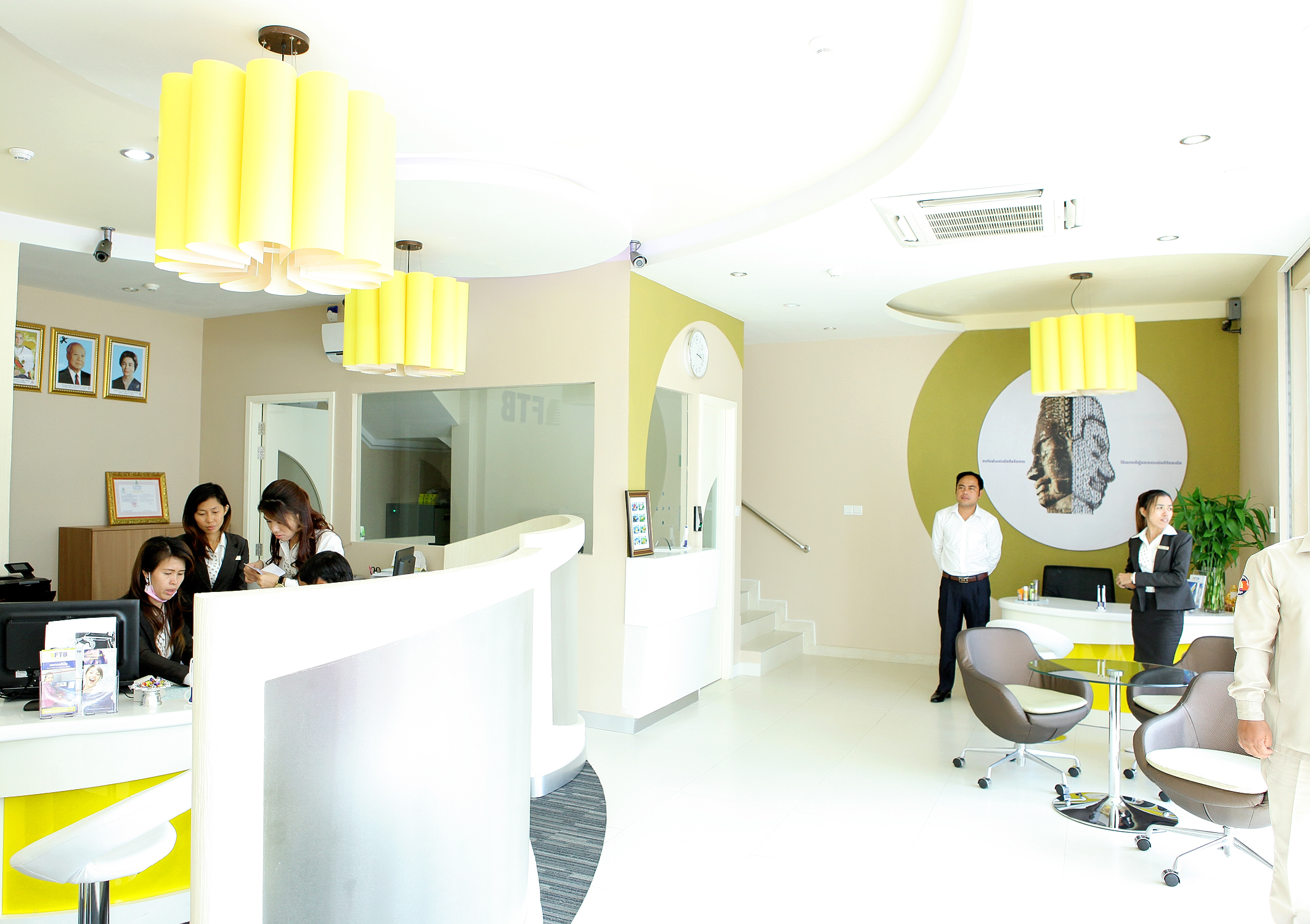 The interior of Tuol Kork Branch

Throughout its 36-year existence, FTB has fostered a strong culture of delivering first-class customer service. To achieve its stated aim of being “the preferred commercial bank in Cambodia”, the bank has concentrated on maximising customer confidence, its level of service, and its range and quality of products. An example of this can be seen in FTB’s recent introduction of “instant card” issuance, where the bank has accelerated its process of providing banking cards to its customers, from three days to just 15 minutes. FTB also recognises the need to reach as many of Cambodia’s citizens as possible and has recently stated that it will continue to set up new branches in strategically advantageous locations. With this in mind, the bank opened up two new branches in 2014, in Battambang and Phsar ThomThmey, which brought its total branch count in Cambodia up to 10. The new Battambang branch positions FTB in Cambodia’s largest rice-producing province and allows the bank to serve not only general consumers but also some of the country’s biggest agricultural firms and rice millers. The Phsar Thom Thmey branch has been established in the largest traditional market in Cambodia, which is open every day of the week and serves approximately 3,200 SMEs (small- and medium-sized enterprises) and customers who frequent the market. FTB’s newly established presence will give such SMEs greater access to finance and therefore help to develop local business. Its network across the country was also enhanced through the formation in 2014 of a key strategic partnership with WING (Cambodia) Ltd, the first mobile-payment services provider in Cambodia. The arrangement allows FTB’s Prepaid Visa CashCard products to be sold, distributed and reloaded through more than 1,200 Wing Cash Express Agent outlets throughout Cambodia. 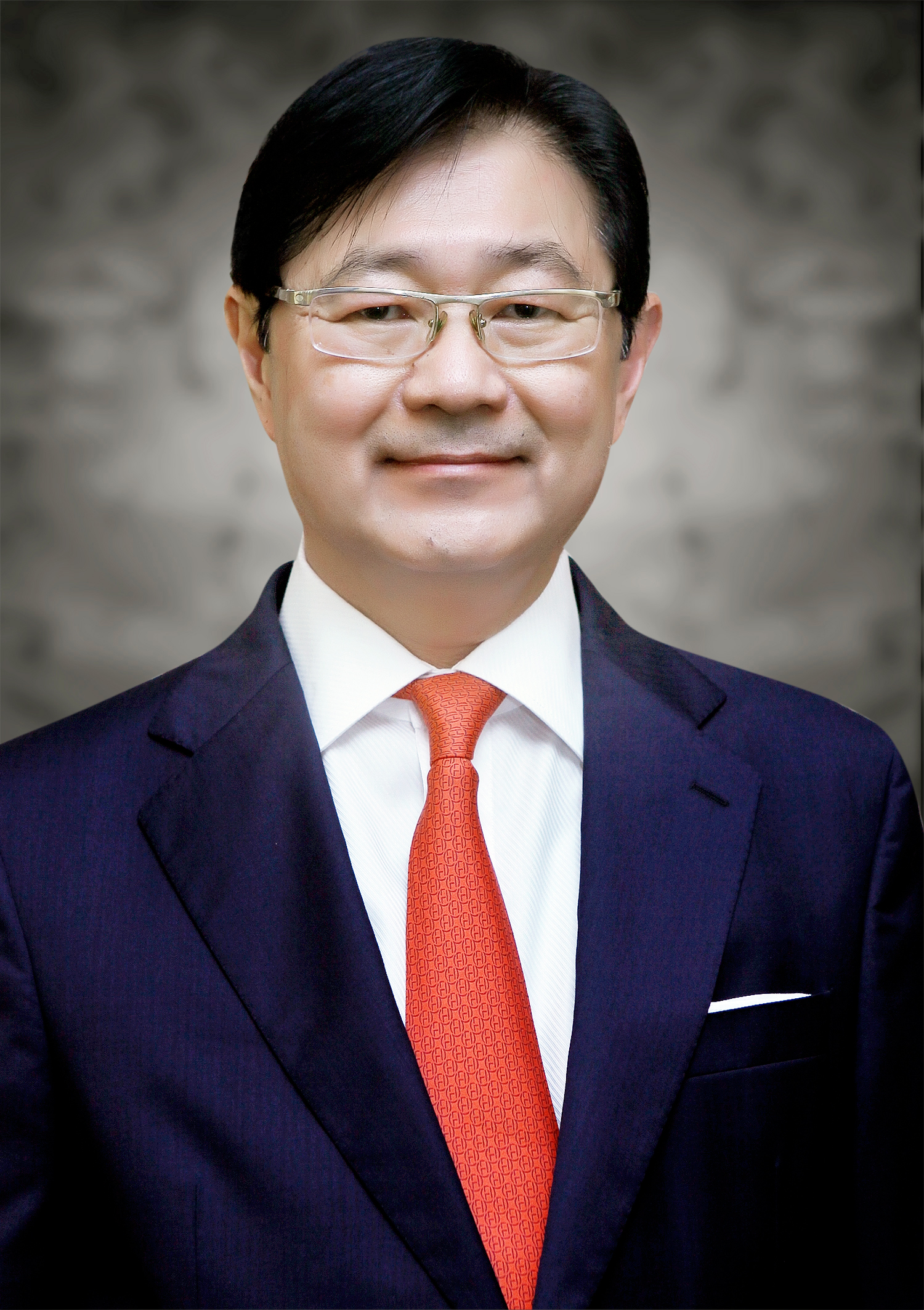 Another area in which FTB has consistently been a leading light is in corporate social responsibility (CSR). The bank supports important initiatives designed to help some of the most disadvantaged in Cambodian society. The Cambodian Red Cross, for example, is regularly assisted by FTB to help improve the living standards of the Cambodian population. FTB also donates to NGOs (non-governmental organisations) such as CCF (Cambodian Children’s Fund), which supports the education of poor children; Kantha Bopha Children’s Hospital, which provides children with free medical access; and an NGO involved in the construction of Cambodia’s first hospital to exclusively focus on providing modern healthcare services to women. Moreover, FTB is helping to alleviate poverty, along with Agence Française de Développement (AFD) and the Ministry of Economy and Finance (MoEF), through a $15-million credit facility to finance the electricity and clean-water sectors in accordance with the government’s economic-development policy. The credit facility will help to develop sustainable business in this area in order to provide the rural population within Cambodia with access to water and electricity. FTB also recently sponsored the SME Cam Interfair 2015, which provides an ideal platform to SMEs to showcase their products to the public and engage with potential business partners. 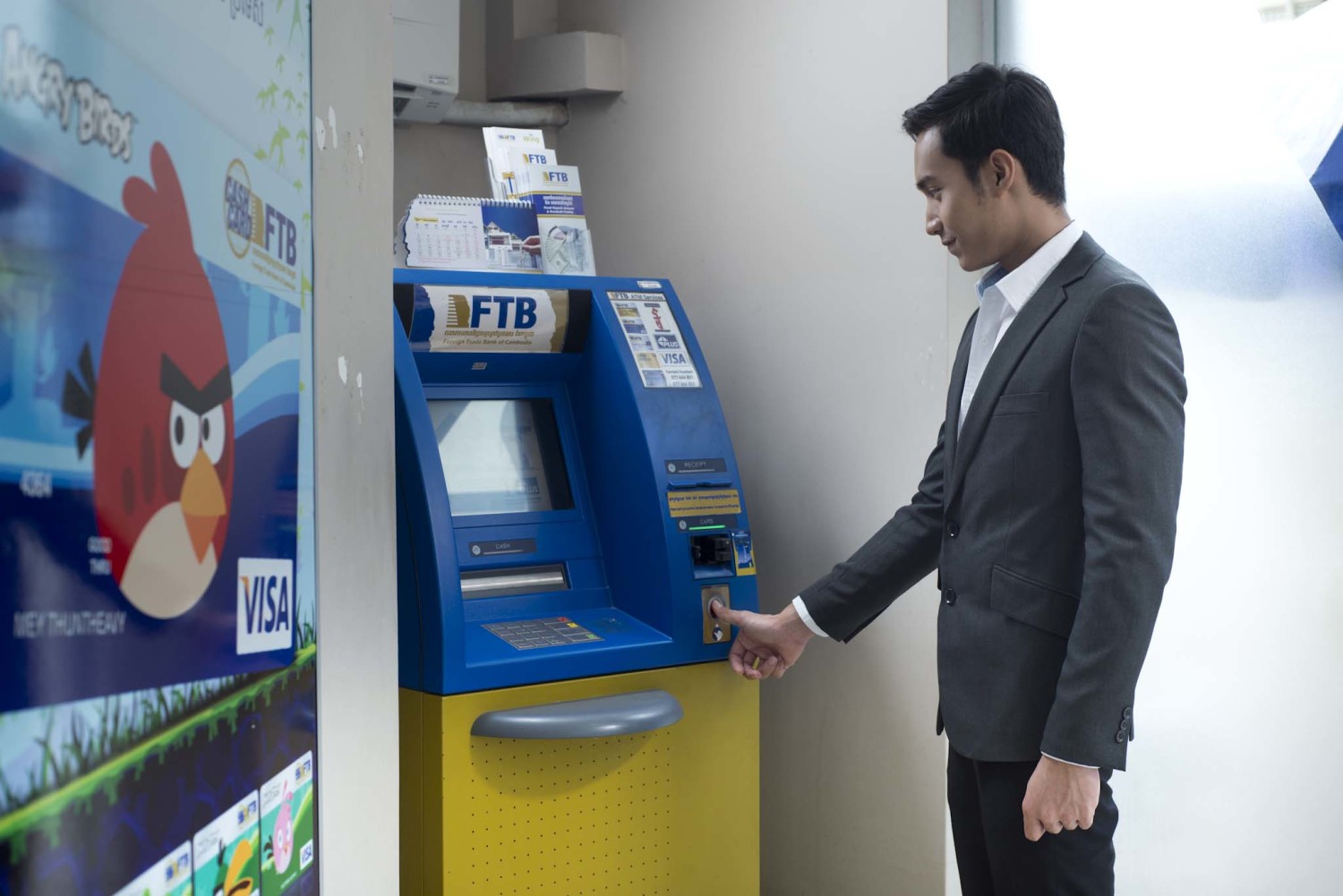 Given the fast pace of technological progress within banking, FTB has made it a priority to ensure that many of the latest and most innovative products in the industry are provided to customers ahead of its banking competitors. Its ATM machines, for example, were the first in Cambodia to have biometric technology installed on them along with voice recognition and convenient touchscreens. FTB was also the first bank in the country to introduce Visa Prepaid Card, which facilitates purchases online, while the bank has installed point of sale (POS) terminals that allow customers to make deposits and withdrawals from their accounts using unique and innovative fingerprint-recognition technology. To stay well-informed of the latest and most advanced products, FTB has formed strong partnerships with several dynamic technology companies, including Visa International and Easy Cash Network, Interblocks, Wincor, Ingenico and PaySys. This commitment to product development has led to considerable industry-wide recognition, particularly in June 2015 when FTB was rewarded with the prizes of Outstanding Innovative Product and Service Bank Award and Outstanding E-Banking Award 2015 by the International Data Group (IDG) ASEAN.

According to the Asian Development Bank’s 2015 outlook, credit growth rose by more than 30 percent in 2014 alone, indicating strong growth in the risk appetite of Cambodia’s banks. The increasing foreign-banking presence within the country has been attributed with much of this rapid expansion, often with funding originating from abroad. Domestic deposit growth, however, has not matched the credit expansion. In early 2014, the IMF (International Monetary Fund) noted that Cambodia’s level of excess reserves, as a share of deposits, gradually fell from 30 percent in 2010 to around 10 percent towards the end of 2013, while the loan-to-deposit ratio rose to more than 100 percent. FTB has addressed these concerns, principally by maintaining a conservative approach to risk management, ensuring that it takes on only risks that it understands. This strategy has meant that the bank’s asset quality has remained high, while non-performing loans remain at a manageable level.

To encourage more long-term deposits, FTB has also launched a fixed-deposit-overdraft facility product with the deposit term of up to 10 years, combined with a flexible overdraft. This ensures that customers can gain access to cash in the short-term without having to break the terms of the fixed deposit. Among the very latest products on the market, the facility helps to reduce the funding mismatch gap, as its lending terms are longer than deposit terms. 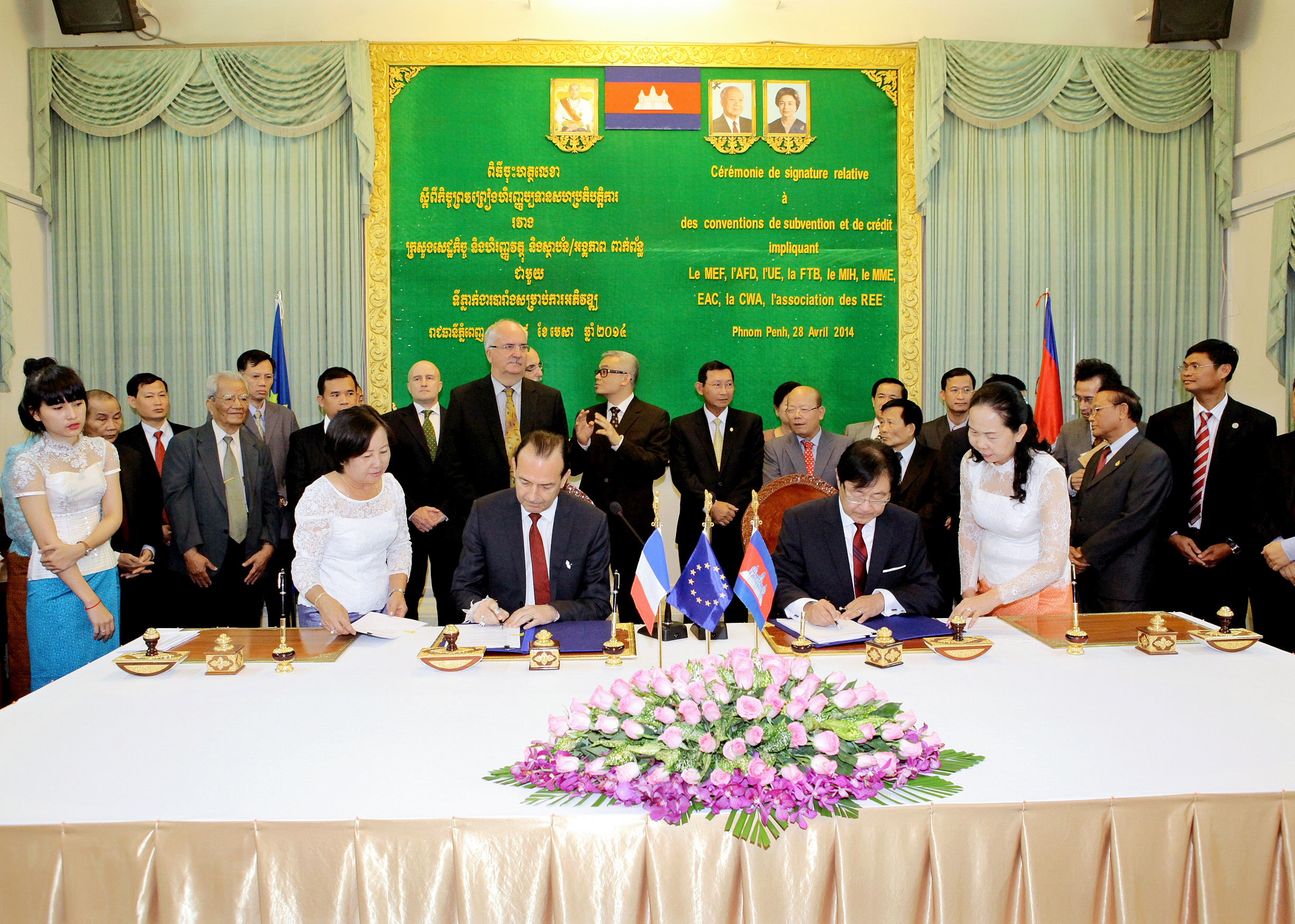 The focus on providing innovative products will help to ensure that FTB remains an industry leader upon further economic integration of ASEAN (Association of Southeast Asian Nations) countries. As one of the 10 regional members of ASEAN, Cambodia can expect to witness a steady influx of foreign banks in the coming months and years. The increased flow of goods, services and capital within the region will result in FTB facing more competition from foreign regional players than at present. However, its award-winning levels of innovation and its dedication to providing first-class customer service mean that it is well-positioned to thrive in this competitive environment and maintain a healthy share of the market.

The Asian Development Bank expects the Cambodian economy to continue improving, with GDP growth estimated to increase by 7.3 percent this year and by 7.5 percent in 2016. Going forward, FDI is also expected to recover as the country’s political headwinds continue to be more subdued, which will assist credit provision in the banking sector. Given its recent robust financial performance, FTB should be able to look forward to Cambodia’s next phase of growth from a position of confidence.

Is the Fed Making Full Use of Its...

Does the Future of Banking Lie in the...

Banking as a Service (BaaS): the Platform Approach...

There Has Been Blood: A Summer Without Solace