Top Posts
The Paradox of AI and Investing
Malaysia’s Fight Against Climate Change: Perspectives from a Central Banker
Crypto-assets and the Relevance of International Private Law
Whither International Banking Regulation?
Interview with Mr. Selman Bicaco Urrutia, Head of Private Banking...
Interview with Ms. Jelena Galić, Chairperson of the Board of...
Home Banking FSB reduced capital requirement for Citigroup
Banking 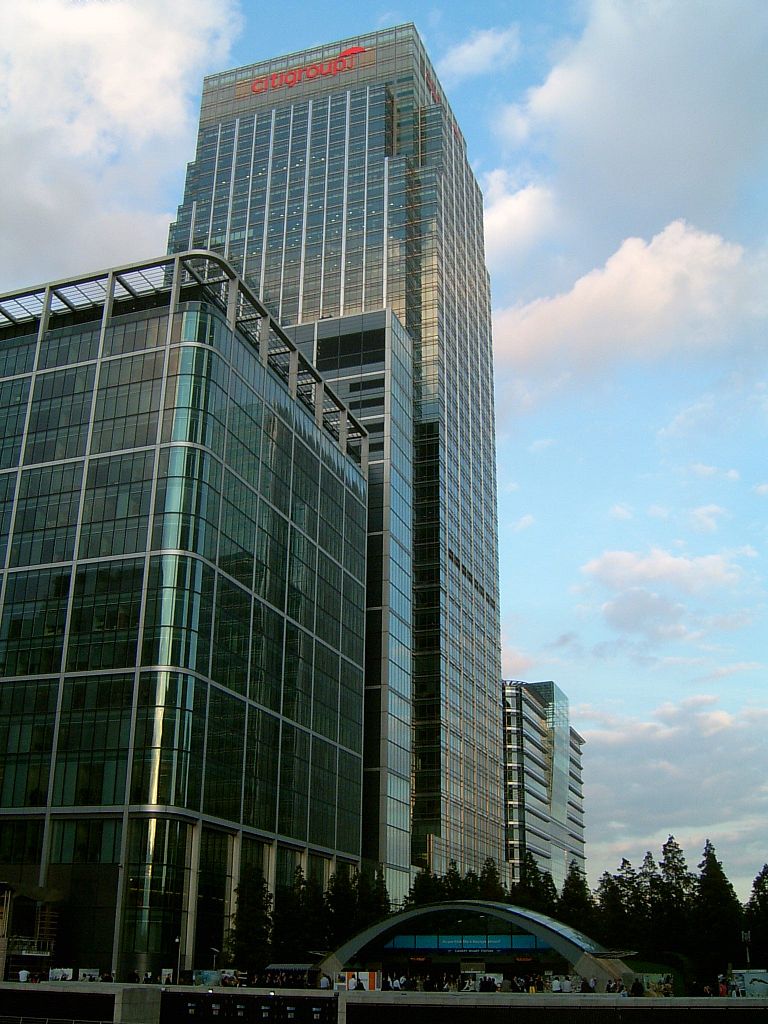 The Financial Stability Board (FSB), the international body that observes and provides guidance regarding the global financial system, has reduced the capital requirement for Citigroup from 2.5 percent to 2.0 earlier this month. Citigroup is the third largest U.S. bank by asset class and considered as a “systematically important financial institution” by the Financial Stability Board or in public view, one of the Too-Big-To-Fail banks. 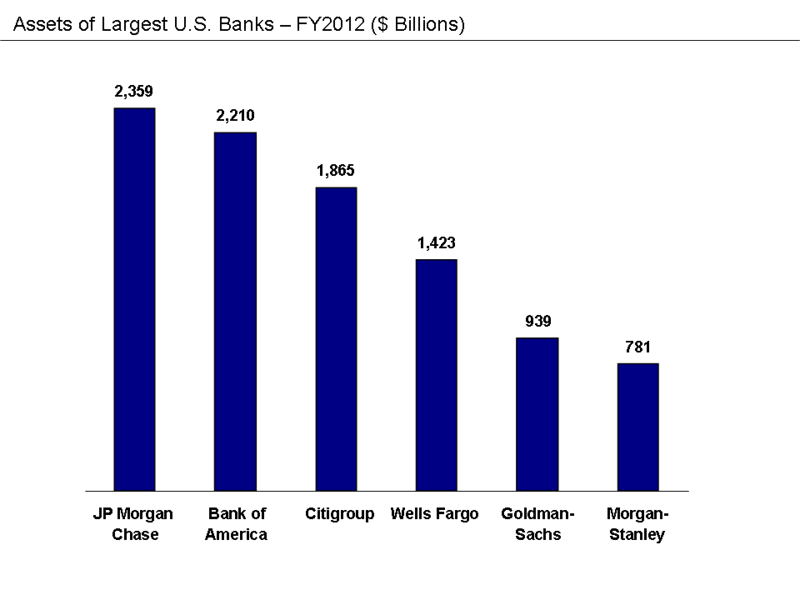 The decision, from the Basel based Financial Stability Board, means that Citigroup has to keep the legal requirement of 7 percent of its assets as risk weighted assets and another 2 percent as a buffer, providing an extra layer of safety that may help prevent it to seek a government bailout, as was required during the 2008 Global Financial Crisis.

Unlike other Too-Big-To-Fail banks in the United States, Citi has a broader and diversified global operation as part of their strategy to concentrate on “cities” of importance to global economic growth. In their annual report, Citigroup stated:

“…cities are not reflected just in our name – they’re in our blood. We’ve identified over 150 cities – which together produce 32% of global GDP”

Citi have established a global footprint in 80 percent of those 150 cities that are utmost important to global finance, in order to have a diversified growth portfolio based. However, this strategy has put the bank at a higher risk zone compared to other larger global banks that are mostly concentrated in the so called “developed economies”. Citi on the other hand is exposed to the larger swings in global finance as emerging economies are more prone to having sudden depressions and uncertainty due to lack of regulatory framework available in those jurisdictions. 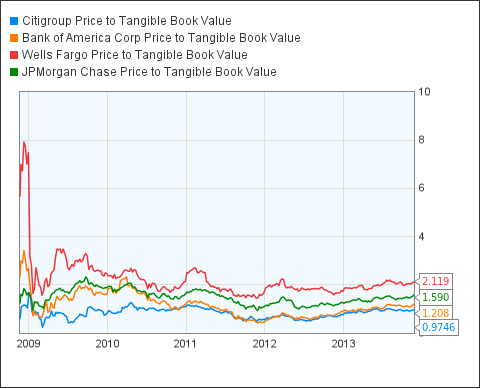 Among the top four largest banks in the United States by asset value, Citigroup’s stock price is currently trading with the most discounts, at only 0.9746 of its tangible book value. Comparing to Wells Fargo’s 2.1 tangible book value. Citigroup’s 0.97 does raise the question as to why investors are not bidding the price up, as the United States economy is doing so well lately and the entire financial industry is rebounding amid better jobs data and housing statistics. 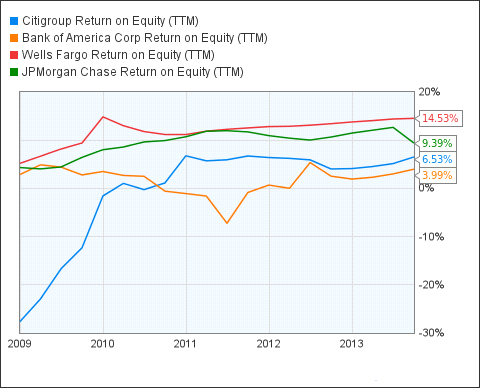 One of the major factors of Citigroup’s depressed stock, as compared to other larger banks in the United States, is that their forward P/E ratio is at 9.53 compared to the current P/E ratio of 13.20, representing a negative outlook for its growth from an investor’s perspective.

However, Citigroup is actively buying back its preferred shares in recent months and may issue handsome dividends soon. According the Switzerland based UBS AG analyst, Derek De Vries, Citigroup is generating around 17-18 percent return on the regulatory capital requirement set by Basel III risk weighted asset measurement, presuming it is at 10 percent. According his predictions, by the end of 2014 this ratio will reach 10.8 percent and Citigroup management will be sitting on an excess capital of around US$ 9.7 Billion. There will be an internal pressure to let go some of this excess cash in terms of dividends and buying back common shares to boost Citigroup’s secondary market stock price.

Sources close to Mr. John C. Gerspach, the Chief Financial Officer of Citi, said that he believes in order to maximize shareholder value, a common share buyback is the right course of action for Citi right now as its stock price is trading below tangible book value.

Based on that fundamental, there is indeed some further risk adjusted growth potential (alpha) to be found in Citigroup’s stock price at current price level of US$ 52.41 per share (as of November 23 market closing price) over the course of the next two quarters, by end of Q2’14.

Customer Channel Preference – Are you ready for the seismic shift?