Top Posts
Challenges Remain, But There Are Opportunities to Be Had in...
Interview with Mr. Olukayode Pitan, Chief Executive Officer and Managing...
Commodities Outlook for 2023
The Value of Cash in a Time of Crisis: How...
The US-Africa Leaders Summit: Fostering a Closer Relationship with the...
Three Key Sectors in Which to Invest in 2023
Home Banking Goren Capital Group: Israel’s Deal-Maker
BankingCompanies 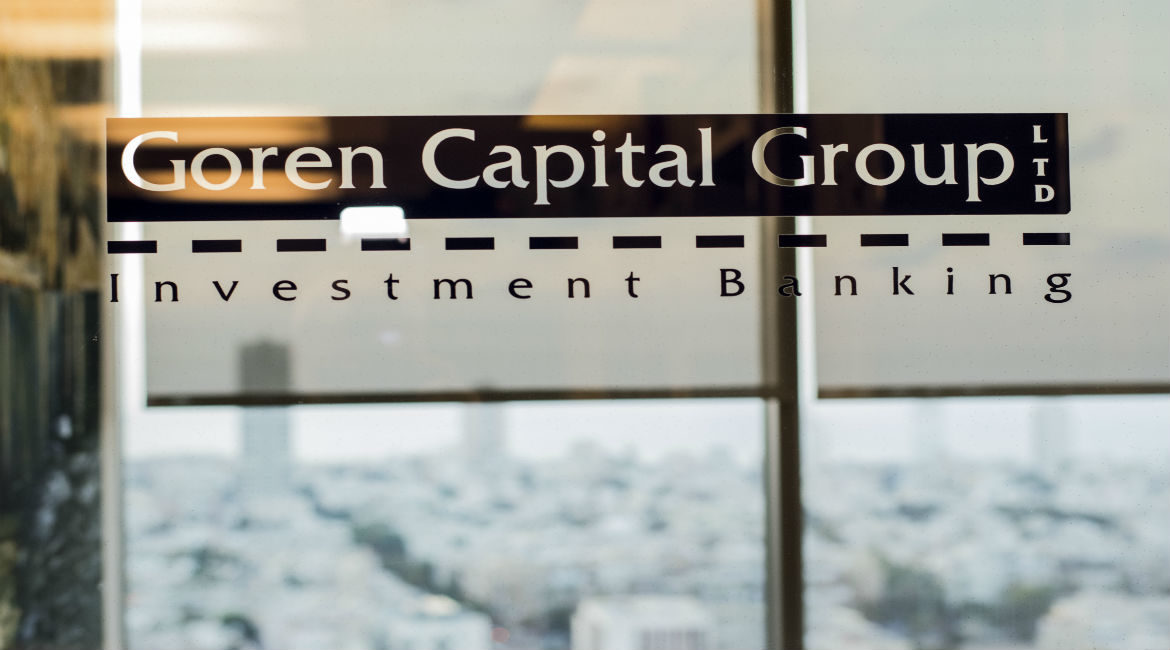 When it comes to many of the most sought-after investment-banking services such as corporate finance and project financing, there are few firms that can boast of possessing more expertise than Goren Capital Group. In recent years, Israel’s leading investment-banking firm has become the country’s dealmaker of choice, especially in the field of mergers and acquisitions (M&A); this has propelled Goren Capital to a position of ascendancy in the country, whereby its managers now take leading roles in many of the prominent Israeli or Israel-related transactions.

Founded in 1997 by Mr. Samuel Gortler, currently acting at executive chairman, Goren has become a major player, not only in the Israeli market but also internationally, during its 20 years in operation. It offers clients—both domestic and global—a comprehensive range of added-value financial services in both local and international financial markets, which in turn has enabled the company to foster some of the healthiest and most enduring client relationships in the country. Such relationships can be found across a diverse range of industries, particularly within energy and natural resources; infrastructure, water, utilities and transportation; financial institutions; and telecom and media. The company’s international pedigree, meanwhile, can be suitably illustrated by the fact that it is the only firm in Israel that analyses local versus global financing alternatives for leading companies, as well as being the only firm in Israel at present that successfully completes financing transactions with foreign-financing funding sources as an alternative to local financing. 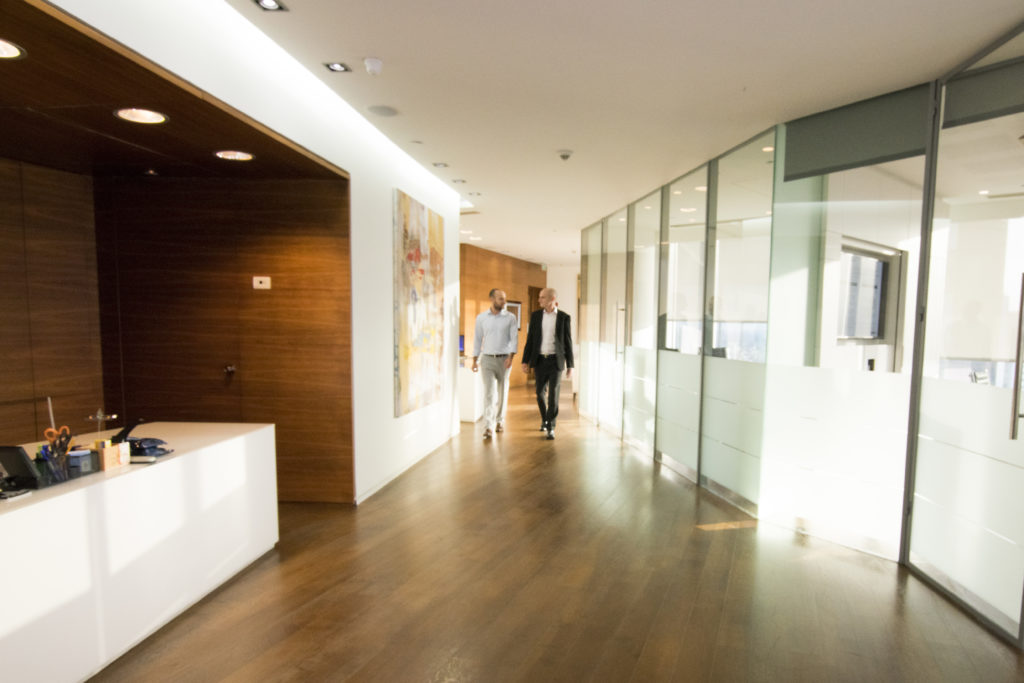 Arguably, it is Goren’s expertise in mergers and acquisitions, both local and “cross-border”, that crucially separates the investment-banking firm from its peers in Israel.

Arguably, it is Goren’s expertise in mergers and acquisitions, both local and “cross-border”, that crucially separates the investment-banking firm from its peers in Israel. Many years of experience in this area have positioned Goren as the de facto leader in deal-making within the local market. This can be partially attributed to the sheer range of activities in which the company is involved, including sell-side advisory/corporate divestitures, management-led buy-ins/buy-outs, buy-side advisory, strategic acquisition searching, detailed valuation and analysis, and acquisition financing including debt, mezzanine and equity. With such diversity, therefore, it is of little surprise that Goren Capital has been a key player in some of the biggest deals within the country in recent times—major international companies such as Veolia, Apax Capital, Saban Capital Group and other global enterprises active in Israel in various industries, energy & infrastructure and certain global funds have all entrusted Goren to be a key player in some of their M&A deals. Furthermore, Goren’s privatisation record is unparalleled, advising the Israeli government in some of its largest privatisation programs, such as Bank Leumi, Israel Discount Bank and Oil Refineries.

But M&A is just one of several important investment-banking divisions in which Goren plays a leading role. Indeed, the firm has advised companies and boards of directors of top-tier companies on matters of financial policy, capital structure, financing alternatives (including local and global debt issuance) and credit rating. It also has vast experience working with global and local credit agencies, such as Standard & Poor’s (S&P)/Maalot and Moody’s/Midroog, among others. As an example, Goren Capital’s over-five-year-old advisory service to Israel Electric Corp (IEC) and its board has assisted in transcending IEC from a dire financial situation (2012) through financial-crisis management and control to building and implementing a long-term financial-stability plan. This was accomplished by means of a debt-reduction program, liquidity control and management, and most importantly creating sufficient global and local finance alternatives, in which IEC raised more than 5 billion USD on global bond markets and similar amounts in local public bond markets, all resulting in IEC’s current financial standing and global rating.

In addition to M&A, Goren has considerable expertise in the field of financing and infrastructure advisory. For instance, the company has served as the financial advisor to the State of Israel on one of the world’s largest thermosolar power BOT (build–operate–transfer) plant projects (Ashalim). In addition, it serves as debt and equity financing advisor to several local and international sponsors of large-scale infrastructure projects in Israel and abroad. As such, Goren has managed to promote numerous transactions that involve the full spectrum of corporations’ capital structure; and in addition to a diverse armoury of advisory services, it continuously conducts financing-alternatives analyses and debt restructuring. Ultimately, therefore, Goren’s business model has been developed to provide a bridge between promoters and lenders through its understanding and experience in the area.

Indeed, the breadth and depth of knowledge and expertise that is on hand within Goren underpins the company’s startling success.

Indeed, the breadth and depth of knowledge and expertise that is on hand within Goren underpins the company’s startling success. The firm possesses a strong understanding of key issues across the entire cross-section of investment banking, including financial covenants, inter-creditor issues, global and Israel’s banking and securities regulations. It also has proven negotiation capabilities with financial institutions and controlling shareholders, as well as knowledge pertaining to the currently pivotal subject of financial regulations, concerning both banking and financial-institutions legislation, thereby controlling and supervising all deal aspects.

Whilst solidly classed as a boutique firm, Goren nonetheless has dealt with many of Israel’s biggest companies; indeed, it has operated as a key financial advisor for Israel Electric Company, Israel Corp., Oil Refineries Ltd, Israel Natural Gas Lines, Azrieli Group, Clal Industries (an Access Industries affiliate) and Ofer Investments. As such, the bank’s size offers it an enviable degree of flexibility—one that is small enough to facilitate a conflict-free environment coupled with the kind of personal attention that’s hard to find at larger institutions, but also one that is big enough to be able to lend its financial expertise to large global corporations. This flexibility also extends to how Goren approaches its work on a daily basis. It is able to work on several deals at any one time, usually in small teams of two to three executives. At the same time, it remains committed to providing comprehensive financial and transactional senior expertise on every issue, with each transaction being sufficiently monitored and coordinated throughout the entire process. Where external help is required, such as issues pertaining to the tax or legal aspects of the transaction, as well as unique matters related to specific industries, Goren ensures such issues are given their due attention, and professional assistance is thus sought as and when appropriate. 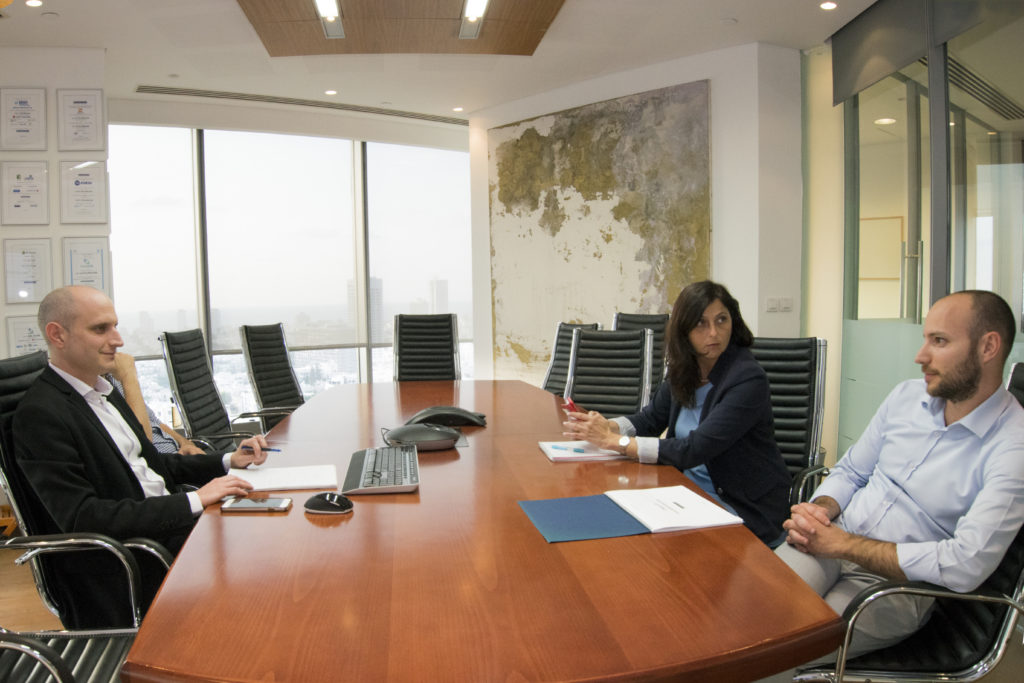 The executives themselves are some of the best in the industry, with the senior team in particular possessing a deep well of experience; indeed, the team can claim more than 30 years of involvement in different fields of finance, including project finance, corporate finance, global capital raisings, debt arrangement, M&A, privatization and structuring of financial vehicles. Employees at Goren, therefore, are hand-picked—not only for their excellent track records in academia and professional know-how, but also based on the demonstration that they embody both the spirit of teamwork and the ability to execute and lead a deal almost independently. Such qualities are evident throughout Goren’s senior management. Take Chief Executive Officer Myriam Guez as an example. Whilst Ms Guez has an MA in Economics and BA in Economics and Political Sciences from the Hebrew University of Jerusalem, she also has a proven record within the industry that can only be described as exceptional. More than 20 years of experience in corporate banking, a former executive vice president for the sector of infrastructure and energy and head of the trade finance and project finance departments at leading Israeli lender Bank Hapoalim, and vast experience in corporate and project finance in Israel and abroad with local and international partners are just a few achievements from Ms Guez’s long and illustrious resumé.

Outside of the office, meanwhile, Goren has a strong track record of supporting some of the most profound local community activities within Israel. The firm is a long-term supporter of the culture structure in Tel Aviv, one that aims to flourish despite the absence of government support. Some of Goren’s senior management, moreover, hold important positions within Israel’s culture scene, including membership on the Board of Governors of the Tel Aviv Museum, and its Finance and Funds committees, as well as membership on the Friends Association of the Israeli Opera Tel-Aviv. Moreover, Goren is a fully committed supporter of the environmental-protection and -preservation activities of the Society for the Protection of Nature in Israel (SPNI).

In a rapidly changing financial world, Goren fully acknowledges the need to be aware of potential challenges that are likely to present themselves over the coming months and years. The firm cites fluctuations in the global economy and technological evolution, especially unique, sophisticated software replacing previously human-intensive investment-banking activities (for example, big data and analytics) as being some of the most immediate challenges to the world of investment banking. As such, Goren remains more committed than ever to securing its position as the undisputed leader in the local market, whilst keeping one eye on overseas expansion, particularly through increasing the level of its cross-border activities. Its goal for the foreseeable future is to continue expanding its business by fostering long-term, hands-on senior-level relationships with existing and new clients as their independent advisors in corporate finance, project finance, mergers and acquisitions, and financial restructurings. If recent successes at building relationships and completing deals with prestigious names are any sort of a barometer, then such a goal should be within easy reach of this standard-bearing firm.

The Growing Influence of Data Science on Investing

Interview with Mr. Dauren Zhaksybek, Chairman of the Board of Directors of Tsesnabank JSC