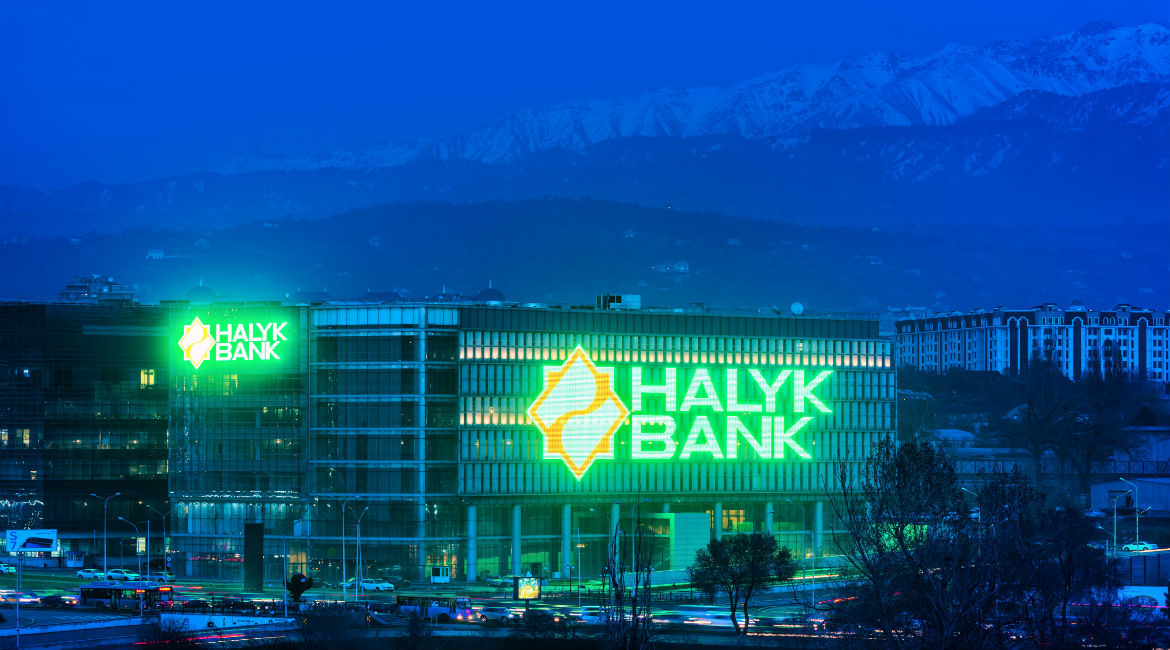 In terms of the economy, the last few years have been far from kind to Kazakhstan. The Central Asian giant has endured a whole host of economic disasters. The devaluation of its currency, the tenge, and soaring inflation last year were just two critical issues that conspired to push the country’s interest rates to a staggering 17 percent by February 2016. The tenge also ended up as the world’s worst-performing currency last year. To compound matters, Kazakhstan—and indeed, the world—has had to accept a new reality in the wake of the decline in global commodity prices since 2014. Given its heavy dependence on the revenues from natural resources, Kazakhstan has been particularly exposed to the price collapse, although the weakening of the currency has mitigated the negative impact on the country’s commodity exports to some degree. Nevertheless, Kazakhstan’s macroeconomic instability in recent years has led to the growth of unsecured lending for retail customers by many of the country’s most important banks.

Halyk Bank, in contrast, has remained considerably more conservative during this period, focusing primarily on providing personal loans to its payroll customers. As such, Halyk’s resistance against succumbing to risky credit provision has proven to be a prudent decision. The quality of its retail-credit portfolio has been maintained in spite of the deteriorating operating environment from 2015 onwards; at the same time, many other Kazakh retail banks have continued to suffer. Combining a resolute business model with a sensible, balanced risk-management policy, it would appear as though Halyk Bank has admirably seen the worst of the country’s volatility. Perhaps the best indication of this lies in the glowing assessments the lender has received from the world’s biggest credit-ratings agencies. Halyk’s ratings are some of the highest among Kazakh commercial financial institutions, which, according to Standard & Poor’s, reflects the bank’s extremely strong and stable business position and its ability to withstand negative macroeconomic developments due to its high capitalisation. Moody’s, meanwhile, notes Halyk’s strong competitive positions in Kazakhstan and low dependence on external sources of funding; while Fitch also observes the bank’s strong capitalisation, as well as its healthy profitability and sufficient liquidity levels.

The financial group of Halyk Savings Bank of Kazakhstan JSC has a long, illustrious history that stretches back to 1923, when it opened its first savings branch in the city of Aktobe (formerly known as Aktyubinsk). Since then, the bank has focused on enhancing the process of savings in order to extend its coverage across the entire Kazakh population. This has principally involved the opening of hundreds of branches around the country, most notably in factories and mills, collective and state farms, post offices, and other industrial plants and organizations with the aim of accessing the bulk of the country’s working adults. 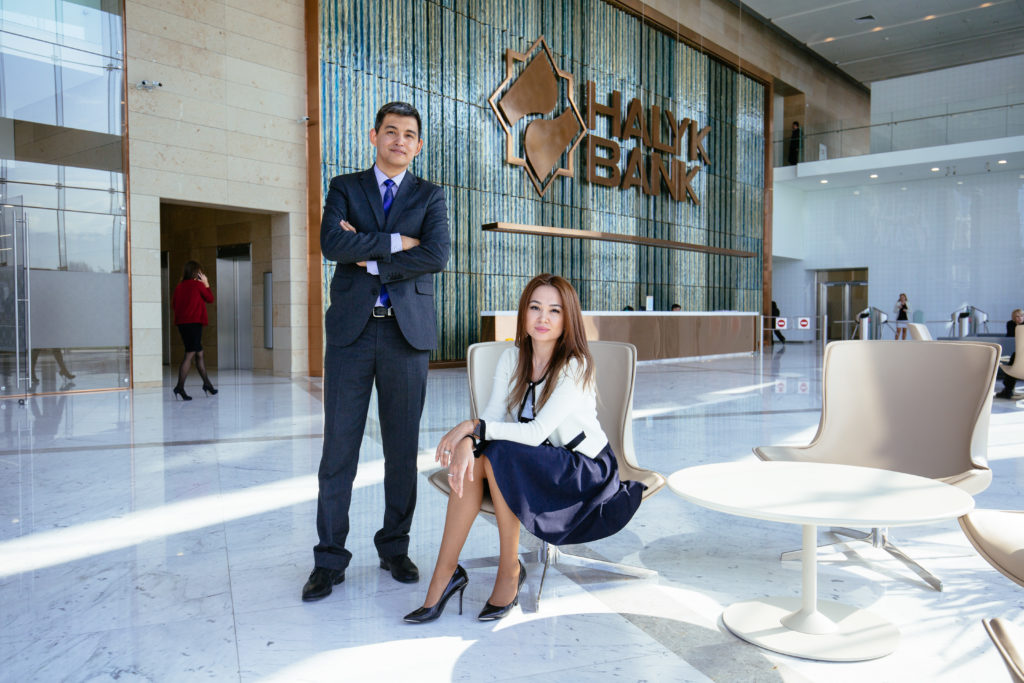 Today Halyk Bank is the largest universal financial-services group in Kazakhstan. Its core business focuses on retail, corporate and SME (small and medium-sized enterprise) banking, and through its subsidiaries the bank also has a major presence in the Kazakh insurance, leasing, asset-management and brokerage sectors. Indeed, the bank’s mission statement is “to provide services in all segments of financial markets in Kazakhstan and a number of other countries at the international standards, thus ensuring retention, efficient allocation and growth of funds of clients and shareholders”.

However, of all of its services, it is Halyk’s retail-banking operation that has garnered the most acclaim. Halyk is Kazakhstan’s largest retail lender by customers, and has been solidly extending its lead at the top over the last few years. In 2015, its retail-loan portfolio grew by an astonishing 22.1 percent year-on-year, mainly thanks to the significant boost of consumer loans in tenge, which accounted for more than 56 percent of the bank’s overall loan-portfolio growth during the year. By the end of last year, moreover, Halyk maintained its position as the Kazakh banking sector’s leader for payment-card services, which accounted for 43.4 percent of the total number of active payment cards issued by second-tier banks in the country.

Perhaps what’s even more impressive about Halyk Bank today is its refusal to rest on its laurels. Despite being at the forefront of retail lending, the bank is always seeking to learn and improve its offering. At present, it is undergoing comprehensive business and information-technology transformation programmes, with the assistance of global business consultancy giants Boston Consulting Group and Accenture. In addition, Halyk’s client-relationship management systems are now being thoroughly reinvigorated, which will greatly improve the customisation of products being offered to clients.

Since 2014, the bank has also stepped up its digital presence, which has led to the consolidation of its position as one of the country’s pioneers in banking innovation. This is being done through a number of effective strategic measures. The former HSBC subsidiary Altyn Bank, which was acquired by Halyk in 2014, for instance, has been providing Kazakhstan with its first true digital-banking platform since the start of 2016: Altyn-i. The platform offers a myriad of innovative, convenient financial solutions for its clients, such as the customer on-boarding process, which can be done entirely online. The mobile application myHalyk was released last September on Google Play, and later on the App Store (iOS), while the beginning of 2016 saw Halyk introduce the possibility for its customers to switch from one mobile operator to another. Further options have been enabled since then, such as being able to choose a mobile operator when making a payment. For those who subscribe to the Active mobile tariff, moreover, they can make payments online and top up their mobile accounts.

Another fact showing Halyk Bank’s vision for the phased development of Altyn Bank is an agreement with one of the largest financial institutions of the People’s Republic of China, CITIC Bank Corporation Limited. According to the agreement, CITIC Bank is planning to be a strategic investor and to take stock of 60 percent shares of joint-stock company Altyn Bank.

Elsewhere in the digital space, Halyk’s SMS (Short Message Service) banking capabilities also deserve special praise. Last year saw the number of active users of SMS banking shoot up to 1,288,849, which represented a 52-percent increase year-on-year. Much of this growth can be attributed to the attention to detail that has gone into improving Halyk’s SMS functionality, with important measures being introduced, such as putting the balance after each transaction on display and giving the address of the branch to customers collecting replacement cards. 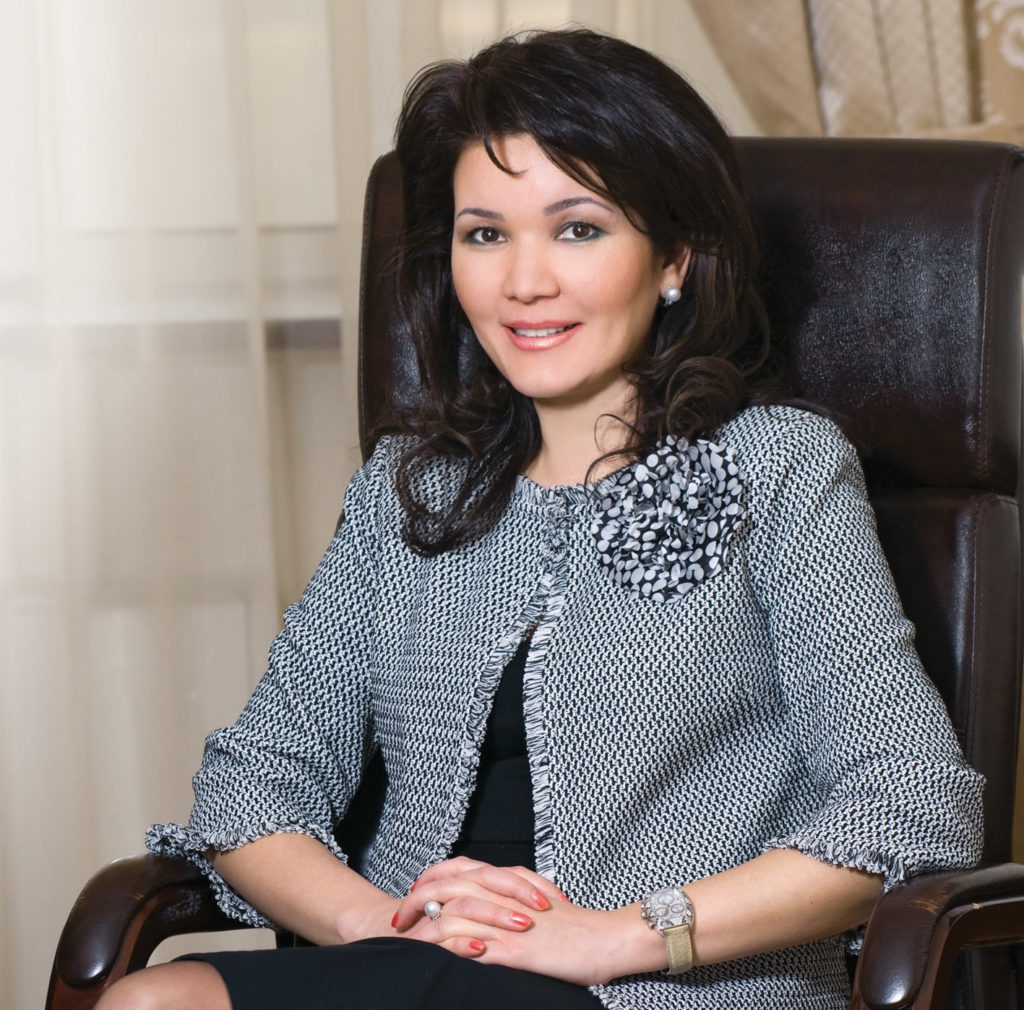 At the heart of much of Halyk Bank’s recent success lies the visionary leadership of its CEO, Ms. Umut Shayakhmetova, who is also the chairperson of the management board and a member of the board of directors. Ms. Shayakhmetova has guided Halyk Bank through some of its best years and has led it through its transformation from a bank with a strong but unspectacular standing within Kazakhstan into a modern, dynamic market leader, one with a proactive approach towards trying to exceed the needs of its customers, as well as one that exhibits leadership through technology and unrivalled customer service. Furthermore, this transformation is being carried out without sacrificing the integrity or traditional strengths of Halyk, namely its extensive client base, solid financial health and strict cost control.

Armed with 12 years of solid experience in leadership roles within Halyk Bank, as well as the acumen she gained from time spent previously at other top global financial institutions such as ABN AMRO, Ms. Shayakhmetova has detailed working knowledge of how to run a successful banking operation. Her deep understanding of Halyk’s client base, its products and its processes are proving to be invaluable, while the professional and ethical standards she has set throughout the organisation are especially lauded. She is also well sought after as a thought-leader on economic and banking issues within Kazakhstan, playing an influential role at the National Chamber of Entrepreneurs’ Atameken as the head of the Council of Businesswomen, as well as the chairperson of the Financial Sector Committee under Presidium. Indeed, Ms. Shayakhmetova managed to round off Halyk Bank’s bumper year in 2015 by being named as Financier of the Year by the online publication Vlast. 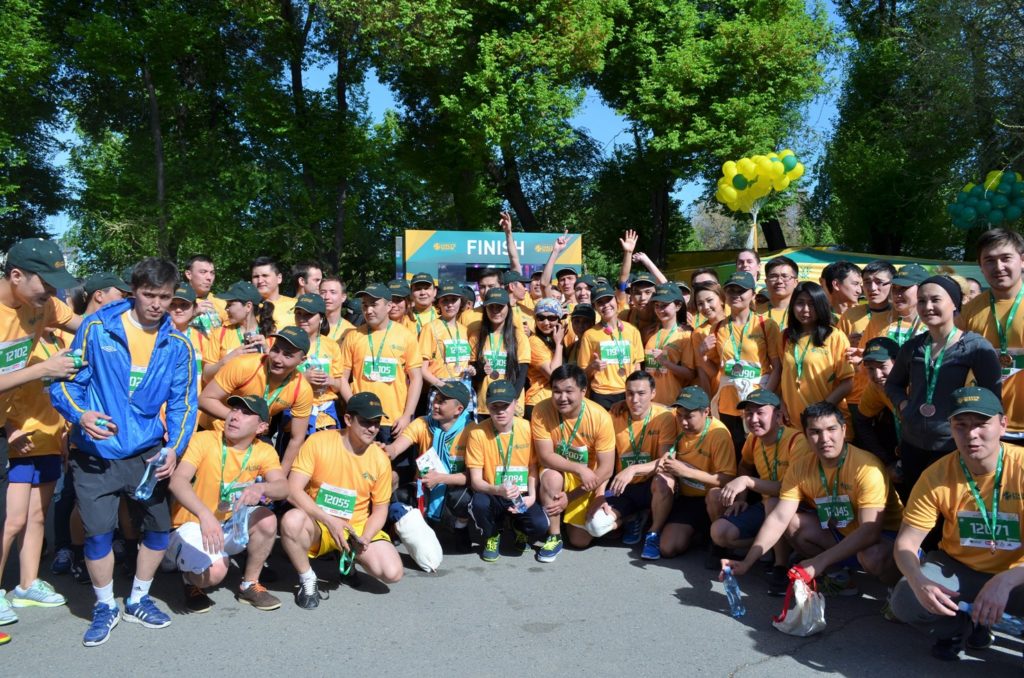 Vlast has also ranked Halyk Bank among the top four organisations in Kazakhstan in terms of charity expenditure between 2013 and 2015. The bank places a heavy emphasis on corporate social responsibility, which has led it to create the Charitable Fund Halyk. The fund is involved in supporting a variety of community-conscious initiatives, such as providing funding for the purchase of medical equipment for perinatal centres across the country, and even providing sponsorship for Kazakhstan’s Special Olympics team.

The last 14 years have also seen Halyk Bank establish one of its social policy’s key objectives: the provision of support for disadvantaged social groups, including orphans, disabled people, veterans and children with disabilities. In doing do, Halyk is playing a pivotal role in working to increase the welfare and prosperity of Kazakh society. As an example of this support, Halyk launched a special charity initiative in September 2007, designed for young people from sponsored children’s homes and boarding schools from various regions around the country. The initiative provides such children with the means to receive an advanced level of education, as well as giving them the opportunity to receive a special scholarship.

It is no secret that operating conditions for Kazakhstan’s banks remain extremely challenging. Inflation remains above 16 percent, while interest rates are also in double-digits, despite having consistently fallen throughout 2016. Under Umut Shayakhmetova’s experienced leadership, however, Halyk Bank is likely to be a beacon for Kazakh financial services through this tough period. Ms. Shayakhmetova has been clear that, going forward, Halyk will place a particular emphasis on monitoring risk and the quality of its loan portfolio.

Furthermore, in order to fulfil its desire to be the Kazakh people’s “bank of choice”, Halyk’s management has identified a handful of strategic priorities to be accomplished during the coming years. Firstly, providing convenient and rapid, attentive solutions to meet customers’ needs; secondly, fostering a strong team spirit to ensure that staff remain attentive, motivated and professional and to encourage entrepreneurialism; thirdly, continuing to improve operational efficiency through cost-effectiveness and rapid and transparent processes; and finally, being socially responsible through its active community presence. If such strategies are executed satisfactorily, therefore, Halyk Bank can confidently look forward to reinforcing its position as the clear market leader across Kazakhstan’s broad spectrum of financial services.

The Analytic Advantage: Stay One Step Ahead of Cyber-fraud