Top Posts
Interview with Mr. Olukayode Pitan, Chief Executive Officer and Managing...
Commodities Outlook for 2023
The Value of Cash in a Time of Crisis: How...
The US-Africa Leaders Summit: Fostering a Closer Relationship with the...
Three Key Sectors in Which to Invest in 2023
Three Key Stocks in Which to Invest in 2023
Home Banking Hard Times Demand Soft Skills
Banking 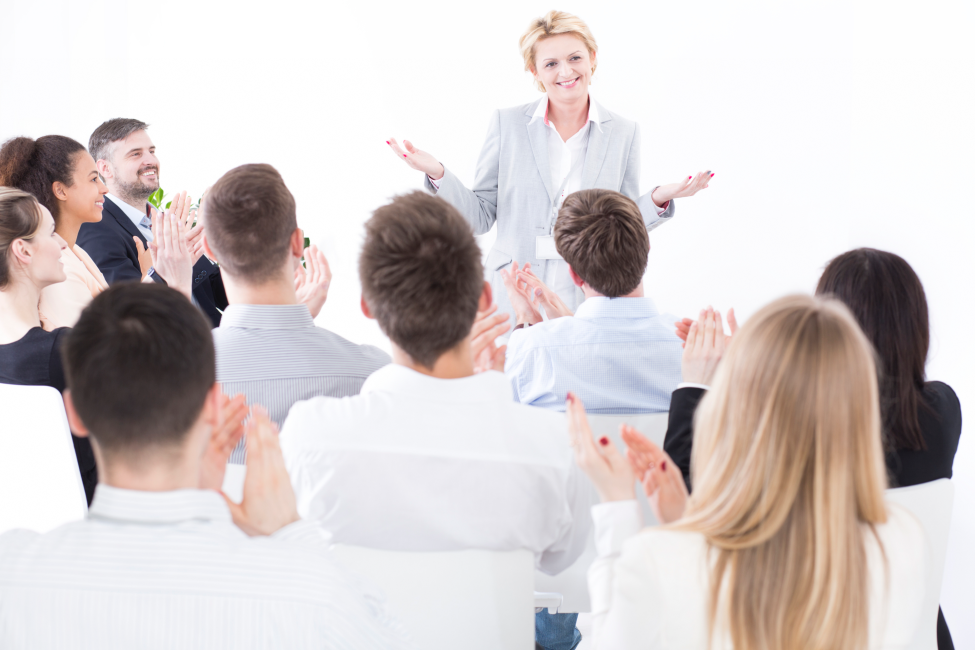 The gears of banking must not slip. That is why regulators require banks to have extensive risk-management systems in place and update them regularly. Banks are exposed to risks from their lending, as participants in financial markets and from wider operational problems, such as suffering a cyberattack, losing a senior executive or being hit by an earthquake.

Operational risk is a large bucket, and banks put a lot of resources into managing whatever might drop into it. But the current crisis has shown that there are “soft” risks that even the best operational-risk management may not have fully considered. It also shows that the bank that gets soft skills right not only protects its business but boosts it.

Unlike many businesses, financial firms were not blindsided by COVID-19. Pandemics are among the risks that regulators ask financial firms to consider in their planning, and the SARS (severe acute respiratory syndrome) and MERS (Middle East respiratory syndrome) outbreaks had already given many, particularly in Asia, a taste of what a new COVID (coronavirus disease) strain might do. However, lockdowns showed some banks that they were not as fully prepared as they had thought. And the nature of the preparation gap was a surprise: senior bankers didn’t know how to manage feelings—both their own and their staff’s.

Senior managers in banks have always valued soft skills. “But as an adjunct to what was essentially always a very technical training,” explained Olivier Beroud, founder of Beroud Consulting and head of the Centre for Risk at the London Institute of Banking & Finance. “The bankers were used to training that dealt with the logical and ethical aspects of their work, but they had never had to deal explicitly with the role of feelings. For example, how to show vulnerability as a leader and how to communicate to staff that you share their concerns.”

The pandemic put soft skills into sharp focus for several reasons, Beroud said. These included the challenges of managing employees working remotely; dealing with staff who were frightened or anxious about the pandemic and their jobs; touching the personal lives of people who were juggling work and children, perhaps in a confined environment.

The London Institute of Banking & Finance, working with the Asian Banking School, recently ran training sessions on risk for senior bankers in Malaysia and included a novel element: asking participants to put together a reflective journal on what they had learned in the course. They were allowed to focus on the technical aspects if they wanted to.

“We didn’t expect reflective journals to be the star of the training programme,” said Dr. Paramsothy Vijayan (Vijay), director of Graduate Training and FSTEP at the Asian Banking School. “It was particularly valuable because many senior bankers don’t have the opportunity to reflect on the personal aspect of management and get informed feedback.”

It turned out that the senior managers were hungry to examine a set of skills that they rarely get to examine in-depth—although many had already been thinking about the problem.

“One CEO in Malaysia reflected that the basis of his success was his ability to show he was comfortable being an ‘incomplete leader’ and that he was able to let go of the traditional role of ‘I know’ and rather ‘I can turn to people who know’,” Beroud explained.

That, it turns out, is a valuable mindset. “How you deal with other people feeling insecure is through honesty,” said Katharine Pons, an executive coach and business director at The Thrive Programme, who worked on the training session in Malaysia. “You may not be able to provide security. Being open about ‘I don’t know’ can be the best way. And you also have to be realistic. There is no point in promising it will all be over by Christmas.”

But not knowing what to do can have a paralysing impact. Pons said that most of the chief executive officers (CEOs) interviewed during the course in Malaysia expected the coronavirus crisis to be worse than others. Just one said it would be the same as other crises.

What made it possible for that CEO to stand back and think more calmly? “That sort of leadership mindset comes from an innate belief in one’s ability to get through hard times,” Pons said. “It doesn’t mean they underestimate the challenges. It means that, unlike others, they don’t approach things in [a] ‘catastrophising’ way.”

Put it in a diary

Psychologists have long known that keeping a journal of the day’s events can boost people’s ability to deal with stressful events. [“A new reason for keeping a diary” (apa.org)].1

And the bankers on the course had several stressful events from which to choose. One was promoted to his bank’s head office on April 1, 2020, to manage the strategy for new business and innovation. He wrote in his journal: “For a long time, it felt like a spinning ‘merry-go-round’ of changes and challenges for me with no firm foothold in sight. For [the] most part of 2020, it was probably my toughest professional challenge in my 23-year banking career so far.”

The wider emotional carousel of the COVID lockdown meant staff looked to their senior leaders for support and security—which ratcheted up the pressure on managers. Keeping teams stable and motivated meant some unorthodox solutions. One executive-course member wrote: “Simple ideas such as a weekly huddle (maybe even a virtual cuddle!) helped heaps in keeping the team intact and spirits high.”

But building better rapport with colleagues was, of course, primarily about keeping the bank itself on an even keel. All of the bankers found that when people are working remotely, it can be harder to keep everyone on the same page—which made for additional essential, emotional work.

A compliance officer on the course, for example, wanted to ensure that others would see him as a partner and not a “show-stopper”, so he set about building better relationships with them. He wrote in his journal: “If I have good rapport with them, they will be more open to discussions, more willing to listen to advice and to work together towards a workable solution without compromising the regulatory requirements and expectations.”

Let go to take back control

“You could argue that, during the pandemic, managers had to empower their people because they had no choice. They didn’t know what to do,” Beroud noted.

For managers who prefer a “centralise and control” approach, that can be very uncomfortable. What the senior managers on the course found, however, was that teams on a freer rein were capable of unexpected levels of performance. “When managers trusted people to do their best and to find a way to deal with their own unique work circumstances, they solved a lot of problems very quickly,” Beroud pointed out.

There is a good reason why letting go can boost performance, Pons said. “When managers are very controlling, they set up a parent/child dynamic. That can be alright when someone is being trained, or when following orders is a question of life or death, but at other times it is unproductive. But, of course, it is not just the ‘parent’ who needs to move to being an adult. The ‘child’ does too; they need to take agency.”

If managers are going to break with the parent/child dynamic, they need to encourage staff to solve problems themselves. “One of the problems for managers is that that coaching approach to management—the ‘how do you think you should do this?’—takes much more time,” Pons explained. “However, it also leads to an autonomous, high-performance team.”

What about managers who find that the thought of more autonomous staff makes them anxious?

“Giving people more agency is about trust—that ‘letting go’. All of us have a desire for control, and a healthy amount is good, but it becomes a problem when we try to manage things outside our control, in particular other people,” Pons said. “The only thing we can control with regard to others is how we respond to them.”

She added that a large part of what people struggle with comes down to not having strong coping skills, which is not the same as lacking resilience. “Nine times out of ten, there is an element of them not wanting to put up with something unpleasant. For example, they might avoid public speaking because they feel judged by others.”

How to manage after the pandemic

Will what senior bankers learned about soft skills during the pandemic leave a lasting mark on the sector? After all, memories fade, staff move on, and it can be easier to not wrestle with a deeply embedded culture. As Katharine Pons pointed out, managers often think soft skills are not really part of work, that work is just the tasks to be undertaken. “But ‘soft skills’ are the ‘how’ of getting things done.”

To make sure that banks can build on their improved insight into the value of soft skills, they will likely need to change how they hire and train senior staff. “They need to know who someone really is beyond their qualifications,” Paramsothy Vijayan (Vijay) said. He pointed out that banks find it easy to work out who is technically sound, but many struggle with establishing who has the right soft skills to become a leader. “For the next training programme in Malaysia, we will focus solely on ‘soft skills’ and use psychometric tests (the Harrison scale) to assess behavioural traits.”

That is likely to prove popular. Banks have hard business reasons to improve soft skills. They have found that it not only helps their staff, but it also helps their bottom line.

“A crisis is definitely an opportunity if you treat customers right,” Paramsothy said. “A major bank in Malaysia, which didn’t take away the umbrella from struggling customers during the SARS outbreak, today has a lot of good, loyal customers—despite charging a bit more than others. And it has a very good track record on non-performing loans.”

ABOUT THE AUTHOR
Ouida Taaffe is an editor at the London Institute of Banking & Finance. Previously, she was the editor of “Banking on Change”, a 2019 collection of articles to mark the 140th anniversary of the Institute.
Back To Top
American Psychological AssociationAsian Banking SchoolBankingBeroud ConsultingCOVID-19London Institute of Banking & FinanceOlivier BeroudOperational ComplianceOuida TaaffeParamsothy VijayanRisk Management
0 comment 0 FacebookTwitterPinterestEmail
previous post

Compliance Is Not a Fad