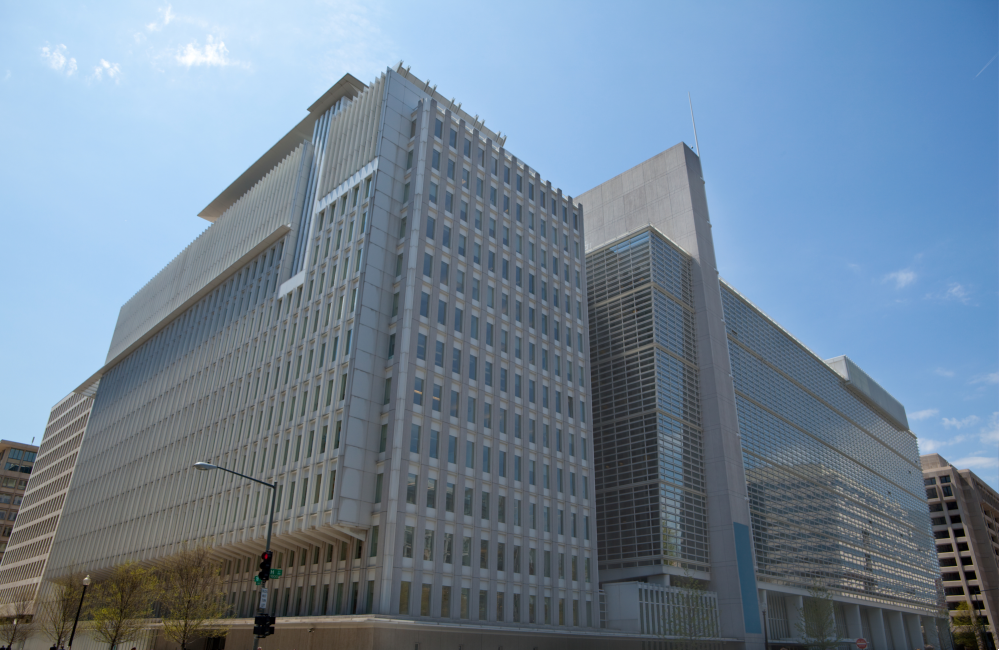 The global banking system has, for the most part, been widely lauded, not only for its resilience throughout the COVID-19 crisis but also for continuing to support households and businesses during this period by keeping the credit taps open. This has greatly helped to provide the global economy with the firm footing needed for its ongoing recovery. But given their specialty in providing financing solutions to the developing world, how effective have multilateral development banks (MDBs) been in helping to alleviate this crisis?

In contrast to commercial banks, MDBs are charged with not only avoiding financial losses but also meeting specific sustainable-development goals, usually on a regional basis. This invariably means evaluating investments designed to boost sustainable development over a multi-year—and even multi-decade—time horizon. And more often than not, the world’s biggest MDBs hold an enviable AAA credit rating, while they also tend to hold substantially more capital than this rating requires as a minimum. This means they have a potentially deep lending capacity at their disposal, which can prove highly useful in times of crisis, and they can respond quickly with funding without necessarily endangering their coveted triple-A ratings.

But have they responded with enough funding on the whole during the pandemic? There does seem to be evidence to suggest that the contributions among the world’s most systemically important MDBs have varied considerably, with some institutions, such as the World Bank, being more supportive than others. Indeed, even a casual glance at the World Bank Group’s Operational Response to COVID-19 (coronavirus) website reveals an extensive list of projects worldwide that the Bank has supported, with financing for vaccination against the virus being its most frequent global intervention activity. And during the initial phase of the pandemic, the Inter-American Development Bank (IADB) and the UK Government’s CDC (Commonwealth Development Corporation) Group were among the key players, providing more than $7 billion and $650 million, respectively, for pandemic relief during the first 10 months of 2020, with many of the funds going towards boosting market liquidity and investing in long-term projects that would help during the recovery phase.

The Asian Development Bank (ADB), meanwhile, introduced the COVID-19 Pandemic Response Option (CPRO) as a countercyclical support facility for which countries have been required to demonstrate that they are proactively mitigating the current and potential future economic impacts of COVID-19. Criteria for eligibility for such funding include robust macroeconomic management, undertaking key structural reforms, a pro-poor countercyclical expenditure program, and public-debt levels maintained at sustainable levels. According to the Center for Global Development’s analysis, CRPOs were instrumental in assisting countries “with unprecedented volumes and at a rapid pace, when COVID-19 first hit in early 2020”. And although the same analysis found that the World Bank had a more limited list of crisis-specific instruments than the ADB, one specific instrument, the Catastrophe-Deferred Drawdown Option (CAT-DDO), which provides liquidity to countries managing natural or health-related disasters, was especially fast in responding to COVID-19.

But given their unrivalled credit ratings on the whole, it would appear that funding from MDBs has been somewhat underwhelming during the pandemic’s two-year-plus reign. According to Leslie Maasdorp, the vice-president and chief financial officer of the BRICS New Development Bank (NDB), the combined response by the MDB system to the global pandemic amounted to some $300 billion by September 2021, much less than MDBs’ increase in lending after the global financial crisis. Writing in the Financial Times in September, Maasdorp also noted that much of this figure is accounted for by the repurposing of pre-COVID lending by some MDBs rather than an expansion of their total lending exposure.

“The main reason why MDBs have failed to fire on all cylinders in response to the global pandemic lies in the restrictive capital adequacy policies and the associated goal of maintaining the AAA credit rating,” Maasdorp acknowledged, whilst also pointing to a 2019 study by Riccardo Settimo of the Bank of Italy, which found that if four of the world’s most important MDBs—the World Bank (WB), Asian Development Bank (ADB), Inter-American Development Bank (IADB) and African Development Bank (AfDB)—reduced their credit ratings to AA+ instead and moderately increased their leverage ratios, they could more than triple their spare lending capacity from $415 billion to $1.3 trillion. “The experience of the New Development Bank (AA+ rated) in the international capital markets has demonstrated that there is a negligible difference of between 10 to 15 basis points in the funding cost of an AA+ institution compared with a AAA one.”

A more recent February 2021 paper by Settimo assessed the extent to which balance-sheet expansion can be supported by the capital buffers of the same four MDBs whilst maintaining their triple-A ratings and taking into account the potential impacts of the COVID-19 crisis on these institutions’ lending capacities. “The capacity of MDBs to expand development exposures, on aggregate estimated in the range of $860-896 billion, would grow to $985-1,020 billion, benefiting from the capital increases approved recently,” the paper concluded. However, the authors also warned that a number of potential factors, including the foreseeable increase in exposures due to the MDBs’ countercyclical role, the deterioration in the ratings of borrowing and non-borrowing member countries, and the possible weakening of preferred creditors treatment (PCT) could substantially erode this lending capacity, reducing it to $116-227 billion.

There is also concern over the funding routes being taken by MDBs, with the money being provided not necessarily ending up being effectively used to boost the health outcomes of the most vulnerable populations. Indeed, some evidence suggests they have other goals in mind. A September 2021 research paper focusing on MDBs’ response to COVID-19 in India by Public Services International (PSI), a global federation of more than 700 trade unions in 154 countries representing 30 million workers, found that while the World Bank and other MDBs have certainly played key roles in the creation of India’s private healthcare system, the health loans to India in response to the pandemic have largely failed to support the public-health sector, with funding instead being allocated to propping up private hospitals.

“By largely supporting the existing healthcare system, the large loans from the MDBs do not address the large inequalities in access to healthcare between: urban and rural dwellers; states with a relatively high number of hospital beds versus those with much fewer; and men and women,” according to the authors of the paper. “There is also very little attention given to care for India’s Scheduled Castes and Scheduled Tribes (SC/ST) who suffered from lack of access to healthcare pre-pandemic.” As such, the healthcare loans have not been providing “anywhere near enough” support for many of the most vulnerable groups in India. There has also been little support in the loans for India’s vulnerable healthcare workers, especially female community health workers who have been at the forefront of the fight against COVID-19 and have thus suffered disproportionately as a result.

What about Latin America, a region that was hit particularly hard and one in which MDBs have historically played a crucial role? According to a May 2021 research paper by the United Nations Economic Commission for Latin America and the Caribbean (LAC) that analysed the MDBs’ response to the COVID-19 crisis and their post-pandemic role and prospects in the region, the combined MDB funding to LAC in 2020 was approximately $50 billion, which was 25 percent more than in 2019; whereas the region saw a heftier 45-percent increase in funding in 2008, the first year of the global financial crisis. “While all MDBs expanded their credits to the region in 2020, the size of their respective incremental responses appears to be linked to their differences in equity levels and portfolio-associated risks.”

Ultimately, the evidence suggests that MDBs have done much to support the global response to the pandemic. However, there also appears to be considerable scope for improvement. “MDBs have the potential to support countries quickly when crisis hits. But prior actions and preparations significantly determine how fast resources reach those most in need,” the Center for Global Development’s analysis concluded, arguing that to optimise financing during times of crisis, MDBs should be clear on the available menu of instruments that look at development outcomes, continue to tweak and minimise administrative processes, and support countries in implementing projects that emphasise pre-design and approval, timed in advance of crises rather than responding once the crisis begins.

The UN LAC paper, meanwhile, calls for a potentially renewed role for multilateralism in the post-pandemic period, which would require MDBs to continue adapting to support fundamental challenges, such as economic growth, poverty reduction and implementation of sustainable development goals in the region. Based on the paper’s findings, the authors recommend three key issues that will help MDBs boost available financing: providing anti-cyclical support, maintaining an adequate level of capital and encouraging strong coordination among MDBs.

Quantum Computing: An Imminent Gamechanger for the Banking...

Opportunities Galore for Fintech Development in...