Top Posts
How Technology Is Helping to Solve Global Supply-Chain Issues
UK Inflation Climbs to Fresh 40-Year High
Extended Reality and the Metaverse Are Leading Financial Services into...
Digital Currency: India’s Move Towards a Digital Financial System
Algarve Snapshot: The Growth of Overseas Buyers
Will London Have to Send More Banking Jobs to the...
Home Banking How Are Canadian Banks Being Affected by the Slump in Oil Prices?
Banking 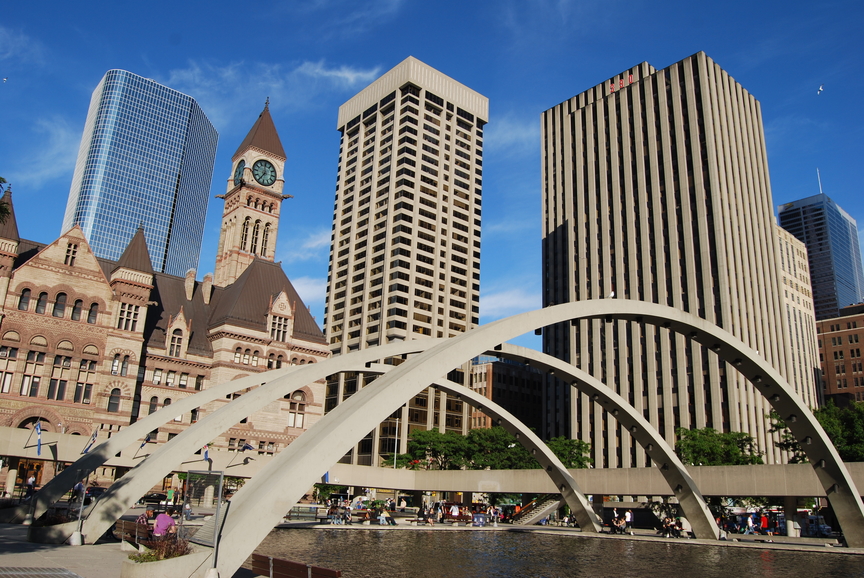 The collapse in global oil prices during the second half of 2014, followed by the prolonged and ongoing slump this year, has had a notably greater impact on Canada than it has on most industrialised economies. Crude oil is Canada’s principle export and makes up approximately 5 percent of the country’s gross domestic product—two key factors that account for why the economy shrank by 0.1 percent in January from December, and why Canada posted a negative GDP figure for the second time in three months.

Among the industries expected to be increasingly affected is banking. In February, a report by Moody’s asserted that, should oil prices remain low, much of Canada’s banking sector would experience diminished profitability. The credit-ratings agency argued that oil and gas clients of Canadian banks would very likely reduce their expenditures, which, in turn, would constrain revenues from banking activities such as capital-market operations and underwriting.

The cost of credit on energy-sector loans is also expected to rise, with Moody’s having noted “slowdowns” occurring in the oil provinces of Alberta, Saskatchewan and Newfoundland.

Given the high negative correlation between oil prices and the rate of impairment on loans related to the energy sector, it can also be reasonably assumed that the asset quality of loans provided by Canada’s lenders will decline. This seems increasingly likely, given that many oil companies in Canada have made sizeable cuts in capital expenditures during the last few months and laid off thousands.

The good news, however, is that the Big Six of Canada—Bank of Montreal, Toronto-Dominion Bank, Canadian Imperial Bank of Commerce, National Bank of Canada, Bank of Nova Scotia and Royal Bank of Canada—are expected to weather the storm adequately, mainly because the high diversification of their loan portfolios can act as “shock absorbers” against adverse oil-related losses.

First-quarter earnings have supported this view, as the Big Six posted results above expectations thanks to Canadian dollar weakness, healthy trading revenues and falls in provisions for credit losses. Bank of Nova Scotia and Royal Bank of Canada are thought to be more vulnerable as they have more direct exposure to the energy sector, although the oil industry still constitutes a small percentage of both banks’ total loan books.

Regional banks are more at risk

For regional banks with a more disproportionate exposure to the oil sector, however, prospects appear to be less optimistic. Canadian Western Bank is a prime example of a provincial bank being visibly hamstrung by low oil prices. Headquartered in Edmonton but with 42 percent of its loan portfolio in Alberta and with considerable exposure to the oil industry (the value of its energy lending is approximately $600 million), the low oil price compared to early 2014 is proving to be a big challenge for the bank—its stock price has fallen by almost 30 percent over the past six months.

Many of Canadian Western’s oil-company clients, including exploration and production companies operating in the oil-sands region, have struggled to stay afloat in the current low-price climate, which has translated into an increase in the overall value of impaired loans in the bank’s portfolio. Its 2014 results saw a doubling in the value of impaired loans from the previous year, and with many Alberta oil companies set to struggle while oil prices remain relatively low, Canadian Western looks set to being forced into diverting funds towards further impaired-loan provision from more profitable activities.

Impact of the impending housing-market correction

Canada’s banks could also be sizeably affected by the impact of the oil-price slump on the housing market. In a report released at the end of March, Nomura Securities asserted that while banks have a comparatively low direct exposure to oil markets, they do have indirect exposure through facilities such as mortgage-lending in Alberta.

Canada’s housing market is on the cusp of a major correction. While the Teranet-National Bank House Price Index rose by 0.1 percent across the nation in February from January, only three out of 11 regional housing markets actually experienced price rises. The other eight regions, including Canada’s major oil provinces, witnessed housing-price falls. Housing-sales activity in Alberta, for example, fell by 27 percent in the year to February 2015, while the average house price in the province dropped by 5 percent.

February also saw national housing starts fall to their lowest levels for nearly six years, dropping by 16 percent from the previous month. Much of this decline has been attributed to the Quebec and Ontario regions, but the slowdown in the oil-producing regions is also now beginning to result in declines in housing starts. Although Alberta experienced only a one-percent fall in February, a more severe impact on housing starts is almost inevitable as the spectre of continued low oil prices and more cancelled oil projects looms. This is a clear sign of diminishing housing demand, which is bound to adversely impact banks’ mortgage-lending businesses.

The Bank of Canada surprised markets in January by lowering its benchmark interest rate from one percent to 0.75 percent as a direct response to the oil-price plunge; the following month, it left rates unchanged. Moody’s senior vice president, David Beattie, recently asserted that continually low rates create “profitability headwinds” that will continue to dampen banking-sector performance. While such expansionary monetary policy should spur housing demand and encourage economic growth, the net-interest margins of banks will remain compressed.

Indeed, the Bank of Canada’s governor, Stephen Poloz, confirmed the severity of the economic impact by asserting at the end of March that first-quarter figures would be “atrocious”, adding that he expects investment cuts by energy companies to result in an overall fall in capital expenditures of up to 10 percent.

However, the continued weakness of Canada’s currency will temporarily offset the decline for those banks that earn a high proportion of their revenues from outside the country, as well as assisting those oil companies who denominate their production in US dollars.

Are We in a Tech Bubble, or Not?