Top Posts
How Gamification is Catapulting Digital Banking to the Next Level
Challenges Remain, But There Are Opportunities to Be Had in...
Interview with Mr. Olukayode Pitan, Chief Executive Officer and Managing...
Commodities Outlook for 2023
The Value of Cash in a Time of Crisis: How...
The US-Africa Leaders Summit: Fostering a Closer Relationship with the...
Home Banking How COVID-19 Is Impacting Central Banks
Banking 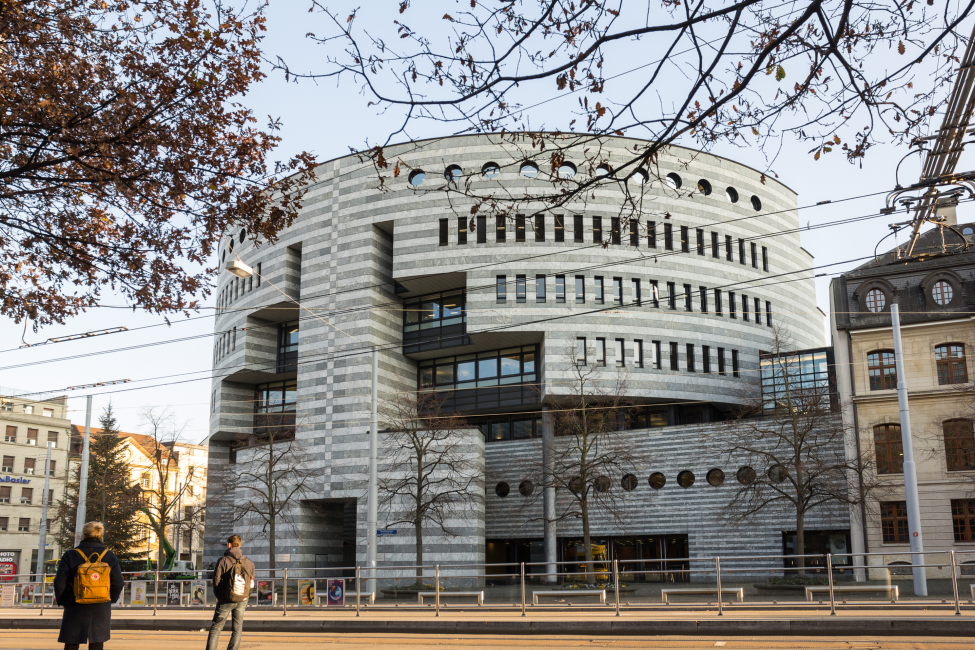 “The Covid-19 pandemic and the induced global lockdown are a truly historic event. Never before has the global economy been deliberately put into an induced coma. This is no normal recession, but one that results from explicit policy choices to avoid a large-scale public health disaster.” The general manager of the Bank for International Settlements (BIS), Agustin Carstens, was certainly not mincing his words back in May when he delivered a speech at the UBS High-level Discussion on the Economic and Monetary Policy Outlook in Zurich, Switzerland.

“The sudden shock called for a speedy and massive policy response. The actions of central banks have again highlighted their central role in crisis management as they swiftly cut policy interest rates and launched large-scale balance sheet measures,” Carstens also stressed. “This brought central banks to the forefront again as they can mobilise financial resources faster than any other authority.” And indeed, in the months since that speech, it would appear that Carstens has been proven correct. As the global economy continues to suffer as a result of lockdown measures that limit economic activity, much of the world has looked first towards central banks as the most likely saviours that can immediately restore financial stability.

But how exactly has the pandemic affected central banks, and how are they responding to the unique challenges that continue to be posed to this day? Few would argue that they have not been swift and forceful in their responses on the whole, initially to contain the imminent financial stress and secure the smooth continuation of credit provision to households and businesses. In this regard, the lessons learnt from the 2008 financial crisis have certainly helped, especially given the similarity in magnitude of the economic shocks that transpired in both instances.

Looking at five of the world’s most important central banks—those of the United States, the eurozone, Japan, the United Kingdom and Canada—the BIS noted that they all deployed the full set of crisis-management policies at their disposal in March and April when the virus first became a global pandemic. Benchmark interest rates have been slashed to near-zero and, in some cases, gone well into the negative zone. Policymakers now have less wiggle room for interest rates, but in most cases, they remain committed to keeping monetary policy as loose as possible until well after normality resumes in terms of growth, inflation and employment. And with low rates, central banks have similarly kept bond yields low, where they will likely remain well after the pandemic is over.

Large-scale asset purchases were also quickly initiated, with most central banks committed to quantitative easing (QE) for some time to come. This has swelled their balance sheets to levels that have never been breached before. To understand the scale of their efforts, the BIS predicts that the combined balance sheets of central banks in the US, the eurozone, Japan, the UK and Canada will expand this year at a faster pace than at any time previously. “Balance sheets increased, on average, by 10% of GDP during the first three months of the crisis,” the BIS recorded in June. “Reasonable scenarios entail an overall increase of between 15–23% of GDP before the end of 2020 and to remain large in the near future.” 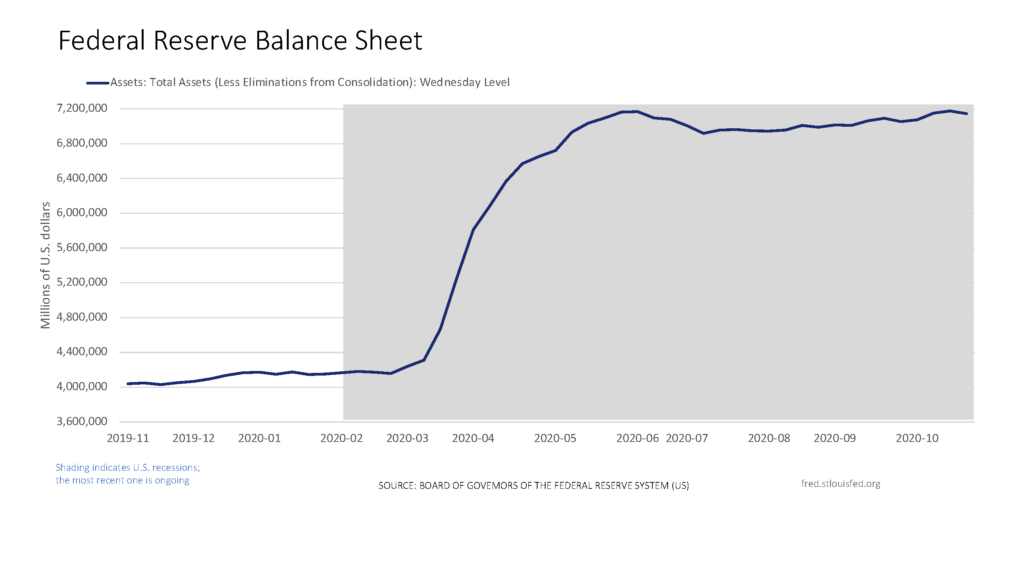 While limiting such unprecedented expansions do not appear to be high on the to-do lists of most central banks at present, the Bank of England’s (BoE’s) governor, Andrew Bailey, did recently warn that there may come a time when the Bank runs out of suitable assets to buy. Such a scenario would be more likely to emerge should the UK economy continue to suffer more shocks, and the BoE has not yet unwound its quantitative easing. “Let’s not ignore the need to manage central bank balance sheets,” Bailey said. “There are times when we need to go big and go fast.”

All five central banks have also established or increased the size of their commercial paper and corporate-bond purchase programmes, the BIS observed in June, while the European Central Bank (ECB) extended eligibility to non-financial commercial paper. The US Federal Reserve (the Fed) purchased investment-grade bonds for the first time and later extended eligibility to subsequently downgraded bonds, either directly or through exchange-traded funds (ETFs), and the ECB similarly extended eligibility to downgraded bonds against appropriate haircuts. The Bank of Japan (BoJ), meanwhile, quadrupled its purchases of commercial paper and corporate bonds, and the Bank of England announced that at least 10 percent of the GBP 200 billion of additional purchases under its Asset Purchase Facility (APF) would involve corporate bonds.

What has been especially different about this particular economic crisis vis-à-vis 2008’s has been the liberal policies central banks have enacted this time to ensure credit continues to flow to households and businesses.

Such credit was not as readily accessible during the 2007-08 global financial crisis (GFC), with the financial support significantly geared more towards the banking sector when compared to the current crisis. These differences are partly a reflection of the different nature of the two crises, according to the BIS. “The GFC hit financial markets first and then slowly propagated to the real economy, negatively affecting confidence and tightening credit conditions for businesses and households. In contrast, the Covid-19 pandemic imposed severe containment measures that hit the real economy first and then propagated to the financial sector.”

One very immediate way in which COVID-19 has impacted central banks is through changes to the net income booked into their financial results, along with seigniorage—that is, the profit a central bank can make through the money-creation process, specifically the difference between the money received by issuing currency and the cost to produce and distribute it. An analysis was recently conducted by noted publication Central Banking that draws from the financial statements of seven central banks—the Bank of England, the Bank of Japan, the European Central Bank, the Fed, the National Bank of Poland, Sveriges Riksbank of Sweden and the Swiss National Bank—in the first half of 2020, specifically by equating seigniorage with the income on central-bank assets funded by cash issuance less expenses related to cash issuance.

Although the study finds that during the COVID-19 crisis, “there might be no considerable change in the size of seigniorage”, the substantial growth of central banks’ balance sheets this year is likely to have led to strong growth in other net income that is generated by central-bank assets above and beyond the value of cash issued. This is similar to what was found during the global financial crisis, when in the post-2007 period, the average financial results of the seven central banks rose faster than seigniorage. And with all seven central banks expanding their balance sheets more during this COVID-19 era than back then, it is most likely that strong growth in the “other income” variable will have been recorded. As such, the research finds that “it is likely that the divergence between the estimates of seigniorage and the financial results will continue to grow”.

But it should be observed that central banks and monetary policy can only do so much during such tumultuous times. Fiscal expansion clearly has a hugely important role to play in stimulating growth. It should thus come as no surprise, then, that the likes of Jerome Powell (the Fed’s chairman) and Christine Lagarde (the ECB’s president) have repeatedly pressed their respective governments to boost supportive fiscal measures to contain the devastation. As far as the US is concerned, however, members of Congress have long remained at odds over fiscal-stimulus bills.

According to Agustin Carstens, however, central banks that are administering large-scale government-debt purchases via quantitative-easing programmes could create an overlap between monetary and fiscal policies that may not necessarily lead to optimal outcomes. “The bottom line is that there is a need to recognise the limits of monetary policy,” he warned in May. “Central banks cannot intervene in government debt markets on a large scale for any great length of time. Eventually, the natural boundaries between fiscal and monetary policy will need to be fully restored to preserve central bank credibility.” Carstens has repeated his message since then, arguing more recently that governments should “safeguard fiscal sustainability”, while central banks should focus on their primary mandates of price and financial stability, citing the experience of many Latin American economies as “a cautionary tale of fiscal-monetary interactions gone wrong”.

At this stage, it would seem that central banks would rather do too much than too little to provide support and expedite the recovery process. But it still remains difficult at this stage to conclude with any certainty that the world is definitely over the worst of the virus. With cases having risen in many countries in recent weeks and with stricter lockdown measures being reinstated, the outlook for many economies and indeed the global economy remains decidedly uncertain. “The expansion is still far from complete,” Powell recently acknowledged. “At this early stage, I would argue that the risks of policy intervention are still asymmetric.”