Top Posts
How Gamification is Catapulting Digital Banking to the Next Level
Challenges Remain, But There Are Opportunities to Be Had in...
Interview with Mr. Olukayode Pitan, Chief Executive Officer and Managing...
Commodities Outlook for 2023
The Value of Cash in a Time of Crisis: How...
The US-Africa Leaders Summit: Fostering a Closer Relationship with the...
Home Banking How Crowdfunding Is Challenging the Banking Sector
Banking

How Crowdfunding Is Challenging the Banking Sector 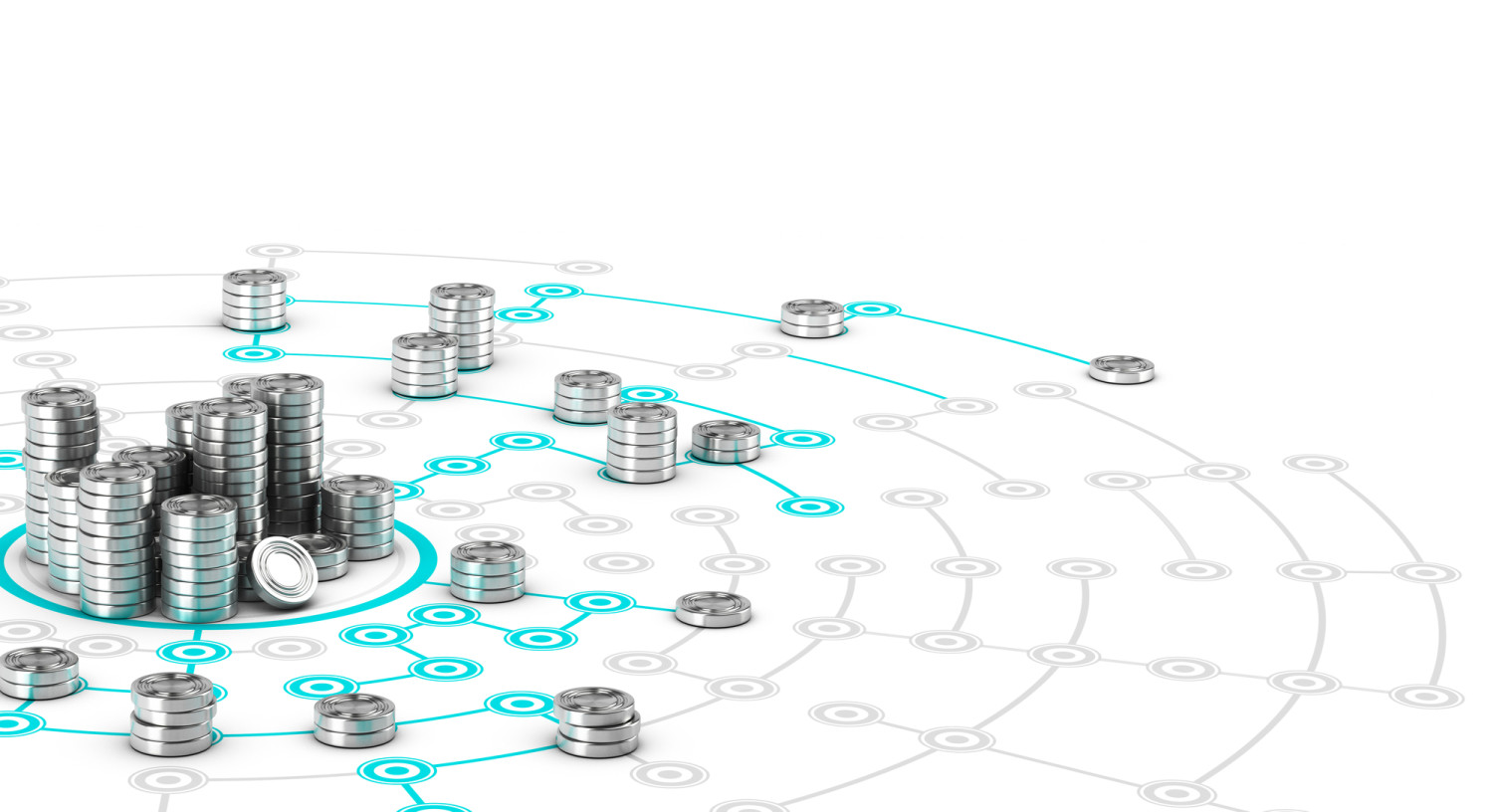 Crowdfunding has been defined as an effort by various parties based around the world to pool their resources together in order to collectively support a project, initiated by an individual or an organisation. Also described as “democratic finance”, crowdfunding projects today for the most part bypass traditional banking intermediaries, meaning that the only entity that lies between borrowers and lenders is the online crowdfunding platform (CFP) through which the project is listed.

By early 2015, over 1,250 CFPs were in operation, providing access to capital and promoting entrepreneurship across various sectors. According to Massolution’s latest annual industry report, global crowdfunding expanded by 167 percent in 2014 to reach $16.2 billion funds raised, from $6.1 billion in 2013. The industry is expected to double again in 2015, with $34.4 billion estimated to be raised by the end of the year. Until 2014, the US and Europe dominated the crowdfunding space. The strong growth experienced last year, however, was to a large extent driven by the emergence of Asia as the latest major crowdfunding hub. The region experienced a staggering 320 percent increase in 2014 to post $3.4 billion raised, putting it ahead of Europe ($3.26 billion) but still well behind North America, which raised $9.46 billion and grew by 145 percent over the year.

As a consequence of this explosive growth, crowdfunding has been asking several pertinent questions of the traditional lending models used by banks. The crowdfunding sub-sector that is having the most profound impact on banking is the investment division—other sub-sectors include debt-based (peer-to-peer lending), donation-based and reward-based crowdfunding—under which there are two main financing mechanisms. The lending-based mechanism, which includes microfinance, consists of platforms such as Lending Club, Prosper and Zopa, which provide borrowers, including individuals and small businesses, with access to lenders who can group together to provide funding, upon which interest is charged and the date of repayment is agreed. Lending-based crowdfunding dominates the overall crowdfunding industry, having raised $11.08 billion in 2014.

The second financing mechanism is equity-based, whereby funds are provided by a group of individuals, rather than a business angel or private investor. Start-ups are among the main users of equity crowdfunding, and they will normally provide their investors with shares and dividends. In the US, equity crowdfunding hit $662 million in the first quarter of 2015, a significant jump from last year’s final quarter figure of $483 million, with investment in real estate leading the way.

Investment crowdfunding appears to be filling a gap for small businesses deemed too risky to obtain financing through traditional banking methods. Following 2008’s global recession, in which a banking culture of excessively liberal credit provision led to a global credit crisis, regulators decided that banks needed to be almost guaranteed a repayment before lending to a small business. According to research conducted by Biz2Credit, an online funding platform for SMEs (small and medium enterprises), as of January 2014, more than 80 percent of loan applications were rejected by big banks; for small banks the rejection rate improved modestly to just over 50 percent. Moreover, estimates suggest that by 2014, investment in small businesses had declined by 44 percent since 2008. SMEs have, therefore, been made to migrate towards CFPs more frequently in recent years. “Business and entrepreneurship” is easily the most popular crowdfunding borrower category, raising $6.7 billion last year and accounting for 41.3 percent of total crowdfunding volume. This indicates the degree to which banks can now be successfully circumvented by small businesses seeking capital.

Kiva, for example, is a CFP that works closely with microfinance institutions and gives individual lenders the opportunity to invest in small businesses all over the world. By June 2015, more than 1.3 million lenders contributed funds through Kiva worth nearly $721 million towards projects in 86 different countries, while the repayment rate on the loans stood at 98.71 percent. Kiva is one of many CFPs that are now challenging traditional banking notions of how credit and trust between borrower and lender should be perceived.

In the wake of crowdfunding’s rapid emergence over the last few years, the banking sector is coming to terms with the new reality that many customers expect a simpler, more transparent form of financing that can utilise the benefits of social media and Web 2.0. Thus, banks have been deciding whether this revolutionary industry should be regarded as friend or foe, and as a result, have had to choose between collaborating or competing with CFPs.

Given the meteoric growth predictions for crowdfunding, an industry still in a relative nascent stage of development, many banks are choosing to work alongside CFPs. Santander’s UK unit, for example, put an agreement in place in June 2014 with peer-to-peer business-lending platform Funding Circle, under which Santander refers to Funding Circle those SME customers who do not meet the requirements for its loans, and in return, the lending platform promotes Santander’s banking services.

Another collaborative initiative emerged last year involving Union Bank, a San-Francisco-based lender, and peer-to-peer CFP Lending Club, in which the bank would obtain loans through Lending Club’s platform. They have also clubbed together to work on creating credit products that are available to customers of both parties. More recently, in January of this year, RBS stated it would begin recommending Funding Circle and Assetz Capital to customers; while in February, peer-to-peer lender Prosper partnered with US local banking group Western Independent Bankers to allow the banks’ customers to access consumer loans through Prosper’s platform.

Given that one of the core concepts of crowdfunding is the focus on transparency, banks are adapting their business models in order to follow suit and provide more transparent products. Triodos Bank is an example of a lender that aims to provide full disclosure of whom it lends to and gives customers a degree of autonomy over how the financing is to be used. Greater transparency may also lead to a major transition in the types of projects that banks choose to finance. Social, ethical and environmental factors, in addition to financial opportunity, may feature more strongly for banks in the credit-approval process.

It is conceivable that crowdfunding could replace some of the conventional banking functions for both borrowers and lenders in the future, with angel investing and venture capital being particularly exposed. However, given that the industry is still in the early stages of maturity, questions linger over whether the crowdfunding model has the capacity to handle a variety of lending and investment-related scenarios, such as whether it can produce successful exits for investors, whether it can deal with dilution in a satisfactory manner, and whether businesses will allow CFPs to make sufficient returns in order for investors to keep returning, especially equity-based CFPs. The risk to investors is also of prime concern, especially given that they are effectively responsible for distinguishing between a good and bad investment choice—this may be enough to make them stay with traditional investment advisors. While CFPs may continue to increase lending regulations and processes of due diligence, this will most likely be associated with rising costs, which could mean that crowdfunding becomes no less expensive than traditional borrowing.

The huge disparity in size between the crowdfunding and traditional banking industries means that CFPs are not currently viewed as a realistic alternative to banks; nonetheless, they are absorbing many unsuccessful start-ups that otherwise would have been priced out of the industry. It is doubtful that crowdfunding will play any significant part in replacing traditional lending functions any time soon. Going forward, however, perhaps CFPs will be more influential in how banks continue to approach small-business financing, and whether they can evolve to extend funding to project areas to which they were previously risk-averse.

Digital Challenges in Banking Put Onus on a Change of Mindset

Taking the pain out of payments through innovative tech

Very interesting page you have here. Written with lots of big words