Top Posts
Eurozone Inflation Soars to a Record 8.6 Percent in June
Why Fintech Has a Role to Play in the Cost-of-Living...
Global Military Spending Hits a Record High
Could Big Tech’s Iron Grip on Digital Advertising Soon Come...
Can Recent Oil Discoveries Prove to be a Boon for...
Is It Time to Explore an Alternative to Fractional-Reserve Banking?
Home Banking How Is Regulation Impacting the Investment Banking Sector?
Banking

How Is Regulation Impacting the Investment Banking Sector? 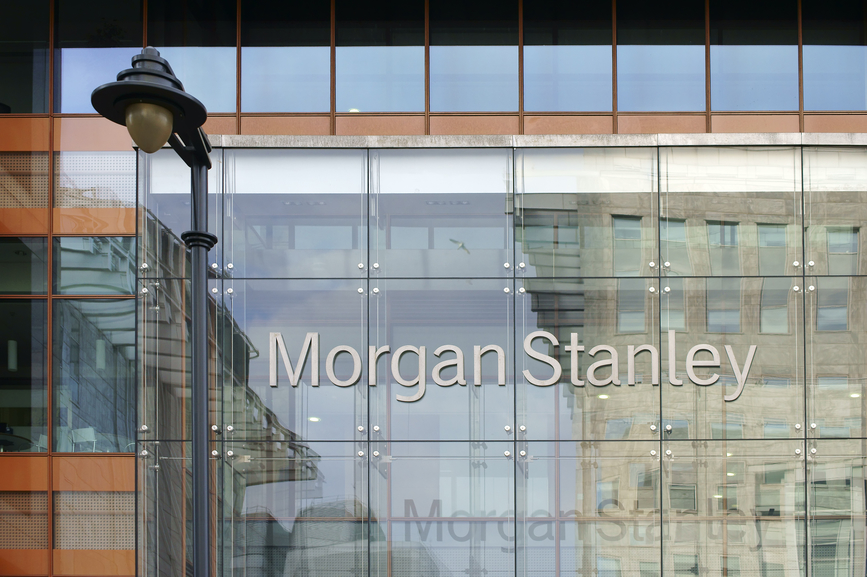 Between the turn of the century and the advent of the global financial crisis in 2007, the investment-banking industry was a haven for unprecedented growth. During a period of sustained economic prosperity, underpinned by the emergence of China as a global economic behemoth, the returns generated for shareholders in investment banking were formidable. Compared to today’s climate, industry regulation and its enforcement were often scant, which created an attractive environment for capital inflows from across the globe.

Since the 2007-09 crisis, however, the banking sector has been hit by a series of regulatory changes that have fundamentally transformed the way in which it now operates. The stringent rules have been designed to administer a greater level of scrutiny to almost all major functions of business-generation within investment banking—namely capital, liquidity, risk management, compliance, traded markets and governance.

The resultant effect has been to almost uniformly dampen profitability. According to The Economist, industry revenues dropped by 30 percent between 2009-12, with regulatory reform being a key contributory factor. More recently, a report by Morgan Stanley and Oliver Wyman in March 2015 calculated that Return on Equity (ROE) for the top 15 investment banks last year was 7 percent; in the seven years before the crisis it averaged more than 20 percent. The 33-percent ROE figure that Goldman Sachs reported in 2007, for example, slid to 11.8 percent last year—a level that only just covered the cost of its capital. The report also calculated that since 2010, the gross balance sheet of the industry has shrunk by 20 percent and that new regulatory requirements have slashed 1.5 percent off industry returns as banks have had to increase allocated equity to meet the new standards.

Among the most wide-ranging regulations being introduced in the wake of the crisis are those by the Bank for International Settlements in Basel. The rules of Basel III have required banks to raise billions of dollars of capital in reserve, improve bank liquidity (principally through the Liquidity Coverage Ratio, which was introduced in part this year) and reduce the amount banks can leverage through the Leverage Ratio, which will be made mandatory under Basel III in 2018.

Many of the regulatory powers asserted that fixed-income trading played a disproportionately large part in exacerbating the crisis. Under Basel III, a significant amount of capital is now required as a buffer to support fixed-income trading activity. This, along with bans on proprietary trading, the use of leverage and near-record low interest rates in the US, UK and Eurozone, which have thoroughly diminished bond yields, have all played their part in squeezing returns from fixed income.

The Morgan Stanley/Oliver Wyman report identifies fixed-income flow products as being the worst affected of all traded asset classes by new regulatory requirements. Flow products in rates markets in 2014 utilised approximately 40 percent of the industry’s capital but earned only 5-10 percent of profits, which, according to the report, will be the chief factor in the reduction of banks’ balance sheets by 15-25 percent during the next three years.

Deutsche Bank is preparing to substantially cut its investment-banking operations, mainly in response to last year’s 9-percent ROE figure coming in under its estimated 10-12 percent, effectively meaning it was losing value for its investors. As reported in the Financial Times, Deutsche is looking to take aim at its Fixed Income, Currencies and Commodities business unit in particular, despite its 2014 position as the market leader in fixed income with a global market share of 10.1 percent, according to data from financial advisory Greenwich Associates. Although trading activity has declined across the board in fixed income, and despite the predictions that business activity will rise when the US and UK raise interest rates as expected later this year, Deutsche’s bearishness on fixed income is a clear response to the onerous regulatory burden that has been imposed, and which is only going to become heavier.

The Dodd-Frank Wall Street Reform and Consumer Protection Act, which was signed into law in 2010, is viewed as being the most significant item of US financial regulation since the Great Depression. Its stated aim is to avoid another financial crisis like that experienced in 2007-09. Within Dodd-Frank’s 5,000-plus pages of regulation contain restrictions on many specific business areas within US investment banks, as well as the US banking sector as a whole.

Dodd-Frank identifies mortgage-lending as a prime example. New mortgage regulations have caused numerous banks to re-evaluate their commitment to their mortgage-lending businesses, with some banks even deciding to confine lending to Qualified Mortgages that are restricted to specific target markets only.

A major legislative item within the Dodd-Frank framework that will be partially coming into effect in July 2015 is the Volcker Rule. The rule prevents US banks (and international banks with US operations) from short-term proprietary trading for the banks’ own accounts, as well as prohibiting them from having general trading relationships with hedge funds and private-equity funds. Customer deposits, which previously could have been used for proprietary trading, are now clearly separated from such activity. Trades related to risk-reducing hedges, market making, underwriting and liquidity management will be exempt from Volcker to ensure that market liquidity, among other considerations, remains unaffected.

To ensure trades are correctly classified as per Volcker’s requirements, banks are having to significantly improve their capabilities in risk reporting, risk monitoring and compliance. Metrics such as risk/position limits, value-at-risk positions, inventory turnover and P&L (profit and loss) attribution will all have to be monitored more comprehensively, which adds sizeable costs to banks’ back-office and compliance functions. From a front-office perspective, the Office of the Comptroller of the Currency last year calculated that in order for US banks to solely have trades on their books that are given the green light by Volcker, they could lose up to $4.3 billion from having to unwind all “unrestricted” investments at a loss.

The response from banks

The reaction from within banks has understandably been one of grave concern, with many feeling that the industry is now over-regulated. JP Morgan Chase has been among the most vocal critics of the new wave of regulations. CEO Jamie Dimon has lamented the increased number of regulators in particular and believes that the size of JP Morgan—the biggest US bank—attracts an unfair amount of attention from regulatory bodies. Dimon has also argued that his bank came through the crisis with relatively fewer scars than its peers and is now being unfairly punished. Increasing regulatory requirements shaved 1.8 percent off JP Morgan’s ROE figure last year, to leave its final ROE figure of 10.1 percent barely covering its cost of capital.

However, there is already evidence that banks have adjusted positively to the new regulatory environment. In March of this year, the Federal Reserve conducted its annual stress tests for US banks in an effort to verify whether a specific lender had enough cash and robust internal risk-management systems in case of an economic disaster. For the first time, every major US bank passed the test, albeit only marginally. Bank of America received a “conditional” failure, meaning that it is now required to resubmit its capital plans in September of this year.

The overall results, in which the Fed deemed 28 out of 31 banks to be adequately balancing capital and risk, can be viewed as encouraging progress in terms of gauging whether a bank is now deploying its capital more responsibly. However, the fact that the biggest banks only scraped through the tests reveals that there is still more work to do to adjust to the changing regulatory landscape.

Post-crisis regulations have also been implemented to effect an overhaul in compliance and risk functions within banks. In a comprehensive, industry-wide study of US banks in January 2015, Deloitte cited 2014 as being an important year for banks in acclimatising to regulatory changes. Banks increased their headcounts of compliance staff, strengthened internal controls and improved risk governance.

For its seventh consecutive year, Accenture published its “Top 10 Challenges for the Investment Banks”, and not surprisingly, the ongoing challenge of regulation was of prime concern. Accenture calculates that ROEs for Tier 1 investment banks could fall by a further 5 percent going forward, as more rules are put in place, and that according to senior industry professionals, up to 70 percent of banks’ variable investment budgets will be put aside this year for regulatory reform, similar to the amount allocated in 2014.

Tougher regulation will continue to force investment banks to downsize their trading desks, as banks will be required to hold more capital in reserve as “buffers”, thus making many trading activities less profitable. As a result, investment banks’ balance sheets will diminish by a further 10-15 percent in the next couple of years, according to the Morgan Stanley/Oliver Wyman report, with European banks predicted to be among the worst to suffer: RBS will shrink by 43 percent, Credit Suisse 25 percent, UBS 19 percent and Barclays 18 percent.

More regulation is on the way—by July 2014, for example, only 52.3 percent of Dodd-Frank’s required rules had been met, which means that the industry can only expect further tightening. It seems patently clear that the new culture of tighter regulation, stricter compliance and more robust risk-management capability is here to stay, so those banks who implement the required structural changes more quickly will be the ones better positioned to realign their focus back again to one of growth and profitability, rather than one of contingency and cost minimisation.

Just How Bad Is the Situation for Greek Banks?