Top Posts
Interview with Mr. Olukayode Pitan, Chief Executive Officer and Managing...
Commodities Outlook for 2023
The Value of Cash in a Time of Crisis: How...
The US-Africa Leaders Summit: Fostering a Closer Relationship with the...
Three Key Sectors in Which to Invest in 2023
Three Key Stocks in Which to Invest in 2023
Home Banking How to Improve the Functioning of International Financial Standards
Banking

How to Improve the Functioning of International Financial Standards 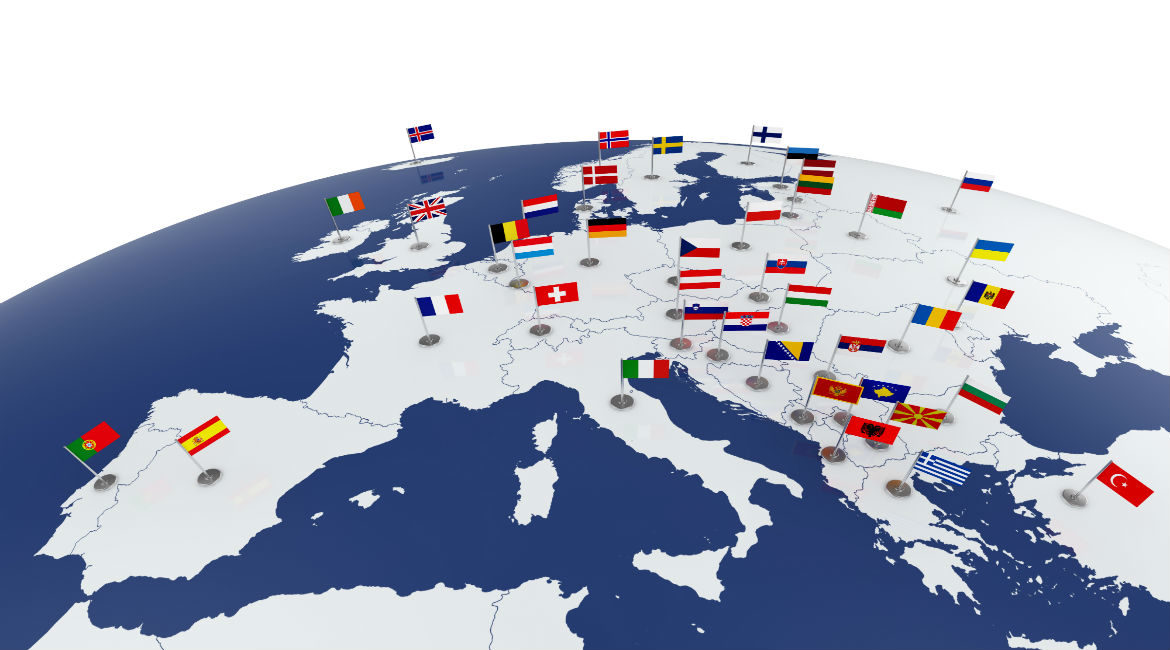 By Santiago Fernández de Lis and

In recent years, as the process of regulatory reform has progressed, we have witnessed a paradox of increasingly detailed standards with increasingly inconsistent implementations. The degree of technical detail of the standards can be explained by the complexity of the issues and the dynamics of standard-setting bodies, through which a plethora of committees, working groups and task forces were created in the aftermath of the 2007-08 financial crisis. At the same time, when legislators in national parliaments deal with these issues, they tend to adopt a national approach, which is understandable given the widespread perception that the crisis originated abroad, but its costs were finally covered by national taxpayers.

The possibility that national legislations depart from international standards agreed by technicians in global forums is intrinsic to the democratic process. The more detailed the standards, the more room for divergence. In a previous article (Fernández de Lis, S: “Towards More Selective and Enforceable International Regulatory Standards”, International Banker, Autumn 2017), one of us argued in favour of simpler, more enforceable and more forward-looking standards. In this article, we will elaborate further on how to achieve this more consistent implementation, so that tools that are designed to assess the degree of adherence to international standards—such as equivalence, substituted compliance or mutual recognition—are not left to the entire discretion of national authorities but rely on existing exercises by international financial institutions and standard-setters, such as peer reviews, reports on the observance of standards and codes (ROSCs) and Financial Sector Assessment Programs (FSAPs).

The uneven adoption of international standards is a major source of market fragmentation. A not-homogeneous implementation can be justified to adapt to the characteristics of the local market or product (for example, in the case of products that are inherently local, such as mortgages). In those cases, the lack of cross-border competition and the inter-linkages with local regulation (conduct, fiscal, etc.) justify more flexibility in the implementation. However, national discretions are being used to make local regulation stricter or laxer, sometimes seeking for gold-plating or for the ring-fencing of the domestic market, without many links to local specificities.

Furthermore, fragmentation can also be the result of some jurisdictions applying the standards later than others. For example, some emerging countries have lagged behind in the implementation of Basel standards and are now converging to Basel III. Sometimes this results in significant differences in certain areas of regulation, for example, in the definition of capital, phase-in clauses or risk weights that are not adjusted to the latest Basel standards. Of course, more commitment of non-G20 jurisdictions to international standards would require their appropriate involvement in the development of these standards.

Fragmentation can also arise from differences in accounting standards. For example, the different treatment of derivatives between US GAAP (Generally Accepted Accounting Principles) and IFRS (International Financial Reporting Standards) created inconsistencies in the leverage ratio that had to be corrected in the final rule. There are also differences in the accounting definitions of certain classes of assets (for example, software), which can lead to differences in the applications of some capital provisions, such as capital deductions.

These differences create problems because of the consolidated application of capital requirements, which means that in practice, the whole banking group needs to comply with the parent’s regulation, irrespective of local rules. And this can leave subsidiaries of international banking groups (especially those that are decentralized, retail and funded with local deposits) competing with a disadvantage compared with local peers that have to comply with only local regulation.

The extra-territoriality of regulation is another source of market fragmentation. For instance, the Capital Requirements Regulation (CRR) in Europe requires that AT1 (additional Tier 1) instruments include a conversion trigger that must be calculated according to this particular legislation. This means that AT1 instruments issued by subsidiaries of European Union (EU) banks in third countries need to have this trigger calculated according to European rules in order to be computed at the consolidated level. This is in practice very difficult, especially in emerging countries where capital markets are less developed. Moreover, the European Commission’s proposal for the revision of the CRR requires that Tier 2 (T2) instruments are converted to CET1 (common equity Tier 1) or written down at the point of non-viability (PONV), which is linked to the European Bank Recovery and Resolution Directive (BRRD). Again, this is a problem for decentralised banks with a multiple-point-of-entry resolution strategy, which requires Tier 2 instruments to be issued in host countries according to local regulations.

Another source of market fragmentation is related to the lack of cross-sectoral regulation. This is crucial regarding the arrival of new digital competitors. In the era of digital transformation, competition is both cross-sectoral and cross-border, while its regulation remains sectoral and local. The absence of a global governance for these issues (which are beyond the mandate of standard-setting bodies and international financial institutions) is a serious deficiency that should be addressed by the official sector.

Regulatory fragmentation can have a negative impact on global financial markets and on the performance of global players. Fragmentation can seriously disrupt resources allocation, generating inefficiencies and triggering regulatory arbitrage that can end up eroding financial stability.

As we have already stated, tools that are designed to assess the degree of adherence to international standards should not be left to the entire discretion of national authorities. This is, for example, the case of mutual recognition, by which two countries accept the broad conformity of each other’s financial rules, entailing that both rulebooks are roughly consistent. Another example is equivalence, by which a country can grant market access to the financial entities of another country if it deems that the rules in force are aligned with its own. In Europe, it is also used as a way of giving the same prudential treatment to holdings of home-country or third-country sovereign debt. The objective is protecting local consumers and financial stability, while facilitating cross-border permeability of capital. However, this is a one-way process that can be withdrawn at short notice, does not cover all types of regulation (commercial banking is excluded in the European Union) and is not based on an agreed definition. For example, when the competences for granting equivalence were moved to European authorities in 2015, they withdrew the equivalence decisions granted until then by its member states, except for a few selected third countries. This situation was prolonged for several years due to the lack of resources for analysing these cases in European institutions. In a nutshell, processes such as equivalence, substituted compliance or mutual recognition are currently discretionary decisions taken in an undefined process that can last for a long period and that can be revoked unilaterally, thus generating considerable uncertainty in the activities of global banks.

It is important to take into account that a significant part of regulatory fragmentation originates in the supervisory field. For example, home-host coordinationbecomes difficult if the rules that local supervisors try to impose on foreign players are not aligned with their home-country frameworks or if national rules have extraterritorial effects. The signing of memorandums of understanding(MoUs) among supervisors can also be challenging in these situations.

In order to streamline the use of tools such as mutual recognition or equivalence or to improve supervisory processes such as home-host coordination, the signatures on memorandums of understanding, supervisory colleges or crisis-management groups, several lines of action could be implemented. At a more general level, efforts are needed in terms of better measuring market fragmentation and its causes, more extended use of regulation ex-ante and ex-post impact analyses and improved cooperation among authorities.

An area in which there is considerable room for improvement is in the use of international reports on standards implementation. There are numerous institutions preparing regular reports on the compliance with standards of the different countries, including peer reviews, reports on the observance of standards and codes (ROSCs) and others. A good example is the Regulatory Consistency Assessment Programme (RCAP) elaborated by the Basel Committee twice a year to measure progress in the implementation of the regulatory reform in a significant number of jurisdictions. Another example is the Financial Sector Assessment Program (FSAP)by the International Monetary Fund (IMF), which analyzes the resilience of financial sectors, the quality of regulatory and supervisory frameworks, and the capacity to manage and resolve financial crises. It is published every five years for jurisdictions considered systemically important and is voluntary for the rest. FSAP-supporting documents frequently include Detailed Assessments of Observance of relevant financial-sector standards and codes. There are other similar reports being elaborated by international authorities, such as the Basel Committee’s peer reviews (for example, the report on supervisory authorities’ implementation of stress-testing principles), the European Banking Authority’s (EBA’s) peer reviews (for example, on the functioning of colleges) or the Financial Stability Board’s (FSB’s) reports on the impacts of regulation.

These reports could be more useful if there was dialogue with regulatory and supervisory authorities worldwide, so that they include those aspects that are usually analyzed in processes such as mutual recognition or equivalence. Countries that according to these reports have satisfactory implementation of the standards should be considered suitable for mutual recognition or equivalent automatically, or at least there would be in their cases strong presumption of compliance, unless proved otherwise. This would translate into more efficient processes and a smoother relationship among supervisors, fostering trust among them. In the context of Brexit, for example, an efficient and predictable process will be of utmost importance. The industry may help in the elaboration of these reports, ensuring that conclusions are based on actual figures and that the different business models of entities are well represented. For example, data templates for impact analyses of liquidity standards should be individual, and not consolidated, for multiple-point-of-entry banks.

In order to avoid market fragmentation in the post-crisis era, a more consistent implementation of international standards is of utmost importance. Otherwise, obstacles will distort the allocation of resources worldwide, leading to inefficiencies and endangering financial stability. Therefore, tools that are designed to assess the degree of adherence to international standards, such as equivalence or mutual recognition, should not be left to the entire discretion of national authorities. Existing reports by international financial institutions and standard-setters could be used for this purpose, so that countries that show a sufficiently comprehensive implementation of standards enjoy a presumption of compliance for mutual recognition or equivalence, unless proven otherwise.