Top Posts
Is It Time to Explore an Alternative to Fractional-Reserve Banking?
Can AgTech Prove Instrumental in Helping to Feed the World’s...
Can the Indo-Pacific Economic Framework Expand US Economic Influence in...
Banks Remain Uniquely Vulnerable to Sophisticated Cyber-Attacks
Western Banks Willing to Accept the Short-Term Pain of Russian...
Why the US Is Ramping Up Its Presence in Somalia...
Home Banking How will the Fed’s rate increase affect South America?
Banking

How will the Fed’s rate increase affect South America? 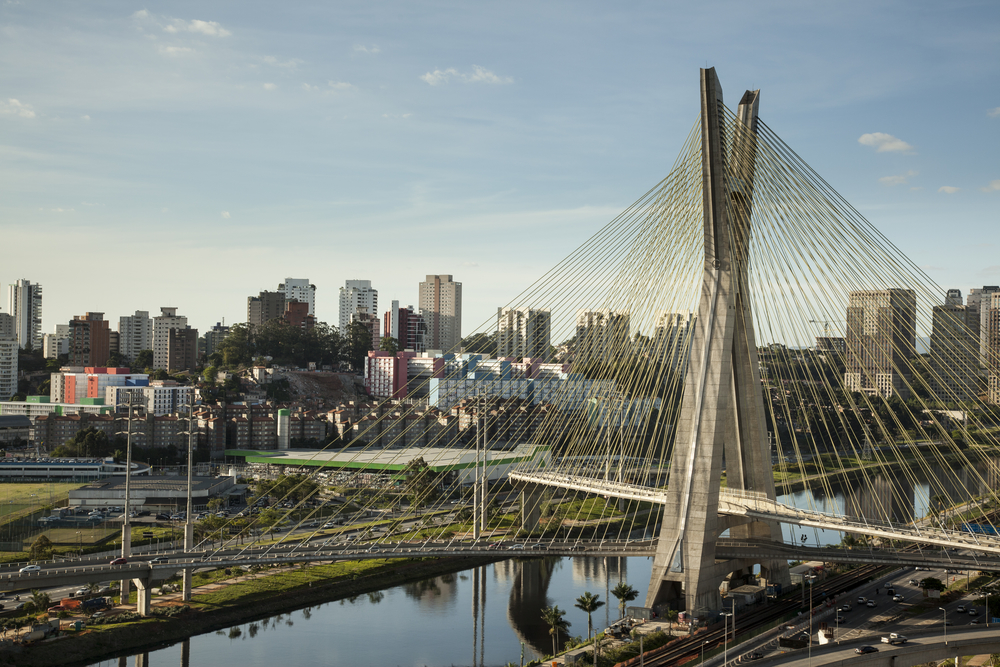 Following its mid-December meeting, the Federal Reserve increased its benchmark interest rate by 25 basis points, marking the first time the US central bank has increased rates since June 2006. As the country’s unemployment rate has continued to fall throughout 2015 and inflation has recently begun to rise – particularly wage inflation – it has become clear that the economy is gradually approaching full capacity. As a stabilising mechanism, therefore, rates have been boosted to prevent the US economy from overheating. Furthermore, such a move is expected to have a profound impact on South American economies, many of whom have sizeable trading relationships with the US.

Of all of South America’s economies, its biggest, Brazil, could end up being the worst affected by the Fed rate hike. The country is already in the midst of its worst downturn since the Great Depression, with GDP having contracted by 1.7% in the third quarter, year-on-year inflation now in double digits, unemployment near the worst levels of the decade and, perhaps most striking of all, the Brazilian real losing over 30% of its value against the dollar during the year, thus placing the currency among the very worst of emerging markets in 2015. The ongoing collapse in commodity prices and the economic slowdown in China – Brazil’s primary commodity trading partner – have undoubtedly exacerbated the situation.

The Fed’s interest rate rise is expected to continue pushing the real into weaker territory, which is made worse from the fact that Brazil is caught in the undesirable position of having spiralling inflation and negative economic growth. The central bank, therefore, has been unable to raise rates to maintain the rate differential with the US, as it would send the domestic economy into an even deeper recession. As such, the outlook for the real to recover remains gloomy. To compound matters, moreover, the Fed’s rate hike comes at a time when Brazil has accumulated the world’s second biggest amount of dollar-denominated debt, according to the Bank of International Settlements, which means that further weakness in the real could render numerous Brazilian companies incapable of repaying this debt. Further US rate increases in 2016 will make Brazil’s situation even more desperate, especially if China continues to pursue its own policy of currency devaluation.

While the Fed’s most recent rate increase has been a momentous occasion, especially since it has occurred for the first time in almost 10 years, the move was expected for much of 2015. As such, the majority of markets had already priced in this outcome so that when it did finally occur, the market reaction was largely muted. Evidence of this can be seen by the fact that South American currencies were broadly steady in the wake of the rate increase, as well as by the number of central banks in the region who immediately responded by hiking their own lending rates in lock-step with the Fed. Chile and Colombia both increased their rates by 25 basis points, and Peru did so a week earlier. Although accelerating domestic inflation was the main reason cited for the move in all three cases, ensuring that the rate differential with the US was maintained and thus an exodus of capital was avoided will also have been high on policymakers’ priority lists.

What appears to be the more pressing indicator for many South American economies, therefore, is just how quickly further rate hikes by the Fed will occur in 2016. The steeper the trajectory, the more concerning it will be for emerging markets who will ostensibly have to bear higher capital outflows, more pressure on their currencies and inducements towards contractionary monetary policy, which in turn constrains domestic economic growth. Whether South American central banks will keep pace with the Fed’s rate hikes in 2016, however, remains to be seen. The direction taken by commodity prices next year, moreover, will play a pivotal role in determining the extent to which several South American economies will be impacted by further Fed rate increases. In some countries in the region, ongoing commodity price weakness has driven domestic currency values lower, which in turn has made imports more expensive and thus had the overall effect of driving inflation up. Thus, if such currencies continue to weaken against the dollar on the back of further US rate increases, inflationary pressure is likely to intensify, which in itself could spur central banks into concurrently hiking interest rates.

This is already being demonstrated by Colombia, which is the third largest exporter of crude oil in Latin America, with the US being its top oil export destination. As the oil price has continued to suffer, Colombia’s 2015 GDP forecast has been repeatedly slashed by its central bank throughout the year, from over 4% in January to 2.8% most recently, its peso has dropped by over 30% against the dollar during the year, and as a result, inflation has accelerated to 6.39% in November – more than double the central bank’s 3% target. With inflation and GDP growth on an increasingly divergent path, further US interest rate rises could pose serious problems for the central bank, ones similar to those currently being faced by Brazil. Indeed, the price of Brent crude oil slid to an 11-year low since the Fed increased rates, which is bound to impact Colombia’s growth prospects further.

Chile, similarly, has revised its 2015 GDP growth forecast downwards during the year and the economy is now expected to grow at 2%, almost exclusively thanks to the price decline to a 6-year low for copper, of which Chile is the world’s biggest exporter (and the US its second-biggest export market). In contrast to Colombia, however, Chile’s inflation rate has been falling through the second half of the year; although the 3.9% rate recorded for November could still be considered high, the fact that it has been converging towards the central bank’s inflation target, coupled with the fact that the market largely did not expect Chile to increase rates in December, suggests that the Chilean central bank’s decision to tighten monetary policy was very likely influenced by the Fed’s rate hike. Given that the peso has already fallen by 13% in 2015, staying in step with the Fed would purportedly protect the Chilean currency from further unnecessary weakening.

The one economy in the region where the Fed’s impact will be the most difficult to gauge is Argentina, specifically because the country’s new government decided to remove its 4-year policy of strict controls on the sale of US dollars, at the same time as the Fed increased rates. This is a hugely significant policy designed at making the Argentine peso more competitive again, which revive the agribusiness export sector once more, although in the immediate aftermath of the controls being lifted the currency lost a quarter of its value against the dollar. The Fed’s rate hike may have exacerbated the fall to a certain degree, but in the longer term, the government’s policy is expected to bring badly needed dollars into Argentina’s economy. How quickly this happens, however, could be influenced by how gradual subsequent US rate hikes transpire in 2016.

It should also be mentioned that the Fed’s most recent rate increase is indicative of the US economy’s current buoyancy, and is to some extent pre-emptive, rather than explicitly contractionary. As such, South America’s exporters should benefit from the fact that the US economy (and thus consumer demand) is growing solidly and is expected to continue doing so in 2016. Given that Federal Reserve chief Janet Yellen has stated that she expects further rate increases to be gradual, and given that most South American economies have not accumulated substantial amounts of dollar-denominated debt (with the notable exception of Brazil), the majority of the central banks and governments in the region are being touted to take future US rate hikes in their stride.