Top Posts
The Devil We Thought We Knew
How China Has Managed to Avoid the Inflation Bug
Are Your Bank’s Digital Marketing Metrics Meaningful?
Identifying Beneficial Ownership: A Regulatory Conundrum
Forging a Digital Framework to Harmonize the Global OTC Derivatives...
The Paradox of AI and Investing
Home Banking Indonesian Banking Sector: Challenges in 2014
Banking 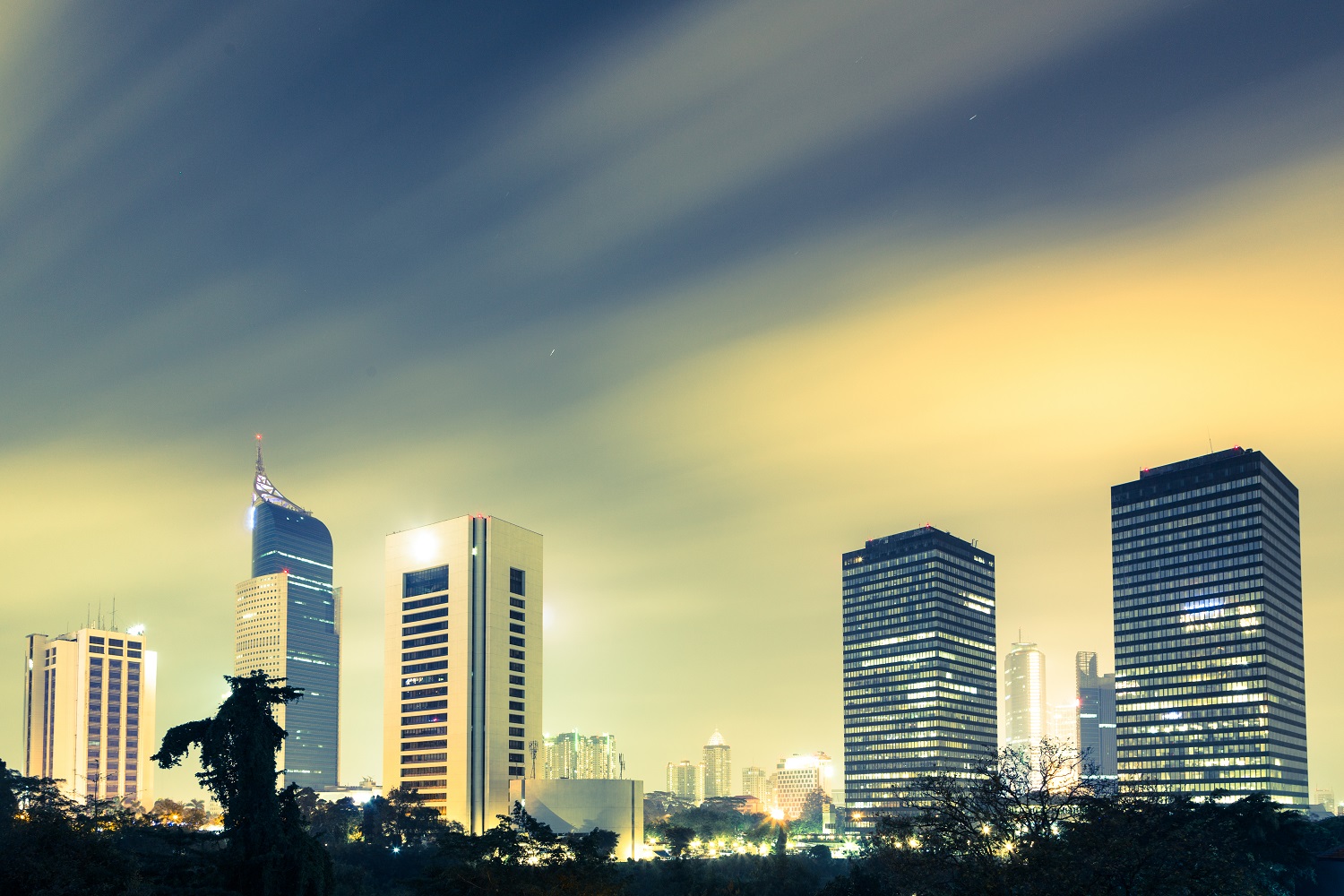 By M. Jusuf Wibisana, Partner at PwC Indonesia and Lecturer at FEB University of Brawijaya

After experiencing phenomenal growth of 22 to 24 percent in their banks’ loans for the last four years, most bankers expect that business will slow in 2014. More than half of the bankers participating in PwC Indonesia’s 2014 Banking Survey expect loan growth to be around 15 to 20 percent in 2014, a slight decline from the 21.8-percent actual growth in 2013. Still, the expected growth is one of the highest in the region and significantly higher than expected growth in the Indonesian GDP of 5.4 percent in 2014.

Significant loan growth is possibly associated with increasing non-performing loans (NPL), but this is not the case in the banking sector of Indonesia. During the last four years, the NPL ratio-net remains around 1 percent per year. In 2013, the 10 largest banks booked NPL-net less than 0.7 percent on the average, with the lowest being only 0.2 percent. The NPL ratios remained stable at the end of March 2014. The NPL ratio represents the quality of loans extended by banks, measured by the percentage of doubtful debts, after provision for bad debts, compared to total loans. With net interest margins ranging from 4.5 percent to 9 percent, the profitability of the banking sector, measured by percentage of net income from equity, is 18 percent on the average for commercial banks and 22 percent for state-owned commercial banks. These statistics demonstrate the healthiness of the banking sector in Indonesia.

PwC Indonesia’s 2014 Banking Survey, represented by 80 percent of the top-30 banks’ executives as respondents, revealed interesting facts about how bankers see Indonesia’s economy in 2014. Bankers are concerned about three issues. Firstly, almost one third of them (32 percent of respondents) think that rising inflation and interest rates will have the largest impact on Indonesia’s economy. The rate of Bank Indonesia’s certificates (SBI) has increased by 36 percent from 5.5 percent in 2012 to 7.5 percent in 2013, driving lending- interest rates up to 12 percent or higher. The majority of respondents, 78 percent of them, anticipate lending growth to be sluggish due to increasing interest rates. Secondly, 26 percent of respondents believe that the 2014 general elections, comprising parliament and presidential elections, will have a major impact on the economy. They believe the election, even though it may be run in an orderly manner and carried out peacefully, will still cause many investors to hold back on their plans for expansion and investments until they see certainty in the new administration. This will result in lower demand for new or additional loan facilities in 2014. Lastly, 25 percent of bankers believe that the potential tapering of the US stimulus package will adversely affect the Indonesian economy as well.

Against the backdrop of a slowing economy in 2014, bankers will sharpen their strategy to remain profitable and competitive. We asked bankers about their top strategy but noted a wide range of target areas with no clear indication on which goal tops their lists. However, two contrasting themes appear when we separate responses from local and state-owned banks from that of foreign and joint-venture banks.

Local and state-owned banks state that growth in consumer, retail and SME business is their key target. They see these sectors as the backbone of Indonesia’s economy and expect them to continue to provide a healthy interest margin under current economic conditions. They believe their widespread branches and deep experience will provide them with the ability to reach out to customers in these sectors. This is in line with Bank Indonesia’s statement that requires banks operating in Indonesia to direct at least 20 percent of their credit portfolio to these sectors by 2018.

On the other hand, foreign and joint-venture banks are more focused on growing their corporate and commercial-loan segments, the sectors about which they have knowledge and more expertise. In these sectors, they can also leverage on the networks of their principals.

Both groups, however, share the view that the second strategic goal of 2014 is managing assets and liabilities properly. Speaking to bankers, they shared that they manage assets and liabilities either in a defensive or aggressive manner. Defensive control refers to isolation of the net-interest margin (NIM) from fluctuations in the market interest rate. Aggressive control focusses on maximising the NIM by altering balance-sheet structure such as rate and composition of third-party funds, debt securities and equity. In reality, no bank is willing to sacrifice the NIM significantly for the sake of loan growth, even under increased competition. Surprisingly, some banks reported a slight increase in the margin at a time when competition has become tougher, and this is achieved by improving funding and distribution channels.

Given the tight economic conditions, bankers agree that they should cope with three challenges, namely margin pressure, increased competition and increased credit risk from loan portfolios. They do not see the Indonesian economy fully recovering in 2014, even though it will show signs of improvement. This view is consistent with the views of economists, analysts, as well as government agencies such as Bank Indonesia. Increasing interest rates resulted in higher lending rates in order to maintain a certain NIM level. On the other hand, banks face declining growth in demand for loans due to falling prices of commodity exports, especially certain mining products such as coal. This will result in margin pressure. Many bankers, 26 percent of respondents, believe that margin pressure is the top challenge that they will face and deal with in 2014.

Another group of bankers, 23 percent of respondents, believe that intensifying competition is amongst their top challenges in 2014. We asked further about the types of competition they expect to face, and they replied that competition for funding will be the toughest one, followed by competition for talent. On the funding side, banks have to offer attractive interest rates plus gifts to individuals to increase third-party funds. Some foreign banks even offer rates up to 10 to 11 percent for three-month time deposits, which is significantly higher than a year ago. The increasing interest rate for funding, in fact, does not harm the business of banks significantly, since they are able to pass on a significant portion of the increase to customers. The end result is that the NIM has been decreasing, but not as much as the increase in the funding side. Added by the fact that the NIM of Indonesian banks is probably among the highest in the world, we can expect that the banking sector will stay healthy, amidst increasing competition and a tightening economy.

War for talent is another hurdle faced by the banking sector. There are many graduates, but those who meet stringent banking requirements are few. There is an increasingly high turnover in human capital (HC). Almost 20 percent of bankers reported turnovers of more than 15 percent in their respective banks, whilst a majority of them, or 53 percent, said  turnovers range from 5 to 15 percent. Such a high turnover rate was previously associated only with professional firms, such as consulting, law and accounting firms. We have witnessed some executives moving from one bank to another bank, and sometimes they bring with them their teams. We have seen several banks that developed micro and SME outlets poach thousands of staff from other banks in one year. This indicates that the economy is growing rapidly, exceeding the ability of educational institutions to provide banks with quality graduates. This may be a nice problem to have – and to resolve, of course.

The Economic Fallout from Turmoil in Ukraine

Is This the End of Commodity Trading in Banks?