Top Posts
Tesla Job Cuts Reflect Precarious Health of Global Economy
Artificial Intelligence is the Future of the Banking Industry —...
Why Taiwan is Pivotal in Ongoing Global Geopolitical Tussles
Is an Impending US Recession Now All but Guaranteed?
What is Driving Customer Centricity in Banking?
Near-80 Percent Inflation Exposes Turkey’s Grave Economic Mismanagement
Home Banking Industry Woes on the Rise
Banking 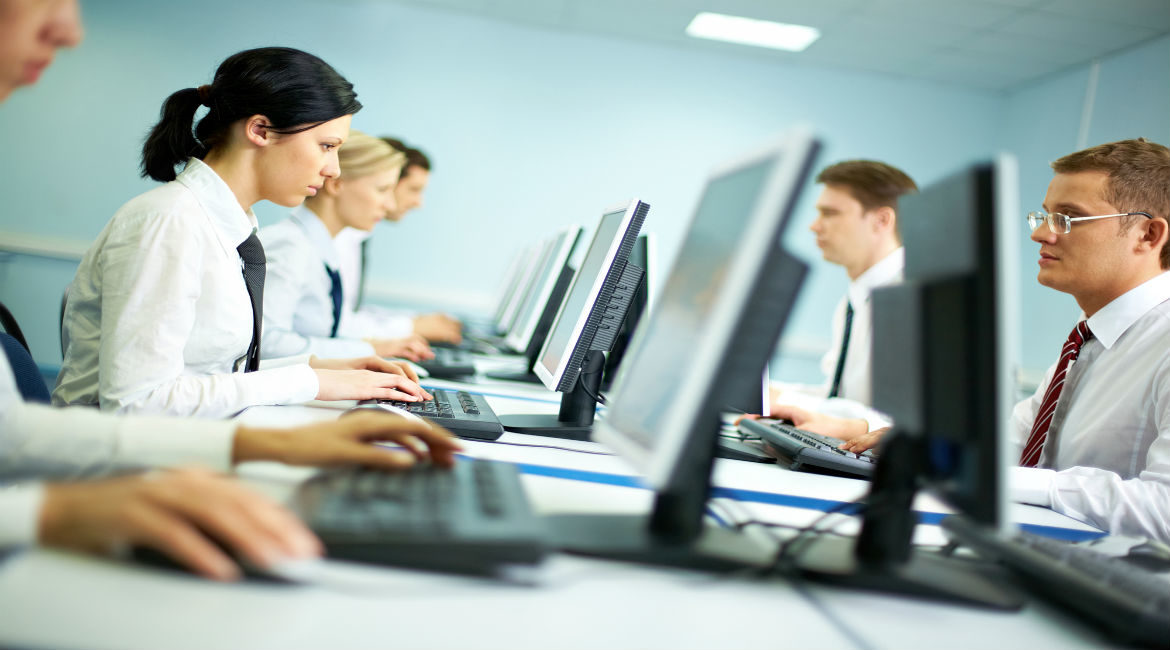 Investment banks have long held a reputation as the Holy Grail of financial-services careers. For many decades, Wall Street’s largest firms would regularly out-woo—and significantly out-bid—their corporate rivals for their pick of the world’s elite business-school graduates. Huge bonuses, lavish perks and unlimited scope for career advancement had the best and brightest lining up at every global investment bank’s front door.

Following the global financial crisis (GFC), the industry’s reputation was turned on its head, with unethical practices and sky-high employee compensation coming under intense scrutiny from regulators, shareholders and the public at large. The European Union (EU) led the way with its Capital Requirements Directive IV (CRD IV), which became effective on January 1, 2014. Among its key provisions, CRD IV caps individual employee bonuses of EU-based credit institutions and investment firms at 100 percent of their base salaries, although this may be raised to a maximum of 200 percent with shareholder approval. Additional transparency and disclosure requirements have also been put in place for employees earning more than €1 million per year. In April 2016, US regulators announced they would consider implementing rules requiring banks with more than US$50 billion in assets to defer the payment of at least half of executives’ bonuses for at least four years. Furthermore, these firms would be able to “clawback” bonuses for a minimum period of seven years in the event an employee’s actions hurt the institution or if that firm had to restate its financial results.

In response to such measures, banks moved quickly to better align employee incentives with their long-term performance. Annual bonuses were slashed, and cash payouts were increasingly replaced with share-based incentive payments, much of which is subject to prolonged deferral schemes and clawback provisions. Most international banks have already frozen their employees’ base salaries for several years, with the exception of those being promoted to a new corporate rank.

Moreover, the largest firms are setting aside an increasingly smaller share of their revenues to pay their employees. In fact, between 2011 and 2015, almost all Tier 1 global investment banks saw substantial reductions in group-wide compensation-to-net-revenue ratios, reflecting a growing disconnect between performance and pay. Morgan Stanley, for example, saw its bank-wide compensation-to-net-revenue ratio fall from 60 percent in 2011 to 46 percent in 2015, while at UBS it fell from 58 to 52 percent over the same period. Additionally, many corporate benefits—including expatriate packages—were also cut or severely curtailed. The multi-million dollar carrot that once attracted so many to the industry all but disappeared.

A talent crisis is brewing.

With reputations badly damaged and compensation on the decline, banks are finding themselves in the midst of a major talent crisis. Global bulge-bracket firms are no longer regarded as the destination of choice for Ivy League and Oxbridge graduates, who are increasingly shying away from the industry and turning to companies such as Facebook, Amazon and Google, as well as a host of new technology startups.

One factor behind increased voluntary-turnover rates has been a shortening of employee tenures, especially with respect to the Millennial generation. According to a recent study by LinkedIn of 12 global investment banks, analysts and associates who left their positions in 2015 had stayed in their roles for an average of 17 months. This compares to a 26-month average in 2005 and a 30-month average for those departing the same positions two decades earlier. Young bankers, it seems, are no longer in it for the long haul.

Recognising these challenges, banks have undertaken a variety of measures designed to stem the talent bleed. They have also sought to overhaul their image as “churn and burn” factories in an effort to market themselves as attractive employment destinations for Millennials. Some of these policy adaptations have been relatively concrete, such as accelerated promotion timelines for analysts, while others have focused on “softer” employment benefits, such as greater commitment to work-life balance for junior employees.

While these measures are a step in the right direction, we believe some of these policies have created unfavourable anomalies for the industry. On the topic of compensation, with bonus pools on the sharp decline, most global banks moved to hike employee base salaries. In addition to appeasing employees over shrinking variable-compensation pools, these salary adjustments were used to sidestep the EU bonus cap: for many senior bankers, base-salary hikes were supplemented by sizeable role-based allowances. Such practices caught the attention of regulators, such as the Bank of England (BoE), which cautioned that a shift towards higher salaries would make banks less nimble in the face of economic downturns, given salaries are harder to cut than bonuses. We agree with the BoE’s sentiment and feel banks now have far less ability to manage their cost bases than before the GFC.

We also believe the shift in compensation structures towards higher fixed salaries and lower bonuses is failing to provide adequate incentives for employees to perform at their best. A senior banker at one international investment bank to whom we spoke said that the base-to-variable compensation ratio guideline for analysts, associates and assistant vice presidents was 96:4. With junior bank employees standing to receive an average annual bonus of 4 percent, we feel there is very little incentive for staff to “go the extra mile”, which also has the potential to negatively impact the performance of the wider organisation.

From a career-development perspective, while accelerated analyst promotions have sought to stem the tide of junior departures, banks have done little to address the growing bottleneck of mid-level bankers—namely, associates, vice presidents and directors—with limited upward mobility prospects. This is a result of strict quotas on senior promotion openings in an effort to rein in costs. In 2013, for example, Goldman Sachs changed its managing-director selection process from once every year to once every two years. Even before this change was put in place, the bank promoted only about 2 percent of its global vice presidents each year to managing directors.

Similar situations exist at other global firms. An employee at one bulge-bracket investment bank we interviewed said that of the approximately 500-strong front-office employees in the bank’s regional equities business, only two were promoted to managing director (from a pool of approximately 200 executive directors) and six to executive director (from a pool of approximately 140 vice presidents) for each of the past three years. This growing bottleneck of mid-ranking employees is creating considerable discontent among a large proportion of the group’s workforce: voluntary-turnover rates for associates and vice presidents at the bank stood at 20 and 17 percent respectively in 2015, up from 11 and 9 percent just two years earlier.

Another problem with fast-tracking analyst promotions in a blanket fashion is that it does little to differentiate between high and low performers. It may also create false expectations among junior bankers as to the pace of their long-term career trajectories, especially when they encounter prolonged promotion waiting times at the vice-president level and above. This problem is even more acute for middle and back-office employees, where promotion quotas are even more limited.

Budget cuts have also eaten into many of the perks that banks once offered their employees, including training, education sponsorship, networking events and mobility programs. Many employees consequently feel their employers are not investing in their career development for the longer-term. This is having a detrimental effect on staff morale.

The underlying problem with many of the recent talent policies instituted by banks is that most have been designed to appeal to industry newcomers. They do very little to address the concerns faced by current employees, who see a considerable misalignment between where banks are focusing their efforts and what truly matters to them. This is translating into heightened job dissatisfaction. In fact, our survey of more than 1,000 banking employees from across the world found that one-third of respondents are intending to leave their current positions within the next 12 to 24 months, and another third are considering it. Moreover, employee dissatisfaction becomes more pronounced with seniority.  Mid-ranking staff (i.e., vice presidents and junior directors), in particular, are the most disenfranchised.

Most importantly, team dynamics—the career offering identified by 50 percent of survey respondents as “critical” in selecting a future employer—remains a key gap across all corporate ranks. This indicates that people care more about their working environments than any other tangible offering from an employer. It also suggests there is a broader cultural problem with the working environment in today’s banking industry.

What is the cost?

Even at a time when banks are slashing their global headcounts, the rise in voluntary-employee-turnover rates should be cause for concern, as it indicates many firms are losing the best and brightest future leaders at an increasing rate. Not only does this create a “brain drain” for an employer, but it also represents a substantial hidden cost: despite the savings in personnel costs that a bank enjoys from a voluntary resignation, this is offset by lost revenue from the position being vacated until a replacement is found, the salary premium paid to the new hire, headhunter fees, onboarding costs and revenue underperformance of a new employee while they get up to speed.

Our analysis indicates that replacing a mid-level front-office employee working in the markets division at a global investment bank can cost more than three times their total annual compensation. At a bank-wide level, we estimate every 1 percent rise in voluntary-employee-turnover rates is costing each global bank between US$250 to $500 million per year in replacement costs. With group-wide voluntary staff turnover now 1 to 2 percent above historical levels for a number of leading firms, we believe some banks are incurring up to $1 billion in incremental hidden costs annually.

Culture to the rescue.

There is both a message and an opportunity for banks right now: if the status quo continues unchanged, the talent crisis will only continue to worsen. However, for those banks that can openly reevaluate their value propositions as employers, there is clear opportunity to tailor talent policies that better address the needs and wants of their existing and future employees.

Nevertheless, there must also be a recognition that no matter how many new policies are put in place, they will have little to no impact unless banks address the most significant issue facing the industry when it comes to attracting and retaining the right talent: culture. Only when there is a fundamental reengineering of a bank’s DNA to deliver a more holistic career proposition will they see a meaningful and lasting change in perceptions towards the industry as an employment choice. For this to be effective, change must start from the very top. Until then, employers shouldn’t bank on their best and brightest staying.