Top Posts
Challenges Remain, But There Are Opportunities to Be Had in...
Interview with Mr. Olukayode Pitan, Chief Executive Officer and Managing...
Commodities Outlook for 2023
The Value of Cash in a Time of Crisis: How...
The US-Africa Leaders Summit: Fostering a Closer Relationship with the...
Three Key Sectors in Which to Invest in 2023
Home AWARDS International Banker 2014 Middle East & Africa Awards
AWARDSBanking 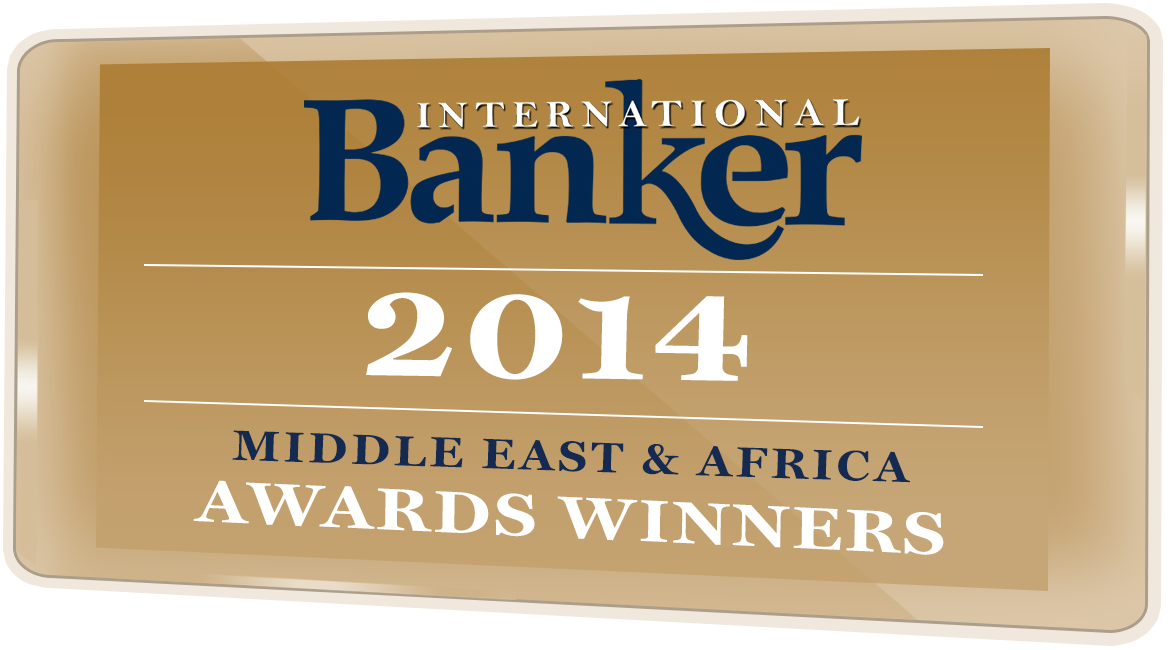 Nowhere on the planet has the same amount of potential for growth as Africa. Penetration, in terms of banking for the continents’ one billion inhabitants is varied, not only from country to country but also city-to-city. Countries like Somalia, Sudan, and Tanzania have virtually no access to banks, while other countries like South Africa offer world-class facilities in its main cities while 67% of the population is still unbanked.

WE ARE WHAT WE REPEATEDLY DO. EXCELLENCE, THEN, IS NOT AN ACT, BUT A HABITARISTOTLE

The progress is real in these reformed economies and averages 5% every year; a figure that is positive in terms of the world’s average. The five fastest growing countries in the continent outgrew China in the past year, whilst 22 out of 54 outgrew India.

Commodities, while an important part of this growth, have not been the only catalyst. A growing labour force, urbanisation, and advances in technology have played big roles in the transformation. An increase in investment, as well as a decrease in aid to the continent, has sustained growth and led to the need for strengthened financial institutions to support the growth process.

However, a stable economic environment, coupled with reforms, bodes well for the future of the banking system. Ongoing infrastructure developments, as well as technological advances, such as mobile banking, have shown the potential to transform existing models, improve efficiency and competition, and eventually lead to better financial inclusion.

The general picture in the wake of the two years of protests, revolution, and civil wars that have characterised the Arab spring is one of surprising strength. Bahrain is the only country that has seen its banking sector shrink as a result of high capital ratios and conservative banking practices.

The region is now in the process of a massive overhaul with a younger population that is better educated and demands diversity in financial products and services. Banks and institutions are investing heavily in an attempt to outshine their international rivals.

Arab African International Bank in Egypt are the embodiment of a commitment to excellence in the face of adversity and received the “Best Practice” award from the United Nations Global Compact after its business practices were shown to be dedicated to sustainability, human rights, labour rights, anti-corruption measures, and environmental awareness. These values are being embraced and implemented by banking institutions all across the Middle East.

Both African and Middle Eastern countries are surpassing all expectations within the global banking industry. The Middle East has seen political instability threaten to undermine years of excellent economic growth, and most African countries face infrastructure issues that their counterparts in developed nations never have to think about, let alone factor into their everyday decision-making. Yet despite this, banks in both of these regions continue to increase their own profits and raise the standard of living in the countries they operate in through financial inclusion.

The International Banker 2014 Banking Awards recognises the best banking institutions in these areas, and those banks and individuals that have set the bar for industry excellence. The focus is on the two regions that face the most hurdles and yet, despite them, or maybe because of them, produce innovative solutions to reach and service their customer base.

The International Banker 2014 Banking Awards recognize the institutions that drive global economic commerce, create capital within their regions, and opportunities for economic growth, while maintaining a high level of regulatory compliance and corporate governance. The outstanding institutions working within retail, commercial, investment, and private banking are recognised, as well as a special award for the two outstanding CEO’s in both regions. 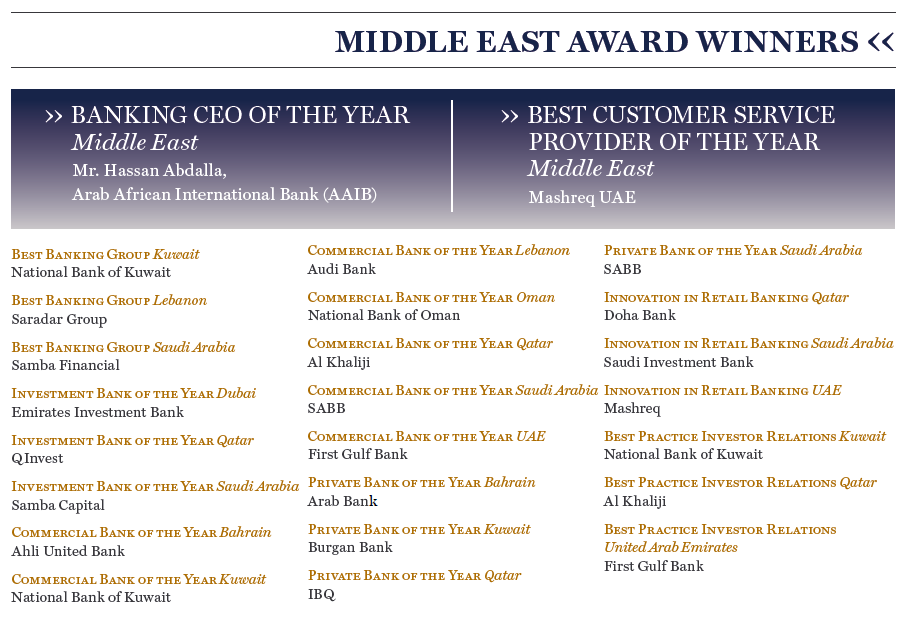 Commercial Bank of the Year Kuwait – National Bank of Kuwait

Commercial Bank of the Year Oman – National Bank of Oman 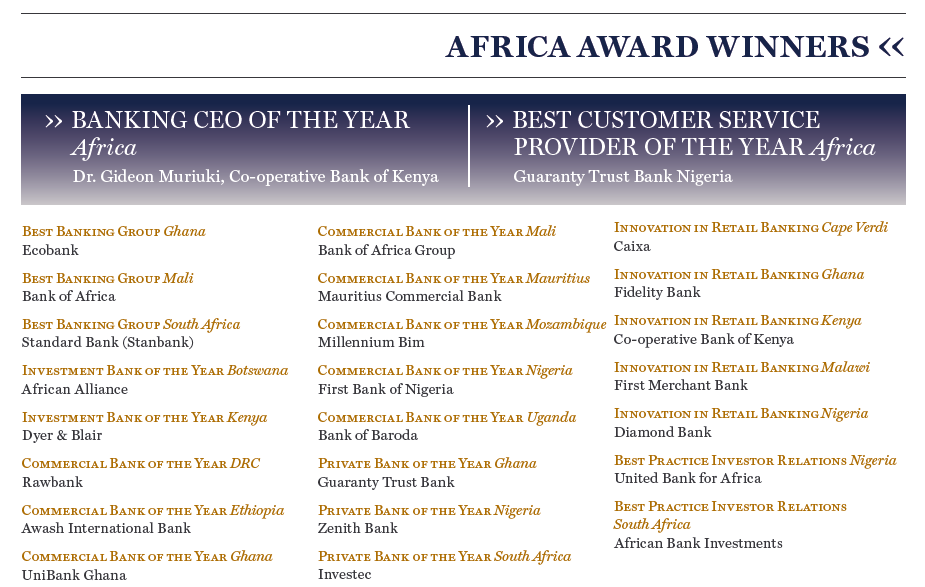 Commercial Bank of the Year Mali – Bank of Africa Group

Commercial Bank of the Year Nigeria – First Bank of Nigeria

Commercial Bank of the Year Uganda – Bank of Baroda

[…] its annual awards for acknowledging the top banking institutions across the Middle East and Africa (http://internationalbanker.com/banking/international-banker-2014-middle-east-africa-awards/). The Co-operative Bank of Kenya received awards in two categories: Innovation in Retail Banking […]