Top Posts
Challenges Remain, But There Are Opportunities to Be Had in...
Interview with Mr. Olukayode Pitan, Chief Executive Officer and Managing...
Commodities Outlook for 2023
The Value of Cash in a Time of Crisis: How...
The US-Africa Leaders Summit: Fostering a Closer Relationship with the...
Three Key Sectors in Which to Invest in 2023
Home Banking Is the Bank of Japan’s Commitment to Ultra-Accommodative Monetary Policy Still Justified?
Banking

Is the Bank of Japan’s Commitment to Ultra-Accommodative Monetary Policy Still Justified? 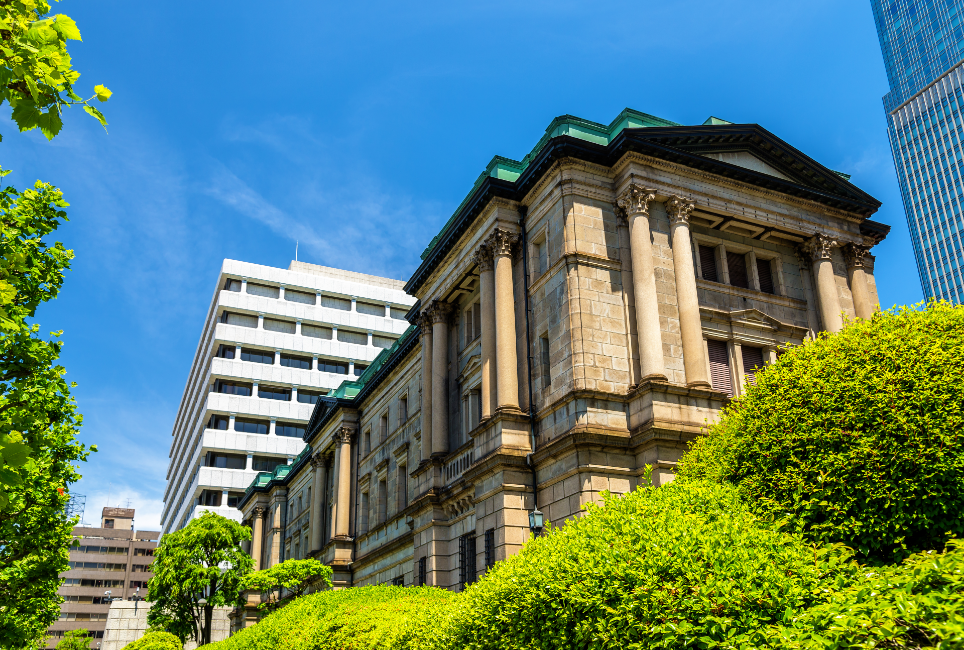 With inflation surging across the world and interest rates duly rising as central banks scramble to contain the alarming price growth, there has been growing speculation over whether the Bank of Japan (BoJ) will follow suit and raise its own benchmark rate, which has remained at -0.1 percent for more than six years, as well as rein in its massive stimulus programme. But for now, the Bank remains steadfastly committed to its ultra-accommodative monetary policy.

The consensus of the BoJ’s rate-setting committee remains firmly on the dovish side. The nine-member board agreed on the decision to maintain rates at -0.1 percent by an eight-to-one vote at its July meeting, demonstrating that it is in no rush to follow in the footsteps of other central banks to raise interest rates and/or dial down its massive asset-purchasing programme. And with its economy remaining below pre-pandemic levels in size, and inflation still well below that of other advanced economies, there appears to be much justification for the Bank’s ultra-expansionary approach.

This approach comes directly from the top, moreover, with BoJ Governor Haruhiko Kuroda defiantly on the side of the doves by rejecting any suggestion of monetary tightening in the near term. “Unlike other economies, the Japanese economy has not been much affected by the global inflationary trend, so monetary policy will continue to be accommodative,” he said after the Bank’s June meeting. “Allowing interest rates to rise above our target, just for the sake of protecting market function, would run counter to our objective of keeping monetary policy loose.”

Recent BoJ data also showed that the Bank acquired a record 16-trillion-yen ($116-billion) worth of Japanese government bonds in June to prop up the 0.25-percent yield cap it maintains on its 10-year bond-yield target. This unrelenting bond purchasing propelled the BoJ’s ownership of Japan’s entire bond market above 50 percent, thus firmly negating previous attempts to trim its already enormous balance sheet. Such trends only further underline the Bank’s commitment to pursuing an expansionist monetary policy.

And after the most recent rate-setting meeting in late July, Kuroda reiterated that he had “absolutely no plan” to raise rates or increase the 0.25-percent cap. “The economy is in the midst of recovering from the pandemic. Japan’s worsening terms of trade are also leading to an outflow of income,” the governor cautioned. “As such, we must continue with our easy policy to ensure rising corporate profits lead to moderate wage and price growth.” Indeed, Kuroda has even said that the BoJ would consider additional monetary-easing steps “without hesitation”, with an eye on the impact of the pandemic.

Such accommodation comes despite Japan’s annual price growth rising above the BoJ’s target of 2 percent in recent months, with soaring global food and fuel prices pushing inflation to 2.5 percent in April and May and 2.4 percent in June. Nonetheless, the rate-setting board remains resolute in maintaining rates at -0.1 percent and preventing any drawdown of its massive stimulus programme. “Uncertainty surrounding Japan’s economy is very high. We must be vigilant to financial and currency market moves, as well as their impact on the economy and prices,” the BoJ stated in its quarterly report.

It thus seems clear that the BoJ will resist the global trend of sharply rising interest rates, at least for the coming few months. “Raising interest rates or tightening monetary policy would add further downward pressure on a Japanese economy that is still recovering from the COVID pandemic. Such monetary policy steps would cool the economy and are therefore inappropriate,” Kuroda recently declared.

But the Bank cannot escape the fact that the divergence in monetary policy between Japan and other major economies has already had profound consequences for the struggling East Asian economy. Most prominently, ultra-low interest rates have led to an exodus of funds from Japan in search of higher returns in economies such as the United States that are already in the midst of aggressive paths of monetary tightening. Indeed, the yen has slid to a 24-year low against the dollar, considerably impacting Japanese consumers by raising the costs of imported goods and services. “When you look across the world, the BoJ’s dovish monetary policy stance is an easy target for overseas investors who may build up yen-selling positions,” Mari Iwashita, chief market economist at Daiwa Securities, told Reuters in mid-July.

Perhaps unsurprisingly, Kuroda has been largely dismissive of those warning against yen depreciation, although more recently, he has adopted a more cautious tone. Nonetheless, this ongoing yen weakness is unlikely to convince the BoJ to change course significantly. “I don’t think a small rate hike could stop yen falls,” Kuroda said. “If we were to stop yen falls with rate hikes, we would have to raise rates a lot. That would inflict huge damage on the economy.” According to Takuji Okubo, managing director of Japan Macro Advisors, moreover, other policies can be implemented to help ease the pain of the weak yen. Speaking to CNBC, Okubo suggested that the Japanese government could “intervene directly in the exchange rate market to help support the yen”, although whether this approach materialises remains to be seen.

So, does this mean there is a zero chance rates will rise soon? Not quite. New BoJ hires suggest that its rate-setting unit could collectively move in a more hawkish direction. One of the additions, the former private economist Hajime Takata, has previously said that the BoJ must “always think about” an exit strategy from monetary easing, even if that’s not in the immediate future. Takata has also publicly acknowledged that ultra-low rates were narrowing bank margins and impacting the effective functioning of bond markets.

And Naoki Tamura, who joined the BoJ from a commercial bank, has advocated for rising rates once wages start rising alongside inflation. “Only when the BOJ can normalise monetary policy and exit can it describe its massive monetary easing programme as a success,” Tamura said shortly after his appointment to the board. “Upon an exit (from ultra-loose policy), the key would be how to adjust the level of the BOJ’s policy rates and reduce its huge balance sheet.”

Moreover, the two outgoing members they replace—Goushi Kataoka and Hitoshi Suzuki—have been renowned for being doves throughout their tenures, further supporting potential rate-lifting and stimulus-reduction consensus coming to fruition upon their departure. “Japan is at an important crossroads where the trend in prices could dramatically change if both the government and the Bank of Japan took bold measures” to expand fiscal and monetary stimulus, Kataoka, who consistently voted in favour of more aggressive interest-rate cuts, told the Financial Times after leaving the board. “This is a once-in-a-lifetime opportunity for the BoJ.”

Deputy Governor Masazumi Wakatabe will end his five-year term in March 2023, before Governor Kuroda departs soon afterward. Both on the liberal side of monetary policy, their exits could further shift the board’s thinking towards a more conservative approach. “The newcomers both seem to believe yield curve control can be tweaked sooner or later,” Hiroaki Muto, an economist at Sumitomo Life Insurance, told Reuters in late July. “The possibility of a tweak to yield curve control is heightening, although the timing will likely be after Kuroda’s departure.”