Top Posts
Eurozone Inflation Soars to a Record 8.6 Percent in June
Why Fintech Has a Role to Play in the Cost-of-Living...
Global Military Spending Hits a Record High
Could Big Tech’s Iron Grip on Digital Advertising Soon Come...
Can Recent Oil Discoveries Prove to be a Boon for...
Is It Time to Explore an Alternative to Fractional-Reserve Banking?
Home Banking Is the Banking Sector Adequately Supporting the LGBTQ+ Community?
Banking

Is the Banking Sector Adequately Supporting the LGBTQ+ Community? 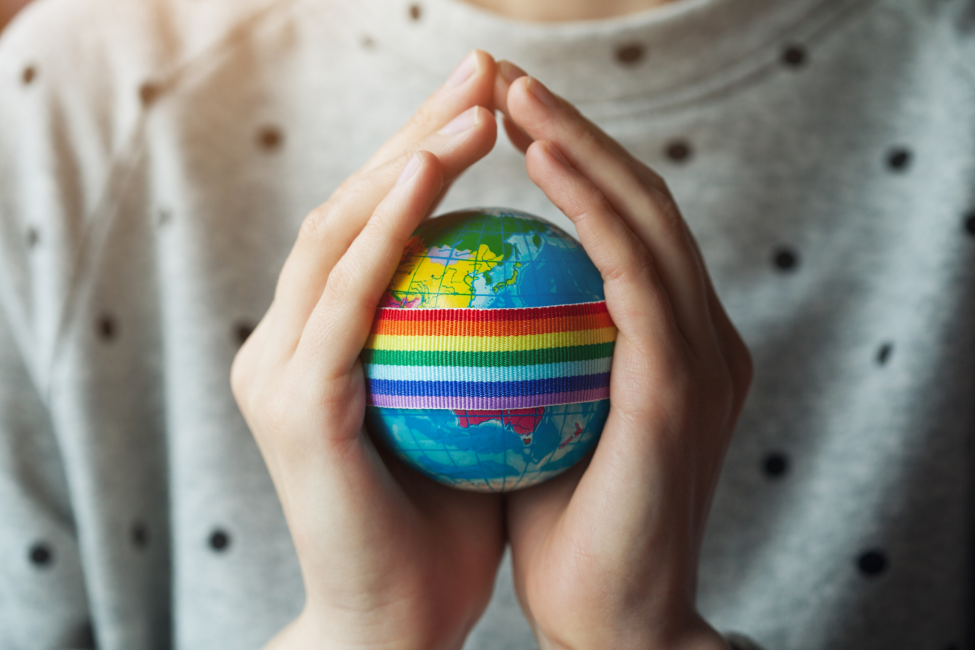 One of the most notable trends in financial services is the emergence of fintechs (financial technology firms) and smaller banks aiming to target specific demographic niches. Whether traditional banks are designing their products and services with the entire spectrum and diversity of humanity in mind remains to be seen; nevertheless, more and more startups are keen to serve a specific customer base with offerings that are highly tailored to that base’s typical wants and needs.

The casual observer, however, might wonder whether this type of segmentation in banking is even needed; in other words, why not serve everyone equally irrespective of sexual orientation, gender, race, creed, colour or religion? Much of the historic evidence, however, strongly implies that adopting this approach has resulted in not every segment being equal but, rather, some demographics—the LGBTQ+ (lesbian, gay, bisexual, transgender, queer/questioning and other sexual identities such as pansexual) community chief among them—being systemically underserved.

A thorough two-decade-long study into the issue found clear discrimination towards same-sex couples, for instance. Using US mortgage lending data from 1990 to 2015, the study carried out by the Ivy College of Business at Iowa State University and published in May 2019 found that “compared with otherwise similar different-sex applicants, same-sex applicants are 73.12% more likely to be denied, and they tend to be charged up to 0.2% higher fees/interest”. Furthermore, neighbourhoods’ higher same-sex population densities adversely affected both same-sex and different-sex borrowers’ lending experiences.

Could same-sex couples pose a higher average financial risk to banks, such that the rate differential and greater rejection rates are justified? Not according to the study’s authors Hua Sun and Lei Gao, who calculated that such couples were paying as much as $86 million annually, despite the research showing no evidence that they were more prone to default. “Lenders can justify higher fees, if there is greater risk,” Gao said. “We found nothing to indicate that’s the case. In fact, our findings weakly suggest same-sex borrowers may perform better.”

To meet the needs of the LGBTQ+ community, targeted approaches to banking and personal finance have been needed for some time. Enter Daylight. Now garnering considerable attention and backing as a financial firm that aims to help LGBTQ+ community members—as well their chosen families and allies—to manage their personal finances through products designed for their specific needs, Daylight may well have found the right approach. Founded in 2020, its stated mission is to “build a more equitable financial life for LGBTQ+ folks and their chosen families”.

“We created Daylight to be the only bank account that rewards LGBTQ+ folks for spending in line with their values. We’re not only designed for LGBTQ+ folks but our chosen families and allies who want to put their money to work for themselves and for the LGBTQ+ community,” Billie Simmons, chief operating officer and co-founder, explains on the Daylight website. “Our commitment is to not only provide you with great banking services, but to help you align your spending with your values. That means when you bank with Daylight, you don’t have to worry about accidentally supporting anti-LGBTQ+ or anti-trans initiatives.”

Simmons herself knows only too well the problems this community faces when banking, as she was forced to disclose that she is a trans woman when changing the name on her bank card. With the banking industry legally requiring customers to prove their identities, what should have been a straightforward process turned out to be rather painful for Simmons. “Every time I logged into my banking platform, I had to deadname myself, which is to use the name that I used before I transitioned,” Simmons told New York-based consumer financial-services firm Bankrate. “These are really emotional things for trans people. These are painful reminders of their history they really want to avoid.”

With such issues and sensitivities in mind, Daylight aims to reimagine the LGBTQ+ customer experience when banking, striving to make it a wholly positive one for the community. Daylight also offers a number of perks for such customers, including:

Superbia Credit Union is also notable for being the first of its kind to design its services around the needs of the LGBTQ community. Launched in 2020 in the US state of Michigan, Superbia aims “to provide discrimination-free banking, life and health insurance, and money management services that fully consider the needs of our LGBTQ community”. It also donates 10 percent of its revenue back into the community through Superbia Foundation, which strives to “nationally engage the LBGTQ and allied communities in grassroots programs to affect systemic change and a new era of LGBTQ inclusion, and social & economic equality”.

“We use a human-first approach that locks Superbia values in full alignment with LGBTQ community values to provide 16+ million Americans their first time in history the freedom of choice in accessing financial services that specifically consider our LGBTQ community,” according to Superbia’s founder and chief executive officer, Myles Meyers, who spoke to PR Newswire in September 2021. “When your values are aligned, your business choices are clear. The time for a new era in accelerated LGBTQ equality is now.”

But how does the progress being made by the traditional financial-services sector stack up against these exciting new startups? Are they truly going beyond simply draping themselves in the Pride flag to market their commitments to diversity and inclusion to the outside world? And how deeply are they focused not only on upping their services to LGBTQ+ customers but also making a concerted shift away from typecasting what the archetypal banking customer has historically looked like?

Of course, it would be too convenient to group all such measures as little more than cosmetic and downright wrong to ignore some of the vital steps traditional banks have made toward LGBTQ+ inclusion. For instance, on March 31, 2017—the official Transgender Day of Visibility for that year—HSBC unveiled a set of 10 new optional gender-neutral titles for account holders. While this may seem like a token effort to some, such incremental changes can be reassuring to others, particularly to those who feel their identities were not properly recognised previously.

The Chicago-based BMO Harris Bank, meanwhile, is among the leaders in this area. “We understand how difficult it is for many people, especially those in the LGBTQIA+ community, when the name on your credit or debit card doesn’t reflect your true identity,” it explains on its website. “That’s why we introduced True Name. Personalize your first name on a BMO Harris Bank credit or debit Mastercard or BMO Harris Bank ATM Card to proudly display your True Name.” According to Denise Press, BMO Harris Bank’s head of retail and small business payments, research has confirmed that transgender and nonbinary community members experience harassment and discrimination when using their credit and debit cards because the first names on their cards do not match their true identities. “True Name helps solve this, because the first name on our credit and debit cards is the name that our customers connect with and that friends and family use. When our customers go shopping, dining and go about their daily lives making purchases, the name on their card reflects who they are.”

The Canadian lender TD Bank (Toronto-Dominion Bank) also deserves special mention as being among the finance sector’s most committed champions of LGBTQ+ visibility. “Whether you’re interested in financial planning, wealth strategies, or estate planning advice, TD Wealth understands the unique needs and challenges of the LGBTQ2+ community and is here to help,” the bank states on its website. “As members and allies, the inclusive team of Regional Managers, LGBTQ2+ of TD Bank Group can connect you with a TD Wealth advisor and bring the TD services to you to help you reach your financial goals.”

And on the personnel side, Anthony Watson founded The Bank of London—a clearing, correspondent and wholesale bank—in November 2021 and serves as its chief executive. Watson is the first openly gay British bank chief executive, setting his sights on upending the Barclays-NatWest-Lloyds-HSBC stranglehold on the domestic clearing market. He also wants to develop The Bank of London as an LGBTQ+-friendly institution. “We’re purposely going after a diverse workforce, and if we can’t find them, then we’ll hire people and train them,” he told Thomson Reuters Foundation in December, mentioning his plans to recruit more than 3,000 staff over the next five years in the United States, the United Kingdom and the European Union. “It’s really important that we have openly gay people within companies that also have a voice in the communities in which they live, work and serve,” he added. “It can’t just be pale, male, stale and straight in British banking; that doesn’t represent society today.”

While such visibility for the community in Europe and North America is encouraging to observe, it should be highlighted that not all parts of the world are experiencing similar trends. A recent study—conducted by Denise Tse-Shang Tang, an assistant professor at Hong Kong’s Lingnan University, and Celine Tan, senior vice president and client services manager of HSS Securities Service at HSBC—on lesbian, bisexual and transwomen working in Hong Kong’s financial-services sector conducted from May to August 2020 found that just 46 percent of survey respondents were “out” to their families, while 18 percent reported being partially out to their families and provided written comments indicating that some of them were out only to their siblings. And in the banking/finance workplace, only 37 percent were out at work, with 23 percent being partially out to close colleagues. What’s more, 39 percent said they were not aware of LGBTQ colleagues who were out in their own companies, and 71 percent said they didn’t think any senior women leaders were out at work. And perhaps most astonishing of all was that a hefty two-thirds of the financial firms of the employees surveyed did not offer LGBTQ+ inclusive/ally training to all staff.

Clearly, more work needs to be done across the world—significantly more in some major financial centres than others. It also seems that the specific demographic groups involved will be the best arbiters of how well things are progressing; consistent feedback from LGBTQ+ voices is essential in driving equality and inclusion within the global banking sector and ending discrimination once and for all.

How BNPL for Business Could Impact SMEs

How Can Collaboration Between Banks and Fintech Drive Growth for Small Businesses in Africa?