Top Posts
Crypto-assets and the Relevance of International Private Law
Whither International Banking Regulation?
Interview with Mr. Selman Bicaco Urrutia, Head of Private Banking...
Interview with Ms. Jelena Galić, Chairperson of the Board of...
The International Banker 2022 Western & Eastern European Awards Winners
Why the Status of the Fifth-Largest Economy Is a Job...
Home Banking Is the Fed Making Full Use of Its Monetary-Policy Tools?
Banking 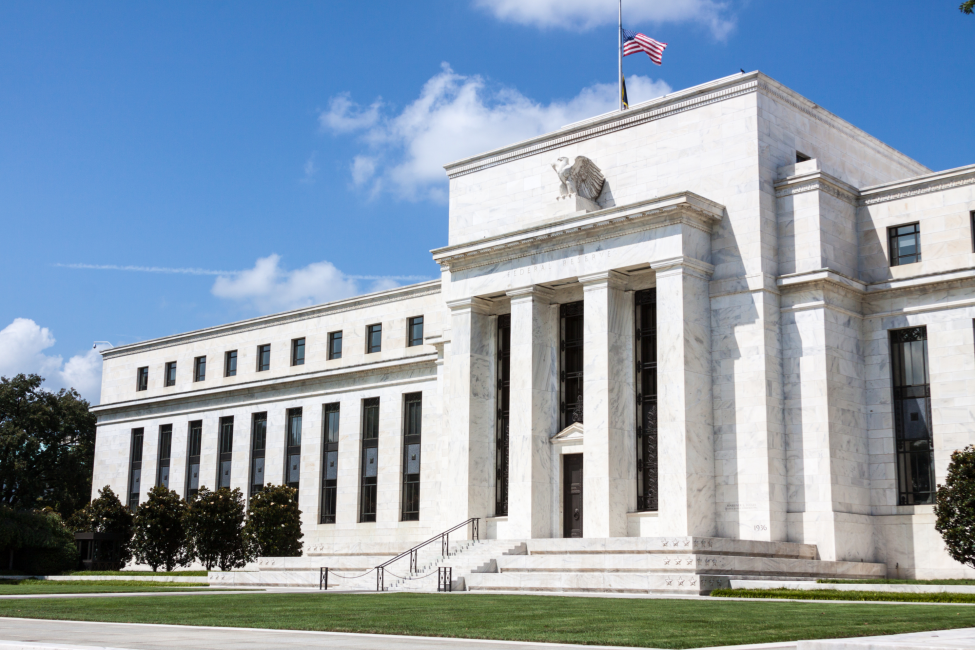 At its July monetary-policy meeting, the Federal Open Market Committee (FOMC) discussed implementing a number of monetary-policy tools to allay concerns regarding the economic outlook for the United States. And while the FOMC had already taken numerous emergency measures, committee members within the central bank (the Fed) seem to be still keen to explore tools that will enable further easing.

The decade following the financial crisis of 2008-09 saw not only the Fed but central banks all around the world adopt a growing number of tools to achieve specific targets for a handful of key economic metrics, such as inflation, unemployment and economic growth. But amid the coronavirus pandemic, policymakers the world over have sought to save their economies through a variety of approaches. And many questions have arisen in recent months, not only as to whether they are using the monetary-policy tools at their disposal effectively but also whether the existing tools are sufficiently containing the economic fallout while not actually preventing the quickest recovery possible.

Indeed, with many central banks already slashing their benchmark interest rates to their respective lower bounds, the conversation has predictably turned to discussing the full range of tools that can be used, both conventional and unconventional. As far as the Fed is concerned, it should be stressed that it has already done a considerable amount to rejuvenate the economy. For a start, by March 15, it lowered its rate from 1.5 to 0-0.25 percent and also relaunched quantitative easing, stating that it would buy at least $500 billion in Treasury securities and $200 billion in government-guaranteed mortgage-backed securities.

A number of other effective measures have also been introduced by the Fed, including:

As for boosting inflation, the Fed is taking concrete steps to raise expectations going forward. It recently concluded its comprehensive Monetary Policy Framework Review, an initiative that began in November 2018 and that it described as “a broad review of the strategy, tools, and communication practices it uses to pursue the monetary policy goals established by the Congress: maximum employment and price stability”. Much of the exercise is focused on raising inflation expectations, which it is likely to do through “inflation averaging”.

The Fed first established its 2-percent inflation target in 2012, but with actual inflation almost consistently undercutting this target in recent years, despite the US economy enjoying its unprecedented run of growth and the unemployment rate falling to 50-year lows, there has been growing concern from the central bank to boost forward expectations of prices. As such, rather than reflexively raising interest rates at the first sign of upwards inflation, the central bank will hold off and allow prices to rise, even if that means that the inflation target is exceeded for some time. This will compensate for those times when inflation was running below target. “It will signal clearly to the market that not only will the Fed tolerate inflation temporarily above 2 percent, but that it favors it, and will try to aim in that direction,” Mickey Levy, chief economist for Americas and Asia at Berenberg Capital Markets, told Bloomberg.

But while this long list of measures is certainly laudable, concerns have only grown regarding this current economic shock, which is now proving to be the most pronounced since the Great Depression. So, what else can the Fed do? Among the most controversial options is to implement negative rates, a tool that charges depositors for keeping their money with banks and that pays borrowers for taking on debt rather than having them pay lenders, as is normally the case. But to date, the Fed has refused to enter negative territory, principally because of its contention that doing so would induce a distortion of financial markets. As such, the federal funds rate is unlikely to head further south than its current lower bound of 0 to 0.25 percent. But that has not stopped other economies from taking the plunge in recent years, including the eurozone, Japan, Sweden, Switzerland and Hungary.

One of the most discussed monetary-policy tools in recent times has been “forward guidance”, which refers to the communication from the central bank regarding its plans for future monetary policy. This helps to provide more realistic expectations today of the economy in the future and thus provides more reassurance to the public. There are people within the Fed who believe better use of forward guidance can significantly help the economy at present. Federal Reserve Bank of Chicago’s president, Charles Evans, who was renowned for being a major proponent of forward guidance in the aftermath of the 2008 financial crisis, recently stated that the Fed should do more to convince the public that it will do all that is required to get the economy back on track, with inflation rising once more. “A lot of this is convincing…people in the markets and the public that we’re really in it to win it,” Evans said, adding that the Fed should establish markers that would first need to be reached before raising interest rates.

The pandemic has already seen some use of forward guidance, with the Fed saying in April that rates would stay low “until it is confident that the economy has weathered recent events and is on track to achieve its maximum employment and price stability goals”. But the FOMC minutes of the July meeting show that “a number” of members support greater use of the policy, expressing that greater clarity for the likely rate path would be “appropriate at some point”. Both outcome-based guidance and calendar-based guidance were discussed. The former refers to the Fed committing to “maintain the current target range for the federal funds rate at least until one or more specified economic outcomes was achieved”, and the first rate hike would be linked to “thresholds calibrated to inflation outcomes, unemployment rate outcomes, or combinations of the two”. And the latter relates to keeping the policy rate unchanged until a particular date in the future.

Whilst such a policy would certainly help lower uncertainty, as well as better manage the public’s expectations about the future, there is always the chance that markers and targets will still have to be changed should the economic outlook change. And given the decidedly unpredictable nature of this pandemic, such changes are bound to transpire during the coming months, which in turn would trigger several unexpected adjustments.

The Fed could also cap the long-maturity yields of some Treasury securities, a measure known as yield-curve control. Typically, it might cap anything longer than two-year yields below market levels by buying sufficient volumes of those Treasury securities to facilitate the cap. Although the Fed has not formally implemented yield-curve control since the early 1950s, it has not ruled out reintroducing such a policy, either.

And it could restart the Term Auction Facility (TAF), first introduced in December 2007 to provide more direct funding for banks. Although the Fed has severely cut the lending rate through the aforementioned discount window, banks remain hesitant to use it. As the Fed observed during the financial crisis, “many banks were reluctant to borrow at the discount window out of fear that their borrowing would become known and would be erroneously taken as a sign of financial weakness”. But the TAF auctions funds to banks, and they were more willing to use this facility during the last crisis.

In the meantime, it would seem that as far as macroeconomic policy is concerned, bond purchases and forward guidance are its preferred tools. But as former Fed chiefs Ben Bernanke and Janet Yellen wrote in the Financial Times, “Central bank tools cannot eliminate the direct costs of the virus, including the suffering and loss it will create. However, the Fed can help mitigate the economic effects of the outbreak, particularly by assuring that, once the virus’s direct effects are controlled, the economy can rebound quickly.” Given the unpredictable nature of this pandemic, therefore, it would seem wise not to rule out adopting more measures to inspire a resurgence in the US economy.