Top Posts
Data Fabric: Simplifying Data Management in an Increasingly Data-Reliant World
Is There a Digital Currency on the Horizon for the...
Eurozone Inflation Soars to a Record 8.6 Percent in June
Why Fintech Has a Role to Play in the Cost-of-Living...
Global Military Spending Hits a Record High
Could Big Tech’s Iron Grip on Digital Advertising Soon Come...
Home Banking Is the Recent 20-Year Low for the Yen a Net Positive for Japan?
Banking 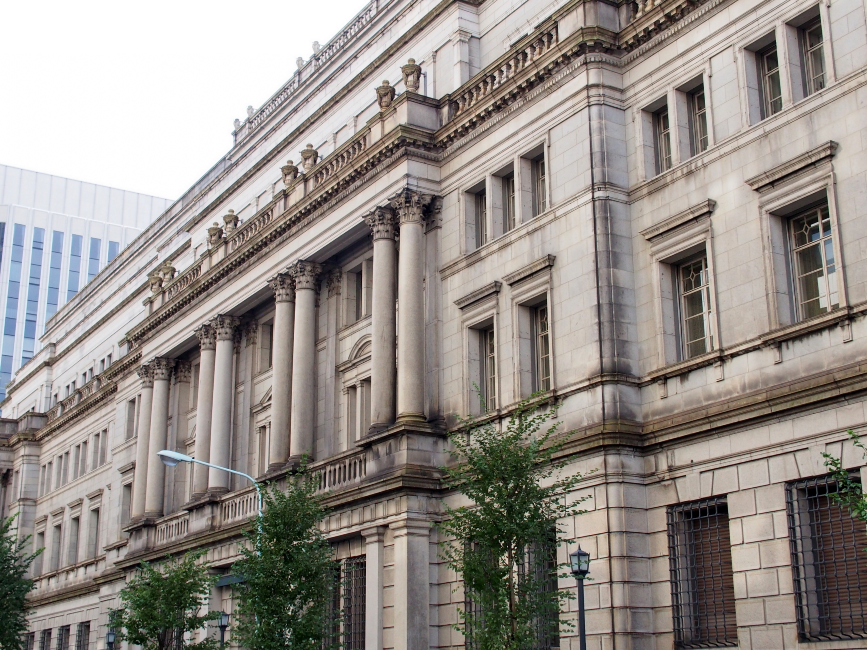 In late April, the Bank of Japan (BoJ) reaffirmed its commitment to its massive stimulus programme and ultra-low interest-rate policy, confirming it would continue to buy unlimited amounts of 10-year government bonds to keep yields at zero with a 0.25-percent yield cap. A few hours after the decision’s announcement, the already weak yen depreciated further, heading over the key ¥130 mark against the US dollar for the first time since 2002. It has sparked a vigorous debate within the East Asian country about whether this weakening is desirable for the economy.

The BoJ’s notably accommodative monetary policy comes at a time when the military conflict in Eastern Europe has exacerbated global supply-chain issues and import costs of fuel and food, dramatically raising the prices of goods for Japan and countries all around the world. It also comes at a time when the United States has taken a more hawkish approach and embarked on an explicit cycle of monetary tightening in a bid to rein in runaway inflation, creating a widening divergence between American and Japanese monetary policies. Such a divergence has been crucial in driving the yen’s weakness, as investment flows have exited Japan and headed towards the US to capitalise on higher yields. “The BoJ did not just reaffirm its dovish stance, it doubled down on its defence of yield curve control by committing to daily purchases of [bonds],” Benjamin Shatil, FX strategist at J.P. Morgan, recently explained to the Financial Times. “This effectively turbocharges the policy divergence narrative.”

Indeed, the yen’s dramatic weakening commenced in early March, shortly after Russia decided to invade Ukraine and just as expectations of the first US rate hike since December 2018 began heating up.

For Japan’s central bank, a weaker yen has been deemed desirable for the economy on the whole, with Governor Haruhiko Kuroda frequently voicing support for currency depreciation. More recently, however, Kuroda has also expressed caution against further weakening. “We need to bear in mind that currencies’ excessive movements can be negative for the economy, as it increases uncertainties,” he told a recent parliamentary session, whilst also warning that currency volatility could dent business confidence.

But there does appear to be somewhat of a schism between the central bank and the Japanese government in terms of how they perceive a weakening yen. According to Rabobank’s head of currency strategy, Jane Foley, the Ministry of Finance would prefer not to implement the “panicky move” normally associated with emerging-market currencies. “We had a long period when everyone wanted a weak exchange rate because there was no inflation out there,” Foley recently told the Financial Times. “Now it’s politically difficult to just sit there and do nothing when the cost of living is rising, even for Japan where inflation is still relatively modest.”

Indeed, Japan’s minister of finance, Shun’ichi Suzuki, has stated that the damage inflicted on the economy by a weak yen will outweigh the benefits, especially when accounting for the inflationary pressures that more expensive commodities and oil imports have already exerted. “Stability is important, and sharp currency moves are undesirable,” Suzuki told Japan’s parliament (the National Diet) on April 19. “Weak yen has its merit, but demerit is greater under the current situation where crude oil and raw materials costs are surging globally, while the weak yen boosts import prices, hurting consumers and firms that are unable to pass on costs.”

So, is a weakening yen good for Japan or not? Perhaps it was desirable once upon a time when many of the world’s leading car manufacturers and consumer-electronics companies resided in Japan and could enjoy their exports being priced more cheaply in the international market. And even today, a recent report by the Daiwa Institute of Research found that depreciation may have been a net positive by swelling company profits and overseas investments, prompting them to boost capital expenditures.

The yen’s depreciation is also attracting a wave of outside interest keen to buy Japanese assets that have become more cheaply priced. Affluent Asian investors, most notably from China, are reportedly eager to buy up Japanese real estate. “Most of them are concerned about China’s increasingly stringent Covid-control measures. The lockdown in Shanghai has made them anxious about the risks of losing security, personal freedom, careers and dignity overnight,” Tokyo property-agency owner Kin En recently told the South China Morning Post. “Meanwhile, they think it’s good timing to invest in Japanese assets. While housing prices in Japan’s major cities have risen considerably over the past year, it’s still affordable for middle-class investors from mainland China.”

But in today’s climate, the overall debate over whether the weak yen is a net positive is decidedly more complex. The spike in oil prices on the back of the Russia-Ukraine war has dented the confidence of numerous Japanese businesses that are reliant on fuel imports. “Crude oil prices are really soaring. It’s seriously tough,” Toru Nozawa, chairman of the Japan Paper Association (JPA), recently lamented, adding that because the paper industry requires substantial imports of coal, heavy oil and natural gas, the weak yen is “doing more harm (than good)”.

Tadashi Yanai, chairman of Uniqlo’s parent Fast Retailing Co, also expressed concerns over the yen’s decline. “The weak yen brings no merits at all. I think there are only demerits for the overall Japanese economy,” Yanai said when announcing the firm’s earnings on April 14. “Japanese companies import raw materials from all over the world to process them, add value and then sell them. Given that business practice, weakening of the home currency is not a plus.” According to the Japan Times, moreover, Fast Retailing remains cautious about increasing its clothing prices since “(domestic) consumers are very sensitive to price hikes,” Yanai said. “If raw material prices double or triple, it will be impossible to sell them at the current price tags.”

Indeed, such challenges have already forced Japanese companies to raise their wholesale prices significantly, which, in turn, is expected to translate into higher consumer prices this year. The Corporate Goods Price Index (CGPI), which measures the prices companies charge each other for goods and services, rose by an annual rate of 9.5 percent in March, according to the BoJ, following a 9.7-percent rise in February, the fastest pace on record. The BoJ also noted that March’s index level of 112.0 was the highest since December 1982. “With raw material costs rising so much, companies won’t be able to make money unless they raise prices. The days of discount war are over,” Takeshi Minami, chief economist at Norinchukin Research Institute, told Reuters.“Core consumer inflation may accelerate to around 2.5% later this year and stay above 2% for longer than initially expected, weighing on consumption and the economy.”

While a weak yen is typically attractive for tourists wanting to visit Japan, moreover, the COVID-19 pandemic has meant that tourism to the country over the last couple of years has been negligible. And although Japan’s carmakers enjoyed massive success in the 1980s, today, approximately two-thirds of the cars they sell are now made overseas, according to Reuters’calculations based on data from the Japan Automobile Manufacturers Association (JAMA). In contrast, cars made overseas represented less than 40 percent of sales just a couple of decades ago.

It should come as no surprise, then, that the Daiwa report observed that business sentiment remains underwhelming as the Russia-Ukraine war continues to create uncertainty for Japan’s economic outlook, with companies remaining apprehensive about boosting capital expenditures. The report also acknowledged that should the yen continue to weaken, Japan will experience negative impacts in the form of increased import costs. “In that sense, we can say the current yen’s downswing is ‘a bad weak yen,’ as its adverse effects are greater than the positives,” the report added.

With such foreboding in mind, should the BoJ persist with its expansionary monetary policy, thus driving further international central-bank divergence—and, ultimately, further yen weakness? Fitch has observed that tensions within the central bank have emerged over official policy. “Fitch thinks the BoJ could opt to lift its yield cap on 10-year Japanese government bonds modestly; for instance, to 0.35%, from 0.25%,” the ratings agency wrote on May 4. “The finance minister recently said that the costs of yen weakness outweigh the benefits amid surging imported raw-material costs, which reinforce pressure on the BoJ to reduce policy accommodation somewhat. A steepening of the yield curve could also ease the pressure on financial institutions’ profit margins—a longstanding concern in Japan.”