Top Posts
Challenges Remain, But There Are Opportunities to Be Had in...
Interview with Mr. Olukayode Pitan, Chief Executive Officer and Managing...
Commodities Outlook for 2023
The Value of Cash in a Time of Crisis: How...
The US-Africa Leaders Summit: Fostering a Closer Relationship with the...
Three Key Sectors in Which to Invest in 2023
Home Banking Japan’s Banking Sector Making Gradual Progress in Fight Against Climate Change
Banking 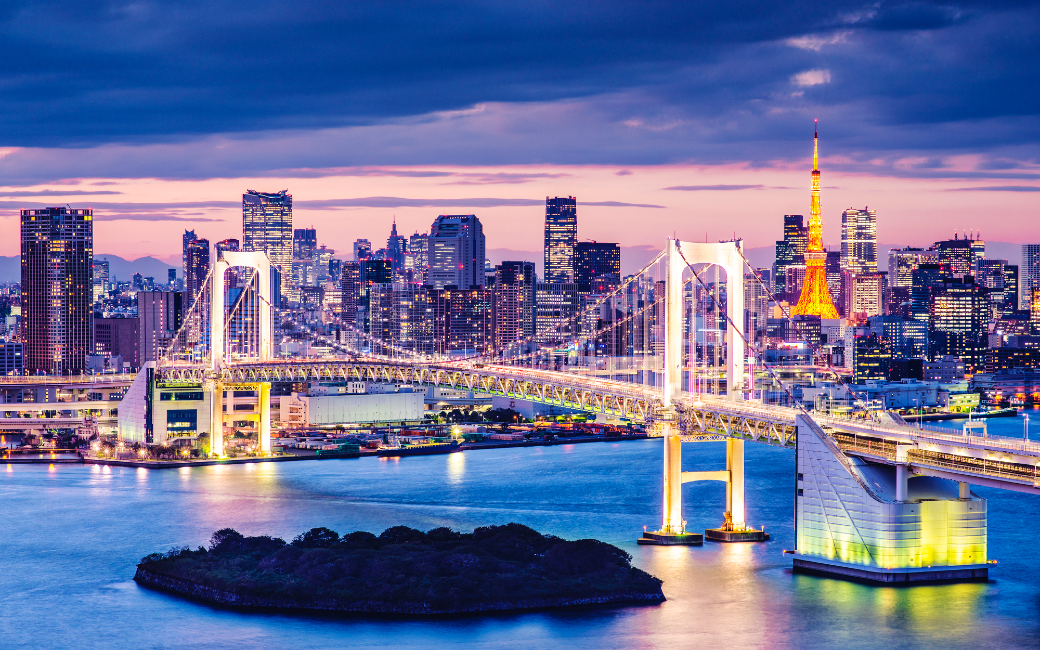 Following in the footsteps of other major central banks escalating their efforts to combat climate change, the Bank of Japan (BoJ) unveiled a new strategy in mid-July to expand funding for activities engaged in this ongoing fight. The scheme aims to support those Japanese financial institutions that extend funding to energy-transition projects via green loans and bonds, sustainability-linked loans and bonds with performance targets related to climate-change efforts and transition finance.

“Climate change is a global challenge and could have a broad impact on our society and economic activity into the future. To address climate change, various entities in society and the economy need to actively play their roles, in tandem with governments and legislative bodies that formulate relevant policies,” the strategy states. “The Bank of Japan has been actively communicating with financial institutions and engaging in international discussions. In addition, the Bank has set up an internal network, the Climate Coordination Hub, to enhance bank-wide initiatives on climate change.”

The scheme is expected to be launched later this year and will last until 2030. During this time, the BoJ’s governor, Haruhiko Kuroda, anticipates that “learning by doing” will be the preferred approach taken by the central bank in order to help companies and banks make the necessary transition towards realising a green future. “Waiting until specific guidelines and ideas are fixed will only delay our response to the urgent global challenge of dealing with climate change,” Kuroda said. “In responding to climate change, it’s best to kick off with steps that are deemed important, then modify them as needed. The key is to take the approach of ‘learning by doing’.”

The BoJ’s latest action on this issue comes when several central banks, governments and regulators are stepping up their efforts to fight climate change. The European Central Bank (ECB), for instance, announced its own plan in July, which commits the Bank to factoring climate change considerations into its decision-making and assessment of bond and asset purchases. And the Bank of England (BoE) has also confirmed that it will invest in more green bonds and establish carbon-emissions targets. Both banks have also launched special stress tests this year to gauge their respective banking sectors’ exposure to climate risks, while the US Federal Reserve created two committees in March to evaluate the impact of climate on “the broader financial system”.

Now, the BoJ is taking direct action through its lending facilities focused on combating this mounting global threat. According to Deputy Governor Masayoshi Amamiya, such facilities are “the world’s first such attempt, in that it ensures flexibility while avoiding involvement in micro-level resource allocation as much as possible”, adding that urgent action is needed as it will be too late to wait for a global consensus to be reached. “Addressing climate change is becoming an inevitable business challenge for firms and financial institutions,” Amamiya acknowledged.

The BoJ will also offer one-year, zero-interest loans to financial institutions for their loans and investments in products such as green bonds to tackle climate change, with rollovers being allowed for an unlimited number of times. The scheme is expected to be in place until at least March 2031. And the central bank has additionally confirmed that it will soon begin to buy green bonds using its foreign reserves. This will certainly help give the country a much-needed boost in green-bond exposure, with Fitch Ratings recently noting that despite being the world’s third-largest economy, Japan ranks only 10th globally in cumulative green-bond issuance by value.

As such, purchasing green bonds from non-Japanese issuers will align the Bank with similar policies recently implemented by the European Central Bank and the Bank of England. “Green bonds may naturally be part of the corporate bonds the BoJ purchases as part of its monetary policy. But we won’t prioritise green bonds over others,” Kuroda said. “Offering funds to financial institutions is probably most effective under Japan’s economic and financial system.”

According to Fitch, the BoJ’s climate strategy could expand capital availability for domestic and international green projects. “For banks, this scheme may marginally lower funding costs, but its scale—and thus its potential credit impact—remains unclear at this stage. It is possible that there could also be an associated increase in asset-quality risks, but we believe it is unlikely that banks would materially increase their risk appetite and go down the credit curve, as they are conscious of capitalisation constraints.”

As for government action being taken, meanwhile, Japan’s main financial regulator, the Financial Services Agency (FSA), has amended the Corporate Governance Code by placing new requirements on listed companies regarding sustainability, diversity and inclusion from April 2021 onwards. And the Japanese government already affirmed in October 2020 its commitment to achieving net-zero emissions of greenhouse gases by 2050, which is likely to signal favouring investment activities that reduce carbon emissions in sectors such as power generation and automobiles. Indeed, the government has already taken steps to prevent funding for new overseas coal projects, with the country’s biggest banks, including Mizuho Bank, Sumitomo Mitsui Banking Corp and Mitsubishi UFG (MUFG) Financial Group, following suit by reducing their overseas coal-lending exposures.

That said, clear and avoidable exceptions to this rule have been persistently evident. The government-owned Japan Bank for International Cooperation (JBIC), for instance, agreed at the end of last year to provide $636 million in financing for a 1.2-gigawatt Vung Ang 2 coal power-plant project in Vietnam, which is expected to emit around 6.6 million tons of carbon dioxide per year over a 25-to-30-year span. The bank has since confirmed that Vung Ang 2 would most likely be its final overseas coal project, however.

And private banks continue to finance fossil-fuel projects in significant volumes, albeit at a declining pace. This has prompted considerable shareholder activism throughout the country. A motion tabled by Japanese nongovernment organization Kiko Network and three renowned climate-activist organisations—Market Forces, Rainforest Action Network and 350.org Japan—called for Mitsubishi UFJ to disclose detailed plans to align its business to the United Nations’ 2015 Paris Agreement on climate change. It failed to achieve the two-thirds of votes required to make it binding at the bank’s annual general meeting in late June but still managed to gain 23 percent of votes.

Market Forces also filed a similar motion at the shareholder meeting of Japanese trading company Sumitomo Corp. in June, which received 20 percent of the votes; while a year earlier, Kiko Network led the first climate resolution aimed at a listed company in Japan, Mizuho, which garnered 35 percent of the shareholder votes. While such motions are not quite gaining the necessary backing to instigate change, it is clear that banks are feeling the mounting pressure of the climate movement, both within Japan and overseas, to take drastic action with respect to their fossil-fuel exposures.

As such, some progress is being made, although it is far from ideal. MUFG confirmed in May that it intends to lower greenhouse-gas emissions in its investment and loan portfolios to net-zero by 2050. “Our group can grow only when the society is sustainable,” Mitsubishi UFJ’s president, Hironori Kamezawa, said of the move. Kiko Network, Market Forces, Rainforest Action Network and 350.org said they welcomed the action but also observed that that megabank “refrained from setting short and medium term targets”. Sumitomo Mitsui, meanwhile, said it would not finance new coal-fired power plants “in principle”, although it has not ruled out financing power plants that burn coal more efficiently. And Mizuho confirmed in May that it would not finance or invest in new coal projects.

According to S&P Global Market Intelligence, citing data from equity-advisory house IR Japan, a “record 44 activist funds, which aim to make large enough investments in companies so as to be able to influence management decisions, entered the Japanese market in 2020, compared with 24 in 2018”. Among those funds are 23 from the United States and Europe, 13 from Asia and eight from Japan. IR Japan also reportedly expects proposals from activist shareholders to Japanese companies to reach a record high this year, having hit 23 by late June, just three less than the entirety of proposals filed in 2020.

And on another positive note, the BoJ confirmed that it would conduct climate-scenario analysis for the largest Japanese banks and press them to make climate-related financial disclosures that are in line with the Financial Stability Board’s (FSB’s) Task Force on Climate-related Financial Disclosures (TCFD).