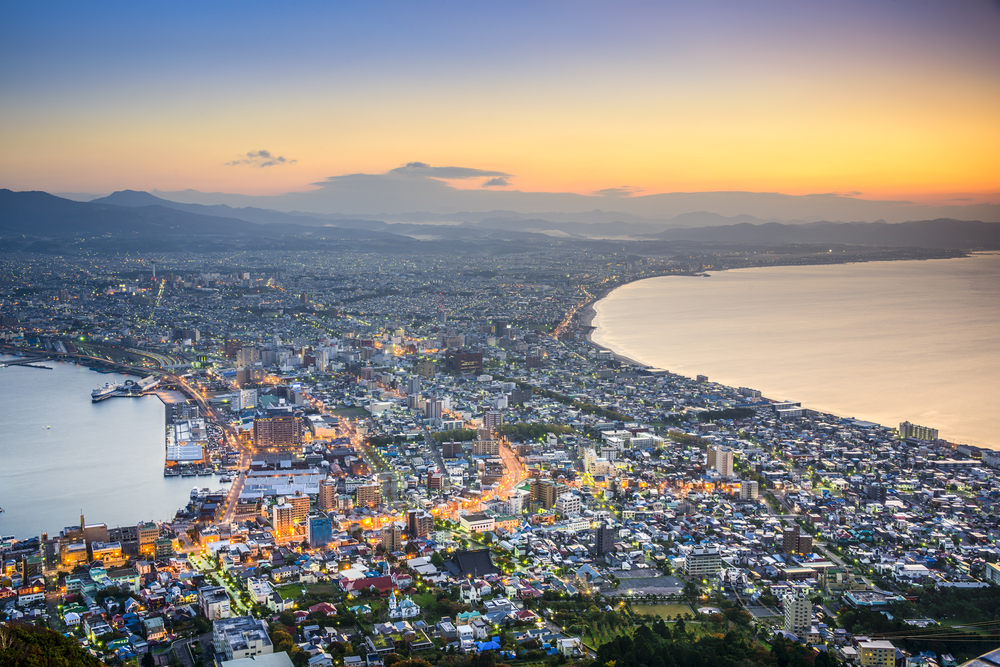 Over the past few years, it has seemed that there are very few growth opportunities for the banking sector. Islamic finance is an exciting new prospect for a number of geographic regions and their respective banking sectors—with banks in the UK and Japan setting their sights on expanding aggressively in this area. The Japanese banking sector in addition to the local regulator are taking steps to delve much deeper into the arena of Islamic finance. Islamic finance and banking refers to activity that is consistent with the principles of Sharia and its numerous real-life applications through the progression of Islamic economic ideals. Therefore, a more commonly used term for Islamic banking can be Sharia-compliant finance. Sharia prohibits receipt of interest or fees specifically for loans of funds (known as riba, or usury), whether the interest payment is floating or fixed. These rules have been applied historically in varying degrees in Muslim communities to prevent un-Islamic practices. More recently, through the second half of the 20th century onwards, there have been a number of Islamic banks formed to apply these principles to private or public commercially run institutions within the Muslim community. Investment in businesses that provide goods or services considered contrary to Islamic principles under Sharia rules—for example, businesses related to alcohol and pork—are considered haraam (i.e., prohibited). As of 2014, Sharia-compliant financial institutions represented approximately one percent of total world assets. As of 2009, 300 banks and 250 mutual funds around the world were in operation, complying with Islamic principles, and as of 2014, total assets of around $2 trillion were Sharia compliant. According to research from Ernst & Young, although Islamic banking still makes up only a fraction of the banking assets of Muslims, it has been growing at a faster rate than the entire banking-asset base as a whole, growing at an annual rate of 17.6 percent between 2009 and 2013, and will grow by an average of 19.7 percent a year through to 2018.

Japanese society as a whole has become more embracing of local Muslim culture over the last few years, and the banking sector is following suit to meet the needs of this growing niche. The local regulatory body is looking to expand regulation such that Japanese banks will be able to provide Islamic banking and financial services and products within the domestic market. This marks a first for the nation’s banking sector and will open the door to a wide range of opportunities. The Muslim population of Japan, although not particularly large, is substantial enough to present an opportunity for profit-making in the domestic banking sector. Currently numbering approximately 127 million people, the population of Japan is not significantly made up of Muslim people. However, the small proportion is enough to make Islamic retail banking a substantially worthwhile venture for Japanese banks. Estimates indicate a Muslim population in Japan of between 70,000 and 100,000 currently—with around 90 percent of this number coming from resident foreigners and the remaining 10 percent being native to Japan.

In particular, Sukuk is an especially lucrative and accessible area of Islamic finance for banks across the globe. Sukuk is the Arabic name for financial certificates but commonly refers to the Islamic equivalent of bonds. Since interest-bearing bonds are not permissible in Islamic finance, Sukuk securities are structured to comply with the Islamic law and its investment principles, which prohibit the charging or paying of interest. This is generally done by restructuring the contract to include a tangible asset in the investment. For example, giving partial ownership of a property built by the investment company to the bond owner accomplishes this purpose, since the bond owner is then able to collect his profit as a rent, which is allowed under Islamic law. However, the sector is actually broader than this in that it also encompasses the general body of spiritual and moral obligations and duties in Islam. In the Persian Gulf region and Asia, Standard & Poor’s estimates that 20 percent of banking customers would now choose an Islamic-finance product over a conventional one with a similar risk-return profile when offered the choice. Such religiously inspired, non-interest loan systems can be quite confusing and are relatively new territory for a lot of banking participants. Under Islamic finance, the universe of investable securities is limited by certain criteria based on moral and ethical considerations. Islamic finance is also a subset of the global market, and there are no rules to prevent any conventional investor from participating in the Islamic financial and banking markets.

Japan is in a favourable position to venture further into Islamic finance. Currently Japan operates as the largest bond market within Asia—giving the nation’s financial sector an edge of size, expertise and experience when it comes to moving into the realms of Sukuk issuance. Japan’s marketplace would be an ideal location for an expansion of Islamic finance throughout East Asia and would provide economic growth in the region. Currently, Malaysia acts as Asia’s largest marketplace for Islamic-finance compliant bonds. However, the Japanese marketplace can offer a number of advantages over Malaysia—such as size and stability—making the nation a potentially better choice longer term to be established as an Asian hub for Islamic-finance activity. Japan has the resources, credibility and investor interest to emerge as a powerhouse of Islamic finance. This industry longer term has the potential to grow into a trillion-dollar sector within Asia, and with the correct regulatory support and sector infrastructure in place, Japan has the scope to absorb this capacity and capitalise fully on the opportunities available. Other factors also point to Japan as a prime choice as an Islamic-finance hub —a stable government with a key role on an international platform, for example. In addition, the business community within Japan is keen to apply new concepts and expand business into new areas and can provide support to this growing business sector. Numerous Japanese businesses also are keen to obtain the ability to issue Sukuk as part of their corporate-finance arsenal and access another avenue for raising capital so that these businesses may increase their competitiveness within both global and domestic markets.

This is not the Japanese banking sector’s first foray into the Islamic-finance world—as Japanese banks have had significant experience in Islamic-finance activities outside of national borders. The Japanese financial-market regulator, the Financial Services Agency, first allowed major Japanese banks to offer Islamic-finance services at their overseas branches more than seven years ago in 2007. This market change was leapt upon by a number of banks —seeking to diversify their income-stream sources. In addition, the first Sukuk was issued in the same year in Malaysia by Aeon Credit Service. Three years later, in 2010, Nomura Investment Company followed suit and issued a US-dollar-based Sukuk. In 2012, Toyota Capital Malaysia sold two US-dollar Sukuk. Mizuho Financial Group also has plans in the pipeline to utilise its London branch as an operational hub for Islamic-finance activity that will take place in the Middle East. And in September 2014, Bank of Tokyo-Mitsubishi, Japan’s largest bank, issued its first Sukuk under a multi-currency programme in Malaysia, including a yen-denominated Sukuk issuance—the first ever globally. The bank, alongside Sumitomo Mitsui Banking Corporation, will begin to offer Sharia-compliant loan and deposit products and services at their Dubai-based branches through the course of 2015.

When it comes to the provision of domestic Islamic-banking services, the Financial Services Agency has this year decided to undergo a phase of consultation and research to ascertain how best to proceed to expand the market into this arena. The regulator issued a statement on its website requesting public comments on the matter earlier this year and is set to release the results of this data-collecting endeavour in the coming days. In particular, Bank of Tokyo-Mitsubishi is preparing for the regulator to conclude that there are positive market indications from this exploratory phase that have the potential to lead to a further relaxation of the rules within the domestic-banking marketplace. The location of Japan makes it a perfect hub for developing an Islamic-banking and finance presence across Asia. In addition, there have been a number of tax reforms in Japan that were set in place in 2011 that help banks to issue J-Sukuk. (Sukuk issued in yen are often referred to as J–Sukuk.) When it comes to Islamic bonds, Japanese banks want to access funds and investors in the Malaysian, Indonesian and Middle East markets—the key targets outside of their national borders. Bonds issued in yen are also attracting an increased amount of interest from investors looking for investments and securities with good liquidity and high-calibre credit ratings. Japan’s bonds have been awarded the Standard & Poor’s rating for sovereign debt (which is currently at a reassuring level of AA- -), which is one level above Malaysia’s A- rating.

As the Japanese banking sector explores and expands into Islamic finance, the Asian and Middle Eastern regions as a whole may stand to benefit from improved trade and business relationships. Economic ties will be made and reinforced, and Japanese lenders will gain an edge in winning business in markets in which there are better growth prospects than those available in Japan. Historically, Tokyo has been a dominant player in the global financial marketplace, providing services across Asia, the Middle East and beyond, as well as providing financial support for developing countries. However, Islamic finance has played only a small role in Tokyo-centred banking activity to date. The new phase of regulatory effort to potentially facilitate development of the sector may help Japan boost its economic growth and further enhance its regional role and influence. Islamic finance has experienced a growth boom over the past few years. This has been the result of strong economic growth performance in key Islamic markets—across the GCC (Gulf Cooperation Council) and across Southeast Asia.

Earlier this year, in February, the financial regulator of Japan announced plans to begin considering relaxing the rules so that domestic banks may begin to offer Islamic-finance products. Japan International Cooperation Agency is also ramping up efforts to expand into Islamic finance—in particular working on a project with Jordan to help with plans to issue Sukuk to meet growing demand within Muslim countries. A further indication of the power of this sector to expand has been the growing interest from the banking sectors in Western non-Muslim nations such as Luxembourg, the UK as well as South Africa. South Africa, Hong Kong, Luxembourg and Britain have all issued their first Sukuk in the past year in an effort towards capturing increasing market share and acceptance from Middle East and Southeast Asian market participants. The industry’s total asset value is currently estimated to exceed $2 trillion. The overarching concern is that Japanese banks and businesses are seeking routes that can diversify their income sources. Only if the current level of focus and effort being applied in this area of business is maintained or increased will Japan’s banking sector reach its goal of becoming an Islamic-finance hub.

Digital Challenges in Banking Put Onus on a Change of Mindset