Top Posts
Crypto-assets and the Relevance of International Private Law
Whither International Banking Regulation?
Interview with Mr. Selman Bicaco Urrutia, Head of Private Banking...
Interview with Ms. Jelena Galić, Chairperson of the Board of...
The International Banker 2022 Western & Eastern European Awards Winners
Why the Status of the Fifth-Largest Economy Is a Job...
Home Banking Just How Bad Is the Situation for Greek Banks?
Banking

Just How Bad Is the Situation for Greek Banks? 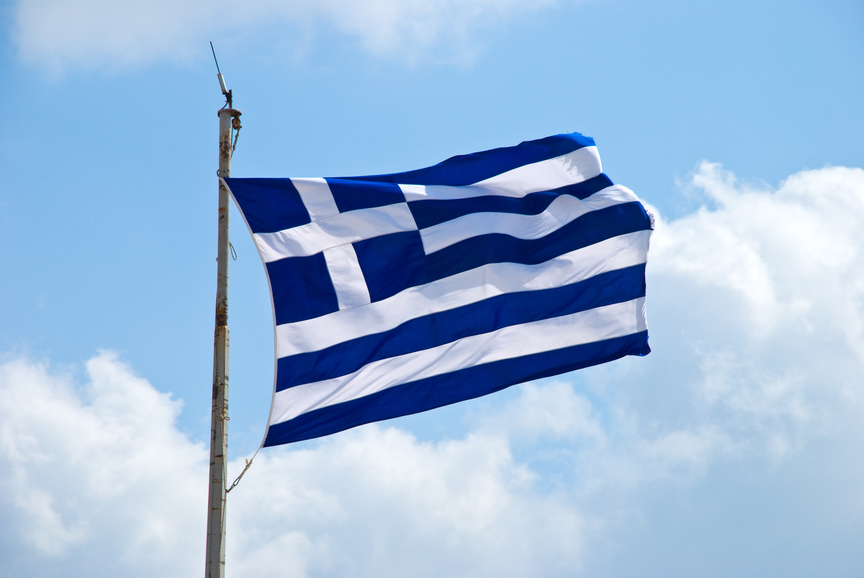 Greece’s four biggest banks—National Bank of Greece SA, Piraeus Bank SA, Eurobank Ergasias SA and Alpha Bank AE—were downgraded on April 1 by credit-ratings agency Fitch. This follows the downgrade of Greece’s sovereign rating the week before. The downgrade, from B to CCC, reflects liquidity constraints that banks continue to face in the wake of ongoing deposit outflows, as well as issues pertaining to declining solvency and asset quality, according to Fitch.

Greek banks are facing a potentially disastrous liquidity crisis. According to recent Bank of Greece data, Greek bank deposits plunged to a 10-year low of €140.5 billion in February. Between early December and the end of February, moreover, it is estimated that both individual and business customers withdrew €23.8 billion from banks on fears of the new left-wing government defaulting on its debt obligations—equivalent to approximately 15 percent of the total value of deposits held in Greek banks.

To compound matters, interbank funding to Greek banks in February fell to its lowest amount since the advent of Greece’s Eurozone membership. Despite more than €100 billion of funds being provided by central banks, Greek lenders are, therefore, in increasingly desperate need of liquidity.

As the chart shows, three of the biggest Greek banks have seen their stocks plummet, with Piraeus Bank leading the decline over the last year with a near-80-percent drop. Along with National Bank, the market share of Greece’s four biggest banks is approximately 90 percent. They have already been twice recapitalised in response to stress tests by Greece’s central bank, while Piraeus and Eurobank have also been removed from the STOXX 600, a benchmark index for pan-European equities. Shares of the two lenders will, therefore, be dropped from ETFs (exchange-traded funds) and STOXX 600 index trackers, which will further reduce the liquidity for their stocks.

In early February, the ECB (European Central Bank) decided to stop accepting junk-rated Greek government debt as a form of collateral to use against ECB loans. Banks were previously given a waiver to post such collateral—the credit quality of which is below the ECB’s normally accepted threshold—in order to access much-needed ECB financing through the Greek central bank.

The ECB also instructed Greek banks in March not to increase their exposure to Greek government debt in a move designed to put the government under pressure to come to an agreement with its Eurozone creditors. In doing so, however, it has further reduced the options for Greek banks and, for better or worse, minimised the interdependent funding relationship between the state and the banks. It is expected that banks will, therefore, soon critically struggle to match the outflow of customer deposits with central-bank liquidity.

A modicum of relief was provided to banks on April 1 when the ECB increased the Emergency Liquidity Assistance (ELA) ceiling by €700 million to a maximum total of €71.8 billion, following a smaller increase the previous week of €400 million from €69.8 billion. Under the ELA, Greece’s central bank lends money to the country’s financial institutions and charges a rate higher than the one the ECB charges, while all credit risk remains within Greece, on the books of the central bank. Liquidity provision through the ELA has so far made up for the shortfall in deposit and interbank funding. Since the ECB’s decision to prohibit the use of government bonds as collateral, however, the sore reality for banks is that they have effectively been forced into depending on the comparatively expensive ELA as their sole source of funding.

From the perspective of the ECB and Eurozone creditors, reducing Greek banks’ dependence on sovereign debt is a clearly desirable decision, given the significantly risky nature of the bonds. However, should the government default, banks would almost certainly make sizeable losses and be subject to further bank runs. This will drastically increase the likelihood of insolvency, which would then make the argument to continue funding banks nearly impossible to make.

A significant proportion of Tier 1 capital within Greek banks is in the form of Deferred Tax Assets. DTAs are often recognised in income statements at a different time than they are by the tax authority. The European Banking Authority introduced new rules late last year that allow DTAs to be converted to Deferred Tax Credits (DTC).

However, in contrast to DTAs, DTCs can be used towards Basel III capital requirements, as well as potentially being called upon irrespective of whether the bank makes a profit or loss. If the bank is loss-making in the future then it will get a tax refund from the government in cash, instead of receiving government bonds. Greece’s credit institutions have more than half of their capital and reserves in the form of DTAs/DTCs, which means that it is very likely that more than 50 percent of Greek banking capital is effectively in the not-so-reliable form of government IOUs.

A glimmer of optimism surfaced in early April when Finance Minister Yanis Varoufakis promised to fulfil immediately upcoming payment obligations, including €448 million to the IMF and an internal $1.7-billion social-security payment. It then has €1 billion of short-term debt to roll forward, followed by an €80-million interest payment to the ECB and more IMF payments—there seems to be no end in sight. Should a future payment default occur, sources close to the Syriza government have reportedly stated that emergency plans have been made to nationalise the banking system, as well as there being a high likelihood of Greece returning to the drachma. This would essentially spell the end of Greece’s Eurozone membership, which would have grave consequences for its banking system.

As bad as the situation seems, however, Greek banks are not yet insolvent, and the fact that ELA is still available and, indeed, in larger quantities recently suggests that the ECB supports this view, particularly given that ECB regulations allow the emergency funding to be administered only to solvent institutions. However, the symbiotic nature of the relationship between the Greek state and banks suggests that if the government is “bankrupt”, as Varoufakis has himself previously declared, then banks are not too far off from being in a similar position.

The new finance: it’s about asking the right questions

How Is Regulation Impacting the Investment Banking Sector?