Top Posts
The Paradox of AI and Investing
Malaysia’s Fight Against Climate Change: Perspectives from a Central Banker
Crypto-assets and the Relevance of International Private Law
Whither International Banking Regulation?
Interview with Mr. Selman Bicaco Urrutia, Head of Private Banking...
Interview with Ms. Jelena Galić, Chairperson of the Board of...
Home Banking Krungthai Bank: Standing Behind its Customers
BankingCompanies

Krungthai Bank: Standing Behind its Customers 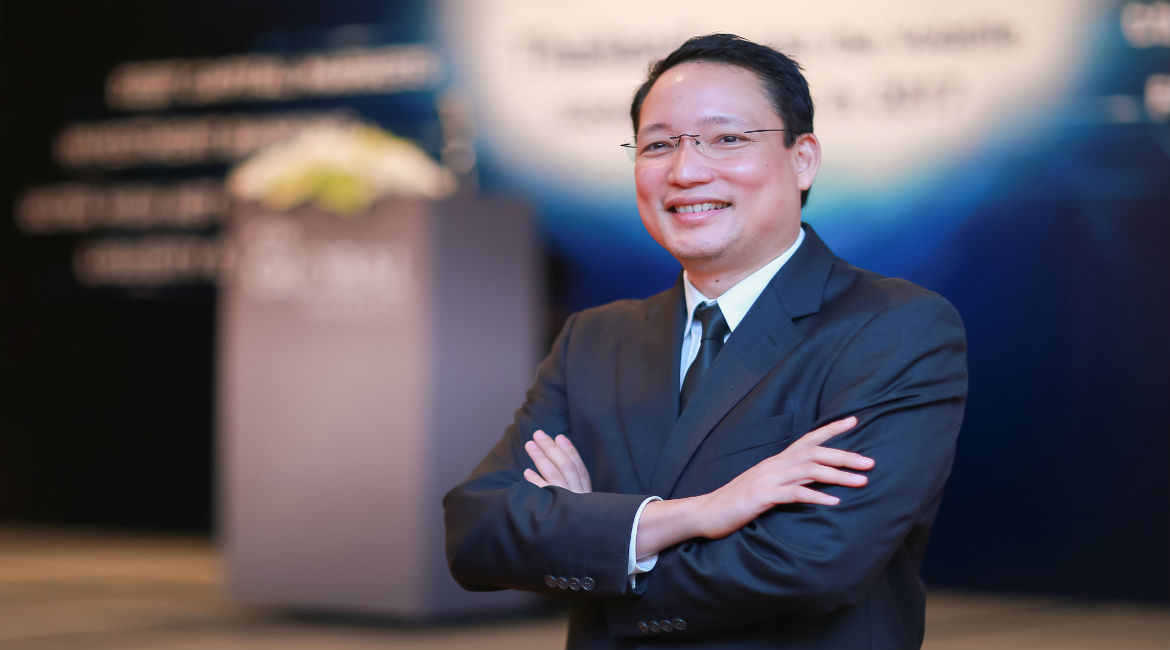 Towards the end of July, flash floods raged across the north-eastern provinces of Thailand, with dozens of factories and farms being badly affected. In response to the devastation, Krungthai Bank (KTB) announced that it would assist those mortgage-borrowers affected by the flooding by allowing them to suspend payments for both principal and interest for three months. The bank’s affected SME (small and medium-sized enterprise) borrowers, moreover, would be eligible for a repayment grace period of up to one year, a reduction in the interest rate by up to 1 percent and an extended loan term of up to one year. SME customers would also be offered a special loan, with a maximum five-year repayment period and a one-year grace period for principal payment. Such a prompt and conscientious response is one that is typical of Krungthai Bank, a major Thai lender with a distinct reputation for unparalleled customer service.

Krungthai Bank has a legacy spanning more than 50 years. It began life in 1966 after the merger of two government-owned banks, Kaset Bank and Monton Bank. The creation of the new entity bolstered financial stability, enabled full deposit coverage to customers and facilitated a vast expansion of its customer-product range. Today, Krungthai is firmly among Thailand’s Big Four banks in terms of assets, and plays a crucial role in developing Thailand’s economy. It is both a large listed commercial bank and a state-owned institution, which means that it has two broad mandates—to maximise returns for shareholders and to support the government in boosting the economy.

One of the key government policy drives with which Krungthai is centrally involved is “National e-Payment”. The policy aims to help turn Thailand into a cashless society, and is thus heavily oriented towards technology-based solutions. For instance, the bank began accepting PromptPay registration officially in July 2016 by allowing people to use identification numbers and mobile-phone numbers to make financial transactions. Cash-usage reduction was also promoted by launching a PromptPay service for consumer-to-consumer transactions in January, along with an expansion of EDC (electronic data capture) machines that allow credit/debit cards to be accepted as payment.

In terms of Krungthai’s many successful core businesses, it is retail banking that tends to shine more brightly than the others. 2016 saw this segment account for 45 percent of the bank’s total operating income, underlining its critical role within the bank’s overall business model. Financial products and services are constantly being developed by the bank to meet the changing needs of its retail customer base, while services for individual customers relating to deposits and loans also aim to be improved upon on a continual basis. Its data-analytics competencies, in particular, have improved substantially in recent years in a bid to boost retail earnings—the bank employs retail customer-data analysis for loan approval, improving loan quality and the loan-collection process, and thus allowing the bank to better understand its retail customers’ preferences, as well as to design the right products in response.

The bank’s retail-banking capabilities could well be in line for a massive boost in the near future, thanks to the significant change to its business model that is currently undergoing. Service channels are being enhanced, including KTB netbank, KTB branches and ATMs, while the development of the bank’s digital-banking prowess is also well underway, with new products and services being introduced to achieve advanced levels of digitisation. The bank’s e-LBD Project, for example, provides an electronic local bill-discounting service to customers in the sugar-manufacturing sector, which ultimately simplifies the payment process for sugar cane, in part by eliminating the requirement of using cheques. In addition, Krungthai has introduced a new pass for drivers that integrates the M-PASS and Easy Pass for motorways and expressways respectively—now drivers need only use this one new pass to pay for both. 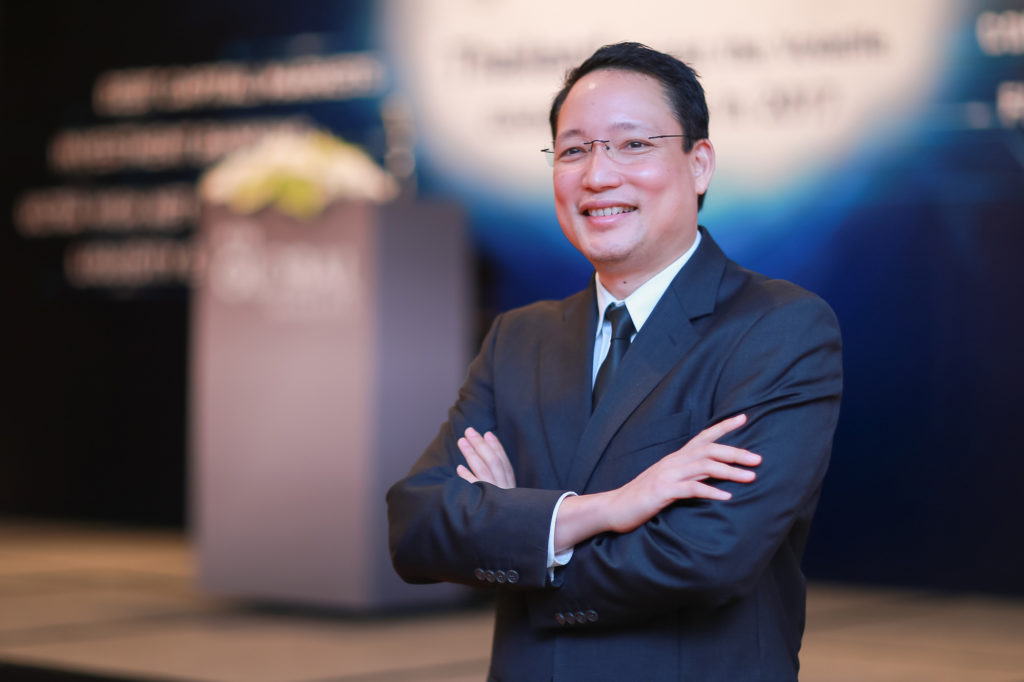 Underpinning much of Krungthai’s aims and objectives is its adherence to high standards of customer service. The bank strives to treat its customers as “family”, which goes a long way towards explaining the personalised, tailored service they receive; indeed, the Krungthai mission statement includes a call to “Provide customers with differentiated and value-added service and advice”. This differentiation is clearly evident by the sheer range and quality of products that are available for its various customer segments.

Take its Government and State Enterprise Loans service as an example of focused customer service. Such products are designed for government agencies and employees of state agencies and state enterprises, a group that constitutes one of the biggest components of the bank’s entire customer base. Or its highly regarded Wealth Management Service, which cleverly divides its customers into two sub-groups in accordance with their investment ambitions. With the specific focus on customer centricity being of utmost importance, Krungthai’s wealth-management team develops products and services to fall into one of two broad categories—the financial/investment and the personal financial-planning aspects. This allows the bank to meet the needs of many customers, each with varying risk appetites and investment goals.

To formalise its customer-service commitments, Krungthai adheres to a mantra of “ONE KTB”, which involves integrating all of its strengths into one, in order to become a market leader with “integrity, transparency and trustworthiness”. In order to achieve such a position, the bank recognises that it must be the Thai bank that best understands its customers, as well as the one which creates the most ground-breaking innovations to satisfy their needs.

Of course, much of Krungthai’s unrivalled dedication to customer-service excellence would not be possible without a well-drilled team of banking professionals behind it. Thankfully, the bank’s unwavering focus on human capital has provided it with exactly that. Its emphasis on human-resources management as part of its overall efforts to fulfil its long-term objective of being Thailand’s best banking institution for employment means that investment in people always remains among its highest priorities.

Last year saw Krungthai improve its performance-management systems by planning, monitoring and appraising employees, as well as adjusting its remuneration system to more accurately reflect employee performance. The bank also provides employees with a wealth of training and skill-development resources in a bid to become a “performance-driven” organisation, as well as to ensure the bank’s top talent is retained for the long-term. Krungthai aims to continually develop its employees and improve its efforts to align performance and results.

A three-pronged approach is taken by Krungthai when addressing its corporate social responsibilities (CSR)—namely, to foster sustainable growth in the economy, in society and in the environment. The actual objectives of the projects themselves are then required to satisfy four broad criteria:

The government welfare schemes are one such example of successful CSR implementation. Krungthai offers low-income earners the opportunity to register for government schemes that facilitate the disbursement of welfare, including child-support grants for infants, as well as subsidies for low-income earners. This project allows Krungthai to promote itself as a viable channel for the government to transmit its welfare schemes to certain target groups, whilst also allowing the bank to support the government’s ambitions to help some of Thailand’s neediest people.

Financial inclusion is also high on Krungthai’s agenda. Together with Forth Corporation, the bank expanded cash-transfer channels for customers in the country’s remote areas by providing a cash-transfer service from Boonterm top-up machines (of which 92,000 machines were in operation as of 2016) to Krungthai accounts or other accounts.

More exciting projects are in the pipeline for this year and next, moreover. A welfare card for low-income earners will be introduced to facilitate social-welfare discounts, including utility bills and travel fares. A contactless card will help aid convenience when using the mass transit system and will eventually be rolled out to cover the bus, electric train, expressway and ports. Government officers will also benefit from a new “medical service welfare card” to prevent issues of fraud, as well as enable more effective control of officials’ disbursements of medical expenses.

Indeed, the bank has set itself some ambitious targets to achieve going forward. Arguably the biggest one is to take on new roles as a transmission channel and supporter of economic growth that satisfies government objectives. One of the main objectives is the Thailand 4.0 vision, an economic model that aims to unlock the country from economic constraints, including a middle-income trap, inequality and environmental imbalance. Thailand 4.0 aims to unlock new growth engines based on building economic prosperity through innovation, knowledge and technology; building social security through equitable distribution of income, opportunity and wealth; and creating sustainability through environmentally friendly development.

Furthermore, the bank will continue to cultivate regional economic growth and reduce inequality, principally by employing an area-based financing strategy. It will also attempt to become Thailand’s best digital bank by focusing on improving information-technology (IT) literacy, enhancing data analytics, and rationalising and reformatting its network to optimise service channels. Achieving such targets may well be out of reach for most institutions. Given Krungthai Bank’s proven track record, however, it seems more than likely that they will fall entirely within the bank’s reach.

The Story of the Supercar from 1936 to the Present Day

Why Transforming the Onboarding Process Can Lead to Long-lasting, Fruitful Relationships with Customers