During the first week of August, Land Bank of the Philippines (LANDBANK) announced its first-half financial results, which have strongly indicated that 2015 is set to be a vintage year for the bank. Earnings to the end of June increased by 19 percent from the same period in 2014, principally as a result of solid growth in loans and investments, while the bank’s net-income level of P7.2 billion exceeded its set target for the half-year by a staggering 20 percent. Among other impressive first-half figures revealed by LANDBANK were an 18-percent increase in interest income on loans; a 16.2-percent expansion in the bank’s gross loan portfolio; a 16-percent growth in total assets; a 36-percent surge in income from investments in financial assets; and an overall 18.26-percent return-on-equity—a clear sign of the bank’s healthy profitability. 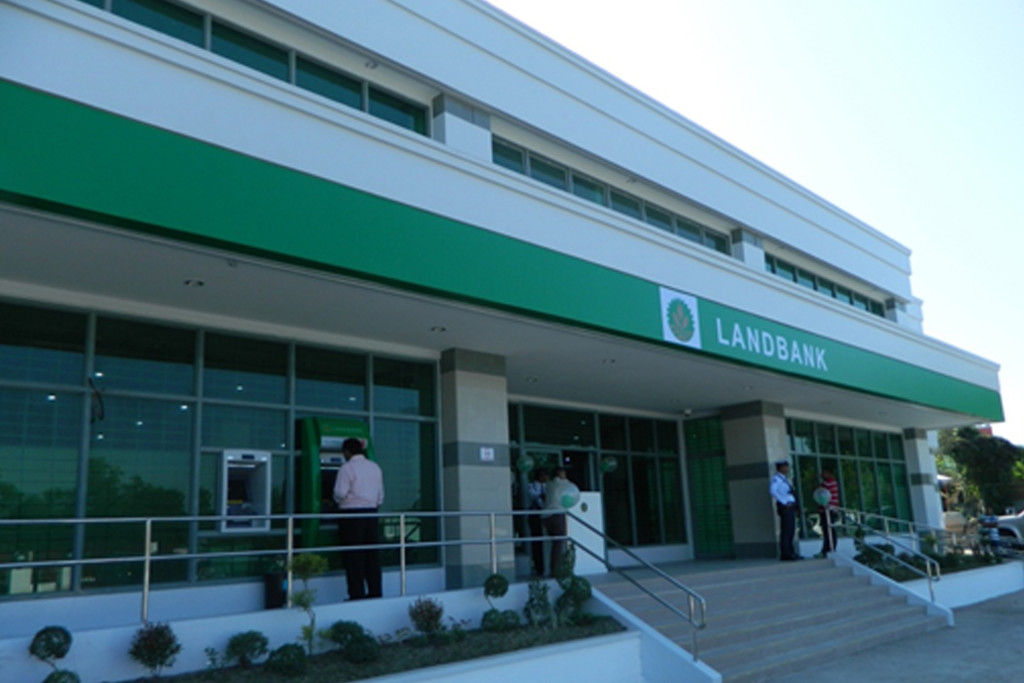 Established as a fully state-owned bank in 1963, principally to provide financing for the purchase of agricultural estates and their redistribution to smaller landholders, LANDBANK grew significantly in terms of scope and capitalisation, which, 10 years later, resulted in the lender adopting the status of universal bank—one with expanded commercial banking powers and that is licensed to undertake a wider range of activities. Maintaining its specific focus on promoting countryside development, today LANDBANK is consistently among the country’s top five universal banks and displayed the strongest deposit and asset growth rates among the country’s top 10 commercial lenders over the 12-month period to June 2015. LANDBANK’s stated vision is to be the top universal bank in the Philippines, one that “promotes inclusive growth and improves the quality of life especially in the countryside through the delivery of innovative financial and other services in all provinces, cities and municipalities”.

“Banking with a heart” 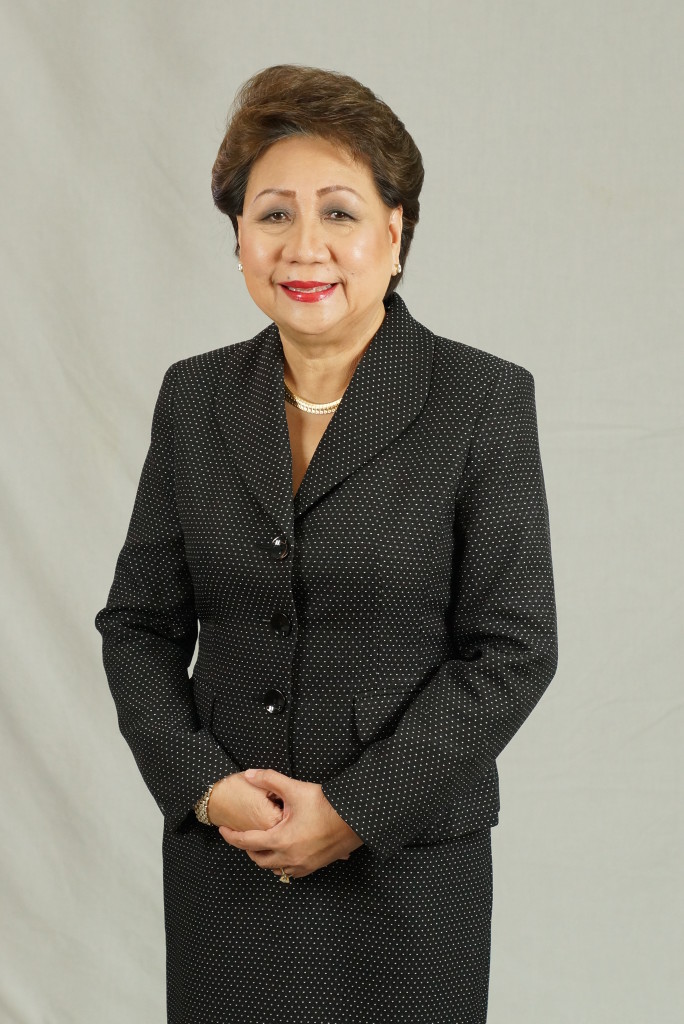 Much of LANDBANK’s desirable financial position at present comes down to its successful commercial-banking business. The lender differs from its competitors by successfully allying its financial goals with the state-backed countryside development social mandate. LANDBANK’s President and CEO Gilda E. Pico calls this alliance “banking with a heart”, and this approach has successfully led to LANDBANK being the Philippines’ single largest lender to small farmers, fishermen, small and medium-sized enterprises (SMEs) and microenterprises, countryside financial institutions and local government units. LANDBANK also places importance on ensuring that funding is allocated to a diverse range of social projects, including agri-infrastructure, schools, hospitals, farm-to-market roads, housing and several other development initiatives.

Customer service is at the heart of LANDBANK’s operating ethos. Its simple tagline of “We help you grow” says much about the bank’s role in looking after its customers, while promoting their welfare through focusing on growing their investments, businesses and savings. As a consequence, this spurs the consistent development of communities, the countryside and, indeed, the entire country.

LANDBANK is now well-positioned as the “go-to” lender whenever assistance is required for farmers, fishermen, micro-entrepreneurs and other small borrowers, in order to help them develop their businesses and support their families. In addition to financial assistance, LANDBANK has also created the Countryside Development Foundation, Inc., an entity designed to provide technical support to its clients, through the establishment of training programmes and the provision of specific technical assistance to cooperatives, microfinance institutions and other LANDBANK-assisted clients.

The bank regards technology not only as a conduit for providing better customer service, but also as a way to extend its geographical reach into traditionally underbanked (and indeed unbanked) areas in the Philippines. Through investment, LANDBANK has shown a firm commitment towards incorporating the latest technological developments in order to support its business operations, expand its productive capacity, and deliver quality and convenience to its clients through the latest and most innovative products. An example of this innovation can be found in the LANDBANK Mobile Loan Saver, the country’s first paperless and fully electronic mobile salary loan facility, that has been lauded for “Process Excellence in Loan Origination” by the Retail Banker International at their Asia Trailblazer Summit and Awards, as well as being recognized as the “Core Banking System Initiative of the Year” for the Philippines and “Mobile Banking Initiative of the Year – Philippines” at the Asian Banking and Finance Retail Banking Awards 2015.

Much of the success that LANDBANK is now experiencing can also be credited to its president and CEO, Gilda E. Pico, who took the reins of the bank in 2006—although she has been part of LANDBANK’s team in a professional capacity for nearly 35 years. Since she assumed the presidency, however, LANDBANK has experienced seismic growth in its financial position and business operation. Last year, Ms. Pico guided the bank to achieve its first trillion-mark in assets (P1.051 trillion), while net income has broken records year after year. The excellent financial results, and in particular, its stable loan and investment portfolios, have culminated in favourable credit-rating upgrades from major agencies Fitch and Moody’s.

Among the most notable achievements under Ms. Pico’s leadership is the fact that LANDBANK has remained solidly among the very best-performing lenders in the country, in spite of the bank’s consistently increasing appetite for providing credit to its priority sectors, such as farming and fishing, and programs of the national government including microenterprises and SMEs. Many of the recipients of this credit are often considered to be poor, and yet those priority sectors account for roughly 87 percent of LANDBANK’s total loan portfolio. This is a major achievement by Ms. Pico as it further cements LANDBANK’s pursuit of its social mandate, while also proving that credit expansion to the underbanked within the country can still deliver positive results. The implications of this type of growth will undoubtedly be noted by the more risk-averse commercial lenders in the industry.

In addition, Ms. Pico has made clear the importance of establishing the highest quality of management practices in order for LANDBANK’s banking operations to stay in line with international standards. With this in mind, Ms. Pico has overseen the successful integration of the ISO 9001:2008 Quality Management System (QMS) program in key processes to ensure that the best standards of customer service are adhered to, while the bank has also stated its goals to achieve bank-wide ISO certification by 2016, as well as the Philippine Quality Award—the highest available honour for recognition of institutional performance excellence—by 2018.

Ms. Pico’s sterling efforts have not gone unnoticed—the Association of Development Financing Institutions in Asia and the Pacific awarded her with their “Outstanding CEO” award for 2015, specifically recognising her leadership, vision and achievement within the sector of development banking. The prestigious award arrived on the back of 2014’s coveted prize of being recognised as one of the Philippines’ “Outstanding Entrepreneurs” at the 2014 Asia Pacific Entrepreneurship Awards. 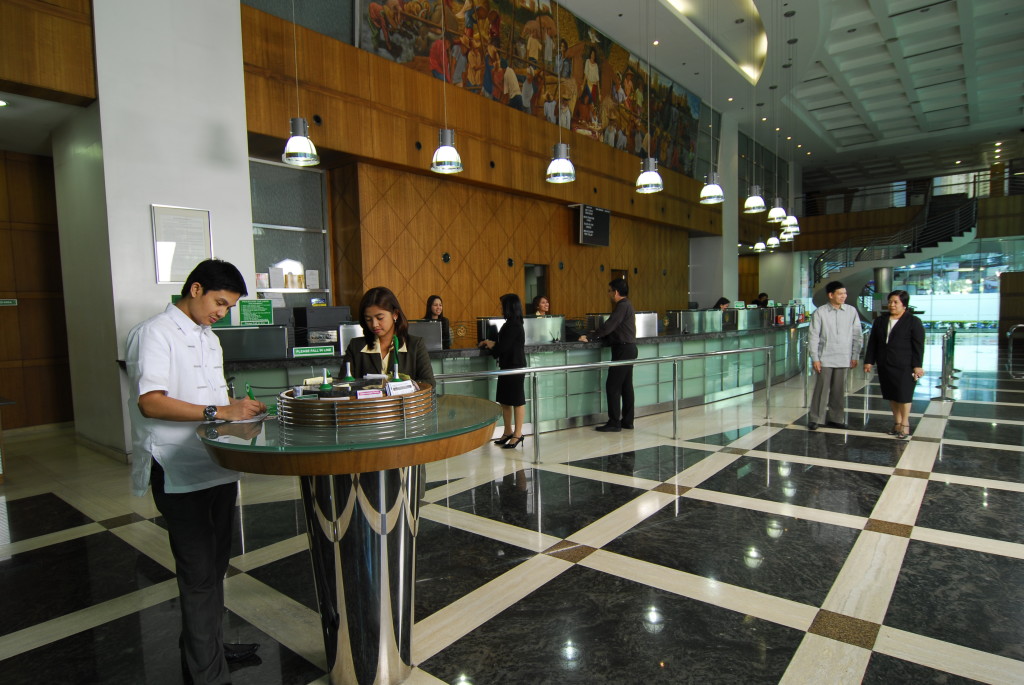 From an environmental-awareness standpoint, LANDBANK has emerged as a regional leader, complementing the bank’s drive for countryside development. In June, LANDBANK won the coveted Green Leadership award for its Environmental Due Diligence (EDD) system at the Asia Responsible Entrepreneurship Awards, a major testament to LANDBANK’s visible efforts to minimise the impact that its business has on the environment, as well as its commitment towards sustainable development. The EDD system allows LANDBANK to conduct environmental-impact assessments and monitoring as a requirement of financing projects. The award also recognises how LANDBANK differs from the majority of its regional lending peers in this regard by integrating EDD into its credit-delivery operations, which means that the projects that the bank’s loan clients take on are consistently in compliance with environmental regulations. LANDBANK also was recently conferred with a Certificate of Merit for EDD by the Global Sustainable Finance Network (GSFN), under the “Best Innovation in Sustainable Financial Products & Services” category.

LANDBANK’s flagship environmental protection initiative, the Manila Bay SUNSET Partnership Program, Inc., is a multi-sector partnership that aims to clean and protect Manila Bay, with the help of 20 partner institutions. Along with its Adopt-a-Watershed Project, which was established to protect, maintain and reforest 54 hectares of denuded watersheds in 12 countrywide sites with help from local communities, as well as several other environmental programs, it is clear that LANDBANK works effectively to minimise the negative environmental implications of active countryside development. The bank also recently announced its partnership with the country’s Department of Environment and Natural Resources for phase three of the Adopt-a-Watershed project, which shall cover the rehabilitation of an additional 60 hectares in more sites nationwide. 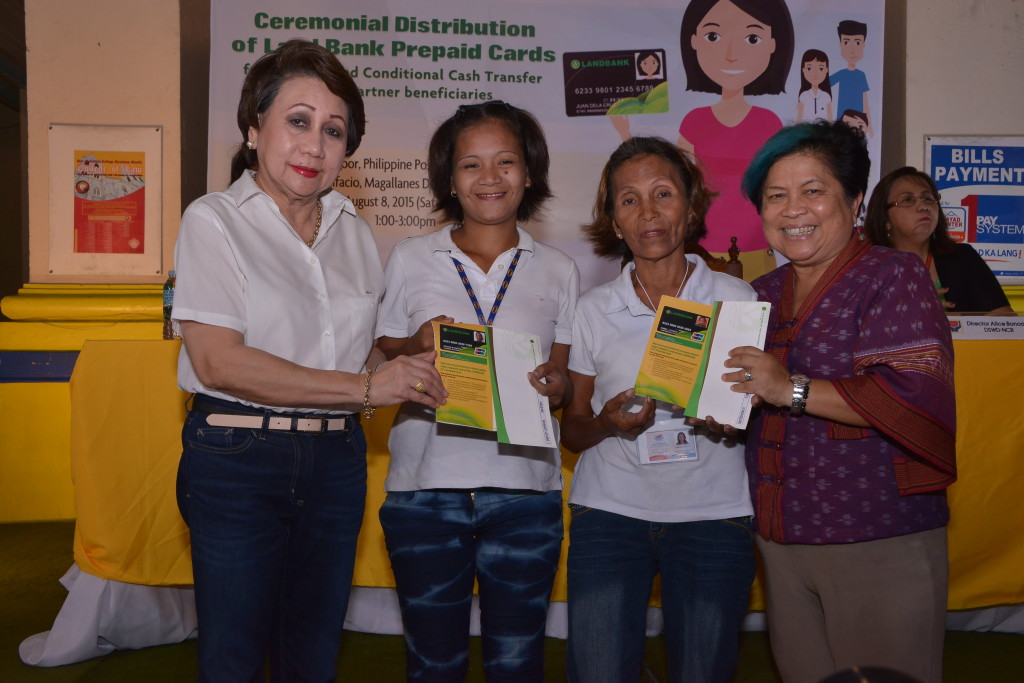 LANDBANK with Department of Social Welfare and Development

The Philippines is an archipelago with more than 7,000 islands and 81 official provinces within its territory. The most immediate challenge for LANDBANK—and for the country’s banking sector as a whole—is to ensure that an acceptable level of commercial banking and general financial services are accessible to as many as possible. LANDBANK has managed to address this challenge through highly comprehensive measures.

A wholesale bank-expansion programme in recent years has resulted in LANDBANK being the only universal bank to have a branch presence in all provinces. Indeed, as of June 2015, LANDBANK had a nationwide presence that included 352 bank branches and 1,404 ATMs. Furthermore, to improve accessibility to the unbanked population, the bank has also established a large number of LANDBANK “Easy Access Facilities” (LEAFs), which host a whole set of ancillary customer functions, such as ATMs, cash-deposit machines, the submission of loan applications, and inquiries about loans, savings, and other products and services. As of June, 20 LEAFs in rural locations across the country have been opened.

In addition, LANDBANK wields considerable external influence through the strength and number of partnerships it has fostered with other financial organisations. By the end of June 2015, the bank could boast relationships of assistance with a total of 1,492 cooperatives, 199 rural financial institutions, 272 irrigators’ associations, and 105 Agrarian Reform Communities.

Another somewhat unpredictable challenge facing LANDBANK has been the Philippines’ vulnerability to natural disasters, a problem that leaves 50.3 percent of the country’s total land area and 81.3 percent of its population exposed, according to 2008 figures from the World Bank. This exposure has sizeable implications for the country’s agricultural sector. In response, LANDBANK engages in agricultural-support programmes that help to reduce the risk in agricultural lending through instruments such as guarantee funds and crop insurance. The bank has created the Climate Synergy, Mitigation, Adaptation, Resilience, and Transparency (SMART) Program, principally to overcome the problems that emerge from the worsening effects of climate change; while under SMART, LANDBANK also conceived the Calamity Rehabilitation Support Program (CARES), specifically designed to assist communities recover from the havoc wreaked by typhoons and other natural disasters impacting the Philippines.

LANDBANK is on course to end 2015 with possibly its best-ever set of financial results. Thanks to the skilled guidance of Ms. Pico, the strong dual focus of commercial banking and countryside development, and the bank’s commitment to servicing its retail customer base with high standards and technological innovation, LANDBANK will enter 2016 with the robustness to effectively compete with the biggest lenders in the region.

It is with this solid foundation that LANDBANK continues to build on its gains in its ongoing journey of evolving, growing and moving forward for and with the people it serves. Every enterprise that flourishes, each cooperative that makes an impact, every farmer that breaks free from the shackles of poverty, every success it nurtures and the differences it makes in the lives of people—these and more … keep LANDBANK growing.

Catalonia: Independence and the Future of Banking