Top Posts
Eurozone Inflation Soars to a Record 8.6 Percent in June
Why Fintech Has a Role to Play in the Cost-of-Living...
Global Military Spending Hits a Record High
Could Big Tech’s Iron Grip on Digital Advertising Soon Come...
Can Recent Oil Discoveries Prove to be a Boon for...
Is It Time to Explore an Alternative to Fractional-Reserve Banking?
Home Banking Latvia-a Banking Industry in Crisis
Banking 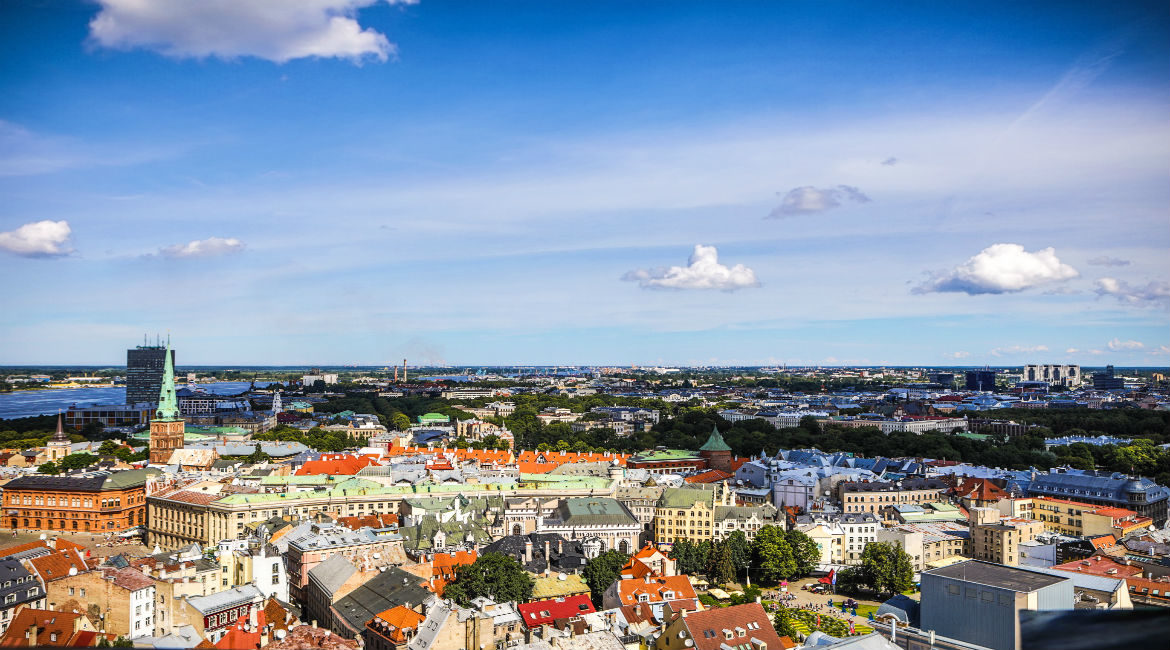 It is fair to say that the banking sector in Latvia is now being closely scrutinised in a manner that it has not experienced in recent times. The latter half of February in particular witnessed a series of major incidents being reported that have severely dented confidence in the diminutive Baltic nation’s banking industry.

On February 13, the United States Department of the Treasury proposed to ban Latvia’s third biggest bank, ABLV, from the American financial system on the basis that it believes the bank is involved in large-scale “institutionalised money laundering as a pillar of the bank’s business practices”, as outlined in a report by the Treasury’s Financial Crimes Enforcement Network (FinCEN). The report explains that the reliance of Latvian banking on non-resident deposits for capital is creating a concerning level of exposure to illicit finance risk, and that such deposits amount to around $13 billion. “Non-resident banking in Latvia allows offshore companies, including shell companies, to hold accounts and transact through Latvian banks,” according to FinCEN, which also asserts that criminal groups and corrupt officials could potentially use such schemes to hide the identities of the true beneficiaries or create fraudulent business transactions. In turn, this has allowed “corrupt politically exposed persons” to channel billions of dollars towards North Korea; and in particular, support the rogue government’s ballistic-missile program. As such, ABLV’s dollar accounts have been frozen; the Latvian financial watchdog the Finance and Capital Market Commission halted all payments on February 19; and many of the bank’s customers have quickly taken their money and run.

With the money-laundering scandal prompting many of the bank’s clients to leave, the resulting bank run has left ABLV short of money, which has forced it to close down. The European Central Bank (ECB) announced on February 24 that the beleaguered lender was “failing or likely to fail in accordance with the Single Resolution Mechanism Regulation”, and therefore concluded that it has insufficient funds to meet “stressed outflows”. Although the European regulator could have pumped more money into the bank, it is highly likely that such a move would only stimulate further capital flight, and as such, both the Latvian bank and its Luxembourg subsidiary ABLV Bank Luxembourg will instead be wound up under their countries’ respective laws. Nevertheless, the bank’s management continues to maintain its innocence, having rejected all of the allegations made in the original FinCEN report.

It should be mentioned, however, that such allegations will have come as a surprise to very few. Latvia has long been considered by authorities as a conduit for the flow of illegal funds from East to West, particularly following the collapse of the USSR (Union of Soviet Socialist Republics) back in 1991, which spawned the emergence of mega-rich oligarchs in the region. In the 20 years between 1996 and 2005, the US Treasury calculated that of the 1,002 suspicious activity reports that it received pertaining to US shell companies, 449 involved banks in Latvia. That is only marginally less than the 504 in Russia; and together, the two countries are reported to have handled $18 billion worth of illicit transfers. What’s more, the Latvian Trasta Komercbanka AS was shut down in 2016 over a $20 billion Russian money-laundering scheme that was active between 2010 and 2014; PrivatBank AS’s Latvian subsidiary was fined €2 million in the same year for handling money that was stolen from Moldova’s financial system in 2015; and five Latvian lenders were also recently fined for not doing enough with regards to certain transactions that were linked to North Korea.

In a separate issue, meanwhile, Latvia’s long-running central bank Governor Ilmars Rimsevics was detained over the course of a weekend in mid-February as part of an investigation by the country’s anti-corruption police. Rimsevics, who is also an ECB Governing Council member, was suspected of soliciting a €100,000-plus bribe from an unidentified bank. After being released on bail on the Monday (February 19), the central bank chief was then accused by the owner of Latvia’s Norvik Banka of separate bribe solicitations along with a handful of other intermediaries. The Corruption Prevention and Combating Bureau has said that its investigation of Rimsevics is not connected to the probe into ABLV.

Facing pressure from several directions, therefore, Rimsevics has come out in defiance of the accusations and denied any wrongdoing on his part. Instead, he has accused banks of conspiring against him, stating that “I’m not a friend of the banking system in this country”, and thus implying that certain lenders were keen to remove him from his position in response to his efforts to boost transparency across the banking sector. He has also denied accepting any illegal bribes, but has expressed regret for not reporting the mere hint of a bribe on previous occasions. Furthermore, Rimsevics has stated that he is the victim of death threats that are part of a plot to destabilise Latvia.

Minister of Finance Dana Reizniece-Ozola has admitted that the country’s reputation is now in crisis over these recent events. In response, the ministry has changed its borrowing strategy and will refrain from refinancing operations in the short-term. Latvian authorities are also now reportedly in agreement that they are in a position to start acting on the report by FinCEN, with Latvian Foreign Minister Edgars Rinkevics having stated that a recent meeting with Marshall Billingslea, the Assistant Secretary for Terrorist Financing in the US Treasury, has focused on ensuring there is more cooperation with the US as far as both upholding sanctions against North Korea and other countries and the ongoing fight against money laundering are concerned.

Officials can also point to clear evidence that progress is indeed being made by Latvia’s banking system to combat money laundering. In addition to a steady tightening of regulations and penalties for those banks with foreign clients, the amount of dollars being handled by Latvian lenders has fallen dramatically in recent years, from $221 billion in 2014 to $76 billion in 2017, although this decline has also been expedited by the shuttering of Latvian dollar accounts by major lenders such as Deutsche Bank. Moreover, foreign deposits in Latvia have fallen by about one-third during the last two years, while some analysis forecasts a further 50-percent contraction during the coming years.

Furthermore, there is now talk within Latvia’s Parliament to move forward with new legislation that would put term limits on a central-bank chief’s term in office. Rimsevics has been at the helm since 2001 and still refuses to resign his post, despite mounting pressure to do so from several of the country’s top political figures. Latvia’s defence ministry has also claimed that the Rimsevics episode could be a smear campaign that is being orchestrated from overseas—most likely by Russia—in a similar fashion to ones recently executed during the US, French and German elections.

Whether any concrete improvement in the banking system’s legitimacy is ultimately achieved, however, remains to be seen. Latvia has a long history of being a safe haven for illicit cash from neighbouring countries. And it would appear that recent events regarding both the failure of ABLV and the detention of Governor Rimsevics has hammered another nail in the coffin of the Latvian banking industry’s reputation for the time being.

PSD2: How to Cross-sell in a Highly Competitive Environment

Protecting the US Footprint of a Foreign Financial Institution