Top Posts
Is It Time to Explore an Alternative to Fractional-Reserve Banking?
Can AgTech Prove Instrumental in Helping to Feed the World’s...
Can the Indo-Pacific Economic Framework Expand US Economic Influence in...
Banks Remain Uniquely Vulnerable to Sophisticated Cyber-Attacks
Western Banks Willing to Accept the Short-Term Pain of Russian...
Why the US Is Ramping Up Its Presence in Somalia...
Home Banking Laundromat: Exposing Money-Laundering Failures in Global Banking
Banking 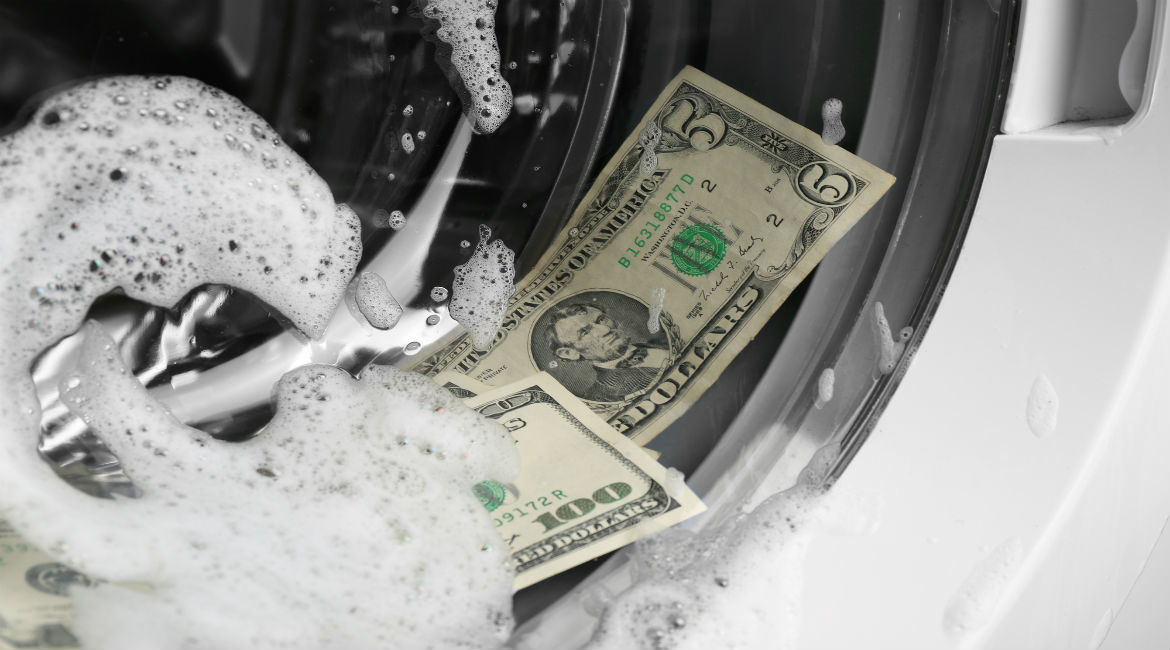 On March 20, The Guardian newspaper reported that billions of dollars of laundered money originating in Russia ended up passing through the systems of some of the biggest names in global banking. Those names included such industry giants as Bank of China, Credit Suisse, Deutsche Bank and Citibank, as well as high-profile United Kingdom lenders including HSBC, Barclays, Standard Chartered and Royal Bank of Scotland (RBS). In a criminal operation that has come to be known as the “Laundromat”, it is estimated that from 2010 to 2014, a minimum of $20.8 billion of laundered funds from Russia was sent to financial institutions in Moldova and Latvia, before eventually being transmitted through 96 countries worldwide.

The Organized Crime and Corruption Reporting Project (OCCRP) and Russian newspaper Novaya Gazeta first uncovered the Laundromat scheme back in 2014, but it was only recently that an additional pile of bank records was obtained by the agency’s investigative reporters indicating that a reassessment of the scale and complexity of the operation was required. The sheer numbers now being revealed are mind-boggling—5,140 companies with accounts at 732 banks in 96 countries are reported to have handled the laundered funds, while the number of illicit transactions has been calculated as upwards of 70,000. Of those transactions, 1,920 went through UK banks and totalled approximately £600 million ($738.1 million) in value, while a total of 17 British banks or foreign banks with UK branches have been explicitly named in the investigation. The biggest culprit appears to be HSBC, which processed $545.3 million of Laundromat funds, mostly routed through its Hong Kong branch, followed by RBS, which processed $113.1 million. Transactions numbering 373 are estimated to have gone through US banks, and a further 1,050 through lenders in Switzerland. Indeed, Swiss regulator the Financial Market Supervisory Authority is investigating a total of 45 of the country’s banks that may have been involved.

With such massive numbers, one might wonder just how such a large-scale money-laundering operation was carried out in practice. The OCCRP recently provided some insight into how it believes the scam was executed. It begins with the formation by Russian criminals of two companies that have zero business functionality in the real world. Company A sets itself up as the creditor and company B as the debtor, which promises to repay a sum of money to company A; in reality, however, no money actually changes hands. Instead, the companies guarantee the debt, along with the crucial addition of a Moldovan citizen into the process. This allows a Moldovan court—and corrupt Moldovan judges—to be involved in resolving the matter once company B defaults on its imaginary debt to company A. The judges declare that company B must honour the guarantee and repay its debt. As such, company B settles the fake debt by paying into a Moldovan court-approved bank account at lender Moldindconbank. This allows laundered money to leave Russia and is now ready to pass through shell companies to accounts all around the world. Often the money would also be passed on to a bank in Latvia—and therefore inside the European Union (EU)—before being distributed globally.

While the Laundromat’s geographical coverage stretches to the furthest corners of the globe, however, it is London’s role in particular that continues to be most scrutinised of all. The scheme saw 21 shell companies being set up under anonymous ownership, mainly in the UK as well as Cyprus and New Zealand, through which the illicit money passed. The OCCRP’s records also show how some of the funds laundered through the UK have been spent, including on luxury goods such as furs, diamonds and chandeliers, as well as on fees for one of the country’s finest private schools. London’s real estate was also a beneficiary of the money, with a pub in Bloomsbury and townhouse in Kensington among the notable purchases.

Furthermore, the Laundromat has exposed major flaws in the anti-money-laundering controls currently implemented in UK and global banking systems. Every major British bank handled the Laundromat’s funds, and yet not even a single one was reportedly able to either detect or prevent substantial amounts of illegal money passing through its system. Indeed, the scandal is particularly concerning for several UK banks given the existing allegations of previous involvement in money-laundering cases. Only last month, for example, HSBC announced that it was being investigated by the Financial Conduct Authority (FCA) for “its compliance with UK money laundering regulations and financial crime systems and control requirements”, while another settlement in 2012 saw the banking giant pay nearly $2 billion in fines for breaching money-laundering rules.

As a result, numerous questions have justifiably been raised over whether those financial institutions knowingly helped to launder the cash. To date, the response from banks has been both limited and measured. HSBC, for instance, has stated that it has “systems and processes in place to identify suspicious activity and report it to the appropriate government authorities”, while Barclays reaffirmed that it “complies with the rules and regulations in all the jurisdictions in which it operates and has systems and controls in place to mitigate the risk of the bank being used to facilitate financial crime”. The response from the government, meanwhile, has been more severe; the UK’s economic secretary to the Treasury, Simon Kirby, has promised that the government will “do what it takes” to crack down on money-laundering practises and that it is now seeking to begin its investigation into the events. However, the executive director of Transparency International UK’s chapter, Robert Barrington, suggests little will be done in response considering that UK law enforcement has “a dismal track record of investigations that lead to prosecutions”. Barrington has given a distinctly sober assessment of the situation, berating anti-money-laundering supervisors as being “asleep on the job”, whilst also describing the banks involved as being “at best lax and at worst complicit”.

It appears from an investigative standpoint, therefore, that uncovering the full extent of the Laundromat scam is only at the beginning. Although $20 billion is the official current figure of laundered funds presented by the OCCRP, other estimates peg the true figure to be in excess of $80 billion. Thus far, Latvian bank Trasta Komercbanka has been closed down on the charge of failing to comply with money-laundering regulations; 16 judges in Moldova have been charged with corruption; and Moldindconbank employees are now under investigation. Former Moldovan MP Vyacheslav Platon has also been arrested as a pivotal figure in allegedly orchestrating the scam. While it remains too early to identify the beneficiaries of the Laundromat, the OCCRP documents show that the scheme involves more than 500 people, including Russian oligarchs, bankers and figures connected to the Russian intelligence agency, the FSB (Federal Security Service of the Russian Federation). Given the global nature of the scandal and the sheer number of financial institutions estimated to have been involved in handling suspicious money, moreover, it appears that substantially more work will need to be done.

In the meantime, the scam strongly implies that the international financial system requires seismic changes to be made to its anti-money-laundering defences. According to Transparency International’s Maggie Murphy, the global finance industry is severely underperforming when it comes to dealing with dirty money. “The financial system is absolutely shrouded in secrecy, and secrecy and corruption just go hand-in-hand”. Robert Barrington echoes this sentiment when discussing the UK in particular, describing the country’s anti-money-laundering defences as “just not fit for purpose” and recommending a comprehensive strategy be employed to avoid a “post-Brexit race to the bottom in which corrupt money is welcomed to the UK with open arms”. It seems, therefore, that if London does not wish to be blighted with the reputation as the “money laundering capital of the world”—a label that seems to have been applied with increasing frequency over the last couple of years—then much work lies ahead for the country’s regulators.

Why Third Party Scripts May Spell Trouble For Banks