Top Posts
Challenges Remain, But There Are Opportunities to Be Had in...
Interview with Mr. Olukayode Pitan, Chief Executive Officer and Managing...
Commodities Outlook for 2023
The Value of Cash in a Time of Crisis: How...
The US-Africa Leaders Summit: Fostering a Closer Relationship with the...
Three Key Sectors in Which to Invest in 2023
Home Banking LIBOR Transition for Bond Markets—Time to Face the Challenges
Banking

LIBOR Transition for Bond Markets—Time to Face the Challenges 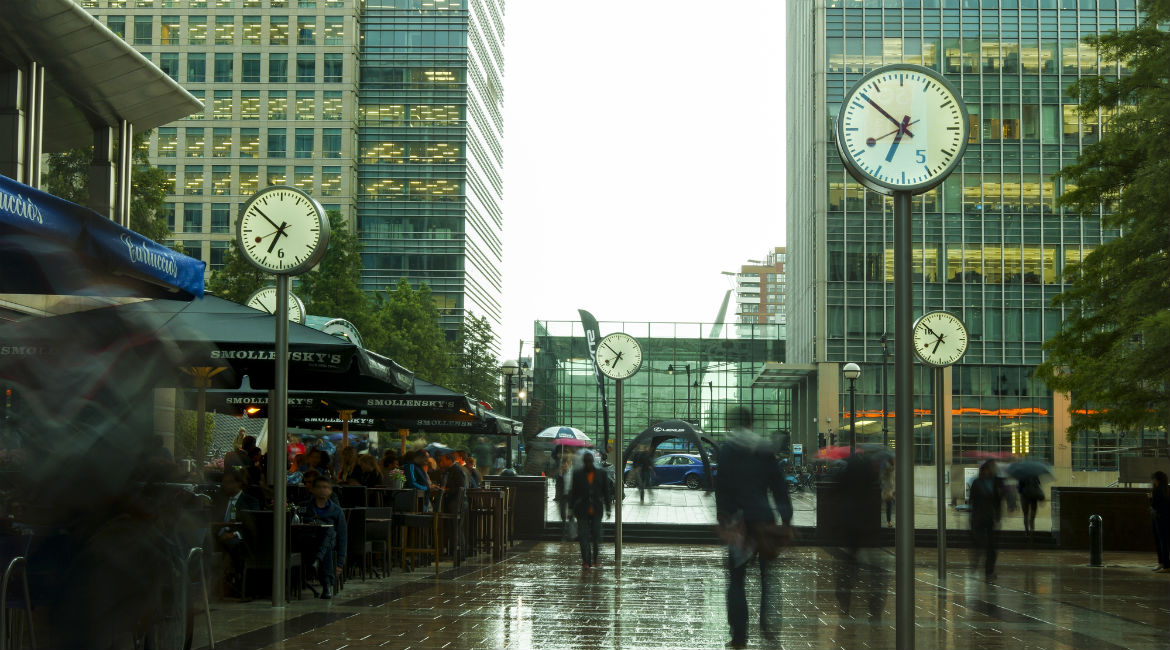 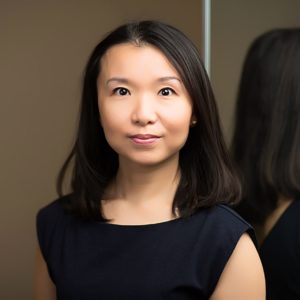 In 2014, the Financial Stability Board (FSB)—which is composed of regulators from G20 countries—recommended in its report “Reforming Major Interest Rate Benchmarks” that financial institutions should transition away from the London Interbank Offered Rate (abbreviated the LIBOR or simply LIBOR) altogether to so-called “risk-free rates” (RFRs). RFRs are generally benchmarks based on overnight deposit rates; they are considered to be more robust than LIBOR, as they are based upon a larger volume of observable transactions. And RFRs have been identified for each currency for which LIBOR is currently published.

On July 27, 2017, Andrew Bailey, the chief executive officer of the United Kingdom’s Financial Conduct Authority (FCA), announced that the FCA would no longer compel or persuade banks to make submissions to LIBOR from the end of 2021. This announcement came as a result of longstanding concerns regarding the robustness of LIBOR as a benchmark, and it represents an attempt to implement an orderly transition away from LIBOR to prevent market disruption.

We set out below the developments relating to the LIBOR transition with respect to the bond markets, the challenges we face and the possible solutions.

New issuances of bonds referencing SONIA (Sterling Over Night Index Average) have progressed the most to date, with more than £27.4 billion issued in total as of July 2019, out of which 35 issuances amounting to £20.5 billion were issued in the first half of 2019. There have been a number of SOFR (Secured Overnight Financing Rate) issuances to date, although they are currently lagging some way behind SONIA, likely in part due to the uncertainty around the market convention for SOFR issuances (see further below).

In contrast, SOFR issuances have thus far exhibited some variation in the market conventions used. They initially varied between daily weighted average SOFR and daily compounded SOFR in arrear using the lockout method (most commonly, four-day lockouts have been used in the United States). But more recently, several SOFR issuances have used daily compounding in arrear employing the lag method (like SONIA issuances), and several have combined lockout with a delay in payment. Whilst the market convention has yet to settle, it is hoped that a market consensus will be achieved for SOFR issuances—and perhaps a convergence more broadly for RFR issuances, as this would help accelerate the development of other RFR issuances through the establishment of a generally accepted and understood market convention for calculation, along with having the requisite operational systems in place.

Almost all of the SONIA and SOFR bonds to date have been issued by banks and financial institutions. Whilst BMW became the first corporate to issue a SONIA bond in September 2019, it remains to be seen whether or not corporates will widely adopt RFRs in their financing arrangements (in bonds or loan facilities), or if they will avoid any backward-looking RFRs. It, therefore, remains to be seen if there will still be a demand for a forward-looking term SONIA—which would be known at the beginning of the interest period, just like LIBOR and unlike compounded SONIA—in particular by corporate issuers, in order to facilitate financial planning and cashflows. There are some concerns over potentially splitting the market were a term SONIA to develop alongside a compounded SONIA, which might affect liquidity. Another possible outcome would be for corporate issuers to swap compounded SONIA for, for example, fixed rates using hedging; however, this cannot be the primary solution if SONIA and other RFRs were to gain widespread adoption in the markets.

With legacy bonds, most fallbacks reference the last available rate applying to a previous interest period, which would effectively mean that the bonds become fixed-yielding bonds for the remaining maturity in the event of the discontinuation of LIBOR. It has been estimated that the value of outstanding legacy bonds referencing LIBOR and maturing beyond 2021 is at least $864 billion, of which approximately 80 percent are denominated in US dollars and approximately 9 percent in pound sterling. The scale of the task ahead to deal with legacy bonds is formidable.

There are a few possible routes available in the market to mitigate the challenges arising from legacy bonds:

When the issuer has the option to redeem the bonds early at par or similar, this could be utilised by the issuer to take out the LIBOR-referenced bond—and refinance this, perhaps, with an issue referencing an RFR or another rate if required. This would be the simplest route for an issuer to take if it were available.

An issuer may make a tender offer to bondholders to purchase their bonds. This would be a particularly attractive route if the bonds were trading below par in the market. An issuer may also repurchase bonds in the private market on a more ad hoc basis—assuming that the terms and conditions of the bonds permit this, and most do. Although this is not a complete solution for the LIBOR exposure, since it would rarely, if ever), in itself lead to the repurchase of all of the outstanding bonds, this might nonetheless mitigate the LIBOR exposure. Where a takeout of all of the outstanding bonds is desired, this could be achieved by conducting a tender offer in conjunction with a consent solicitation—effectively, a tendering bondholder will also be required to vote in favour of a resolution to redeem the bonds early, and were the requisite approval threshold to be achieved, any outstanding minority stump would be taken out at the same time. An incentive fee is sometimes provided to bondholders, for example, to those who tender and vote before an early-bird deadline.

An issuer may conduct a consent-solicitation exercise to amend the terms and conditions of the bonds so that the interest rate linked to LIBOR is linked to an RFR instead. A number of consent solicitations to amend LIBOR to SONIA have either taken place or are currently taking place. As there is perceived to be a benefit for both issuers and bondholders to transition LIBOR bonds to a workable alternative arrangement that is meant to maintain the same commercial position between the parties, the current trend is for no consent fee to be payable. Investors should also benefit from some increased liquidity in SONIA bonds in the secondary market as LIBOR is being phased out. All of the consent solicitations conducted thus far seek to amend LIBOR to daily compounded SONIA in arrear using the lag method—consistent with the current well-established market convention for SONIA—plus an adjusted margin. Such consent solicitations have provided for the adjusted margin to be the margin plus the applicable LIBOR-SONIA spread. Consent solicitation is probably one of the more straightforward and complete solutions available to an issuer, should the issuer’s optional redemption not be available.

Exchange offers are undertaken by issuers who wish to exchange existing bonds with new bonds. The new bonds may reference an RFR and have a later maturity date than the existing bonds, which would effectively also extend the financing life of such securities in addition to changing the reference interest rate. This form of liability management involves the issue of new securities, and therefore, securities laws relating to new offerings would need to be complied with. Exchange offers can also be conducted in conjunction with consent solicitations.

The above discussion reflects some of the options available to issuers to mitigate their LIBOR exposure with respect to their legacy bonds. However, due to the sheer scale, it is not expected that all issuers will be able to successfully transition all of their outstanding LIBOR bonds in this manner.

Three other possible solutions are currently being contemplated:

In cases of LIBOR legacy bonds where it has not been possible to transition away from LIBOR, a potential complementary option would be for the FCA (as the regulator of LIBOR) to allow the continued publication of LIBOR to be used for such legacy bonds. For example, were the FCA to determine that LIBOR is no longer representative of its underlying market, under the EU Benchmarks Regulation, it may nonetheless still be possible to permit continued publication and use of a benchmark to allow for orderly cessation and to avoid frustration of financial contracts, but restrict the use of the benchmark to supervised entities and only to contracts that already reference the benchmark.

Another alternative would be to allow for a modified form of LIBOR to be used for legacy bonds that have not been able to transition away from LIBOR. For example, the modified LIBOR could be calculated by reference to SONIA (or term SONIA, assuming this was available) plus an adjustment spread—which could be a fixed adjustment spread benefitting from simplicity, or potentially, a dynamic adjustment spread. In comparison with the Euro Overnight Index Average (EONIA), the International Swaps and Derivatives Associationhas provided for a fallback by referencing the Euro Short-Term Rate (€STR) plus the fixed one-off adjustment spread of 0.085 percent, as provided by the European Central Bank (ECB). To facilitate the seamless use of any such modified LIBOR within the current framework of the legal documentation of legacy bonds, this modified LIBOR would need to be published on the same screen page and at the same time as the original LIBOR. Such a solution would require the acceptance of the market, and also the agreement of the administrator of LIBOR to publish such modified LIBOR and the accompanying processes and calculations.

A further solution being discussed is for legislation to be passed to implement a statutory change of LIBOR to an RFR under the relevant bond instruments. This route would require the broader participation of the legislature—in addition to the policy decision-making body of the relevant regulator—and would provide a solution in respect of only bonds governed by the relevant governing law. Whilst it is expected that the majority of bonds would be governed by English law and New York law, there would still be other governing laws used in respect of legacy bonds that would not benefit from this solution—but even putting in place this solution in respect of English law and New York law would be no small feat due to the complexity of the landscape and multiple stakeholders. There may also be reluctance on the part of the legislature to be seen as imposing this solution unilaterally, when it is not a complete solution and would, therefore, affect the market unevenly. However, there may be a particular benefit to this solution in the context of bonds governed by New York laws, which often contain the requirement of consent from 100 percent of bondholders. A statutory change reducing this consent threshold to a more achievable level (e.g., 75 percent of bondholders) may facilitate this transition for both issuers and bondholders.

The transition path from LIBOR to RFRs may be a challenging one and fraught with difficulties. Nevertheless, we have seen developments in the market providing reason for optimism and indicating a path ahead. The transition is happening, and it is now time that we face the challenges head-on.

In Pursuit of Audit Quality, Look at the Evidence for the Multidisciplinary Model