Top Posts
How Gamification is Catapulting Digital Banking to the Next Level
Challenges Remain, But There Are Opportunities to Be Had in...
Interview with Mr. Olukayode Pitan, Chief Executive Officer and Managing...
Commodities Outlook for 2023
The Value of Cash in a Time of Crisis: How...
The US-Africa Leaders Summit: Fostering a Closer Relationship with the...
Home Banking LIBOR’s Endgame: What Does it Mean for Trade Finance?
Banking

LIBOR’s Endgame: What Does it Mean for Trade Finance? 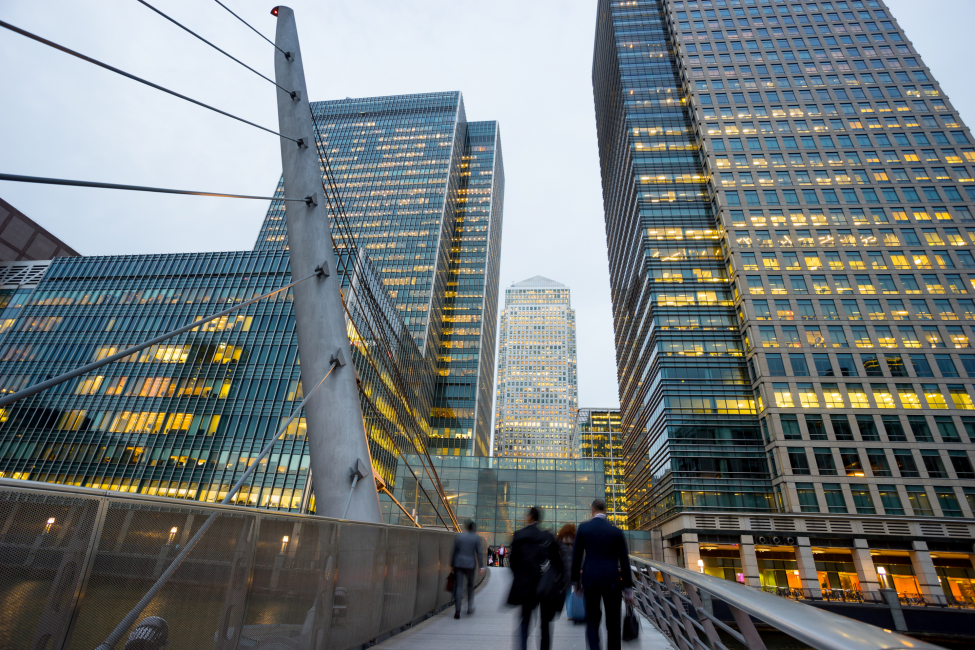 The reign of the London Interbank Offered Rate (LIBOR) will come to an end this year. A central cog in the global financial system, LIBOR has for decades been referenced in loan agreements for everything from home loans and credit cards to complex derivatives and corporate borrowing, including in millions of trade finance loans.

End of an era

LIBOR’s credibility was damaged by rate-fixing scandals in 2012, after which it became subject to greater regulatory control. Yet what probably contributed even further to its decline was the significant drop in volumes of unsecured interbank term borrowing after the 2008 financial crisis – this is LIBOR’s basis. Hence global regulators decided it should cease to be a reference point and be replaced by more robust “risk-free rates” (RFRs), on 31st December 2021.

More recently, reacting to market concerns about insufficient preparedness, regulators have amended this timetable to a two-step phase-in. The most commonly used USD LIBOR tenors – overnight, one, three, six and 12 months – have been granted a grace period of 18 months, with the new deadline moved to June 2023. However, for all international LIBORs (GBP, EUR, CHF, JPY) as well as the one week and two-month USD LIBOR tenors, the deadline remains the end of 2021. Furthermore, regulators have stressed that this date should still be viewed as the deadline for any new loans using LIBOR, regardless of the tenor.

US and UK regulators have indicated they will be watching financial organisations’ progress towards the transition closely, and neither banks nor corporates should treat this extension as an excuse to relax preparations for this significant change.

What difference will it make to trade finance?

While both LIBOR and SOFR represent short-term borrowing costs, SOFR differs dramatically from LIBOR in a number of crucial respects. Firstly, whereas LIBOR is an unsecured term rate used to calculate seven different maturity rates every day, SOFR is just one daily, secured overnight rate, applicable no matter how short or long the tenor. Secondly, borrowers taking out loans referencing SOFR will not know exactly how much interest they owe until they are required to pay it – quite a change from LIBOR loans which took potential future interest rates into account, allowing borrowers higher certainty over future liabilities and a greater ability to manage cash flows.

Furthermore, unlike LIBOR rates which were at least in part settled by rates submitted by banks, SOFR and the other new RFRs are based entirely on historical transaction data. Finally, while LIBOR was intended to represent the average cost of borrowing by a bank, reflecting interbank credit risk and term/liquidity premiums, SOFR is calculated using actual transactions in repurchase agreements versus US Treasury bonds, making it a “risk-free” rate.

Adjusting to a loans landscape thus drastically changed will require considerable work and investment on the part of banks and their trade finance customers.

Getting set for SOFR

The transition away from LIBOR will have operational, financial and customer implications. The most obvious initial changes required are to the loan agreements themselves – but even here, things are far from straightforward. As explained above, it is not simply a matter of recalculating interest according to a new rate, these new rates differ materially from LIBOR, and so contracts referencing USD LIBOR cannot simply be “swapped” with ones referencing SOFR without further appropriate adjustments.

Besides carefully considering what wording is appropriate for loans being newly documented, identifying exposure to LIBOR in existing loan agreements is imperative. Banks may have to renegotiate contracts that extend beyond the transition deadlines and repaper if their wording refers only to LIBOR, and not to any alternative rate.

Even where there is fallback language in existing contracts, the problem does not end there. This can be inconsistent across products and institutions and even within product sets. However, most importantly, contractual fallback language will only have intended to address a temporary unavailability of LIBOR, not its permanent discontinuation, and may therefore trigger unintended results once LIBOR falls away entirely that could dramatically affect the structure of a bank’s products.

There are also other issues. For example, determining the interest for longer-term loans will be particularly complex as SOFR requires a daily compound to be calculated on an overnight basis. Consequently, for a 360-day loan, for instance, the daily compound interest will need to be calculated 360 times. What’s more, as rates cannot be calculated in advance, this creates fundamental problems relating to discount rate and risk premium calculations, to which banks will have to find solutions. Also, since SOFR is likely to always be lower than LIBOR would be, this spread must be accounted for when substituting LIBOR with SOFR, potentially fundamentally changing business considerations for individual transactions.

These are just some examples showing how challenging the transition from LIBOR to SOFR will be for banks. They must establish their LIBOR exposure, build a spread and term structure on par with LIBOR, and manage the transition across different risk areas.

It is no surprise that this is likely to prove a costly exercise. A report has shown that many of the world’s top banks expect to spend more than US$1.2 billion on the LIBOR transition, with the costs for the finance industry as a whole set to be several multiples of that sum.

It is believed that many banks are yet to fully prepare for the migration away from LIBOR. If that is indeed the case, due to the complexity and scope of the task at hand and how wide-reaching the repercussions will be, it is important for those banks to develop a strategy that encompasses all aspects of the change-over.

Existing financial instruments and contracts that may be affected will need to be identified and suitable action taken, and new contract language and products implemented. Operational and technology applications will be an indispensable element here. Indeed, changes to IT systems are likely to be the biggest investment for banks in preparation for the migration. Updates to systems, models and analytics should be chosen and implemented that will ensure a frictionless shift for every agreement to the alternative reference rates.

But the steps that need to be taken reach further than this. To keep trade flowing effectively, correspondent banks must be on the same page – a unified approach is crucial to ensure, for example, that when LIBOR disappears, loans aren’t maturing with a reset agreement. Effective communication with clients is also paramount to ensure they fully understand exactly how this global change will impact them and are given the support they need.

The scale of the task at hand means that banks may decide to appoint a dedicated team to oversee and implement the switch, or bring in external resources. BNY Mellon, for example, has appointed experts to ensure we comply and are able to deliver a seamless service to clients throughout and beyond the change-over period.

There is no avoiding the significant disruption to trade finance that switching to RFRs will bring. The only way to ensure a smooth transition is to meet it head-on and well-prepared.

The views expressed herein are those of the author only and may not reflect the views of BNY Mellon. This does not constitute Treasury Services advice, or any other business or legal advice, and it should not be relied upon as such.

How COVID-19 Is Accelerating the Need for Omnichannel Payments