Top Posts
How Gamification is Catapulting Digital Banking to the Next Level
Challenges Remain, But There Are Opportunities to Be Had in...
Interview with Mr. Olukayode Pitan, Chief Executive Officer and Managing...
Commodities Outlook for 2023
The Value of Cash in a Time of Crisis: How...
The US-Africa Leaders Summit: Fostering a Closer Relationship with the...
Home Banking Loss Given Default in a Downturn—How Can We Learn from Historical Data?
Banking

Loss Given Default in a Downturn—How Can We Learn from Historical Data? 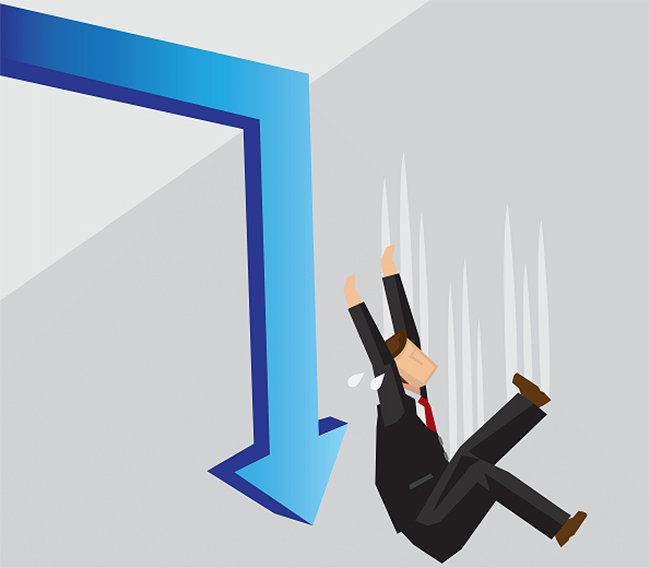 The COVID-19 crisis—originating as a health pandemic—has resulted in an external shock with widespread repercussions on financial markets and the global economy. While at the time of writing, there are many uncertainties about the duration and impact of the pandemic, as these factors depend on winding down government responses and potential medical breakthroughs that have yet to be realised, observers remain cautious in their recovery estimates. Taking into consideration the current macroeconomic forecasts, it is likely we are heading towards a downturn period. Banks worldwide posted record-high provisions to prepare for significant rises in the number of nonperforming loans in their portfolios, likely resulting in higher credit losses. They will also need to accommodate for this downturn in their risk models, factoring in the influence on default rates and loss given default (LGD) levels.

LGD reflects how much money a bank or other financial institution loses when a borrower defaults on a loan, expressed as a percentage of total exposure at the time of default. While the correlation between downturns and defaults is intuitive, the one between downturns and LGD levels is more nuanced and less widely studied.

The European Banking Authority (EBA) provides guidelines on how to calibrate the downturn LGD parameter for regulatory capital purposes[i]. As part of this process, banks must analyse historical data in order to understand how downturn periods have statistically affected LGD in the past. The COVID-19 crisis, meanwhile, must be analysed separately, as the EBA recently explained in a Global Credit Data (GCD) member roundtable[ii] on identifying the economic-downturn impacts of the COVID-19 crisis for the LGD and credit conversion factor (CCF). However, the EBA confirmed that, to face these uncertainties, banks would do well to ground their analyses of loss drivers in long and large historical time series, such as those pooled by GCD.

Global Credit Data’s LGD database contains—as recorded in our LGD Report 2020[iii] for large corporate borrowers—more than 195,000 non-retail defaulted loan facilities from around the world. In the report, we confirm that long-run historical bank recoveries average 76 percent, equivalent to an overall average long-run LGD of 24 percent (before confidence and calibration margins are applied). What’s more, this latest edition includes a large bulk of data from the 2008 global financial crisis and the 2001-02 dot-com bubble.

Looking at LGD variation over the years in this dataset (see the chart below), we can see a curve showing variance over time—with higher LGDs during the early 2000s (around the dot-com bubble) as well as in 2007-08 (around the global financial crisis).

It is worth noting that the correlation is not perfect, and peaks in LGD look to be slightly out of phase with the macroeconomic events underpinning them. The likely explanation here is that LGD rises for debts defaulted on just before a crisis because crises make it particularly difficult to cure existing defaults—those that have already occurred. Defaults incurred during a crisis, on the other hand, are typically more frequent (see the relative spikes in 2001-02 and 2009) but stand a better chance of being successfully resolved because banks often adapt their workout strategies during crisis periods—keeping assets on the balance sheet for longer, for example, in order to sell during a non-downturn period, when they can fetch a more attractive price.

This is acknowledged in the EBA guidelines, which note that “downturn LGD estimates should not be biased by observed or estimated cash flows that are received with a significantly longer time lag than the period referred to in paragraph 156 of [the EBA guidelines on probability of default (PD) and LGD estimation] and which might rather reflect an upturn or improved economic conditions following the considered downturn period.”

Banks take this into account in their modelling efforts in various ways, among others considering a time lag in their Downturn LGD estimation models.

Detailed cash-flow data can help clarify these issues and unpick those defaults that are worked out during a crisis from those that were held through the crisis period and resolved subsequently.

Breaking down the figures

While a useful indication, the variation in long-run average LGD levels typically represents only the starting point for banks’ risk calculations. Other contributing factors, such as the relationship between economic conditions, the time of default, the cure rate and the workout scenarios can all be considered individually to create a more detailed picture, as each will have their own impact depending on the state of a given bank’s portfolio of defaulted loans. These additional elements can be considered directly or indirectly for Downturn LGD modelling.

Looking into these details gives us a clearer insight into the impact of economic downturns on loans in different states of default. Bad economic conditions during default could discourage lenders from refinancing difficult loans, while similar conditions around liquidation could lead to decreases in asset sale prices, in turn reducing recovery levels. Given this, it is also interesting to examine LGD rates by the year that the recovery was realised (known as the cashflow year) rather than the year that the default was incurred, as this shows a more direct alignment between downturns and losses.

It is also important for banks to keep a keen eye on the different sector exposures within their portfolios. This is another key stipulation of the EBA guidelines, requiring banks to identify the major business sectors in which they are invested and the downturn periods that affect them. For instance, during the current pandemic, LGD projections for a portfolio with significant exposures to airlines will be very different from those for a portfolio predominantly exposed to the healthcare industry.

Ultimately, the different variations in how the resolution of a defaulted loan can play out relative to an economic downturn require detailed analysis and data in order to estimate LGD outcomes.

Global Credit Data has collected this data, enabling member banks to drill down into these more granular elements—including the time of default, cure rate and loss given non-cure, all searchable by sector—and see how different sectors have been affected by different kinds of crises to more accurately gauge the effects of downturns on their own portfolios.

The need for benchmarking

When translating observed losses into accurate predictions of future losses, it is critical for banks to continuously develop and refine their models. As such, benchmarking credit-risk data is more important than ever if we are to help banks achieve a more sophisticated understanding of the impact of the crisis.

At the same time, risk models and default/loss-projection frameworks will require major revisions due to the paradigm shift caused by COVID-19, and new drivers specific to the pandemic need to be taken into account and analysed for their roles in the development, past and future, of the pandemic; these include healthcare, transport and epidemiology policies, among many others.

Careful analysis of a rich and comprehensive set of LGD data will be central to accurately benchmarking and recalibrating estimates in light of the COVID-19 pandemic. GCD’s dataset has been built up and curated over many years to provide support with these exact challenges.

COVID-19 Response in MENA: The challenges and opportunities for the banking sector and financial inclusion

Government Should Help SMEs Raise Equity and Not Debt Capital