Top Posts
The Paradox of AI and Investing
Malaysia’s Fight Against Climate Change: Perspectives from a Central Banker
Crypto-assets and the Relevance of International Private Law
Whither International Banking Regulation?
Interview with Mr. Selman Bicaco Urrutia, Head of Private Banking...
Interview with Ms. Jelena Galić, Chairperson of the Board of...
Home Banking Making Banking Work for Africa
Banking 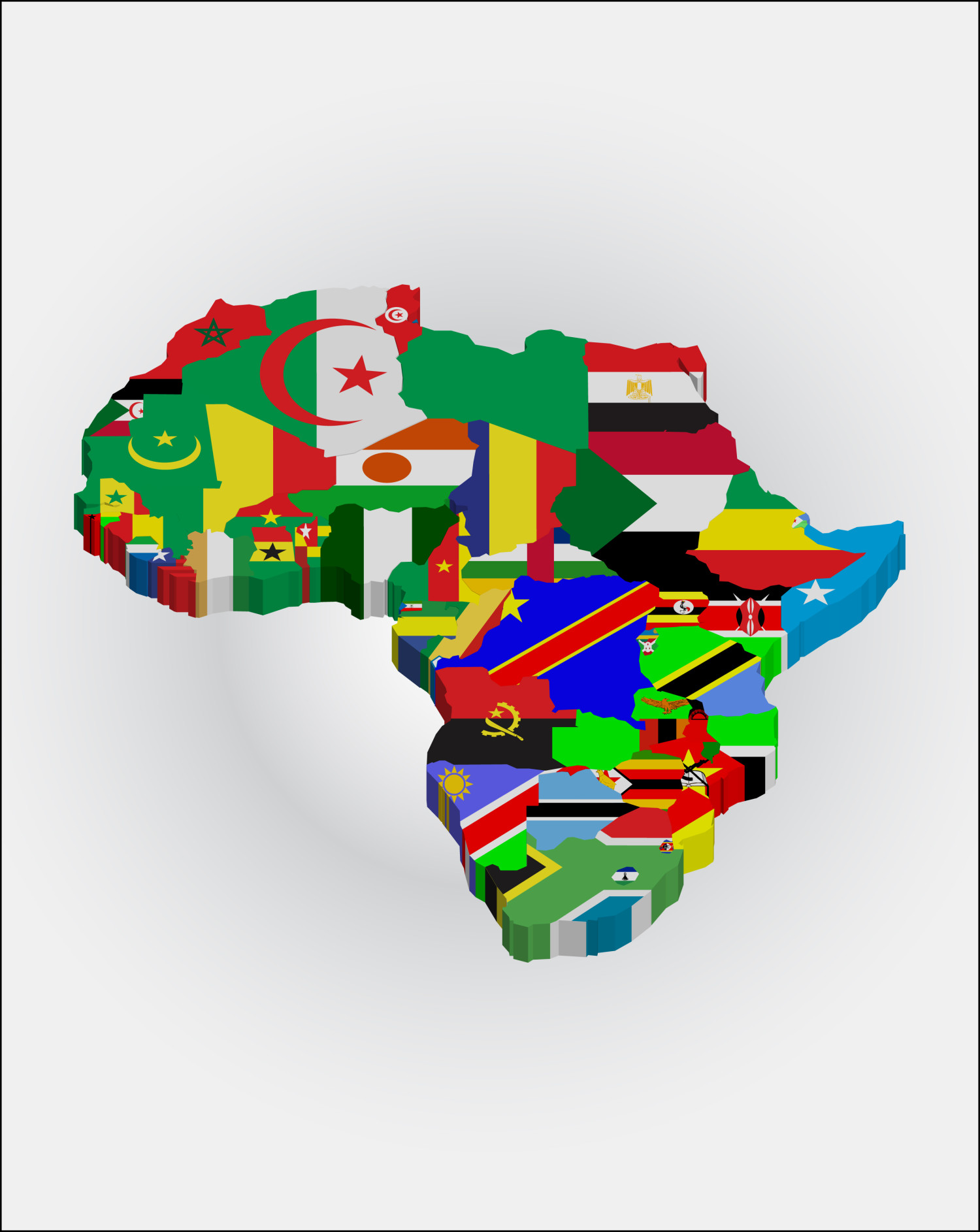 Africa’s future lies in the hands of its own people—but not in isolation. How can Africa come together to build a stronger banking sector that delivers for Africans as well as the international investment community?

One of the first things to say about the banking sector in Africa is that most stakeholders would agree that there is great potential, yet the sector still faces substantial challenges. One of the most pressing issues is good governance—but there are also significant challenges in financial inclusion, technology, capital markets and fragmentation. Combined, this tells us that the current banking sector in Africa is not delivering to the sector’s full potential. While great strides have been made over the past 20 years, additional economic and regulatory reforms are still needed in order to create a more conducive environment for private-sector development—for African businesses, ordinary citizens, innovators and foreign investors. Achieving widespread reform would indicate that the continent has made a tremendous step forward; helping it to garner the trust of world markets, governments and investors. There are many difficult issues with which to grapple—but information, education and technology need to be at the heart of the reform agenda.

High on that agenda is financial inclusion—and technology is central to Africa’s success in “banking the un-banked”. The good news is that over recent years, significant progress has been made. According to the World Bank in April 2015, the number of unbanked people (globally) fell by 20 percent between 2011 and 2014. This represents an additional 700 million account holders. In Africa, the primary game changer has been mobile money, which is being heavily adopted by women and poor people in rural communities. Sub-Saharan Africa has the greatest penetration of mobile banking in the world—more than 10 percent of adults in Africa report having a mobile money account. In some countries, having a mobile money account is more commonplace than having a traditional bank account; Cote d’Ivoire, Somalia, Tanzania, Uganda and Zimbabwe all have more people with mobile money accounts than bank accounts with financial institutions. In Kenya, 58 percent of the population have mobile money accounts. Using technology to widen financial inclusion is helping millions of Africans to handle their cash and their payments in a convenient and affordable way—but it is also a great business-development tool.

Mobile money means that customers with basic mobile phones and Internet access are now able to make online payments, widening the customer base. In Tanzania, for example, around a quarter of the sales of agricultural products are made by mobile money. The World Bank suggests that a transition from over-the-counter payments to money-transfer operators has the potential to double account ownership in countries such as the Republic of Congo, Senegal and Cameroon. Electronic payments have the ability to boost trade and greatly enhance the lives of ordinary Africans—but they also provide Africa with a new weapon against the illicit flow of capital.

Widespread adoption of transparent electronic payment systems will bring the region one step closer to being able to recognise money laundering, which is one of the reasons why the African Development Bank (AfDB) has been supporting the development of new payment systems across Africa. Morocco, for example, was the recipient of two Financial Sector Development Support Programmes worth a total of 386 million euros. This money was used to help reform the country’s governance systems, bringing it into line with international standards and helping the government achieve greater financial inclusion. In Angola, the government and central bank (BNA) have recently rolled out a series of new anti-money laundering policies and initiatives. These include a new, good governance and compliance guide that was launched in 2015, aimed at banking and other financial institutions. The guide reflects the standards issued by the Basel Committee—as of 2015, requiring all Angola’s banks by law to submit an independently audited report, which specifically details their adoption and enforcement of FATF (the Financial Action Task Force) and Basel standards. The African Development Bank is also actively involved in the fight against money-laundering through its support to the Inter-Governmental Action Group against Money Laundering in West Africa (GIABA).

While some countries, such as Angola, have already adopted international standards and begun the process of banking modernization, the African Development Bank offers a range of Financial Sector Development Support Programmes, aimed at strengthening the governance of a nation’s banking sector and helping them to meet international standards. The adoption of international standards of governance by individual nations is critical—but Africa is a jigsaw puzzle that needs to be completed with one voice and a shared vision. The African Development Bank, through its Making Finance Work for Africa (MFW4A) Partnership, is pushing for greater regional coordination and collaboration—it wants to see governments share financial-sector initiatives and work together to strengthen the region’s banking sector. There are a number of ways in which AfDB is helping to make this happen; it has created an online platform for knowledge management and dissemination. Its website lists and maps financial-sector related projects, and it engages directly with African stakeholders specifically to identify financial-sector needs in order to improve the alignment of expertise and funds on the ground.

Whilst improved governance and transparency are crucial in gleaning international trust and attracting FDI (foreign direct investment), the reality is that the banking system in Africa still underserves its own people because of its immature capital markets. Small businesses and entrepreneurs struggle to access even the most basic of services, such as credit facilities, and it is especially hard for any start-up to get a loan unless it already has a credit history (an obvious Catch-22). Microfinancing has, however, provided alternative solutions over recent years. A 2015 report entitled “Microfinance in Africa” from the United Nations states that “Microfinance…when properly harnessed and supported, can economically empower individuals and small enterprises and enable them to contribute to and benefit from economic development”. However, as has been seen in post-apartheid South Africa, microcredit is not a silver bullet. Delivered on its own in a haphazard manner, microcredit facilities can deliver short-term relief but create long-term poverty. Enterprises that avail themselves of microfinance must be supported by customer-protection legislation, and the industry needs to be regulated. Lenders also need to ensure that they are lending to private-sector initiatives that generate job opportunities and create wealth.

It is in the arena of job and wealth creation that the banking sector in Africa faces its most important challenge. Strong governance and transparency are crucial—but without an empowered generation of innovators and entrepreneurs, Africa will continue to be a region reliant on foreign investment. African governments—and pan-African collaboration—have a duty to create a banking system that delivers financial inclusion and the financial services that its people deserve. The region has support—financial and advisory—from many organisations. Yet the future success of this region lies in the hands of its own decision makers.

Go to top
ABOUT THE AUTHOR
José Pedro de Morais Júnior is the Governor of Banco Nacional de Angola. He is also the Chairman of the Board, Chairman of Monetary Policy Committee and Chairman of Financial Stability Committee at Banco Nacional de Angola. Prior to taking on the role of the Governor, he was the Minister of Finance for Angola from 2002 to 2008. He has also assumed senior roles such as Restructuring Coordinator for ENSA – National Insurance Company and has been a Consultant in macroeconomic matters, Banking, Financial and Development Companies and Director at the International Monetary Fund Administrator on behalf of Angola.
AfricaBanking
0 comment 0 FacebookTwitterPinterestEmail
previous post

From Product-centric to Customer-centric…Could Employees Be the Key?