Top Posts
Challenges Remain, But There Are Opportunities to Be Had in...
Interview with Mr. Olukayode Pitan, Chief Executive Officer and Managing...
Commodities Outlook for 2023
The Value of Cash in a Time of Crisis: How...
The US-Africa Leaders Summit: Fostering a Closer Relationship with the...
Three Key Sectors in Which to Invest in 2023
Home Banking mBank: Leading the New Wave of Innovation, Digitalisation and Competitiveness in Polish Banking
Banking

mBank: Leading the New Wave of Innovation, Digitalisation and Competitiveness in Polish Banking 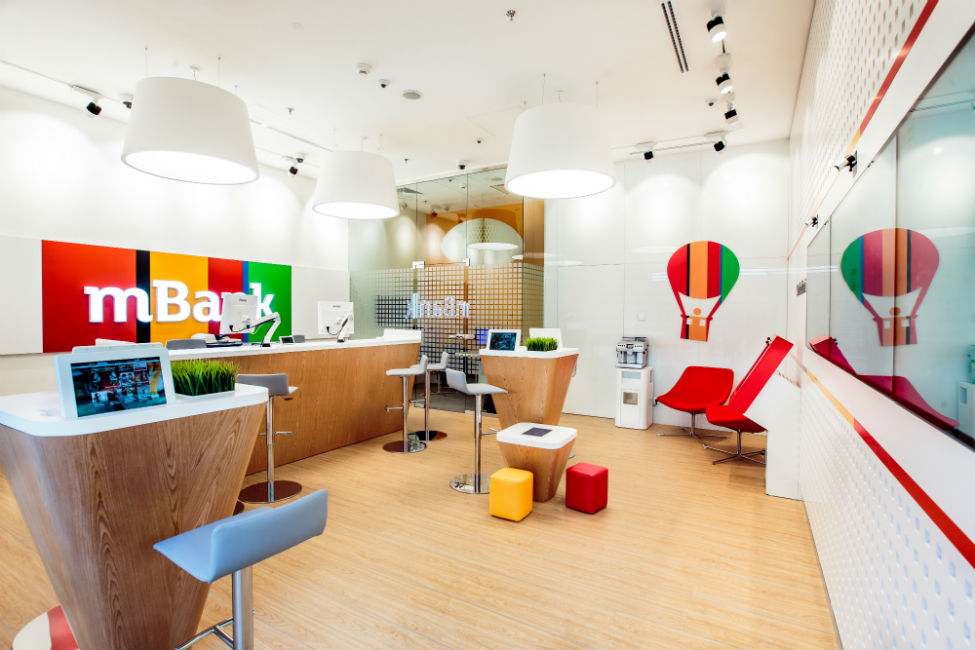 Few countries can lay claim to having a banking system more intent on pushing the boundaries of technology further into the unknown than Poland. Boasting of a stellar rate of digitalisation, with tens of millions of its citizens regularly logging on to online and mobile banking channels, Poland’s banking system is renowned for its forward-thinking approach as well as its willingness to adopt and even introduce some of the most highly sought-after digital financial solutions. Indeed, even during the rapid digital metamorphosis that the global banking industry is currently undergoing, more often than not, one will observe Poland being in the most advanced group of nations for banking innovation.

Much of the real-world evidence seems to support such a contention. A 2018 study by consulting firm Deloitte entitled “EMEA Digital Banking Maturity 2018″, for instance, examined 238 banks and 10 fintech companies that offer banking services in 38 countries across the Europe, Middle East and Africa (EMEA) region. With 15 of those institutions based in Poland, Deloitte concluded that the country was comfortably in the “digital leaders” category, which as the company’s partner Grzegorz Cimochowski explained signifies that its banks are “offering customers useful and important functionality from their point of view”. It also means that Poland is ahead of the likes of France and Norway, which belong in the “pursuit group”, as well as Germany and the United Kingdom, which are even further behind in the “pack group”.

The forward thinking of the Polish banking sector can be seen, for example, in the creation of BLIK, a modern, fintech-like mobile payment system, which could soon become a Polish export product and serve the users of financial services in other markets. The collaboration of Polish banks resulted in the creation of a joint entity called Polish Payment Standard (PPS), which launched BLIK to the market. This mobile payment service integrates several key functions that customers can enjoy, such as using their smartphones to make payments online and in stores, withdraw cash from member banks’ automated teller machines and send payments to other member-bank customers using their phone numbers. BLIK has proven to be an unequivocal success, experiencing exponential growth in customer transactions from 2 million in 2015 to a whopping 91 million in 2018. More recently, the PPS announced a partnership between BLIK and Mastercard, strengthening customers’ ability to execute in-store contactless payments in Poland and globally. With such strong backing, therefore, it seems increasingly likely that BLIK’s success will not be confined to Poland but exported to markets around the world. 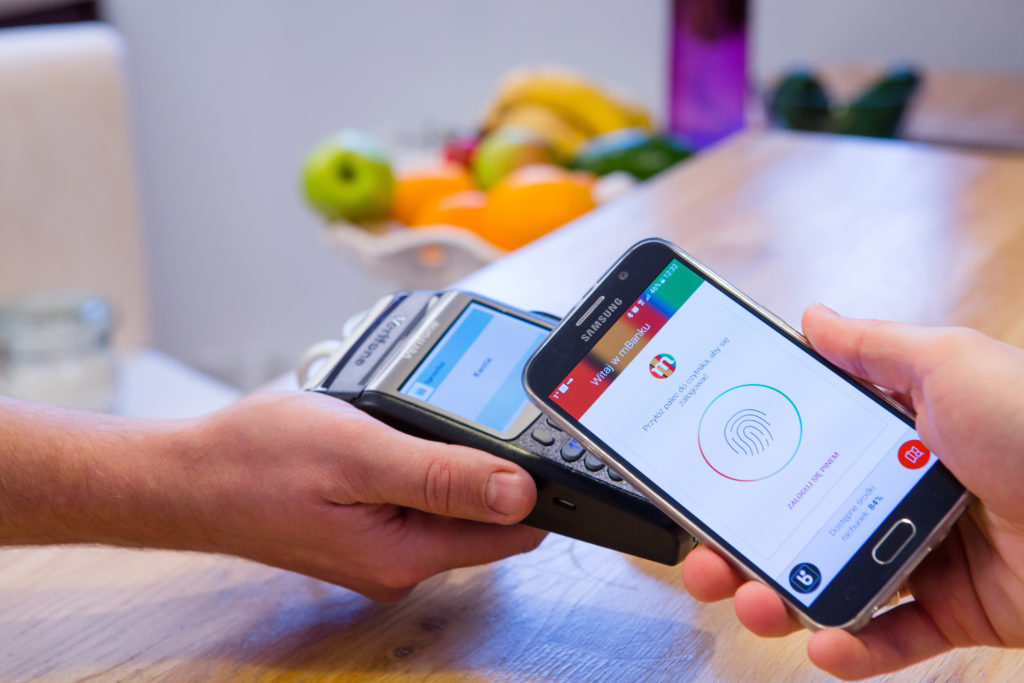 And positioned right at the forefront of Poland’s digital leadership lies mBank. Created in 1986, and beginning its retail-banking business in 2000 upon launching the first fully internet-based bank in Poland, mBank has embarked on a relentless expansion to become the country’s largest organically developed retail bank, with an enviable standing today as the fourth-largest universal banking group by total assets and fifth by net loans and deposits. Underpinning this phenomenal growth trajectory is the culture of continuous innovation that has earned the bank its reputation as a market leader, a digital pioneer and an icon of mobility. Indeed, Deloitte observed that mBank was one of three Polish banks ranked in the top 20 of the EMEA study’s 248 analysed entities.

mBank’s unrivalled appetite for innovation is apparent in several ways. In terms of specific products and services, a clear example can be found in its revolutionary mobile application launched in April 2017. Inspired in part by a careful examination of user feedback and activity, the app contains a plethora of important functionalities, including the ability for Visa and Mastercard holders to use Android Pay and Apple Pay for contactless payments using a phone during a point-of-sale transaction; the inclusion of robust fingerprint security for logging in; useful pictorial representations of users’ spending habits to help them control their budgets; and quick and efficient loan applications, with approval decisions being made in less than one minute from the request submission, based on the pre-approved limit. Today, mBank’s innovative spirit remains undimmed, as evidenced by the number of trailblazing offerings that were introduced in just the third quarter of 2019 alone. The bank strengthened the concept of savings goals for its younger clients aged 13 to 17, specifically by directing a set amount of money after every transaction they make into a special-purpose account. It also launched eMakler, a new stock-trading platform available to customers to use on their mobile devices. As far as environmental offerings are concerned, mBank made considerable progress during 2019. Firstly, it widened the range of investment options available to its private-banking clientele by including an ESG (environmental, social and governance) sustainability strategy that allows them to access stocks and bonds of environmentally and socially responsible companies. And secondly, the bank doubled its pool of funds that have been apportioned for renewable-energy projects so that it now stands at a cool one billion PLN.

Much of mBank’s success can be attributed simply to the sheer range of cutting-edge technologies that it has implemented throughout its products and services, including behavioural biometrics, mobile client onboarding, contactless mobile payments and wearables. But perhaps what truly sets mBank apart from the competition is its desire to go that extra step. While so many banks around the world are pursuing a digital-transformation strategy, few have established as unique a vision as mBank’s, one that has seen it develop products, services and solutions that it can truly call its own. As a result, mBank clients are the most transactional in the Polish banking market. July 2017 saw the share of clients who logged in to their accounts via mobile devices exceed logins from computers. In September 2019, mobile logins represented as much as 68.6 percent. This clearly indicates that customers value the convenience, security and user experience of mBank’s digital solutions.

Looking towards the future, it would seem that mBank is well positioned to achieve further sustainable growth over the long term. Strong capitalisation, high liquidity and a well-balanced mix of retail- and corporate-banking businesses coupled with Poland’s robust economic outlook mean that mBank is set to ascend to even greater heights during the coming years. And that deeply embedded culture of innovation that has guided the bank towards achieving so much of its success to date is unlikely to disappear anytime soon. The bank’s group strategy for 2020-23 will focus on “ecosystem and user experience” as one of its four main pillars. “We will be constantly improving remote bank access channels and promote digital self-service,” the strategy declares. “We will give the leading role to the mobile application, which will have the same scope of functionality as the Internet banking service, while contact centre and outlets will play a supportive role.” Furthermore, much of the bank’s efforts in this sphere will be directed towards providing convenience, ease and speed of use.

“We will build the best digital banking for corporations in Poland,” the bank confidently states. And given the quantum leaps it has made regarding innovative solutions for customers in recent times, such a lofty ambition is well within mBank’s grasp.

Interview with Mr. Cezary Stypułkowski, Chief Executive Officer and President of the Management Board, mBank