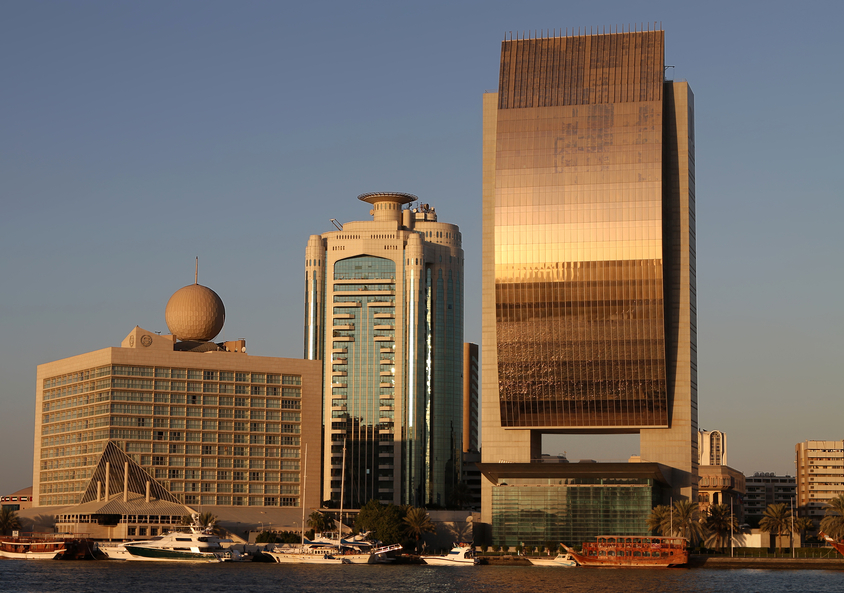 As the nations of the GCC (Gulf Cooperation Council) region in the Middle East experience economic development and growth so the demand and development of the private-banking sector progresses significantly. Wealth-service professionals and investment managers have identified the development opportunities of the region, and this is fuelling the progression of the Middle East-based private-banking industry. In particular, the countries of Qatar, the UAE and Kuwait have been realising high levels of economic growth in national GDP, and these nations have furthermore consistently been enjoying some of the highest GDP-per-capita levels on a global scale for a number of years. As noted in a research report published by Credit Suisse in 2013, the average wealth is $126,791 in the UAE, $153,294 in Qatar and $119,101 in Kuwait—some of the highest levels of wealth in the world. Further to this, these nations have demonstrated significant growth potential for the future—underpinned by a rich resource stream of fossil fuels such as oil and gas reserves, amongst other factors. The growing wealth in the region represents an opportunity for a local private-banking sector to thrive—offering local presence, accessibility and expertise as particular unique selling points to clients and customers. Private banks provide banking, investment and financial advice and services to the most sophisticated and affluent individuals and families across the globe. Providing first-rate personal and bespoke services are vital features for the effectiveness of the sector that services the richest clients, both income and asset based, worldwide. Local and established private banks have been strategically placing a greater number of new office presences within the Middle East region, and at the same time new private banks are also opening. Concurrently the wider wealth- and investment-management sector has been expanding in the GCC—with the development of the DIFC (Dubai International Financial Centre) in Dubai, for example, and also a growing number of hedge-fund and asset-management firms setting up locally. Established in 2004, over a decade ago, the DIFC has since developed into a centre of global banking activity within the Gulf region. Dubai has the largest and most sophisticated financial-services industry in the region, and numerous banks, financial, insurance and legal-services firms operate successfully there. Further to this, expanding financial markets and substantial rises in incomes indicate that there is significant potential for a fund-management centre to continue gaining traction in the GCC region. The number of registered firms operating within the DIFC has increased each year and grew by 14 percent in 2013 to reach a total of 1,039; further to this, the breadth of services offered at the financial centre is growing consistently and at an accelerating pace.

To a certain extent, the private-banking sector has been in decline across the globe, faced with a fall in revenues and an increased cost structure—resulting from the global financial crisis more than five years ago. Many of the traditional private-banking centre firms have struggled to regain momentum since this time, with many firms having to consolidate to survive under the difficult economic and business conditions. The combination of poor economics, regulatory and political difficulties in the US and Europe, and consumer pressure for a new framework of banking has placed a squeeze on traditional private banks and their bottom lines. Meanwhile, assets under management are increasing within the Middle Eastern region—spurred on in particular by the inclusion of Qatar and the UAE in the MSCI (Morgan Stanley Capital International) emerging-markets indices recently, which has driven significant capital flows into those countries and their local stock exchanges both directly through index trackers and also indirectly. This change has also garnered further interest in the wider region on a more general investment basis. Regulation is developing significantly in the GCC financial sector, and this is making it increasingly attractive to investors across the globe who are seeking to enhance their risk-return profiles through diversification but have previously been wary of entering markets that have been insufficiently regulated, structured and controlled. There is now a globally recognised, suitably acceptable and effective regulatory framework in operation that is allowing an increasing amount of capital to be directed to wealth-management services in the region that previously may have been invested elsewhere worldwide.

The local and national governments of the GCC nations have been taking actions and making plans towards further developing both economic growth and local financial centres over the next few years. By pursuing plans of diversification, whereby these economies will be less dependent on the traditional sectors of gas- and oil-based industries, economic progress will be developed further whilst promoting wealth generation. Foreign investors have furthermore been, and continue to be, encouraged to direct increasing amounts of capital to local GCC bourses through raised foreign-ownership limits on a number of companies listed on GCC stock exchanges. In addition, local governments have been investing in local infrastructure development, allowing businesses, including private banks, better working conditions and profit-margin potential. Urban development is rife across the GCC, especially in Qatar and the UAE, feeding financial-sector growth—with massive projects such as Qatar’s Doha Metro allowing for less friction to economic activity. Where there is wealth creation and growth, wealth-management and private-banking sector development will soon follow and thrive. The growing wealthy relies on the services of these private banks and asset-management professionals to manage money and provide advice on future courses of action. In particular, the number of young to middle-aged affluent, well-educated entrepreneurs seeking private-banking services and expertise is growing year on year in the GCC.

Further fuelling growth is the global disparity in economic performance. While GCC nations are reaching new heights, much of the Western economy is close to stalled. Issues such as inflation and consumer debt are hampering development across Europe, and traditional private-banking sectors such as Switzerland and Luxembourg have been in contraction as local wealth is declining and also as investors are seeking the diversification benefits of investing and receiving services on a more global scale than ever before—looking for private-banking expertise in Asian- and Middle Eastern-based hubs. The geopolitical concerns of Russia and China, and tensions with the US, are hampering economic growth and wealth creation between these major nations, and Japan is also suffering a major downturn. The risk appetite of GCC investors has been growing, while much of the rest of the world is on a slowdown or pause economically. Swiss private banks are at the same time struggling to adjust to the operational changes being implemented by regulators—and there are more on the horizon, with numerous tax-compliance rules and restrictions set for rollout in 2016. The previous business models of private banking are not effective under these conditions—adding to the development of a globally competitive and diverse private-banking sector.