Top Posts
The Paradox of AI and Investing
Malaysia’s Fight Against Climate Change: Perspectives from a Central Banker
Crypto-assets and the Relevance of International Private Law
Whither International Banking Regulation?
Interview with Mr. Selman Bicaco Urrutia, Head of Private Banking...
Interview with Ms. Jelena Galić, Chairperson of the Board of...
Home Banking Modern Capitalism and Sunflowers
Banking 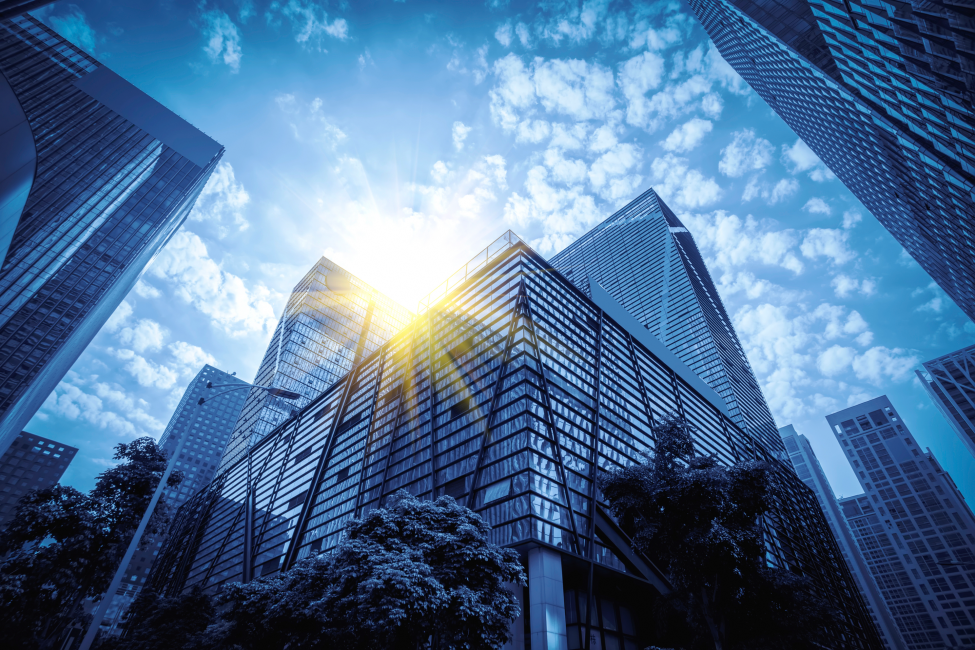 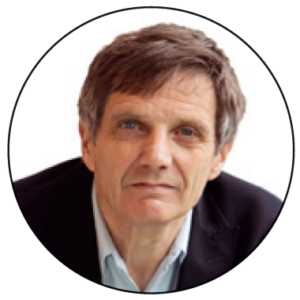 What do modern capitalism and sunflowers have in common? Both turn to the sun. As we saw during the “Corona crisis”, businesses and households turned as sunflowers to the government—the sun in the universe—for support. Few will deny that the Corona crisis gave governments an obligation to act. The sudden shock of the virus was too dramatic and widespread to be considered a normal business risk that the private sector should just resolve by itself.

But governments (including central banks) were already, before COVID-19, deeply involved in the economy. They followed highly supportive policies even in late 2019 when Western economies were booming and still unaware of the virus to come. Businesses had become addicted to low interest rates, and central banks delivered. But support went further. Governments were very accommodating to large businesses—with low taxes, weak anti-trust enforcement and other favors, increasing their profitability and market power to levels not seen before.

All this is not costless. IMF (International Monetary Fund) researchers have shown that large businesses have been able to increase their mark-ups and market power over the last decades. This is not just costly for consumers; it also puts new and smaller firms at a competitive disadvantage, which hinders renewal and innovation—and with that, the economy’s productivity suffers. Complacency sets in.

Particularly for aging Western societies, this is worrisome, as improvements in living standards depend on productivity gains. But the evidence indicates that productivity growth has slowed dramatically over the last two decades. In most studies, it has become half of what it was before. Indeed, a dismal record.

What I will set out to do is to analyze what I see as the failure of modern capitalism—the misplaced role of governments leading to, what I would call, “sunflower capitalism”: too much protection and interference by governments, too little renewal and innovation. My concern has become even more acute with the COVID crisis and its associated reinforced manifestations of government. I will argue that sunflower capitalism is self-perpetuating; once in place, it is difficult to abandon.

Before I go on, an important caveat: I am not a government sceptic, but governments are not benevolent. Carving out the right roles for governments is key. Countries make different choices, but most are just a matter of degree. When it comes to education, healthcare, infrastructure, national security or social security, governments play an important role in all countries, and they should in my view. And the private sector needs regulation—again, a task that comes to governments. But what I am after here is how to make sure the private sector assumes its responsibilities.

I will argue that much can be learnt from the global financial crisis of 2008-09. Sunflower capitalism led to enormous leverage (and thus debt rather than equity financing) in the financial sector. Bank capital ratios were lower than ever. That should have been a warning about what (implicit) government support can do to private-sector incentives and responsibilities. The financial crisis manifested itself in a meltdown—something that we had not seen for a long time.

Today, again, one of the manifestations of the crisis is high leverage, more visible in the economy at large but not necessarily in banks (they were more tightly regulated in response to the 2008-09 meltdown). For the economy, this causes risks to go up, but also private initiatives may suffer. Renewal and innovation ask for risk-bearing capacity, and that is equity financing, not debt.

Lessons from the 2008-09 financial crisis

The willingness of businesses to behave prudently and solve their own problems is compromised if support can be expected. We knew this from the global financial crisis of 2008-09. Why would banks choose to have sufficient capital (equity) if support can be expected from the government when problems emerge? Indeed, this was one of the root causes of the financial crisis. Banks were backed up by deposit insurance and generally considered to be “too-big-to-fail”. Lax regulation had made matters worse; it made them mushroom in size and complexity.

Once problems had emerged, (belatedly) raising equity might still have improved matters. The famous American story is that U.S. Secretary of the Treasury Henry Paulson Jr. (2006-09) forced banks to raise equity or otherwise face severe government punishment. This helped somewhat by making them accountable. But Europe did not behave like that. Over the period 2008-11, European banks raised less than one-fifth of the capital that US banks raised as a percentage of their balance sheets. European banks apparently realized that governments would come to the rescue while not daring to be very tough, which turned out to be true. With continental Europe heavily bank dependent, much more so than the US, governments accommodated banks instead; hence, sunflower capitalism was allowed to mushroom.

And, actually, in the COVID crisis, similar mechanisms have been at play. While government support in response to the COVID crisis has been justified, the private sector should still feel its own responsibilities. We saw an interesting contrast in the airline industry. Former national flagship carriers, such as Air France-KLM and Lufthansa, knew that their governments would step in and rescue them. They just held up their hands, while the upcoming pan-European discount airline Ryanair, which did not have national flagship status, knew that it had to solve its own problems. And it managed to raise equity privately and safeguard its own future. The national flagship carriers much like continental European banks linger on, often inefficient and dependent on governments.

A misplaced role of government (and central banks) is not easy to abandon. Such a role can be self-perpetuating. One example is the search for yield that low-interest-rate policies might induce. This typically means taking additional risks. Once this has happened, a central bank may be afraid to trigger defaults after abandoning its low-interest-rate policy. Hence, such a policy can be self-perpetuating.

Similarly, low interest rates encourage debt financing. During the last decade, like in the banking sector before the financial crisis, private debt levels (firms and households) have only gone up. And, of course, business interruptions caused by the COVID crisis also added to this.

What to do now? All this makes reducing central banks’ support and increasing interest rates difficult. Raising interest rates may cause corporate defaults, and that, in turn, may cause losses on the loan books of banks. In the European Union (EU), these concerns are even bigger as financial-stability concerns still linger, as does its higher degree of bank dependence. And if that is not enough, the European Monetary Union also has its own issues. The highly indebted states in Southern Europe (e.g., Italy) would get into serious problems if interest rates increased—the national debt might then become unsustainable. This further ties the hands of the European Central Bank (ECB).

This is the perverse reality that sunflower capitalism entails. It gives centerstage to governments (including central banks) as “the sun” in the universe to which private-sector actors like sunflowers turn. Active government interference in the economy is, therefore, self-perpetuating (difficult to stop or withdraw), invites risky behavior in the private sector (excessive leverage, risk-taking—search for yield) and, once problems emerge, may equally discourage private-sector resolutions (e.g., raising equity).

History as a guide

In this era when governments “are back” and the work of the great British economist John Maynard Keynes has been dusted off and rediscovered all around the world, let’s also rediscover his contemporary Frederich (von) Hayek. Hayek was much more concerned about the limitations of governments, as highlighted in his famous work The Road to Serfdom. And going down the historic path, also look at Hayek’s Austrian compatriot Joseph Schumpeter. This is the man with the concept of “creative destruction”. This sounds drastic, but his point was that government subsidies and support benefit existing businesses at the expense of entrepreneurship and new entries to the market, damaging productivity and innovation. Now that the post-COVID period is beginning to emerge (hopefully), is it not time to go for productivity, which was already dismal before the COVID crisis?

The more Darwinian perspective of Schumpeter on the economy—creative destruction with new entry and fitness as tests for survival—might be needed. And also following Hayek’s advice: Make sure that markets are contestable. The increasing profitability of big businesses caused in part by governments protecting them is a major concern that needs to be dealt with. Sunflower capitalism should be stopped.

Is there a way out?

Is my story only negative, or is there a way out? Let’s again look at the 2008-09 financial crisis. It was followed by measures aimed at making banks more accountable and particularly better capitalized. And did that work? Yes, for sure—at least in part. Measured capitalization levels when COVID-19 struck were much higher than before the 2008-09 financial crisis. Bankers declared themselves “as being part of the solution” when COVID arrived. They did not fail and, by and large, have managed to support the economy during a difficult time.

Of course, the massive support to businesses by governments kept business failures low, and in this way, government policy helped banks by preventing their assets from deteriorating. But overall, banks were in better shape.

The biggest lesson is that we need less debt and more equity. As banks have shown us during the COVID crisis, equity makes a difference. It allows businesses to deal with adversity and gives welcome breathing space. And for entrepreneurship (also by banks!), equity is needed. One needs risk-bearing capacity to be entrepreneurial. And that is also key for the productivity gains that the economy at large requires.

Equity would help overturn the debt pile that worries governments and is at the root of sunflower capitalism. More equity would let governments off the hook. They could step back and leave private-sector responsibilities where they belong: with businesses!

ABOUT THE AUTHOR
Arnoud Boot is Professor of Corporate Finance and Financial Markets at the University of Amsterdam, Chairman of the European Finance Association and a Research Fellow at CEPR. Previously, he was Chairman of the Bank Council of the Dutch Central Bank, Partner in the Finance and Strategy Practice at McKinsey & Company and on the faculty of the Kellogg School of Management at Northwestern University.
Back To Top
2008 Financial CrisisArnoud W.A. BootBankingCentral BanksCOVID-19 PandemicEuropean Central Bank (ECB)European Monetary UnionEuropean UnionHenry Paulson JrInternational Monetary Fund (IMF)Modern CapitalismSunflower CapitalismUniversity of Amsterdam
0 comment 1 FacebookTwitterPinterestEmail
previous post

The Role of Artificial Intelligence in Compliance and Security Oversight