Top Posts
Global Military Spending Hits a Record High
Could Big Tech’s Iron Grip on Digital Advertising Soon Come...
Can Recent Oil Discoveries Prove to be a Boon for...
Is It Time to Explore an Alternative to Fractional-Reserve Banking?
Can AgTech Prove Instrumental in Helping to Feed the World’s...
Can the Indo-Pacific Economic Framework Expand US Economic Influence in...
Home Banking National Bank of Abu Dhabi’s Growth Strategy
Banking 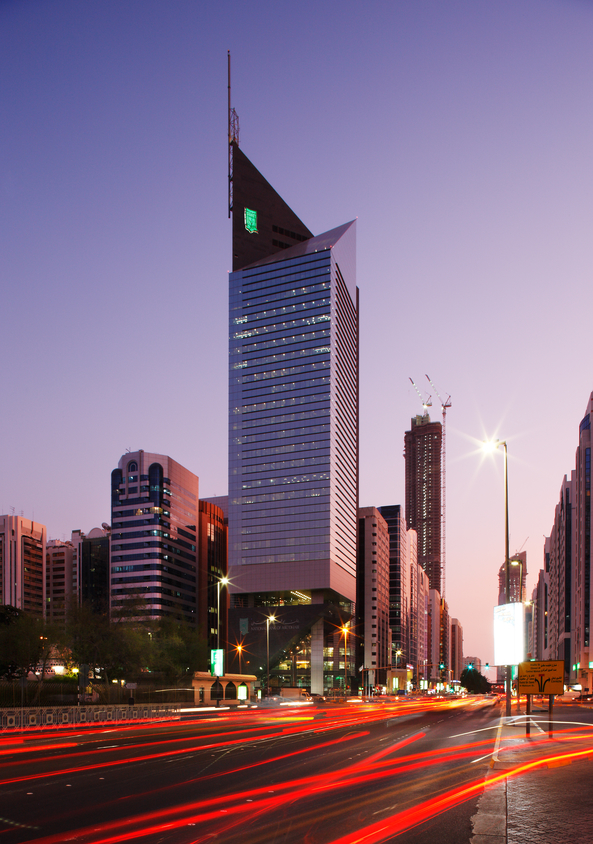 National Bank of Abu Dhabi (NBAD), the United Arab Emirates’ second largest lender and the emirate of Abu Dhabi’s first and largest bank, is planning to spread its success to more geographic areas of the world and into other energy sectors besides oil and gas.

Alex Thursby, appointed CEO in 2013, has outlined plans to expand NBAD’s retail and commercial presence through Africa, the Middle East and on to Asia. The bank already operates approximately 60 branches and offices in nearly 20 countries around the world—including Egypt, China, Britain, France—and was in 2014 granted a licence for India. Its primary growth strategy is based on expansion across the West-East corridor, or West Africa through East Asia corridor, and is focused on the development of international franchises in various geographic areas.

But recently Thursby expressed his preference that his bank’s development be organic not through acquisitions. Bucking the trend of other Gulf banks, NBAD has not sought out acquisition opportunities in order to expand from its home base. Unlike a few of its financial counterparts, the bank did not bid on Egypt’s Citigroup’s retail business when it came up for sale recently—although it does plan to carry out “an aggressive growth strategy” in Egypt, the first country outside of the UAE into which NBAD extended its reach back in the mid-1970s.

NBAD is backed by solid profits and growth, in part because of its relationship with the government of Abu Dhabi, for which NBAD is the principal banker. Large amounts of public spending have aided the bank’s success and placed it near the top in global rankings for bank stability and performance.

NBAD is also striving to be on the forefront of clean-energy development within the Gulf region. A recent report released by the bank indicated that the Gulf states, traditionally buoyed by oil and gas revenue and resistant to the nurture of competing energy sources that might threaten prosperity, are now viewing clean-energy sources as the way of the future because of increased efficiency at lower cost.

As Thursby wrote in the report, “It is very clear that renewables will be an established part of the global energy mix. Governments around the world, including the Gulf region, are setting out their ambitions for decarbonising their economies, and the global debate about energy has never been more intense.”

The report justified its support of renewable energy by emphasizing that the direction of new energy investment is headed toward renewables, that the costs associated with producing solar energy have dropped dramatically over the years so that the energy source is comparable with grid electricity, that the efficiency of wind-turbine technology has increased substantially since its inception while the costs associated with energy storage have decreased.

National Bank of Abu Dhabi seems poised to make inroads on many different fronts during the coming months as it seeks to grow new banking enterprises from the ground up in various parts of the world and back projects that are on the front line of clean-energy development.