Top Posts
Challenges Remain, But There Are Opportunities to Be Had in...
Interview with Mr. Olukayode Pitan, Chief Executive Officer and Managing...
Commodities Outlook for 2023
The Value of Cash in a Time of Crisis: How...
The US-Africa Leaders Summit: Fostering a Closer Relationship with the...
Three Key Sectors in Which to Invest in 2023
Home Banking New Windfall Tax Keeps the Lid on Hungary’s Banking-Sector Profits
Banking 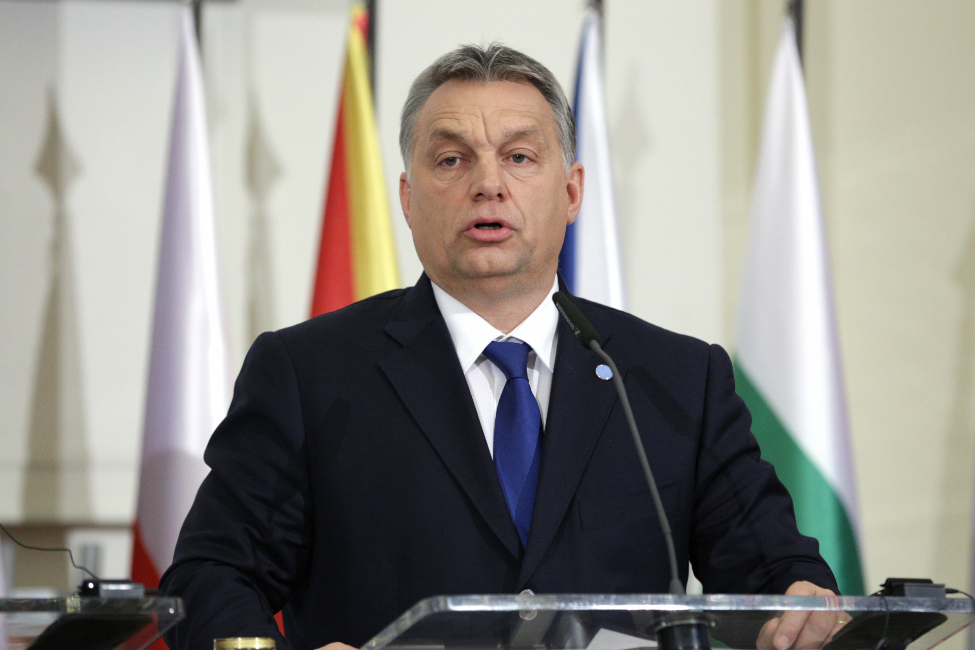 A painful war in Ukraine, surging inflation and fuel-supply issues are just some of the problems facing an increasingly vulnerable European economy today. And as economic conditions continue to deteriorate across the bloc, policymakers are presented with the major conundrum of what courses of action to take to alleviate the situation. Hungary’s government has taken the fiscal route, with banks among its chosen targets.

A windfall tax was unveiled in early June as part of a set of emergency measures invoked by Prime Minister Viktor Orbán as part of budget-consolidation efforts, which also include sweeping cuts to public spending to the tune of $6.1 billion. Orbán announced on his Facebook page that the banking sector and other industries have been generating “extra profits” from higher interest rates and banking fees, despite the challenging environment amid the war in Ukraine and accelerating inflation. As such, a temporary windfall tax will be imposed on those industries for 2022 and 2023 only, with the revenue to go into two funds to finance the cost of energy-price caps for households and the development of the Hungarian army. “We will oblige banks, insurers, large retail chains, the energy industry and trading firms, telecoms companies and airlines to pay a large part of their extra profits into two-state funds,” Orbán said.

The tax will mandate banks in Hungary to pay a 10-percent levy on net revenue this year, followed by a further 8 percent in 2023 in two equal tranches—the first tranche to be paid by October 10 of this year and the second by December 10. The banking sector will also have to contribute a further 300 billion forints per year on top of existing taxes, according to Economic Development Minister Marton Nagy, who said in late May that the windfall taxes across all sectors would generate 800 billion forints ($2.19 billion) annually this year and next. Banks and energy companies will contribute the bulk of the revenue from this tax, which in total is projected to account for some 40 percent of the government’s fiscal consolidation plan, Nagy confirmed, adding that the measures “only [take] the extraordinary profits—we do not think this should cause elevated prices on the consumer side, there should be no extra inflation nor slowing growth”. Spending cuts and savings will account for the remaining 60 percent of the plan.

“The levy on excess profits is fair since we’re not taking away all of the profit from anywhere, only a significant portion to meet our goals,” Cabinet Minister Gergely Gulyas said. Indeed, Lukas Freund, an associate at S&P Global Ratings, recently noted that Hungary has been notably profitable for banking, with margins and returns on equity (ROEs) considerably higher than those in neighbouring European markets.

Nonetheless, the windfall tax is set to severely erode those profits over the next couple of years, according to Jovan Sikimic, senior equity research analyst at Raiffeisen Research. Recent data from S&P Global Market Intelligence shows that the 250-billion-forint tax payment estimated for this year is the equivalent of about 37 percent of the banking sector’s net profits for 2021, as well as 11 percent of its net interest income (NII) and net fee and commissions income. “It seems that banks could [find] it difficult to mitigate the impact [of the tax] from the operational side,” Sikimic told S&P.

Indeed, banks are already feeling that impact. The Austrian lender Erste Group, which has a significant presence in Hungary, posted a net income of €6.6 million for its business in the country, which was a whopping 92 percent lower than a year earlier and can mainly be attributed to the tax, according to news agency MTI (Magyar Távirati Iroda). And Hungary’s largest financial institution, OTP Bank, will contribute 78.3 billion forints through the new tax, which is more than 31 percent of the estimated 250-billion-forint total, S&P added; the bank will list it as a lump sum in its second-quarter financial results. “OTP grew net profit 75.6 percent year over year in 2021 but reported a net loss for the first quarter of 2022, largely due to the conflict in Ukraine. OTP’s net profit for the year is set to reach 189 billion forints, according to analyst estimates provided by the bank, though just three of the eight estimates take into account the implications of the windfall tax.”

But despite the sizeable impact of the windfall tax over the next couple of years, Freund stated that he expects the Hungarian banking sector’s average return on equity to remain at 10 percent to 12 percent over the medium term. “The tax base is bottom line revenues instead of profits, which makes it somewhat worse as taxes are not necessarily tied to banks’ current economic situation,” Freund added.

Nonetheless, it should come as no surprise that the banks themselves have condemned the tax’s introduction. “The Hungarian banking sector is opposed to the introduction of new extra tax burdens,” the Hungarian Banking Association (AFCA) stated, noting that this new fiscal levy further limits banks’ ability to lend. It also highlighted that lenders in the country have already had to contend with “new tasks and tax burdens continuously since the 2008 global economic crisis”, including a temporary bank levy introduced in 2010, special fees for the National Deposit Insurance Fund, the Investor Protection Fund, the Resolution Fund and oversight, the cost of ensuring free cash withdrawals to clients twice a month and a duty on transactions.

The combination of all those burdens, along with this new windfall tax, will “endanger” the banking sector’s ability to be agents for economic development and act as intermediaries for capital, as well as giving foreign companies offering cross-border financial services “an unfair advantage”. The banking association stressed the banking sector’s crucial role to “maintain Hungary’s economic impetus after the pandemic and in the shadow of the war [in neighboring Ukraine]” while “supporting Hungarian companies’ regional activity through a recovery of competitiveness” and that those tasks can only be carried out “in the absence of extra tax burdens”, with the “full termination” of the repayment moratorium and the “convergence” of rates paid on mortgage loans under a government-mandated rate cap with market rates.

According to Alessandro Boratti, financial institutions analyst at Scope Ratings, small Hungarian banks’ lending capacity could be the most proportionally impacted by the new tax, given the weakening macroeconomic environment. But on a more positive note, Boratti told S&P that international banks based in Hungary would be unlikely to leave the country due to the new tax, although some groups may reconsider “if the risk/return profile ceases to be attractive”. And should a sale occur, Boratti added, domestic lenders would be among the most likely buyers.

Hungary is not the only European economy to recently introduce a windfall tax on its banking sector, it should also be observed. On July 13, Spain proposed levying a similar tax on its banking sector, which has reportedly come without much warning and has thus surprised Spanish lenders. A bill introduced to Parliament (Cortes Generales)seeks to impose a 4.8-percent tax on the banking sector’s profits, with Prime Minister Pedro Sánchez justifying the tax on the basis that it will constrain banks’ gains from rising interest rates. “We are asking big companies to ensure that any exceptional benefits obtained during the current circumstances are channelled back to workers,” Sánchez said following the revelation that inflation had surged to a 37-year high in June. The tax will be imposed in 2023 and 2024 and is estimated to generate €7 billion, €3 billion of which will come from the financial sector.

Should economic conditions continue to deteriorate across the eurozone, one might reasonably assume that more countries will take similar actions. But just as interest rates have started to rise, thus allowing banks to earn higher net interest margins (NIMs)—that is, the difference between the interest they charge on loans and the interest they pay out on deposits—it seems governments are intervening to maintain pressure on the sector. Europe’s banks “may well come under increasing taxation focus,” Goldman Sachs analysts recently observed. As such, “concerns that more countries could be added to the list” may make the sector less attractive for investors.