Top Posts
How Gamification is Catapulting Digital Banking to the Next Level
Challenges Remain, But There Are Opportunities to Be Had in...
Interview with Mr. Olukayode Pitan, Chief Executive Officer and Managing...
Commodities Outlook for 2023
The Value of Cash in a Time of Crisis: How...
The US-Africa Leaders Summit: Fostering a Closer Relationship with the...
Home Banking Open Banking Is Here to Stay
Banking

Open Banking Is Here to Stay 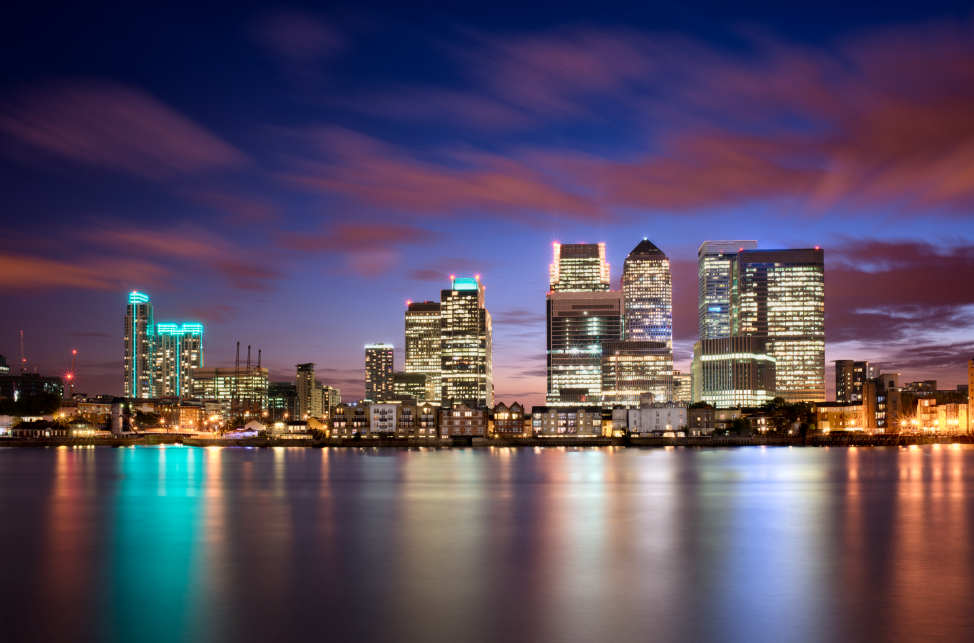 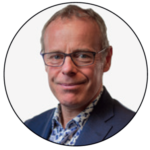 Since its inception in 2015 as a part of the European Parliament’s Payment Services Directive 2 (PSD2), Open Banking has had a slow start. Mick McAteer of the United Kingdom’s Financial Inclusion Centre called it a “daft idea”1 in 2017 and raised concerns that sharing data could harm customers. A study from Chicago Booth (the University of Chicago Booth School of Business)2 identified ways in which the structure of Open Banking leaves consumers and fintechs (financial-technology firms) “open to a number of externalities”. Despite there being 292 FCA (Financial Conduct Authority)-regulated Open Banking providers in the UK alone3 and many more overseas, there have been many opinion pieces written on how Open Banking has “struggled to take off”4 and that “a complete transformation of the (banking) industry has yet to materialise”5. Technical issues marred the API (application programming interface)-based access on which PSD2 depends, and a lack of consumer trust6 reduced the pool of potential customers, giving further credence to the idea that Open Banking is a buzz-term likely to be forgotten.

However, we at The Payments Association believe that the financial-services sector is at a tipping point for adopting Open Banking. Just as an innovation such as contactless payments existed for a decade before becoming widespread, Open Banking had a difficult start, but recent developments along with a surge in use cases could be enough to allow it to reach the point where it is part of everyday financial life for people worldwide. Combine that with the industry’s willingness to do whatever it takes to overcome concerns regarding consumer protection and innovations such as variable recurring payments (VRPs), and the trickle could become a flood far sooner than sceptics expect.

At the core of Open Banking is the belief that a customer’s financial data belongs to him or her and not the financial institution that holds it. While in previous years, a loan provider would have had to use various intermediaries such as credit-rating agencies and information such as a borrower’s salary to decide whether a person could take out a loan, with Open Banking that borrower can allow the lender to take a look into his or her personal finances and make a decision based on real information. Open Banking also allows for payments to be made from account to account without intermediaries. This, in turn, increases financial inclusion—individuals and small businesses that might be excluded from certain financial products because of lack of information about their finances will be able to give companies access to the raw data about their finances.

This fresh conception of data ownership means that there are new roles for banks, fintechs and other members of the financial ecosystem to play. In many jurisdictions, those roles are heavily regulated, often in different ways; so, as a result, Open Banking has evolved at different speeds and in different ways from one country to another. 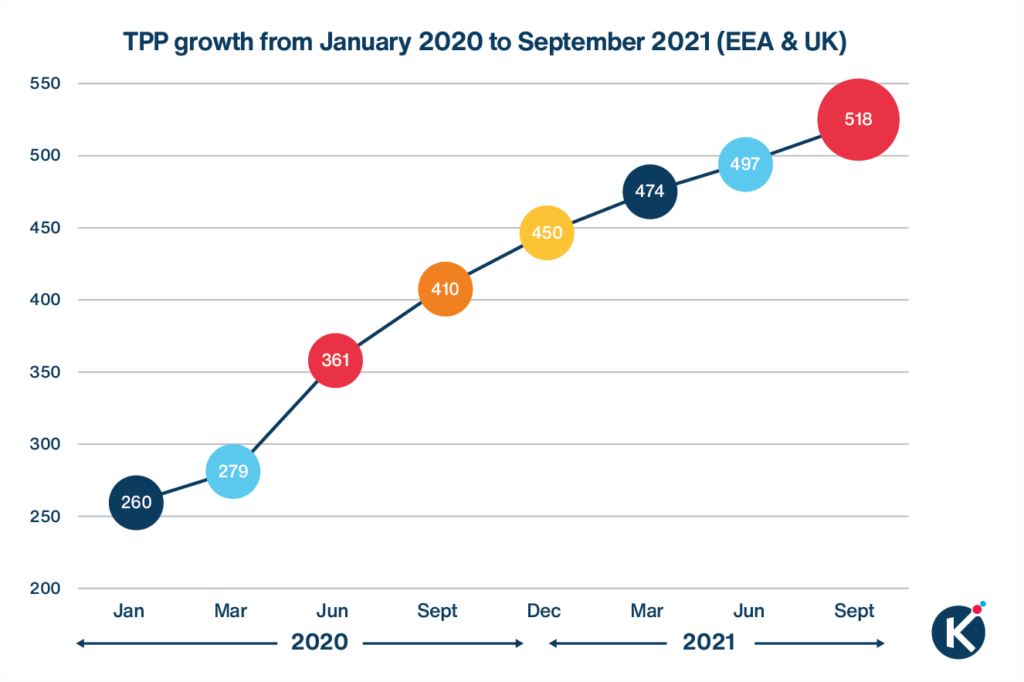 Making the case to end-users

Open Banking still has the potential to become a frequently used feature in many people’s lives. The technical hurdles to widespread adoption are being ironed out, not only giving customers confidence that they can use Open Banking but allowing fintechs and challenger banks to develop innovative uses for the technology that could become overnight successes. The huge growth of the Buy Now, Pay Later (BNPL) sector is one example of how new technology can become widespread extremely quickly. In October 2021, Klarna’s co-founder announced in response to criticism of its BNPL approval policy that Klarna would more frequently use permissioned access to data from a purchaser’s bank-account information to improve the quality of its debt-authorisation process.

We are also seeing applications that go beyond making payments. For example, the UK’s successful Compare the Market8 and the smaller fintech Snoop9 have developed services that monitor outgoings for electricity, broadband and similar services and then alert users if they can save money by switching providers. Retail banks can offer their customers subscription-management services, scanning their accounts for subscriptions and allowing them to close any subscriptions that they no longer use.

Of course, there are also many use cases for small businesses. The fact that payments can be made without fees is already attractive to companies wishing to increase margins that have been stretched thin by the recent pandemic. But there are also other uses for Open Banking for SMEs (small and medium-sized enterprises). Financial management can be made much easier, and therefore quicker and cheaper, by linking bank accounts and accounting systems through Open Banking protocols; Xero10 and QuickBooks11 have already incorporated this functionality, and newer players such as Coconut12 and Tide13 have also launched innovative new propositions using this capability.

The sheer numbers of existing Open Banking applications and new ones appearing every day point to a technology that will find not just one niche but many niches. The question of whether individuals and small businesses will accept Open Banking is perhaps the wrong one: It is not that they need to be convinced that there is value in the PSD2 protocols or that their banking information can be safely shared with third-party providers but that there are applications of Open Banking technology out there that make their lives easier, cheaper and more convenient, whether that means switching to a challenger bank with a host of personal financial-management tools or checking that they have the best deal on their car insurance.

What we will see is the creation of an ecosystem of Open Banking-enabled products, many of them also incorporating new technologies such as artificial intelligence and decentralised finance. As in any new ecosystem, some participants will thrive, and others will fail. But now that the technical and regulatory challenges of Open Banking have been largely resolved, we can look forward to it becoming a key part of our lives.

1 BBC: “Money changing: Everything we knew about money is up for grabs. So will we end up smiling?”, Kevin Peachey.
2 Chicago Booth Review: “How open banking could backfire,” Emily Lambert, April 13, 2021.
3 Open Banking: “Regulated Providers.”
4 Moorwand: “Open banking has struggled to take off in the UK, but could this change?”, December 2, 2020.
5 Raconteur: “How is open banking progressing in the UK?”, Jonathan Weinberg, November 8, 2020.
6 ING: “ING survey: We’re still suspicious about Open Banking,” October 6, 2020.
7 Open Banking: “Regulated Providers.”
8 Compare the Market: “Good things happen when you meerkat.”
9 Snoop: “Meet Snoop. Your very own Robot Hood.”
10 Xero: “Open Banking.”
11 QuickBooks: “Open Banking/Bank Connections: Get the full picture of your business finances.”
12 Coconut: “The smart bookkeeping and tax app for sole traders.”
13 Tide: “Business Bank Account: Ready for Business.”

ABOUT THE AUTHOR
Tony Craddock is Director General at the Payments Association (formerly the Emerging Payments Association {EPA}). Launched in 2012, the community promotes the United Kingdom as a global hub for payments innovation and the interests of its 150-plus members, which all come together to drive collective industry change.
Back To Top
Competition and Markets Authority (CMA)Consumer Financial Protection Bureau (CFPB)Dodd-Frank ActEuropean UnionOpen BankingPSD2The Payments AssociationTony Craddock
0 comment 0 FacebookTwitterPinterestEmail
previous post

The New Warriors on the Currency Battlefield: CBDCs

SWIFT: Leaning in Hard on the Future to Ensure an Inclusive Global Economy