Top Posts
Crypto-assets and the Relevance of International Private Law
Whither International Banking Regulation?
Interview with Mr. Selman Bicaco Urrutia, Head of Private Banking...
Interview with Ms. Jelena Galić, Chairperson of the Board of...
The International Banker 2022 Western & Eastern European Awards Winners
Why the Status of the Fifth-Largest Economy Is a Job...
Home Banking Open Banking: The End of Vertical Integration in Financial Services
Banking

Open Banking: The End of Vertical Integration in Financial Services 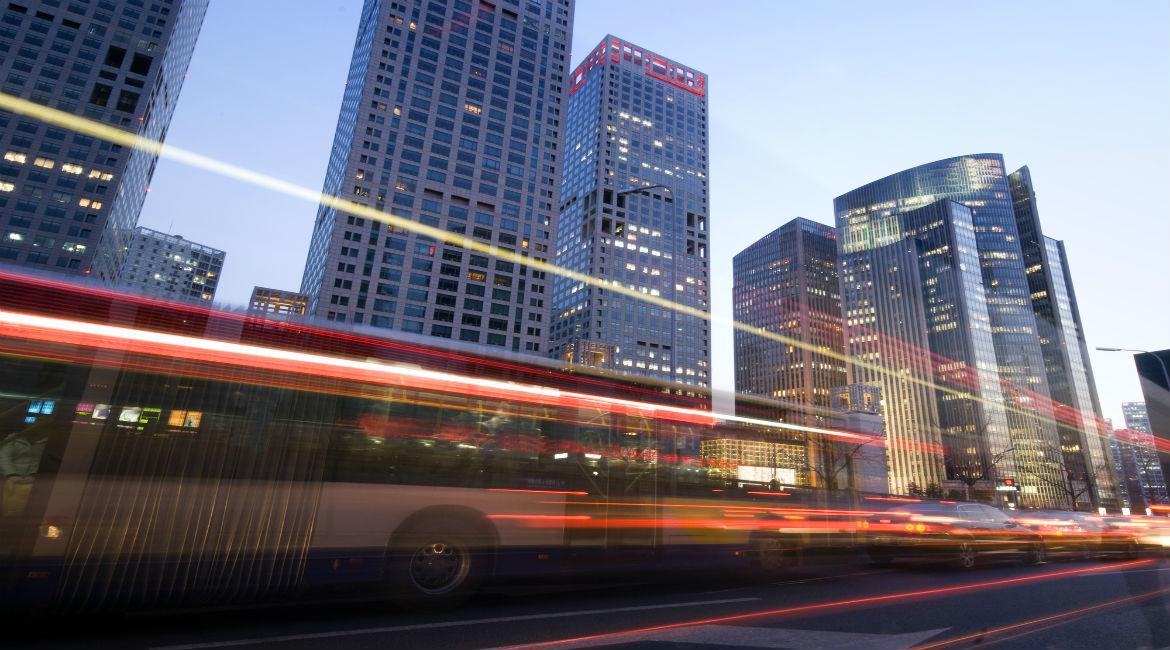 By Gianluca Corradi, Head of Banking UK and

A hundred years ago, the motor industry’s supplier network was too small to cope with growing demand. Henry Ford decided the solution was to own the whole value chain. He bought and established coal and iron-ore mines, rubber plantations, a railroad, freighters, sawmills and numerous other suppliers to keep the largest car company in the world running. It was a success, helping the Ford Motor Company become arguably the most influential business of the 20th century. Competitors followed suit, and for the next half a century, vertical integration became the gold standard of business strategy.

But times have changed. As the global economy became increasingly interlinked, vertically integrated companies simply weren’t as efficient as their specialized counterparts. In the past four decades, vertical integration has fallen out of favour. Nowadays, almost every part in a Ford car comes from an external supplier.

Banks are the exception. In most cases, they continue to operate like the Ford Motor Company of the early 20th century, maintaining full control of their entire value chains. Open Banking will change that. Just as globalization disrupted and revolutionised supply chains across all sectors, Open Banking will allow banks—force banks, in fact—to work with each other and with firms outside the financial sector like they haven’t before.

It is easy to forget in an age of pervasive third-party apps that not so long ago the computer industry was a model of vertical integration. IBM manufactured all of its equipment, wrote all of its code, taught computer courses and provided consulting services. Then came Intel and Microsoft, among others. Intel specialized in computer chip design. Microsoft specialized in operating systems and applications. IBM simply couldn’t compete with nimbler and less diversified competitors, and it was almost destroyed as a result. It survived by prioritizing its competitive advantage. It focused on providing integrated computing solutions to businesses.

If IBM had realized sooner that vertical integration was on its way out in the computer industry and acted, it might have had a different story. It could have leveraged its dominant market position to become an ecosystem for its competitors. Instead, it didn’t react to the change until the only advantage it had left was its ability to integrate computer systems for large businesses. It survived the industry’s paradigm shift—when it could have thrived.

Banks that are complacent about the coming change, such as IBM before them, should rethink their strategies. It will not be enough to be average at everything but excellent at nothing when customers across all sectors will have the ability to pick and choose the best available component for each aspect of their financial needs.

All primary banking activity can be divided into three roles: supplier, producer and retailer. Currently, almost every bank performs all three roles. They supply resources, data and core competencies—such as risk management, KYC (know your customer) procedures and balance sheet. Internally, they produce products, such as mortgages, personal loans and technical tools. And they retail through branch, telephony, online and mobile channels. To respond to the coming change, banks need to know for which of those roles they have significant competitive advantage and take a corresponding strategic approach. Similar to recognizing their strengths, banks must recognize their weaknesses and improve, or more likely outsource when necessary.

If a bank has technological or data advantages, either due to technical capabilities or sheer data quantity, it can fill a supplier role by directly selling data to third parties or using its positioning to create partnerships with large companies outside of the financial sector.

An interesting example of a supplier role and of working with a company outside the financial sector is Fidor Bank and O2 Telefónica’s partnership in Germany. Fidor Bank has white-labelled its entire digital bank to O2 Telefónica. Fidor Bank is prioritizing its advantages—which are its core competencies, technology and banking license—while outsourcing its weaknesses—which is Fidor’s relatively small reach and lack of established customer base—to O2. It provides the analysis and technology to O2, and in exchange, O2, although not a bank, takes on the role of retailer.

BBVA (Banco Bilbao Vizcaya Argentaria) in Spain is another example of supplier positioning within the value chain. The key strategic advantage of a bank such as BBVA is its huge database of customer behaviours. Clearly, this has an intrinsic value to all of the companies that are aiming to develop new financial products to better satisfy customer needs. By developing a sandbox environment and selling API (application programming interface) access to fintechs and other third parties, BBVA is essentially supplying them with valuable information, and it is monetising its competitive advantage effectively through an API-based pricing model.

If a financial institution, whether a bank or a fintech, innovates faster than its peers, either through new products or improved analytics, it can fill a producer role by developing new products and services and retailing those through third parties’ channels.

A good example of a bank assuming a producer role is Commonwealth Bank in Australia. It built a property-guide app that uses augmented reality and external databases to offer customers an innovative service. Through the app, customers can simply point their phones at properties in which they are interested, and they can check in real-time the history of the buildings, the previous transaction prices and a whole set of relevant information useful for taking an informed decision regarding the purchase. This move into the software space is part of a strategic plan by Commonwealth Bank to protect its core business. Essentially, by using this app, Commonwealth increases dramatically the probability of having customers apply for mortgages instead of going to competitors. By prioritizing an innovative tool that other banks don’t offer, Commonwealth Bank established a niche competitive advantage.

There are signs of the producer role expanding in the United States. JPMorgan Chase is discussing with Amazon providing a checking account for Amazon to offer to its customers. The key thinking behind this strategic move, whether it goes ahead or not, is that no matter how big JPMorgan is in the US, it will always have fewer customers and less reach than Amazon. So to win market share at the expense of other banking competitors, it is exploring partnerships with third parties but keeping the “production” of the service internally.

Marcus, the retail brand of investment-banking powerhouse Goldman Sachs, and Apple have already agreed to launch a joint credit card under the Apple Pay brand next year. As a new brand on the street, Marcus has opted to become more of a producer rather than a retailer of financial products by tapping into indirect channels to increase its scale. Nowadays, and even more in the future, challenger banks might give up the direct approach to end customers and work with partners instead.

If a bank enjoys an engaged and significant customer base, is recognized to have a better user experience and is a trusted brand, it can fill a retailer role by integrating third-party products and services into a seamless digital customer journey.

This is already widespread for small-business banking. Barclays, HSBC and Santander in the United Kingdom all have their own versions of a business dashboard with third-party apps already integrated in.

With the advent of Open Banking, the retail-banking market is ripe for an expansion of the retailer role. Starling Bank, a UK digital disruptor, has the basic core functionality of a producer and a developer but is pursuing a primarily retail role. Its Starling Bank marketplace, utilizing third-party providers such as Wealthsimple, Habito and AXA, is becoming a complete one-stop shop for a consumer’s entire financial life. This should be of particular concern to traditional banks. Traditional banks still are in a better position to adopt a retailer role due to their size and brand trust, but if they do not take advantage of their current position then challengers may overtake them.

Vertical integration in banking is on its way out, and the way to survive and thrive is to learn from non-finance sector counterparts. Banks need to be prepared to prioritize their strengths and outsource their weaknesses to keep generating return on equity for their shareholders.

Change won’t happen overnight, but there are investments that banks should make now in order to be ready.

Banks with a “supplier” advantage should maximise connectivity and facilitate access to their data from third parties. APIs are going to be an integral part of the strategy to win in this space. Cultivating a community of developers, from the garage-based start-up to larger organisations, is crucial for the bank to be perceived as the number one provider of data and competencies.

Banks with a “producer” advantage should also think of connectivity but in a slightly different way. They should build channels to ingest suppliers’ data and therefore have a broad set of information to develop more sophisticated financial products in line with evolving customer needs. At the same time, they should look at the other end of the value chain and establish close partnerships with large retailers to maximise the reach of their financial products to the end customer. From an internal organisation’s perspective, investing in agile innovation, test and learn approaches, and advanced data analytics will constitute defendable competitive advantages in the near future.

Banks with a “retailer” advantage should be investing heavily in their digital customer journeys to minimise friction at point of sale. The smartphone market has taught us how vital it is to create a healthy app ecosystem early in order to successfully compete when filling a marketplace role. So, retailer banks should focus on bringing as many third parties as possible and invest in a process to screen and compare third-party offerings in order to create a one-stop shop. Their aim should be to prioritize the customer’s needs above all else, even if it means suggesting a competitor’s product. Banks in this role, ultimately, should see themselves more as advisors to the end customer.

Nowadays, it is popular to compare incumbent banks and new fintechs and engage in endless discussions on which of these categories will win in the future. We at Simon-Kucher & Partners are of a different opinion. In the future, the world will be divided between banks and fintechs that have changed early and have succeeded, and banks and fintechs that have been complacent and didn’t have enough willingness to innovate. Where would you like your firm to be?

Wonderful article! We will be linking to this particularly great post
on our site. Keep up the good writing.