Top Posts
Crypto-assets and the Relevance of International Private Law
Whither International Banking Regulation?
Interview with Mr. Selman Bicaco Urrutia, Head of Private Banking...
Interview with Ms. Jelena Galić, Chairperson of the Board of...
The International Banker 2022 Western & Eastern European Awards Winners
Why the Status of the Fifth-Largest Economy Is a Job...
Home Banking Political Risk Lingers over Guatemala’s Banking Sector
Banking 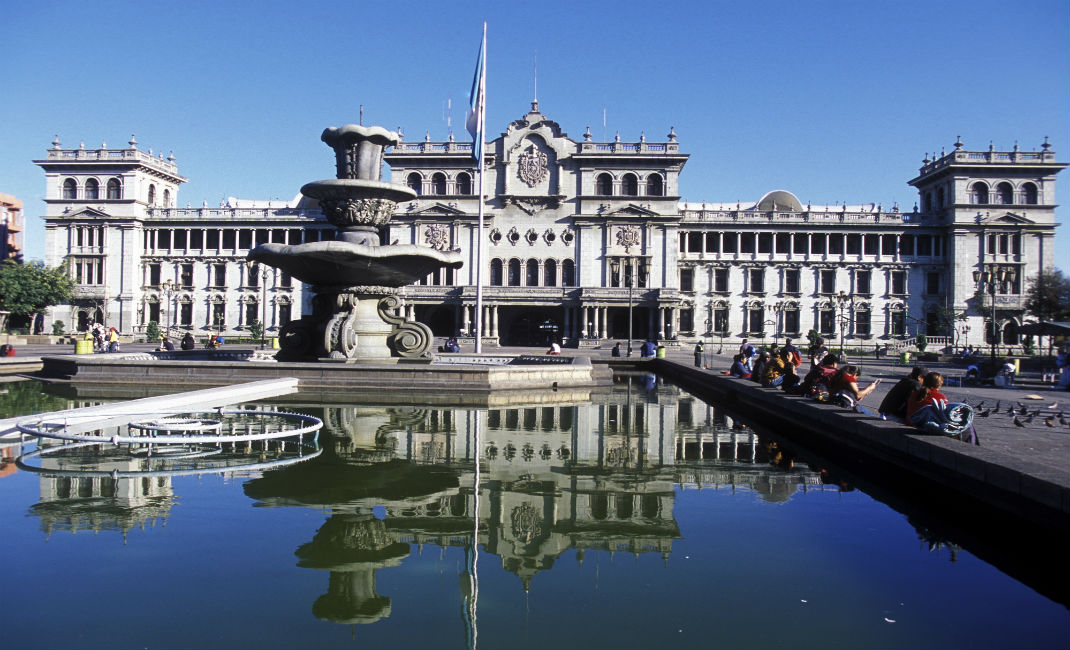 Guatemala’s private exchange and banking sector have both groaned into 2018 with a long road ahead of them. Plagued by persistent underperformance, the country’s markets have suffered from political instability impacting its private exchanges. At the crux of this maelstrom is Guatemalan President Jimmy Morales, who is now at the center of corruption and fraud charges by both domestic and foreign investigators—despite explicitly running on an anti-corruption and fraud campaign. While protestors on the streets are still calling for his ouster, conditions will likely not improve until there is material change in the country’s capacity to reduce political uncertainty and instability.

A bevy of political risks characterizes the Guatemalan market for investors. While the country has been on an upward trajectory, it is not without systemic pitfalls that limit its growth and attractiveness. For instance, endemic corruption persists—lowering confidence in the country’s institutions and reducing its soft infrastructure. This causes the country’s credit ratings to fluctuate intermittently from negative to stable—as was the case for Standard and Poor’s when comparing Guatemala’s 2016 and 2017 results.

The steady stream of disturbances in recent years has yielded chronic underperformance from Central America’s largest economy. With plenty of potential, thanks to its relative size, proximity to Mexican and US markets, and abundance of resources, Guatemala’s economic and credit performance should be leagues ahead of its Central American cohorts. However, political malaise has taken hold in the country’s upper echelons, stunting growth and limiting performance.

Year-to-date, trading for Banco de Guatemala—the national bank—stocks are up from their position in 2017. However, the recent court decision to uphold a Tahoe Resources mining suspension seems to have sent trading into a tailspin. Moreover, the country’s private stock exchange has seen an overall decline of almost 2 percent in the 12-month period. All told, the Bolsa de Valores Nacional (BVNSA), the country’s stock exchange, has suffered from mixed results as foreign capital seems eager to enter the country but has little appetite for the risks endemic to the Guatemalan system.

Capital markets in the country are still underdeveloped despite a relatively stable banking system. The 18 commercial banks control approximately US$37.3 billion—with 88 percent held by the six largest Guatemalan banks. A list of private financial institutions, exchange houses and financial groups also round out the cast of financial actors regulated by the Superintendent of Banks.

While the financial sector shows signs of robust infrastructure, the lack of a consistent regulatory regime creates uncertainty for those companies looking to harness the country’s profit potential. This is not to suggest that the country’s government has not made important strides to close the regulatory gap—financial reforms were enacted in 2001, 2002 and 2012—but a greater effort must be seen to reduce corruption and graft.

The instability reaches deeper than external markets, however. The 2015 presidential election saw a populist wave shunt the country’s political elite from power and usher in President Jimmy Morales—a former comedian and television clown personality. His campaign—simply stating, “I’m not corrupt, and I’m not a thief”—helped to exemplify the country’s fatigue from decades of corruption and willingness to embrace a complete political outsider with no political experience.

Morales’ willingness to cooperate with the International Commission against Impunity in Guatemala (CICIG), a United Nations-backed anti-corruption task force, seemed to pacify many who were concerned with the recent shift in the country’s electoral landscape. The taskforce is headed by Colombian prosecutor Ivan Velazquez and boasts fervent support, both domestically and internationally. Operating within Guatemala for numerous years, the taskforce has been effective in rooting out and exposing corruption at all levels of government. When the taskforce set its sights on President Morales, however, the situation quickly turned sour, and Morales attempted to cast Velazquez from the country.

Instability took hold once again. The Guatemalan court swiftly blocked Velazquez’s expulsion, and protestors poured onto the streets to demand Morales’ resignation. At present, Morales, his son and his brother are all being either investigated or tried on fraud and corruption charges. While Morales faces charges regarding his campaign finances, his family members are being pursued for committing fraud against the country’s property registry.

To offset this level of domestic unpopularity, Morales opted to find international support when he aligned himself with US President Donald Trump on a major diplomatic decision. Following President Trump’s lead, Morales recognized Jerusalem as the Israeli capital. The move was countered by Middle Eastern protestors who began boycotting Guatemalan cardamom imports. Easily Guatemala’s most strategic partner, Morales’ move was meant to further approximate it to the United States. As US remittances are on course to pass $8 billion in 2017, they comprise roughly 75 percent of Guatemala’s budget. With an enormous sum of foreign investment contributing so substantially to the Guatemalan economy, it stands to reason that Morales would seek to preserve the relationship—despite political instability back home. Moreover, this ensures that there are not more exogenous economic pressures on Guatemala; if the remittances tap were closed, one could only imagine the domestic reaction from the protest-friendly Guatemalans.

But to further understand the conditions currently plaguing the Guatemalan market, attention must be paid to how these conditions affect its other revenue streams. A recent court decision approved the controversial suspension of a silver mine operated by Tahoe Resources. Two hundred and fifty jobs were cut at the Escobal silver mine in the wake of the decision. The suspension stems from allegations that the mine and the Guatemalan government failed to properly confer with the Xinca indigenous tribe prior to brokering the Escobal mine licence. With an additional 780 jobs on the line, the impact from the mine closure could be catastrophic to the local economy.

Residual potential has allowed Guatemala to perform positively over the past year, but this is a fortuitous situation that is unsustainable in the long-term. Ultimately, prolonged instability may result in further interruptions akin to the Tahoe Resources mining suspension. With such unpredictability hanging over the country’s operations, foreign investment will likely wane—leaving underdeveloped resources and US remittances as Guatemala’s principal means of revenue generation.

Unfortunately, that means the ouster of President Morales is the worst potential outcome from the current tranche of instability. The Guatemalan Congress has already passed a law that grants President Morales immunity from consequences related to campaign-finance violations. The stability of Guatemala’s soft infrastructure institutions needs to shine through for foreign markets to regain confidence in the country’s potential. This means that Morales must be beaten legally in a fair election—slated for 2019—with a focus on rooting out corruption and graft.

Amidst Regulatory Disruption, Panamanian Banking Sector on Track to Top Region in 2018

PSD2: How to Cross-sell in a Highly Competitive Environment