Top Posts
Western Banks Willing to Accept the Short-Term Pain of Russian...
Why the US Is Ramping Up Its Presence in Somalia...
How Technology Is Helping to Solve Global Supply-Chain Issues
UK Inflation Climbs to Fresh 40-Year High
Extended Reality and the Metaverse Are Leading Financial Services into...
Digital Currency: India’s Move Towards a Digital Financial System
Home Banking Political turmoil in Brazil impacts upon banking stocks
BankingBrokerage 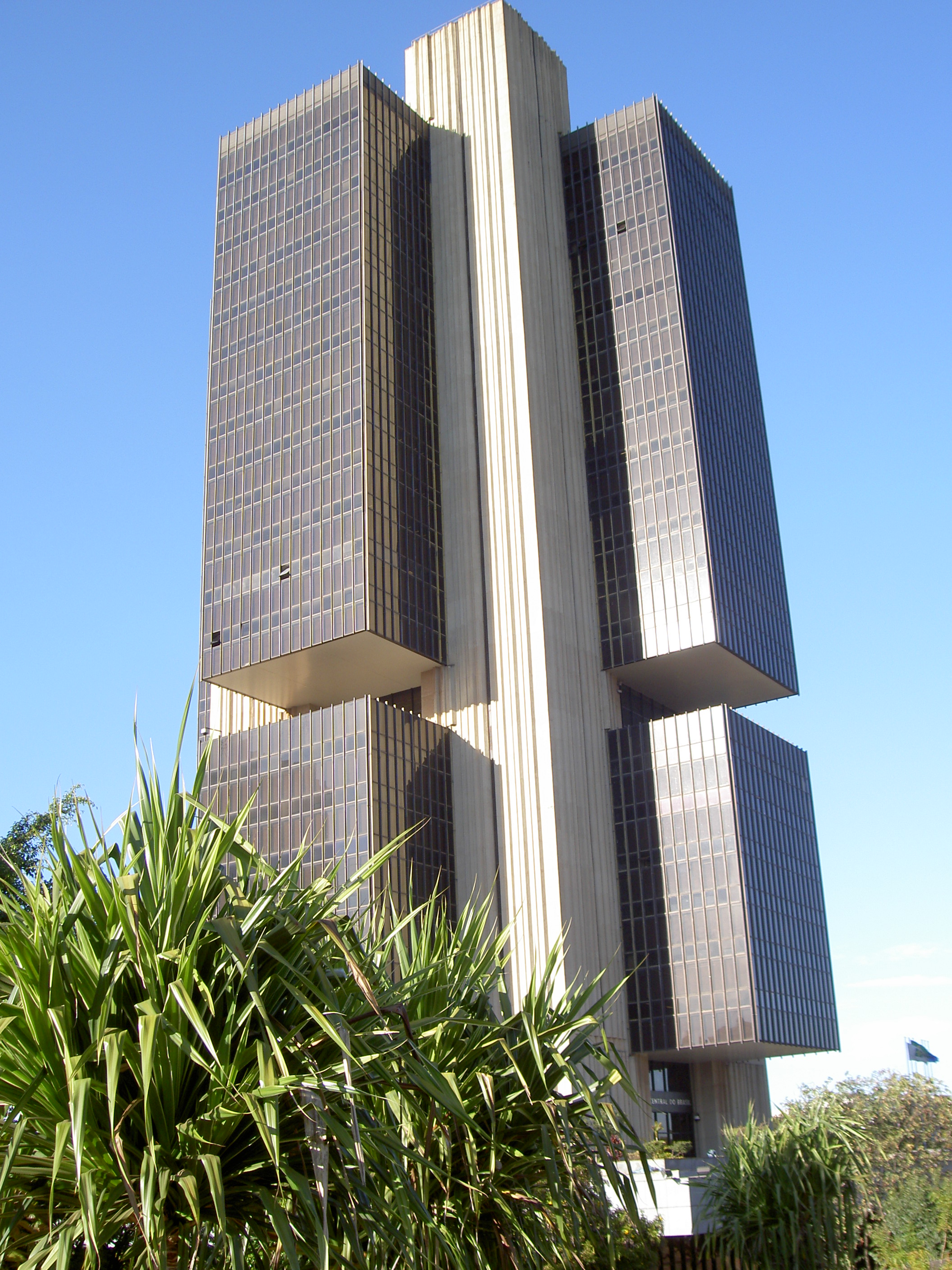 Brazil’s banking sector performed well during the global credit crisis and since the collapse of Lehman Brothers back in 2008, as its GDP continued to grow at an astonishing pace. In 2010, Brazil’s GDP grew by 7.5 percent, the highest in last three decades. Brazil was the star among the list of newly developed advanced economies, the BRICs. Its economic progress was so impressive that it was givien the honour of hosting the two most prestigious global events, the Football World Cup in 2014 and the Summer Olympics in 2016.

BRIC GPD Growth Rates (2008-2012)
Since President Luiz Inácio Lula da Silva left office in 2010 things haven’t been going so smoothly under newly elected Dilma Rousseff, who took office January 1st 2011. Although inflation came down from 6.64 percent to 5.4 percent, the contractionary monetary policy led Brazil to produce one of the lowest GDP growth rates among the BRIC countries as its economy grew by only 0.87 percent in 2012.

As the cost of living increased, compared to income, pubic unrest surfaced. Thousands of protesters occupied the streets complaining about degrading public services and allegations of corruption aimed at senior political figures. Moreover, actions such as “creative accounting” to measure fiscal targets instead of admitting failure has led to some within the investment community to lose faith in political authority of Brazil. 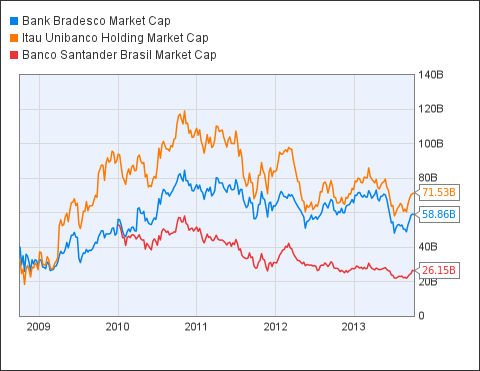 The Economic slowdown and political unrest is challenging the Brazilian commercial banking sector. Since the new administration took office in 2011, some of the Brazil top banks have lost market capitalization by more than 50 percent (Figure 2).

The large swings and erratic market performance in Brazil have made leading international banks reconsider the viability of their local operations. For indeginous banks, there is no option to simply close shop during political and economic unrest. According to chief operating officer of BTG Pactual, Mr. Roberto Sallouti, the current situation is similar to 2008-09 when global banking giants stepped out of Latin America and left a void, that these local banks exploited the opportunity and substantialy grew. He believes that as global giants leave Brazil due to political unrest and gloomy economic forecast, their market share will be up for grab by local players in the coming months.

Banco Central Do Brazil, the central bank of Brazil has been hiking interest rates since early 2012 to curb inflation. However, after a brief decline in early 2013, it is again on the rise. (Figure 3). Credit expansion is likely to be slower under current circumstances compared to the previous booming decade. One interesting aspect of banking sector in Brazil is that government owned banks have almost 50 percent market share in the lending market. However, during this credit crunch, efficient private sector banks are more likely to secure customers compared to their bureaucratic state owned counterparts. In a press statement, chief of the Brazilian central bank, Mr. Alexandre Tombini mentioned that he expects the private banks to expand lending by 14 percent in 2013. 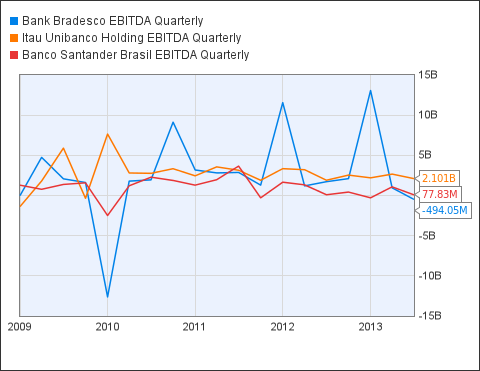 Although Bank Bradesco has seen major EBITDA swings Itau Unibanco and Santander, in Brazil, have been relatively stable as far as quarterly earnings are concerned over the last four years. With the prospect of global giants leaving the field, and a contracting lending market, the last quarter of 2013 will be the time when local banks will go hunting, to gain a larger market share.

Despite the government claiming over 36 percent of GDP value as tax, Brazil is still the world’s third-biggest exporter of food grains. By 2020, its oil exports are forecasted to become considerable as well. While the political situation is leading its market to plummet, the long-term macroeconomic factors are still indicating that Brazil will likely stay as one of the rising stars of global economic recovery and the financial sector will play a critical role. With relatively stable earnings over the past year during political unrest, Brazil’s banking sector is likely a victim of herd mentality and panic sell. While it is too early to forecast how the economy and the banking sector will perform, as its central bank is tightening credit, the fundamentals of the overall economy suggest that with a hint of common sense from political leadership and some economic reform can easily turn the table on this recession in Brazil.

Out of this world

4 Lessons for Buying Fine Art on a Budget