Top Posts
The Curious Case of Low Bond Yields
The New Regulatory Environment for Banking in Digital Assets in...
The Amazon Forest Needs You, and Here Are Some of...
Corporate Banking Is Going Digital and Is in Search of...
Luxury Property Market in Milan
Putting Money Where the Stats Are: The Case for Gender-Balanced...
Home Banking Produbanco: Unwavering Commitment to Customers amid Ecuador’s Economic Turbulence
BankingCompanies

2015 was a year in which commodity prices around the world continued to plummet. Crude oil, in particular, dropped consistently throughout the year, which in turn had a severe impact on most export-led countries. Ecuador was no exception—the country fell into a recession by the third quarter, a recession that has remained to the present day. Despite the myriad of challenges that the banking sector endured as a result, however, Banco de la Producción S.A.-Produbanco has remained wholly focused on the four pillars of its long-term strategic plan—namely, to conduct responsible risk management; to expand its presence in personal banking, credit and debit cards, small and medium-sized enterprises (SMEs) and commercial middle market; to maintain its market dominance in corporate banking; and to be at the cutting edge of omnichannel banking. This strategy has yielded stellar results in the face of mounting operating challenges for Ecuadorian banking. 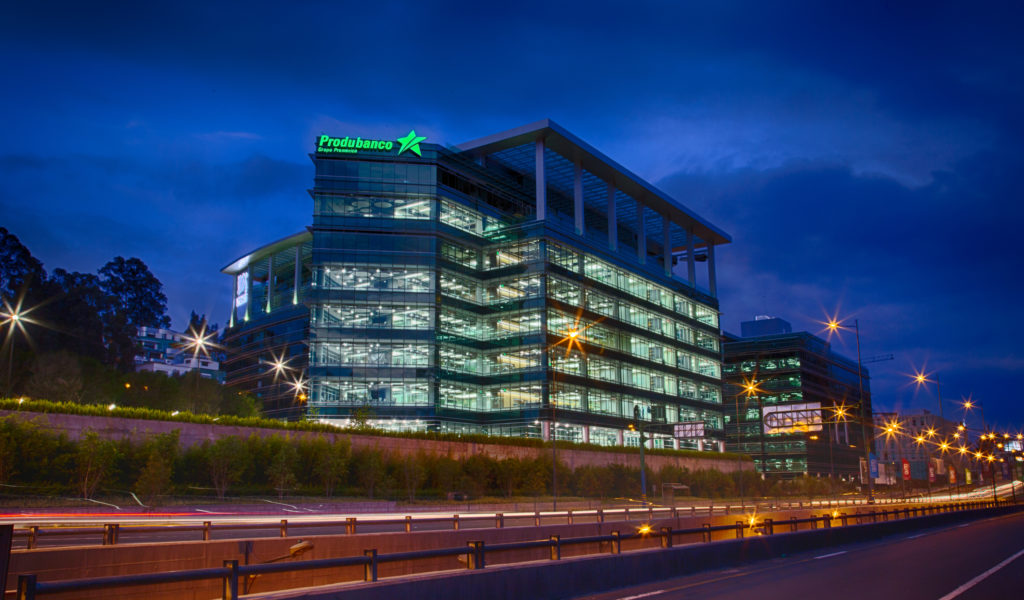 In terms of asset size, Produbanco is the third-largest commercial bank in the country at present. It is also part of Grupo Promerica, an international financial holding corporation with a visible banking presence in eight other Latin American countries: Costa Rica, El Salvador, Guatemala, Honduras, Cayman Islands, Nicaragua, Panama and the Dominican Republic. Incorporated in 1978 and headquartered in Ecuador’s capital city, Quito, Produbanco has shown tremendous capacity for growth over the years, to the extent that today it can boast of having an extensive network of 115  full-service branches, 67  transactional branches under its subsidiary brand Servipagos, 1,535  PagoAgil kiosks, and 300 multifunction ATMs, all of which sufficiently service close to 705,000 customers.

Indeed, it is the unwavering commitment towards those customers for which Produbanco is arguably best known, and which it considers its highest priority. The bank’s desire to provide the highest possible standards of customer service continues to remain unrivalled throughout Ecuador, especially when one observes the lengths to which it goes in order to cultivate the best, most fruitful relationships with each individual customer. In order to facilitate such an ethos, moreover, all available resources are called upon—whether in the form of many of the best banking professionals in the industry, or the smart utilisation of the latest technological resources. 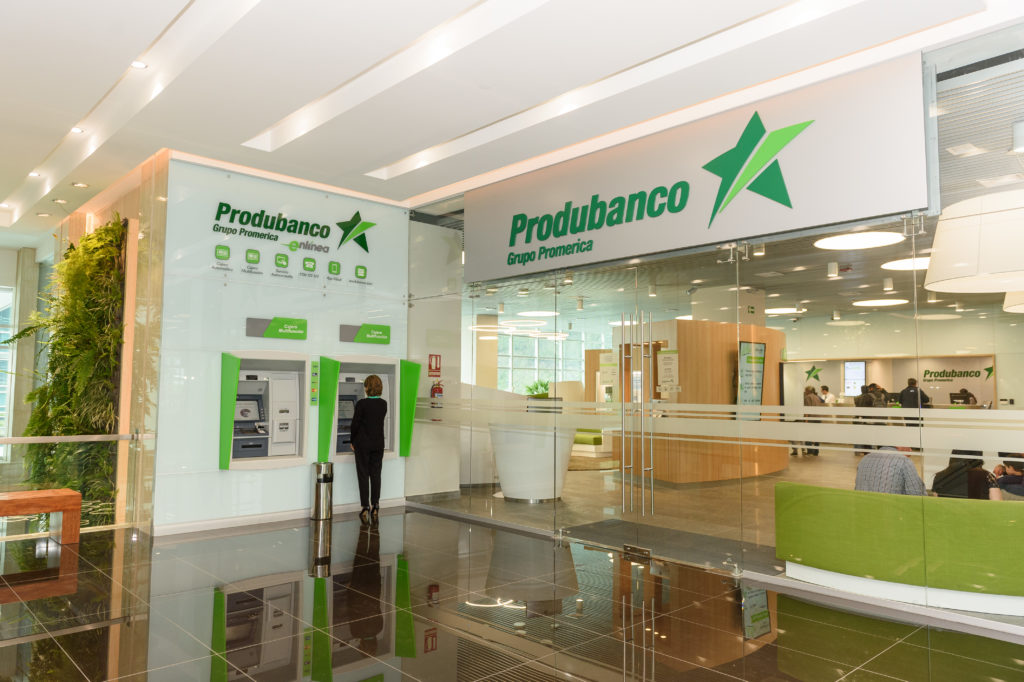 Through the strength of such customer relationships, moreover, Produbanco is now the seller of a remarkably diverse suite of products, each of which has been meticulously designed to satisfy the most pressing needs of specific customer segments. The corporate sector is the bank’s flagship market, one in which it is the country’s undisputed leader. Indeed, it is its excellence in this sector in particular that has earned Produbanco its reputation for possessing an avid lending appetite, despite the deterioration in operating conditions that continues to plague Ecuador’s banking sector. The combination of the Produbanco brand, its AAA- local risk rating (and solid B international rating, same as the country’s risk) and the sound backing it receives from parent company, Grupo Promerica, enabled the bank in 2015 to raise the financing lines of its correspondent banks by a further USD 50 million, which was assigned to credit lines for small, medium and large companies. Such credit expansion during tough times led to Produbanco receiving the award as The Most Active Lending Bank in the Andean Countries by the Trade Finance Facilitation Program, an agency that is backed by the Inter-American Development Bank, which in turn has been instrumental in structuring a range of financing products that were ultimately implemented by Produbanco. 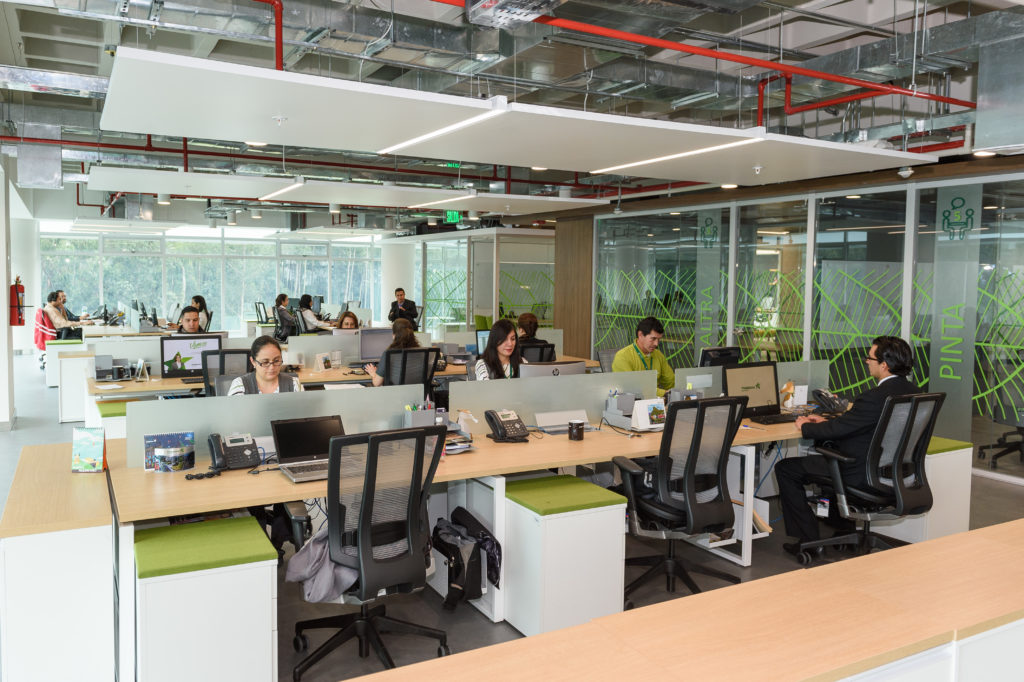 In terms of potential growth areas, Produbanco has specifically identified SMEs as its main target—a sector that is also a crucial growth engine for Ecuador’s economy overall. Produbanco´s SME banking unit provides a fast and flexible service to its SME customers, all the while providing an integrated advisory service that enables customers to capitalise on the expertise of the bank’s commercial team, as well as to enjoy a highly tailored portfolio of products that has been designed closely in response to the most common financial needs of SMEs. Last year saw Produbanco grow its presence in the SME banking sector by creating a suite of imaginative, specialized products, such as ones that include funding for working capital, fixed-asset financing, green lines and a focused credit card. 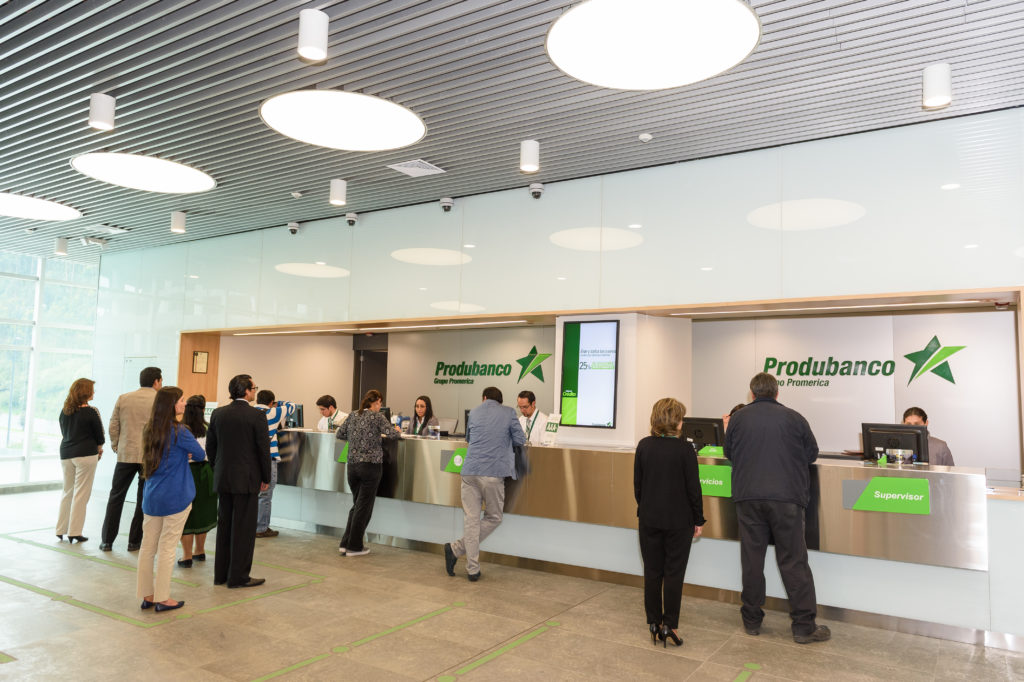 Retail banking is another area in which Produbanco continues to shine ever brighter. More recently, it has been mainly focusing on creating a single, cohesive brand experience for its customers, through which they can potentially gain access to the various benefits and products that are available. On this basis, therefore, the bank launched a handful of products that are designed to address the specific needs of its customers. For example, Ahorro Meta and FlexiAhorro savings accounts allow customers to choose the most suitable account according to its purpose, the term and the monthly deposit amounts. A variety of certificate-of-deposit options are also available, allowing holders to withdraw their deposits on specific dates. In addition, consumer credit, mortgages, auto loans, and credit and debit cards are all provided along with many of the very best loyalty programs in Ecuador, such as ProduMillas, MaxiDólar and Club Movistar. Its latest credit-card offering, Visa Infinite, deserves a particular mention, as it is among the most exclusive that is currently offered by Visa’s global franchise. Some of Grupo Promerica’s highest-tier clients can become holders of this card, which also comes loaded with a number of art-related benefits.

In addition to specific banking divisions, technology plays a pivotal role in Produbanco’s achieving its stated objectives. The bank has now established the solid foundations of its “omnichannel project”, which provides the customer with a consistent format for its banking services across all consumer devices. Thus it enables user-friendliness and usability irrespective of whether a customer wishes to access a service on a mobile phone or a desktop computer. As such, customers are given a seamless technological network on which to complete their bank transactions. Omnichannel’s success is evident by the fact that an astounding 125 million transactions were processed through the bank’s information technology (IT) channels during 2015, for example, confirming Produbanco’s position as a regional leader in the provision of electronic-banking solutions.

In terms of specific virtual service channels, moreover, the most crucial of Produbanco’s recent innovations has been the launch of its new mobile application, which allows customers to not only check their account and credit-card balances and transactions but also to make transfers, payments for services and airtime top-ups. Useful, pertinent banking information is also now at the customer’s fingertips, including the nearest locations of branches and ATMs, as well as information about the latest banking products and special offers.

Largely focusing on delivering financial education to various groups in Ecuador, Produbanco’s corporate-social-responsibility initiatives continue to achieve a slew of impressive results. Produbanco’s main approach is to raise awareness about the importance of personal finance, as well as to provide training on 15 practical aspects of daily finance, the use of e-channels and the safety measures that should be taken. Again, technology lies at the heart of this Produbanco endeavour, with the bank using several media channels to spread its message. 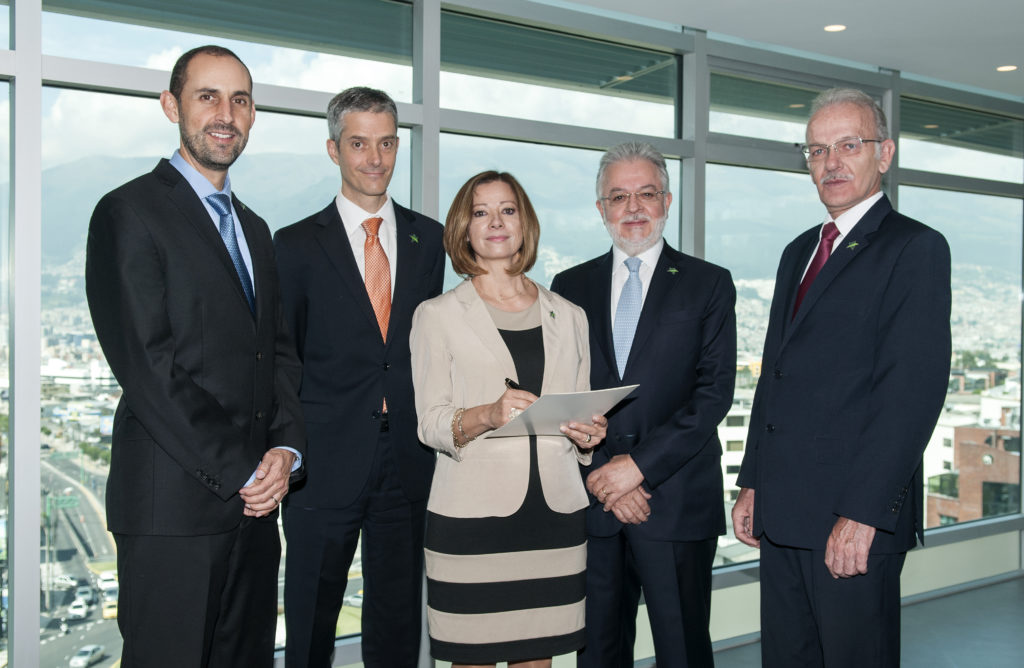 Elsewhere, Produbanco is heavily involved in assisting Ecuador’s underprivileged communities. Its most important association pertaining to such work is with the Su Cambio por el Cambio Foundation, through which it has provided crucial support in the rescue, education and re-insertion of approximately 6,000 vulnerable children and adolescents. It has also assisted in materially improving the quality of life for around 400 families stretched across 18 communities within the province of Bolívar, the poorest among all Ecuadorian provinces. In addition, more than 300 children and adolescents received important nutrition and dietary advice from the bank, while the care of 80 senior citizens was also supported. 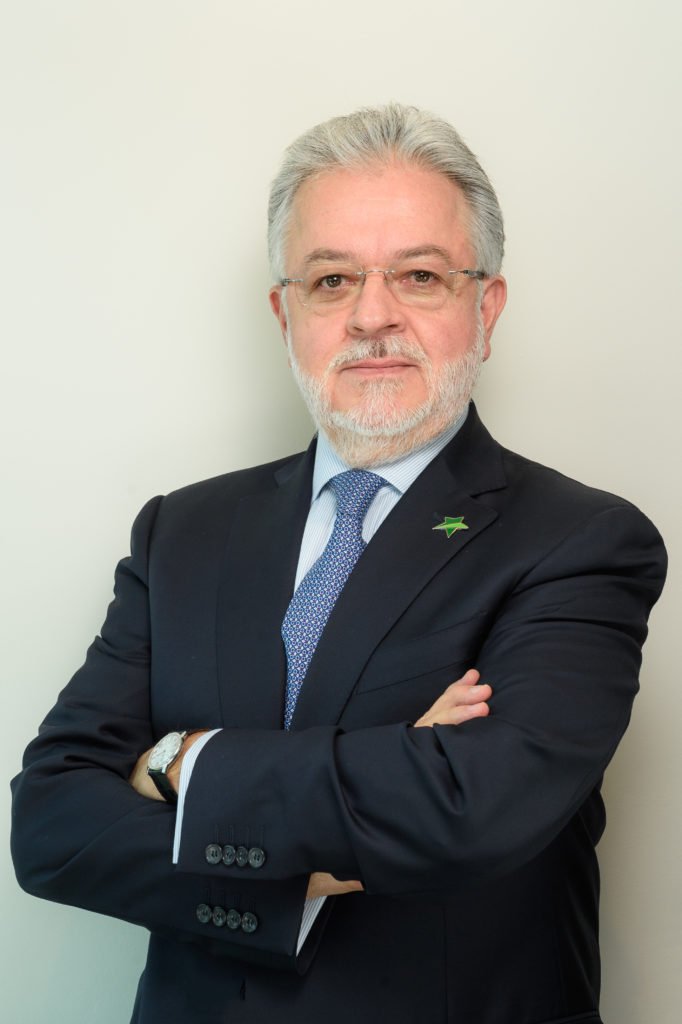 Produbanco is also at the forefront of the global shift towards clean-energy adoption—and away from activities that generate an abundance of carbon emissions. 2016 marked the second year in a row that it received a Carbon Neutral Certification, which is given to organisations that are intent on promoting activity that reduces and offsets carbon emissions generated by their own operations. The bank also runs several energy-awareness campaigns to ensure its employees have sufficient knowledge about their use of resources, especially pertaining to the use of paper, water and energy. Emissions have further been offset by Produbanco via the sponsorship of 950 hectares of forest in the Zamora province, which has enabled the bank to laudably offset 100 percent of its emissions. In so doing, the bank provides a shining example of ecological efficiency and of how to go about utilising resources carefully.

This year Produbanco will approach the halfway point in its aim to achieve its stated strategic objectives for 2015 to 2020. The objectives include the continuation of its customer-centred culture; enhancing inter-relationships between the different market segments and strengthening the relationships of existing customers; using the most innovative forms of technology available; and exploiting the strengths of the Produbanco brand and corporate image. Given that the successes the bank has recently achieved have been among its hardest won—especially when one evaluates them against the backdrop of Ecuador’s languishing economy in recent years—it would be reasonable to assume that the bank will prosper by an even greater degree going forward, as oil prices rise and the nation begins to recover. As such, one suspects that the best days continue to lie ahead for this Latin American powerhouse.

Ensuring Technology and Regulations are Powerful Allies with RegTech

Digital Transformation and Sustainability at Produbanco

Anticipating Customer Needs Is the Key to Success...

The Future of Banking in Ecuador—Accelerating Progress

I don’t know how is working the link, I was searching fro “Produbanco – Quito Ecuador” and appear International Banker. Can you explain to me how can I reach that bank. Thank you

Reply Retweet Favorite
The Amazon Forest Needs You, and Here Are Some of the Reasons Why By Maria Paula Bertran, Associate Professor and… https://t.co/senserY0n2

Reply Retweet Favorite
Putting Money Where the Stats Are: The Case for Gender-Balanced Investing By Nada Shousha, Vice-Chair, Egyptian Am… https://t.co/O6f1Z4IrVz