Top Posts
How Gamification is Catapulting Digital Banking to the Next Level
Challenges Remain, But There Are Opportunities to Be Had in...
Interview with Mr. Olukayode Pitan, Chief Executive Officer and Managing...
Commodities Outlook for 2023
The Value of Cash in a Time of Crisis: How...
The US-Africa Leaders Summit: Fostering a Closer Relationship with the...
Home Banking Quantum Computing: An Imminent Gamechanger for the Banking Industry?
Banking

Quantum Computing: An Imminent Gamechanger for the Banking Industry? 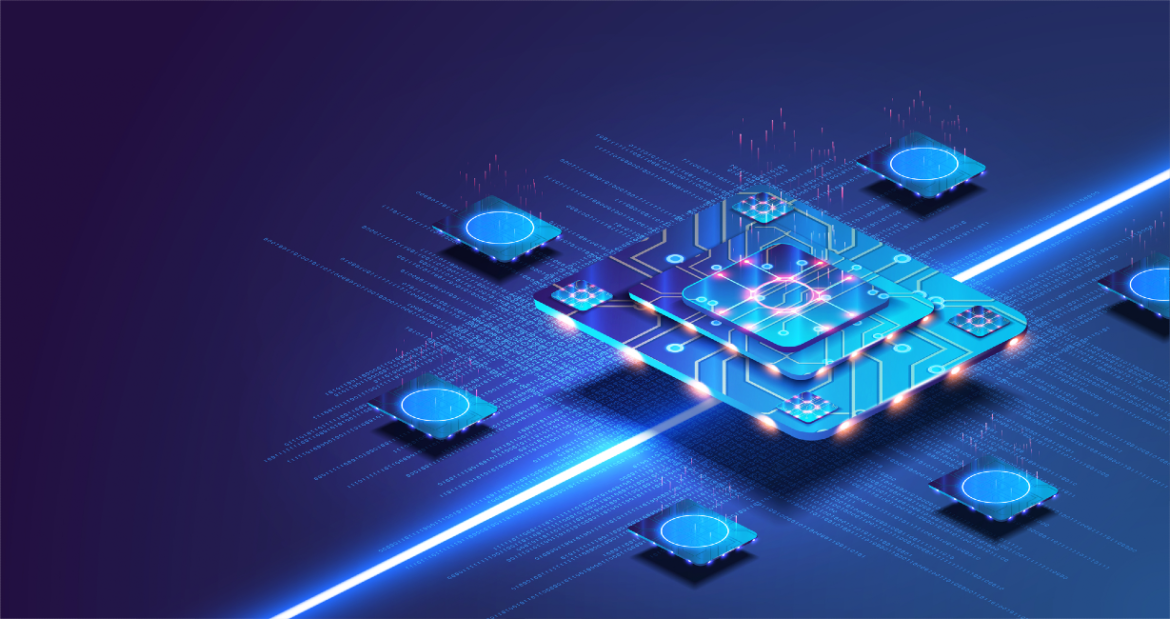 We are now witnessing a massive uptake of quantum-computing research and application on Wall Street. Indeed, the likes of JPMorgan Chase, Goldman Sachs, Citigroup and Wells Fargo, alongside the biggest banks in Europe and Asia, are spending significantly more than they were just a few years ago in pursuing quantum-powered solutions that will give them distinct computational advantages over their rivals. And as the research continues, we are on the verge of a quantum arms race within the banking industry.

Quantum computers can hold more data than the “classical” computers that we mostly use today through qubits (quantum bits). They can also process a vast array of complex computational problems with significantly more speed and fewer energy requirements; as such, they can solve several problems in a matter of seconds that are either beyond the capabilities of classical computers or will take them an inordinate amount of time to complete.

As such, the global banking system, among a number of key industries, could well experience significant performance gains over the next few years, thanks to the adoption of quantum computing. “In theory, quantum-forward banks could build trading strategies that offer better returns, quickly parse through different portfolio combinations to find the best mix of investments, and supercharge risk analysis for tasks like issuing credit,” technology market-intelligence firm CB Insights noted in November. “Though quantum computers won’t be better at everything—and the machines still face formidable technical challenges—they are expected to excel at quickly completing banks’ daily mathematical tasks, like Monte Carlo simulations (used to make predictions that better account for randomness) and optimization problems.”

Indeed, Monte Carlo simulation is among the most highly anticipated specific beneficiaries of quantum computing. Research by Goldman Sachs and quantum start-up QC Ware published in September 2021 found that quantum computers are now sufficiently powerful to demonstrate a quantum algorithm that could significantly accelerate such simulations, which, in turn, can be used to improve the often complex, resource-intensive and costly process of pricing derivatives contracts. “As part of our firm’s focus on delivering ever-increasing value for our clients, our research group has been making fundamental contributions to quantum technology. We are working toward enterprise use cases that could have significant impact on strategic investing decisions,” said William Zeng, head of quantum research at Goldman Sachs. “Working with IonQ has been essential for accessing the best quantum technology and accelerating our timeline.”

As such, progress could well be imminent allowing a bank to quote prices over the phone to customers looking to trade derivatives, according to Paul Burchard, head of research in Goldman’s Research and Development division, rather than having to wait several hours for computational tasks to be executed, as is the case at present. “There’s a very large computing bill we pay each year to price those derivatives and run risk on them,” Burchard told the Financial Times in April 2021.

Banks are thus already sitting up and taking notice of the potential efficiency gains and problem-solving capacity offered by quantum computing. And rather than simply waiting for the emergence of “quantum supremacy”—that is, the point at which a quantum computer can perform a computation that a classical computer cannot practically solve—they are recognising that investing in quantum research today and trying to derive marginal improvements from subsequent practical applications will be vital in gaining a competitive edge over their peers. “Due to their vastly greater power, quantum computers could deliver extraordinary developments for banking in areas like risk analytics, machine learning and cybersecurity. Most experts believe we are at least 10 years away from commercially viable quantum computers for general purposes, although recent advances hint at potential breakthroughs sooner,” Gustavo Ordonez-Sanz, HSBC’s former head of economic capital analytics, innovation and quantum computing lead, noted. “We need to embrace this technology, in line with the bank’s innovation agenda, keeping up with the latest developments and growing our internal knowledge to increase our readiness for the post-quantum world.”

Among the biggest concerns about quantum computing, however, is the power such machines hold that could conceivably enable them to initiate successful cyber-attacks on financial systems, possibly even some of the world’s most securely encrypted bank-security infrastructure. JPMorgan, however, is already looking to push back against this potentially disastrous eventuality. In February, a team of quantum engineers from the United States’ biggest bank—joined by colleagues from Japanese multinational conglomerate Toshiba and the US telecommunications firm Ciena—announced they had developed a powerful quantum key distribution (QKD) encryption network to protect blockchains from quantum-computing attacks. “Security is paramount for JPMorgan Chase,” said Marco Pistoia, head of JPMorgan Chase’s Future Lab for Applied Research and Engineering (FLARE) Group and one of the research leaders. “This work comes … as we continue to prepare for the introduction of production-quality quantum computers, which will change the security landscape of technologies like blockchain and cryptocurrency in the foreseeable future.”

According to a January report from Inside Quantum Technology, which provides market intelligence for quantum-technology markets, financial institutions’ global expenditure on quantum computing will exceed $630 million by 2027 and $2.2 billion by 2030. The report also predicted a major evolution of quantum computing in the financial-services sector from the “proof of concept” phase at present to widespread utilisation in about a decade, with significant usage within portfolio management and construction, currency arbitrage, fraud detection, trade settlements, analytics-driven CRM (customer relationship management), credit scoring, risk modelling, tax-loss harvesting and derivatives pricing.

“Financial service enterprises have invested significantly to identify specific use cases that will be most beneficial when quantum computing attains commercial grade scale. Managers in banks and related institutions are seeing machine learning as an early value deliverer since it can fit into a hybrid computing model combining quantum with classical computing,” according to the Inside Quantum Technology report. “Gradually, more applications for quantum computing will show how they can translate into value streams for the financial sector. In other words, as part of the sales process, potential end users must understand that buying into quantum technology will be useful to them.”

But the report also cites hardware limitations as a major roadblock facing the widespread adoption of quantum computing in the current climate. “There are sufficient proofs of concept to establish that quantum code works and brings significant value. Production usage of quantum computing in financial services is currently limited by hardware, based on our interviews. Financial services want their code to be hardware independent. This requires independent software stacks supporting familiar languages like Python, C++, etc.”

IBM expects quantum computing to play a central role in driving “the most significant computing revolution in 60 years” and has repeatedly claimed that it will deliver its 1,121-qubit Quantum Condor processor by 2023, which should, in turn, lead to practical application “characterized by systems executing error-corrected circuits and widespread adoption” by 2030. According to IBM’s general manager of systems strategy and development for enterprise security, Jamie Thomas, the company remains on schedule. “In terms of the roadmap around hardware, we put ourselves out there,” Thomas recently told the CUBE, the live tech channel from SiliconANGLE. “We said we were going to get to over a 1000 qubit machine and in 2023. So that’s our milestone, and we’ve got a number of steps we’ve outlined along that way.”

Such estimates can prove useful for financial institutions in terms of their pace of research and development into this technology. “Identify concrete areas of application! Venture into simulators with Qiskit, program with Silq, use Quantum Learning Machines (QLM) and cloud services to familiarize yourself with the use, programming and behavior of quantum computers!” Daniel Fasnacht, chief executive officer and founder of Swiss financial-consulting firm EcosystemPartners AG, advised in an article he wrote for Finextra in May 2021. “More importantly, prepare your IT landscape accordingly, as legacy concepts and architectures usually don’t provide the flexibility and connectivity needed to make sense of the quantum computing capabilities delivered ‘as a service’ in a meaningful and efficient way.”

Goldman Sachs, however, is predicting that quantum computing could make its debut by helping to solve some of the more complex calculations in financial markets within five years. Its research jointly conducted with QC Ware suggests programmers would be happy to give up much of the huge performance gains promised by quantum systems to see practical improvements being recorded much sooner than was previously envisaged. As such, it would seem the race for generating quantum advantages within the banking sector is now well and truly on.