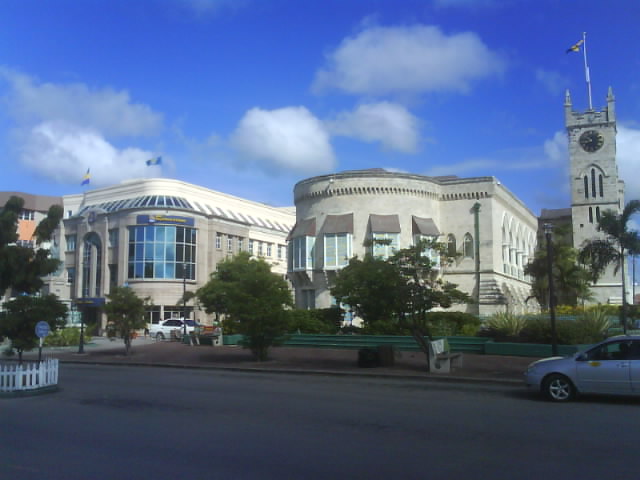 Royal Bank of Canada, Canada’s largest financial institution by most measures, is in the process of closing many, if not all, of its wealth-management offices in the Caribbean Community and in other parts of Latin America. This decision was made a few months ago, perhaps partly as a result of an alleged wash-trading scheme involving the bank’s branches in the Bahamas and Cayman Islands, for which the financial institution was fined $35 million by US regulators. The wisdom of the decision to move out of the area was confirmed recently by more trouble at the RBC Bahamas unit. According to an RBC spokeswoman, its Bahama’s trust subsidiary has now come under the fire of the French Public Prosecutor’s Office.

This new case involves RBC Bahamas’ role as trustee of a client’s trust that is now under the scrutiny of a French court for tax fraud and money laundering. Prosecutors are recommending that the wealth-management unit should face criminal charges for its involvement, accusing it of complicity in tax fraud complicity and “aggravated” money laundering. However, RBC Bahamas has made a submission to the investigating judge stating that its actions with regard to the trust were not criminal. They are awaiting the judge’s decision to either dismiss the charges or refer them to a French correctional tribunal for prosecution. If charges are brought before a French court, they plan to contest them, stating their involvement with the trust in question did not violate French laws.

RBC spokeswoman Claire Holland recently stressed in a statement that “it is important to note that we have not been charged in this matter”.

The Bahamas branch is still dealing with the aftermath of charges levied against it in a US CFTC (Commodity Futures Trading Commission) lawsuit, which alleged that from 2007 to 2010 RBC’s operations in the Bahamas and Cayman Islands were among the counterparties involved with more than 1,000 derivatives-trading transactions of shares of US and UK companies, conducted with the bank’s UK and Luxembourg units.

In 2013, RBC came under the spotlight of the US Office of the Comptroller of the Currency, which oversees US banks but also US subsidiaries of foreign banks. The Comptroller found RBC’s anti-money-laundering controls inadequate, and they ordered the bank to put corrective measures in place.

RBC continues to defend its position regarding money laundering, stating that it strives to work within the regulatory frameworks of every country in which it operates. But in November 2014, the bank announced that it planned to close its wealth-management offices in the Caribbean region, selling parts of its operations there, in order to increase its involvement with North American, European and Asian markets. There has been unproved speculation that the decision was prompted by investigations into supposed money-laundering activities within accounts held by a few of its operations in the area.

Banks worldwide, including in Canada, face increasing pressure by regulators at home and abroad to ensure that the accounts they hold are not used for money-laundering or terrorist-financing purposes. Defending themselves in these cases can be costly both in terms of finances and reputation.