Top Posts
Could Big Tech’s Iron Grip on Digital Advertising Soon Come...
Can Recent Oil Discoveries Prove to be a Boon for...
Is It Time to Explore an Alternative to Fractional-Reserve Banking?
Can AgTech Prove Instrumental in Helping to Feed the World’s...
Can the Indo-Pacific Economic Framework Expand US Economic Influence in...
Banks Remain Uniquely Vulnerable to Sophisticated Cyber-Attacks
Home Banking Recent Banking Sector Developments in the ASEAN Region
Banking 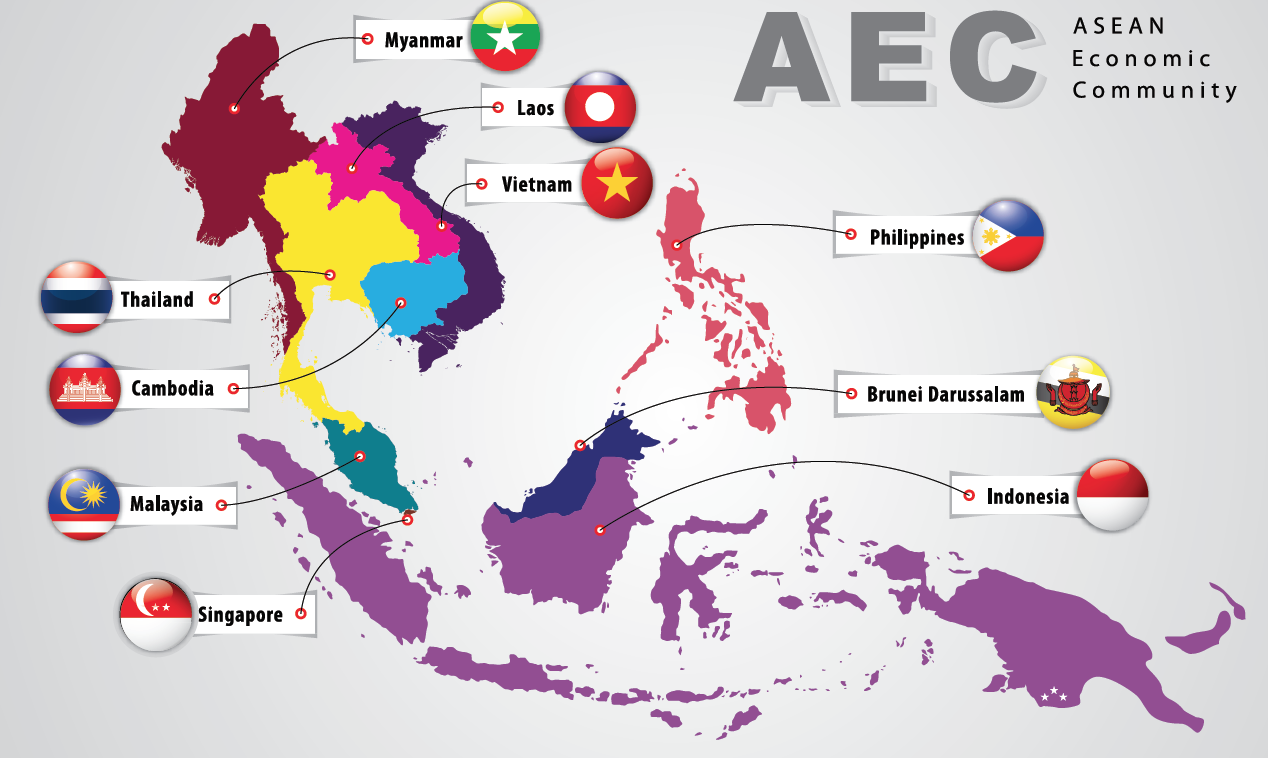 On March 21, finance ministry representatives of the Association of Southeast Asian Nations (ASEAN) signed a new framework agreement in Kuala Lumpur, Malaysia, that further advances the integration of the region’s banking sector. The ASEAN Banking Integration Framework (ABIF) is being viewed by its member states as a monumental deal and a major step forward in the liberalisation of the region’s financial-services industry. The agreement is underpinned by an emphasis on “inclusiveness, transparency and reciprocity”, as stated jointly by the member countries’ finance ministers.

The 10-member bloc of ASEAN—Singapore, Thailand, Indonesia, Malaysia, Philippines, Brunei, Vietnam, Myanmar, Cambodia and Laos—will expect to benefit from ABIF by being able to transfer funds more freely among member states, which in turn will enhance cross-border trade and investment opportunities.

ABIF is a precursor to the creation of the ASEAN Economic Community (AEC), which will be launched on December 31 of this year. The AEC is being commonly described as ASEAN’s version of the European Economic Community, one in which a completely free flow of goods, services and investment, as well as a considerably less inhibited flow of capital and labour skills, will be initiated. Given the pivotal role that banking and financial services will play in the AEC’s objectives being realised in practise, ABIF itself has been put in place beforehand to ensure that, once the AEC is implemented at the end of the year, any processes of adjustment will be as smooth as possible.

The ASEAN model differs specifically from its European equivalent, however, by the absence of an ECB (European Central Bank)-like regional central bank. This means that individual national central banks will have more flexibility by having the ability to agree on bilateral arrangements with each other, rather than having to abide by a “one size fits all” policy.

Banks based in all ASEAN countries will have the opportunity to achieve Qualified ASEAN Bank (QAB) status, the criteria of which will be determined by the two central banks involved in the bilateral agreement. On achieving QAB-status, the bank will then be allowed to operate in both countries, which should boost trade and investment between the two nations.

Singapore and Malaysia have been able to grow their banking presence in other countries, through financial giants such as DBS Group, United Overseas Bank and Maybank, but this has not been the case for banks with weaker balance sheets in other ASEAN countries. DBS, for example, has assets of $333 billion, substantially more than the combined total of $195 billion held by the largest banks in Thailand, Indonesia and the Philippines.

Through QAB, however, a smaller bank from an ASEAN country, such as Vietnam, will have the opportunity to build capacity and expand beyond its national borders through the bilateral agreement that will be at least partially supported by its national central bank. This will be of key importance to a smaller business looking to establish itself within the region, as its domestic bank will be more capable of providing financial support if it can also operate beyond its borders. The opportunity to continue using a familiar lender, according to ASEAN Business Advisory Council member Munir Majid, will provide “comfort” for such businesses.

The importance of bilateral reciprocity

According to Amando M. Tetangco, the governor of the Philippine’s central bank, Bangko Sentral ng Pilipinas (BSP), rigorous bilateral talks are essential at this stage because several member nations are not currently ready for integration. The most immediate priority under ABIF is for agreements to emerge whereby two ASEAN members establish banks in each other’s countries. By 2018, the bigger “ASEAN 5”– Thailand, Indonesia, Malaysia, Singapore and the Philippines—should each have a bilateral deal in place with other countries within ASEAN. By 2020, all member states are required to have at least one agreement locked down with an ASEAN neighbour. The Philippines central bank therefore asserted in mid-April that it is very likely that ASEAN’s banking industry will still take a long time to become fully integrated, not until 2020 or later.

For QAB to be effective for the smaller regional players such as Cambodia and Laos, the principle of reciprocity will be of paramount importance in any two-party agreement. Indonesia’s finance minister, Bambang Brodjonegoro, recently underlined this point, believing it to be critical for his nation’s financial integration with the rest of the region. Indonesia has previously been vocal about the high capital requirements and other protectionist measures that Malaysia has employed for entry into its banking sector. This has resulted in leading Indonesian banks such as Bank Mandiri being able to provide only remittance services within Malaysia. However, the advent of QAB under the principle of reciprocity has given encouragement to such banks to expand further within foreign territories under the terms negotiated by their central banks.

Assuming the agreements in place for achieving QAB-status are suitably robust, well-capitalised QABs will start to become more visible across the ASEAN region. ABIF will also foster a higher degree of competitiveness within ASEAN, and indeed, between ASEAN banks and financial organisations globally. This should provide a firm basis for further integration of the region into a singular economic community, one which could create an additional 14 million jobs and boost the region’s annual growth by 7.1 percent by 2025, according to a joint report released in August 2014 by the Asian Development Bank and the International Labor Organization.

However, there are major disparities between ASEAN members across political, social and economic lines that may yet prevent significant investment inflows from outside the region for the foreseeable future. The Asia Pacific Foundation of Canada in 2013, for example, found that Canadian-owned businesses experienced significant problems over intellectual-property infringement, corruption and inconsistent applications of laws and regulations that thoroughly dented business expansion in the region. Much work needs to be done, therefore, in eliminating the numerous inconsistencies between ASEAN countries. While the establishment of the ABIF and AEC will help in eliminating many of the numerous inconsistencies, much work still needs to be done to establish an effectively singular, viable and business-friendly environment, such as the one operating within Europe.

Nevertheless, ABIF is a major stepping stone towards achieving this goal. Bank Mandiri economist Destri Damayanti recently told The Establishment Post that she hopes ABIF will create a level playing field for ASEAN banks; but for this to happen, the agreements require “equal access, equal treatment and equal environment” for every bank. Only then, it seems, will ABIF provide the foundation for banks from the region’s smaller economic players to prosper.

BREAKING NEWS: Banks Pass Their MoT and Are Roadworthy Again!