Top Posts
Enabling the Drive Toward Green Finance with Technology
Why Have Tin Prices Struggled in 2022?
The Devil We Thought We Knew
How China Has Managed to Avoid the Inflation Bug
Are Your Bank’s Digital Marketing Metrics Meaningful?
Identifying Beneficial Ownership: A Regulatory Conundrum
Home Banking Recent Developments in Japan’s Banking Sector
Banking 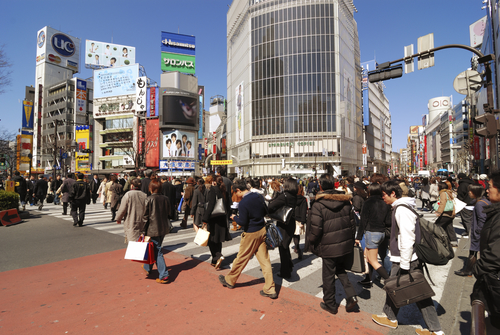 At the start of 2015, ratings agency Moody’s asserted that Japanese bank profitability will remain pressured by the country’s low interest rate environment and increasingly tightening credit spreads. This has proven to be the case thus far, which has resulted in many of Japan’s biggest lenders looking overseas in order to look for more fruitful opportunities.

Indeed, data released at the end of July from the Bank of International Settlements has revealed that Japan’s banks became the biggest cross-border lenders at the end of the first quarter of 2015. With $3.53tn of foreign loans, Japan’s banking sector has marginally surpassed its UK counterpart to renew its position as the world’s dominant cross-border loan provider. At a time when UK banks have been realigning their focus back on to the domestic market, Japanese banks have been looking abroad for growth opportunities, especially with the country’s low rates making it easier for lenders with large balance sheets to offer loan facilities internationally. Given the uncertainty over Japan’s long-term economic growth prospects, as well as its monetary environment, banks are also finding that they have little choice but to look abroad.

More recently, Japan’s lenders have stepped up their financing of infrastructure projects in Asia, especially in South East Asia, which has been backed by Prime Minister Shinzo Abe’s drive for Japanese companies to expand their presence in the region. Abe has been prolific in visiting South East Asia since taking office in December 2012, with many visits ending in major investment deals being agreed. Japan’s government also recently stated that it would apportion $110 billion of aid specifically to be used for infrastructure projects in Asia. This move is commonly being perceived as a response to the Asian Infrastructure Investment Bank, a China-led initiative to finance Asia’s growing need for infrastructure development, which begins life with $100bn of founding capital, and has 57 founding member nations. Japan has declined participation in the new development bank, however, and has instead pushed ahead with plans to establish its own presence as a provider of infrastructure finance.

As a result, lending from Japanese banks in many Asian countries has received a substantial boost. Japan’s banks have aggressively expanded in the region, with the country’s second-biggest banking conglomerate, Mizuho Financial Group, and two other banks receiving licenses to operate in Myanmar last year; Sumitomo Mitsui Banking buying a stake in Cambodia’s Acleda Bank, also in 2014, and Bank of Tokyo-Mitsubishi UFJ (MUFJ) acquiring Thailand’s Bank of Ayudhya in 2013. At Mizuho, overseas business operations accounted for 77% of income from customers in 2014’s final quarter, with the bank specifically citing the poor domestic margins from low interest rates as the chief factor determinant in looking beyond domestic borders.

Meanwhile, MUFJ in May became the first Japanese lender to announce an annual net profit of more than ¥1tn (USD $8.6bn in total). The lender has attributed much of this record profit to substantial increases in commissions from sales of investment products – a direct result of Japan’s booming stock markets over the last three years. The Nikkei rallied by 57% in 2013, by 7.1% in 2014 and by almost 18% so far this year which has allowed banks with significant stock holdings to benefit. Such stock market gains have been even more beneficial to Japan’s banks thanks mainly to the significant stakes held in nonfinancial companies by Japan’s ‘megabanks’ – MUFJ, Mizuho and Sumitomo Mitsui. Indeed, much of the recent surge in the capital ratios of those banks has come from unrealised stock market gains.

However, the level of cross-shareholdings at the three banks has been deemed risky by Japan’s Financial Services Agency (FSA), which has warned the lenders that their heavy exposure to equity markets could pose severe problems to their capital levels. Japan’s financial regulator calculated that the megabanks’ cross-shareholdings – where shares are held by banks in their client companies and those companies reciprocally hold shares in their banks to improve business relationships – equate to nearly 50% of their core capital, well in excess of the US and Europe who both have less than 10%. In early July, therefore, the FSA has urged the three lenders “to bolster their financial strength, including reducing the risk from stock price volatility”.