Top Posts
Challenges Remain, But There Are Opportunities to Be Had in...
Interview with Mr. Olukayode Pitan, Chief Executive Officer and Managing...
Commodities Outlook for 2023
The Value of Cash in a Time of Crisis: How...
The US-Africa Leaders Summit: Fostering a Closer Relationship with the...
Three Key Sectors in Which to Invest in 2023
Home Banking Reduction of Bad Loans Provides Silver Lining for Europe’s Troubled Banking Sector
Banking 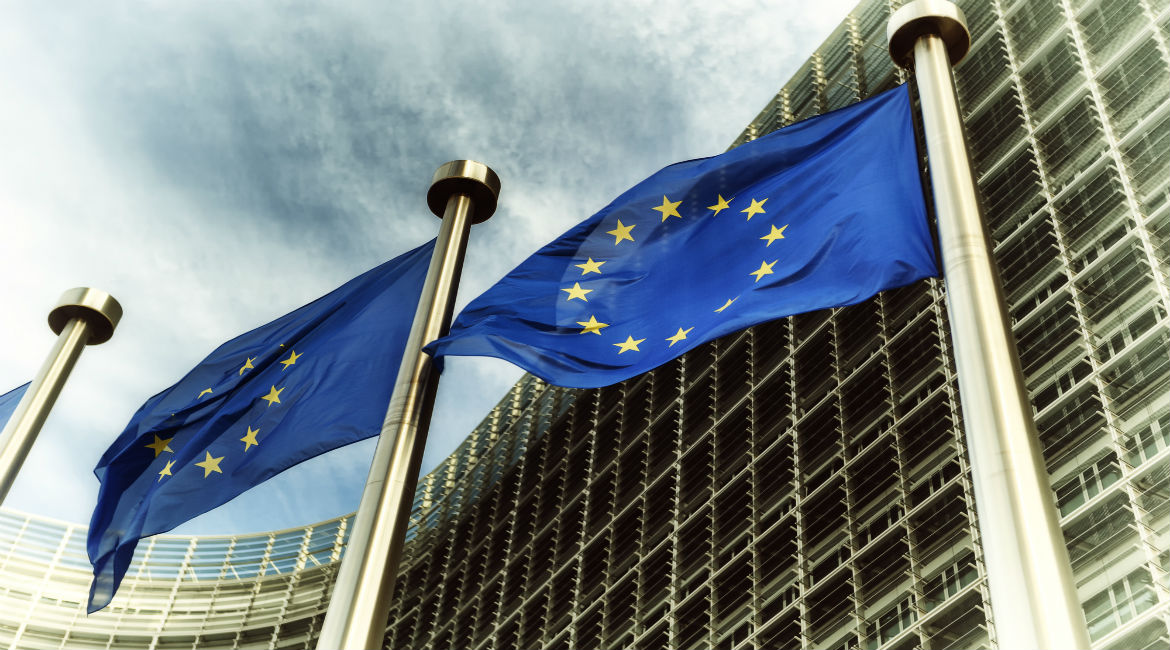 It hasn’t been the easiest of times for Europe’s lenders. A low-interest-rate environment in the region has badly dented profitability for many banks, and in an increasing number of cases, they are being forced to pass on this burden to customers by charging negative rates on corporate savings and household deposits. Indeed, a Deutsche Bundesbank survey in November found that nearly 60 percent of German banks are charging negative interest rates on the deposits of their corporate clients, and 20 percent of banks are doing the same for retail customers.

But one of the few glimmers of hope for European lenders during this time has been the reduction of bad loans, which stand at their lowest levels since the financial crisis. Indeed, the pile of toxic debt that remains on European Union (EU) banks’ balance sheets has been cut in half over the last four years, according to November data from the European Banking Authority (EBA), which examined a sample of 150 EU banks accounting for more than 80 percent of the sector’s total assets. Nonperforming loans (NPLs) throughout the EU are now recorded at €636 billion, equivalent to 3.1 percent of total loans, which is sizeably lower than the €1.15 trillion recorded in June 2015 (or 6 percent of total EU loans at the time).

The reduction can be largely credited to regulators and various governments, both of which have worked hard to take action that, in many cases, has alleviated the burden of bad loans that has weighed heavily on banks’ balance sheets for much of the decade. As the EBA notes, the improvement has been precipitated by “supervisory attention and political determination to address the NPL issue effectively, coupled with banks’ efforts to enhance their NPL management capabilities”. Further support has also come in the form of “positive economic growth, low interest rates and decreasing unemployment”, the EBA notes, although it also warns that stockpiles of bad loans still remain high in some countries, most notably Greece and Cyprus.

Southern European nations have been the most active reformers of the entire bloc. Between December 2014 and June 2019, Cyprus managed the biggest reduction of all, registering a 29.3-percent fall in its NPL ratio to 21.5 percent, followed by Portugal and Italy, which both managed a 9.1-percent reduction to 8.9 percent and 7.9 percent respectively. At the same time, Cyprus’s NPL coverage ratio increased by 15.2 percent to reach 45.9 percent. By June, only Greece and Cyprus had NPL ratios in double digits—39.2 percent and 21.5 percent respectively—compared with 10 EU countries in this bracket back in 2015. Portugal and Italy lie in the third and fourth positions, while Bulgaria, Croatia, Hungary and Slovenia round up the remaining countries with ratios greater than 5.0 percent.

“There are significant ongoing initiatives that aim to further boost the reduction of legacy assets both at {the} European level and in specific countries,” the EBA said. In many cases, it has been government assistance that has been at the heart of these accelerated reductions. Cyprus, for instance, has achieved its substantial NPL reduction thanks mainly to its banking sector undergoing a major restructuring. In June, the government passed into law its Estia Scheme, which aims to boost borrowers’ ability to repay their mortgages rather than defaulting, with the government subsidising part of the repayment amount of the restructured loan.

Italy, which is among Europe’s worst for distressed loans, meanwhile, has also benefited from government backing. According to S&P Global Ratings, the country’s nonperforming exposures have declined from just under €350 billion in 2015 to around €150 billion by the end of 2019’s second quarter. Much of this shedding can be attributed to the securitisation of bad loans, whereby Italian banks have repackaged their debt and sold it off to investors. Following much pressure by Italian regulators, loans representing more than a third of the outstanding amount have been sold in securitisation deals, mostly via the CAGS guarantee scheme introduced by the Italian government in 2016, which was recently renewed until May 2021. The scheme allows banks to obtain a state guarantee to back the less risky portions of the repackaged debt, which in turn boosts the debt’s profile for potential buyers.

Indeed, CAGS has been so successful that it has been adopted by another beleaguered European banking system. Greece’s Hercules Asset Protection Scheme similarly enables the government to buy certain segments of distressed debt that the country’s lenders aim to sell to investors. Having gained approval from the EU to establish such a plan in October, it is estimated by George Zavvos, Greece’s deputy minister of finance, that Hercules will help to cut up to €30 billion of nonperforming loans, or 40 percent of the total outstanding pile. The European Commission (EC) has been supportive of the plan, finding it to be “free of any state aid”.

Elsewhere, Ireland has been among the most active sellers of bad loans this year. Irish banks have managed to drastically reduce their toxic debt in recent years, following the country’s disastrous property crash a decade ago. “Improved market conditions and regulatory changes”, according to S&P Global Ratings, are encouraging Irish banks in their efforts to sell large chunks of their bad loans, chiefly to non-banking entities, and thus restructure their balance sheets. By July, lenders operating in the country had sold €6.2 billion of loans, and between December 2014 and June 2019, Ireland’s NPL coverage ratio had fallen by 15.5 percent to 27.2 percent.

The 71-percent-state-owned AIB (Allied Irish Banks) agreed in April to offload a tranche of loans to US distressed-debt giant Cerberus Capital Management, originally valued at €3 billion. Covering more than 1,000 customers and 2,800 assets, the NPLs were eventually sold to Cerberus affiliate Everyday Finance for €850 million. AIB managed to reduce its total NPLs from €31 billion in 2013 to less than €5 billion by July 2019. Dutch lender Rabobank, meanwhile, sold the remaining loan book of its subsidiary ACC Bank, initially valued at €3 billion-plus, to buyers including Goldman Sachs, distressed-debt firm CarVal Investors and debt-collection firm Cadot for €800 million in total. And the Royal Bank of Scotland Group’s Ulster Bank also announced the sale of its €800-million nonperforming mortgage portfolio of home loans and buy-to-let properties to US fund CarVal Investors. The portfolio is reportedly tied to more than 3,000 mortgages, with 40 percent of the loans having been sour for more than seven years.

But if some believe the improvement in bad loans hints at an overall recovery for Europe’s lenders, the EBA says otherwise. In a November survey of 131 EU banks, the EBA found that profitability across the sector dipped to 7 percent on average in the 12 months to the end of June. This is 0.2 percent lower than a year earlier. “There are hardly any clear catalysts for an improvement in bank profitability that appear on the horizon. It tends to be rather the other way round,” the EBA warned. “Even though low rates might be supportive when it is about the costs of market-based funding and new lending volumes, they still pose pressure on banks’ net interest margins.” A deteriorating macroeconomic environment, coupled with low interest rates and intensifying competition from both banks and fintech firms, is expected to add further pressure to bank profitability.

The pan-European regulator also concluded that banks are once again gearing up to take on riskier loans. In an increasingly desperate bid for positive yields, banks have been found to have increased total asset volumes by 3 percent during the 12 months to June and have “significantly increased” their riskier lending portfolios (consumer, commercial-real-estate and small-and-medium-sized-enterprise financing), with more expected to come. “Under a bleak economic outlook, banks should avoid an unduly easing of credit standards.”

But at least on the bad-loan front, further shrinking could well transpire. Italy’s bad-loan manager, Treasury-owned AMCO (Asset Management Co SpA), recently confirmed that it will be raising €1 billion of new capital before the end of the year in a bid to absorb more toxic assets. It is expected that the capital will be used to purchase loans from ailing lender Banca Carige. And reports have also emerged that AMCO will take on €10 billion of impaired debt from Banca Monte dei Paschi di Siena, for which the government has been locked in negotiations with the EU for several months. According to the chief economist of the Italian Banking Association (ABI), Francesco Masala, moreover, Italian lenders should see a decline in their impaired loans by a net €15 billion per year over the next few years. If this is achieved, then the ABI expects that Italy’s banks will be able to lower their aggregate soured loan exposure to just over 5 percent of total lending by 2022, which would be close to the new benchmark for lenders as stipulated by the guidelines issued by the EBA.