Top Posts
How Gamification is Catapulting Digital Banking to the Next Level
Challenges Remain, But There Are Opportunities to Be Had in...
Interview with Mr. Olukayode Pitan, Chief Executive Officer and Managing...
Commodities Outlook for 2023
The Value of Cash in a Time of Crisis: How...
The US-Africa Leaders Summit: Fostering a Closer Relationship with the...
Home Banking Reforming Global Reference Rates: the Particular Challenges of EU Benchmark Reform
Banking 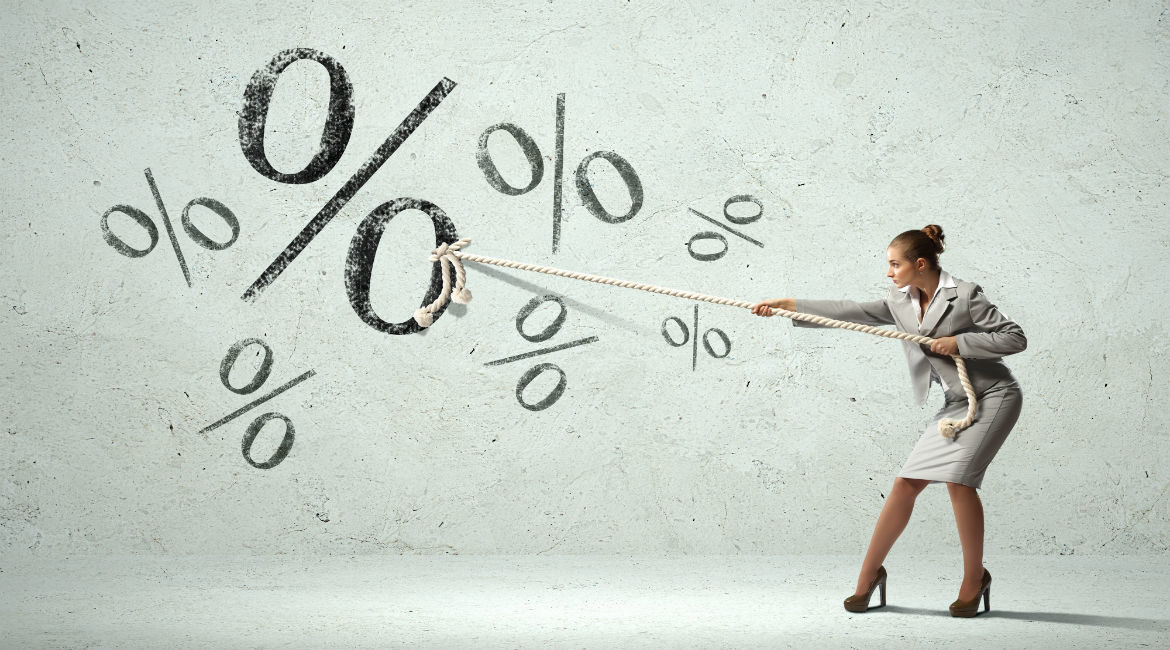 The starting gun on efforts to switch from IBORs (interbank offered rates) to new risk-free reference rates (RFRs) may have been fired by supervisors several years ago, but there continue to be many details to work through on this thorny and complex issue.

Work is underway globally in five different jurisdictions—the European Union (EU), Japan, Switzerland, the United Kingdom and the United States—to move to RFRs. In addition, consultation is taking place in Hong Kong and in Singapore on replacements for their HIBOR (Hong Kong Interbank Offered Rate) and SIBOR (Singapore Interbank Offered Rate). In each case, there are unique challenges to overcome, but efforts within the EU have been particularly complex owing to the fact that the switch to RFRs is happening alongside wider reform under the EU Benchmark Regulation (EU BMR).

Recently, the EU granted two years of extra time for the industry and regulators to deal with some of the trickiest BMR issues, but there is still much to be done.

An issue of paramount concern

Moving from the current regime of well-established reference rates to new or reformed benchmarks will impact a vast number of consumers, corporates, investors, banks, market-infrastructure providers and others. The shift will cover not only swaps, bonds and loans, but also bank risk management, accounting issues, transaction documentation and market liquidity—and in some but not all cases, consumer loans. In the EU alone, it will affect financial contracts worth in the order of more than €100 trillion, so if it is not handled carefully, the transition could have profound implications on the real economy. Continued industry and regulatory engagement will be essential to ensure a smooth transfer.

And while this process is an almost inconceivably large undertaking, the case for change is clear. The days of submission-based rates have been numbered since the onset of the financial crisis and the so-called rate-rigging scandal, which resulted in a global drive to reform IBORs and other submission-based rates. The loss of public trust in the veracity of the LIBOR (London Interbank Offered Rate), in particular, made it clear that maintaining the status quo was not an option. Since then, many banks have, for understandable reasons, become increasingly reluctant to continue submitting the data used to calculate such rates. The underlying volume of the relevant transactions has also been declining. These are all factors that have undermined the depth and representativeness of the data and have demonstrated the need for reform.

The EU Benchmark Regulation (EU BMR) has a number of high-level objectives, particularly around improved governance and the quality of the data that is used to calculate benchmarks. It will have perhaps the most profound impact in the area of what the regulation has described as “critical benchmarks”. The EURIBOR (Euro Interbank Offered Rate) as well as another commonly used rate, the EONIA (Euro OverNight Index Average), are not currently BMR-compliant, and both must either be replaced with new rates or significantly reformed.

According to the ECB (European Central Bank) data, there are an estimated €22 trillion of EONIA-linked derivatives contracts in existence and €109 trillion linked to the EURIBOR. The sheer number and variety of financial contracts linked to the EONIA and EURIBOR mean there will be implications for many different products and market users.

Additionally, the compliance, or not, of third-country benchmarks is another big area of concern. All benchmarks administered outside of the EU fall into this category, and they are widely used by EU financial firms and corporates for many commercial purposes, including to hedge against foreign-currency fluctuations. For their usage to continue, foreign benchmarks must be registered with the EU, and at present, there continues to be considerable uncertainty over whether all third-country benchmark administrators who wish to become BMR-compliant will be able to do so via existing regulatory channels. A scenario in which widely used third-country benchmarks are no longer available could lead to significant disruption for market participants.

Extra time should be used wisely

When the BMR came into force in 2018, it included a two-year transition period, scheduled to last until January 1, 2020. Due to the complexity and uncertainty surrounding the transition, and with that date fast approaching, there has been significant industry concern about whether it would be possible to achieve a smooth transfer to a new regime within the time available. For this reason, AFME (Association for Financial Markets in Europe), along with several other trade associations, such as ISDA (International Swaps and Derivatives Association), FIA (Futures Industry Association) and EMTA (Emerging Markets Traders Association), strongly argued that more time was needed.

So the announcement in February that an extra two years had been granted for transition efforts, until December 31, 2021, was hugely welcome. It is now vital that this time is used well to ensure that solutions to these issues can be identified and implemented effectively.

Authorisation for the EONIA and EURIBOR

The signs so far are positive. At AFME and EY’s (Ernst & Young’s) recent IBOR Transition and Benchmark Reform Breakfast Briefing, Jean-Paul Servais, chairman of Belgium’s Financial Services and Markets Authority (FSMA), the body responsible for authorising the EONIA and EURIBOR, brought welcome news about both critical benchmarks. On the EURIBOR, he felt it was possible that a reformed version of the benchmark could be authorised as soon as the coming summer.

Unlike in other jurisdictions that are planning to phase out IBOR-based rates entirely, the EU has been keen to keep the EURIBOR alive, largely due to its prominent role within the European mortgage sector. Sebastián Albella, chairman of the CNMV (Spanish Securities Markets Commission), pointed out in a recent speech that in Spain alone, one in four mortgage contracts is linked to the EURIBOR.

The European Money Markets Institute (EMMI) has been working on a revised methodology for calculating the EURIBOR since mid-2018. In place of the current model, which solely relies on submissions, it is expected to move to a “hybrid methodology”, which will take into account real transaction data on top of bank submissions—supplemented by other market data as necessary.

For the EONIA, the process is expected to take longer, but even so, Servais was confident that approval would be achieved by the end of the year. The shift to a new EONIA will involve a more drastic revision of its methodology. The EMMI discontinued its efforts to reform the EONIA as currently constituted in February of last year, stating that it was unlikely the rate could become BMR-compliant in its current form due to issues with the representativeness of the data its calculation is based on. Instead, it will be calculated with reference to the ECB’s new euro risk-free rate ESTER (Euro Short-Term Rate). The ECB is due to begin producing ESTER data from October—although it has already begun publishing pre-ESTER data—at which point the current EONIA will be discontinued. In its place, the new rate will track the ESTER by a fixed margin. The EMMI is currently consulting on the details.

If the EMMI succeeds in gaining approval for both benchmarks to continue to be used by the end of this year, this will be a significant step forward and will put the industry in a good position to ensure a smooth transition before January 2022. As Tilman Lueder, head of securities markets at the European Commission (EC), commented recently, resolving this aspect of the transition process will also free up regulatory capacity, which can instead be focused on developing a workable regime for third-country benchmarks.

Lueder made clear that, despite the two-year extension period, the European Commission does not intend to make significant changes to the scope of BMR rules, especially as it wants firms to prioritise BMR-compliance. However, it will be looking at simplifying the procedures that the EU uses to recognise third-country indexes, creating a more straightforward framework for determining whether foreign benchmarks can be deemed “equivalent” and therefore BMR-compliant. Asian countries with the most important benchmarks for European users, such as Japan, New Zealand and Hong Kong, will be the first rates examined.

More generally, he also indicated that the Commission would be open to suggestions about how to make the third-country regime more effective, efficient and simple to administer. These comments are welcome and suggest that there is at least some appetite for discussion on how to resolve particularly difficult issues.

No let-up in the pace

Despite the extra time that has been made available, there is still much work to do in readiness for the new December 31, 2021, deadline. Market participants should continue to press ahead with their efforts to raise awareness with customers, review their contracts and make any other necessary provisions. There are resources available to assist firms with this; the Global Financial Markets Association (GFMA) has, for instance, produced a number of materials that aim to provide an overview of the transition process and its key stages. A successful transition will involve constructive engagement by all parties over the next two and a half years, so it is vital that there is no let-up in efforts.