Top Posts
Commodities Outlook for 2023
The Value of Cash in a Time of Crisis: How...
The US-Africa Leaders Summit: Fostering a Closer Relationship with the...
Three Key Sectors in Which to Invest in 2023
Three Key Stocks in Which to Invest in 2023
Liquidity Management: A New Challenge for Banks
Home Banking Restoring a Banking Sector to Health—the Ukrainian Experience
Banking 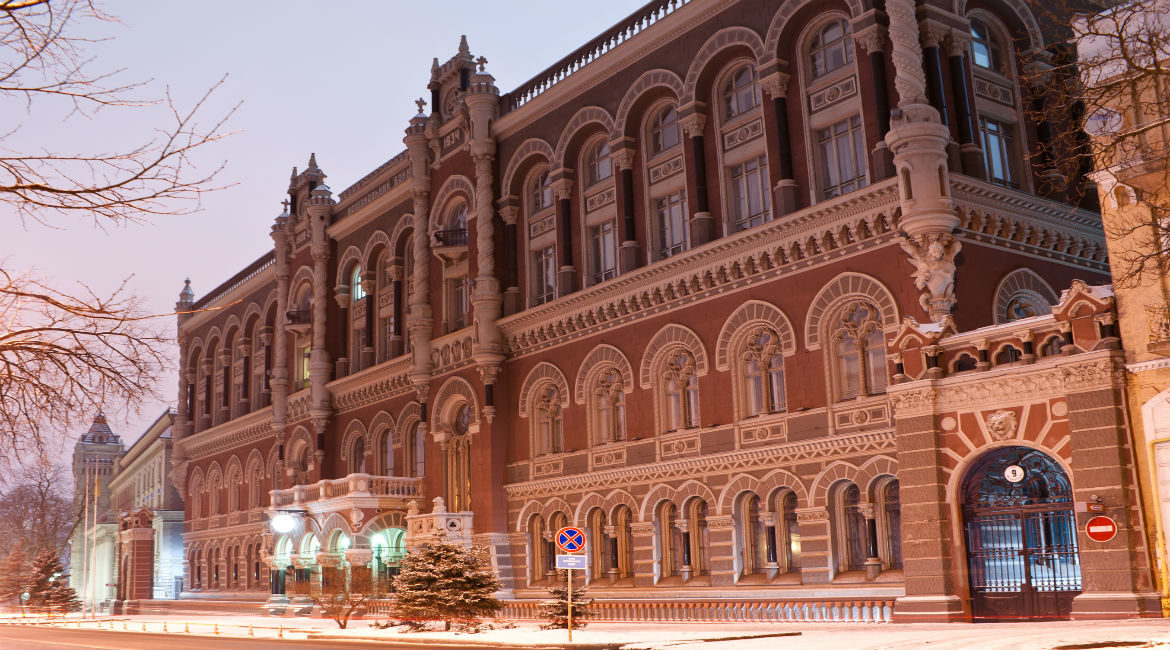 By Yakiv Smolii, Governor of the National Bank of Ukraine

The National Bank of Ukraine (NBU) team and I have just returned from Washington DC, where we took part in this year’s IMF (International Monetary Fund) Spring Meetings. With our international stakeholders, we discussed the economic outlook of Ukraine, our ongoing IMF programme and the increasing number of foreign direct-investment opportunities.

I had every reason to feel confident in these meetings. Stable growth has returned to the Ukrainian economy; inflation rates have come down drastically from their 2015 peak. Our banking sector is healthier and better prepared to withstand external shocks than ever before. We are working hard to push forward with numerous reforms, and are slowly but surely transforming our country for the better.

As recently as four years ago, such an optimistic outlook seemed nearly impossible. When the new team, me included, joined the National Bank of Ukraine in 2014, the country was facing a perfect storm of macroeconomic, currency and banking-sector challenges. We were in the midst of a deep recession following Russia’s annexation of Crimea, and war was erupting across the East of our country: in the first quarter of 2015 alone, the Ukrainian GDP (gross domestic product) fell by a massive 17.6 percent compared to 12 months previously.

The banking sector, particularly, was a mess. Money laundering and financial crime was commonplace, and the regulatory ability of our institutions to get a handle on this was weak, at best. It was clear that change had to start from within—if we were to truly clean the banking sector up, we had to start by addressing our own inefficiencies at the central bank. To start afresh, our team of private-sector professionals was appointed to bring international best-practice standards to a central bank that was not fit for purpose.

We looked at every aspect of what the National Bank of Ukraine did in order to streamline and modernise operations. We got rid of non-core assets on the central bank’s books, which included a hospital, holiday resort and sports complexes, universities and TV channel. Instead, resources were refocused around core central bank responsibilities—banking regulation and supervision, monetary policy and exchange-rate management.

With the NBU itself becoming a modern institution, we were able to turn our attentions to the economy. In 2014 Ukraine’s financial sector was in desperate need of stability, and so our team had to take decisive and dedicated action to address problems that had been building up for many years. One of our first streams of work was stress testing Ukraine’s banks. As had long been suspected, nearly 50 percent of all banks in the country were undercapitalised, in breach of banking standards, or even implicated directly in financial crime. Banks were given the opportunity to change—and those that did not were shut down.

But the most troubled situation was in PrivatBank. Our stress testing identified a US$5.5 billion shortfall in the bank’s finances. It was a big deal, as PrivatBank is Ukraine’s largest bank, with 50 percent of all the country’s retail transactions passing through it. And just shutting down a systemic bank of that scale just was not possible—it could jeopardise the entire country’s financial stability and economic performance.

So, in an unprecedented and bold move in December of 2016, the National Bank of Ukraine declared the bank insolvent, and the Cabinet of Ministers of Ukraine nationalised PrivatBank. We have shown a dramatic example of the most effective cooperation of all government agencies, which focused action on a joint aim. It was not an easy decision, but it was the only way to preserve financial stability and protect the savings of millions of Ukrainians. We managed to do that. PrivatBank, now owned by the state, operates in a regular way and provides service to its clients.

An independent investigation by Kroll presented in early 2018 confirmed that there was large-scale fraud within PrivatBank, more than US$5.5 billion’s worth. We’re trying to get these funds back from the ex-owners of the bank by legal means.

At the same time, we understand that having more than 50 percent of banking assets owned by the state is not healthy in the long run. Together with the Ministry of Finance, we’ve elaborated the strategy of the state banks’ development, aiming at decreasing this number.

We are proud of our reform achievements and the support we have received from Ukraine’s international partners, such as the IMF, EBRD (European Bank for Reconstruction and Development), World Bank and others. Moreover, we’re staying in the IMF programme and hoping to continue our cooperation. We do owe a lot to our international donors and partners who have supported us on our uneasy path to financial stability.

However, it is clear that there is still a lot of work to be done before Ukraine’s economy can realise its full potential, supported by strong banks giving promising businesses the finances they require.

We are working continuously to ensure that banks are able to lend to the real economy, and that international businesses can find a home in Ukraine. The funds are there already to support immediate lending to strong businesses, and Ukraine’s low-cost, high-skilled population is more than ready to take on the challenges that foreign direct-investment represents.

We have put a large focus on the modernisation and liberalisation of the foreign-exchange (FX) system, a theme that I will continue to push during my service as governor of the National Bank. For too long, Ukraine has lived with a system of arcane, inefficient currency controls that are just not fit for the modern world. If our country is to secure the investment it needs, investors must have peace of mind and minimal administrative burden when it comes to inward investment or repatriating profits.

A new FX law, currently sitting in Parliament, will make Ukraine a much more investor-friendly place and will help the country take its rightful spot amongst the major European and global economies. We believe in the free movement of capital, and that a well-functioning economy for Ukraine is impossible in today’s world without it.

Technology, too, provides ample opportunity for banking in Ukraine to become quicker, easier and much more transparent. The days of queuing at the bank for a simple transaction must be over for Ukrainians; instead, we will become champions of Internet and mobile banking. Financial services have to be faster, more efficient and easier to use for both retail and business customers. Innovative technologies will take us there, and Ukraine’s world-leading start-ups, backed by Western accelerators, are working on the tech right now.

The other side of the digitisation coin, however, is the threat of cybercrime. Cyber-attacks can be a very real danger to individual banks and the financial system as a whole. It is the job of a responsible regulator to think about this, and we have already set up a dedicated centre for cyber-security within the National Bank. Over the coming years, we will be introducing—and enforcing—regulations on mandatory cyber-security measures to be rolled out across Ukrainian banks.

In short, we have come a long way in recent years, and Ukraine is firmly on a path to economic growth and European integration. However, there is much to be done to maintain this momentum. With the EU-Ukraine Association Agreement now fully live, European banking regulations and corporate-governance standards should be the norm across our banking sector—and across the economy as a whole in the long-term.

We, the National Bank of Ukraine, have a unique opportunity to help secure sustainable growth and prosperity for generations of Ukrainians—and the responsibility of introducing our great country to the rest of the world’s economies. It is a task in which I will take great pride doing as governor of NBU for years to come.